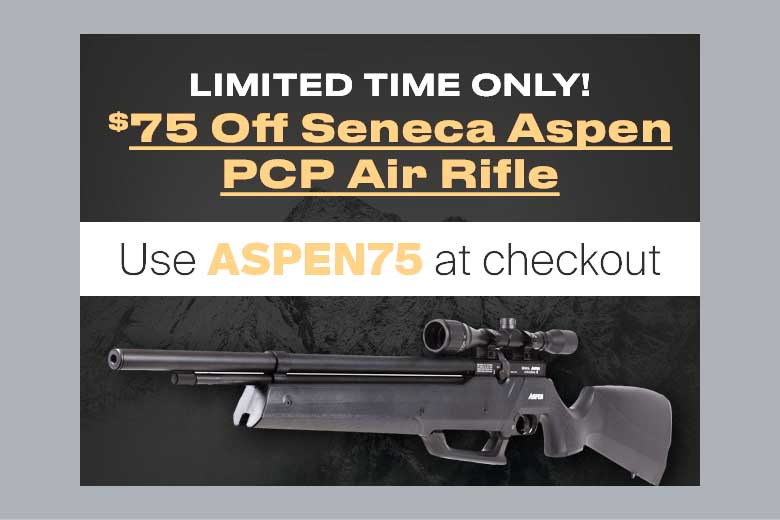 Check out the latest Seneca Aspen Deals from Pyramyd Air. You can save $75 off of the usual price by using the code ASPEN75 at checkout.

The Seneca Aspen is an innovative PCP air rifle which includes its own built-in hand pump. It’s available in .177 caliber, .22 cal and also .25 cal.

There’s also power adjustment capability and the gun is bundled with a 4×32 AO scope.

The Seneca Aspen is very similar to the American Tactical Nova Freedom air rifle that’s one of the most popular ever HAM test reviews. The main differences are the lack of iron sights and their replacement by a scope.

HAM tested this gun in .22 caliber. We also investigated its “tunability” and found some remarkable results.

Pyramyd Air says that these Seneca Aspen deals will run until February 24, 2020 – or until existing stock is sold. The HAM Team suggests that you hurry on this one…

Check out these other resources to find more great airgun deals…

If you have any questions, always contact the dealer involved directly, not Hard Air Magazine. Reference this post: Airgun Deals February 11, 2020. 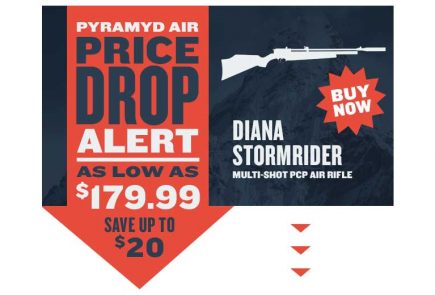 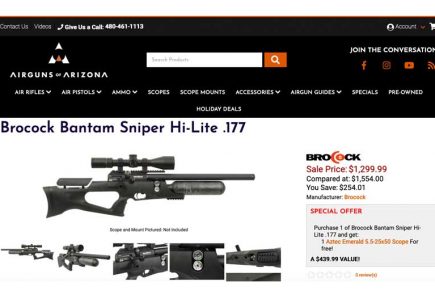