An Air Gun For Christmas 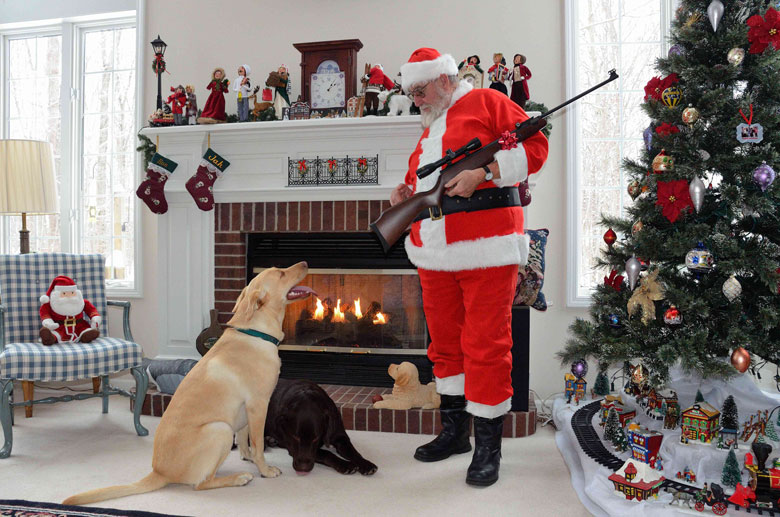 When I was a kid growing up in rural Indiana, every one of my friends wanted an air gun for Christmas, or already had one!

Sure, we also wanted a sled, ice skates, a hockey stick, and maybe the games of Monopoly and Canasta. Winters weren’t quite as bad in northern Indiana as they are here in mid-Michigan, but if you’ve every watched Ralphie and Scut Farcus in A Christmas Story, that is the type of winter we were usually accustomed to.

Ralphie and I both lived in the North West Corner of Indiana, and we had similar dreams about finding our first Daisy Red Ryder BB gun under the tree Christmas morning. So if you live anywhere in the northern states, there is a good chance you looked out the window Christmas morning to see snow on the ground.

As I write, it is a week before Christmas, and we have a foot of the white stuff blanketing our lawns, fields and woods. 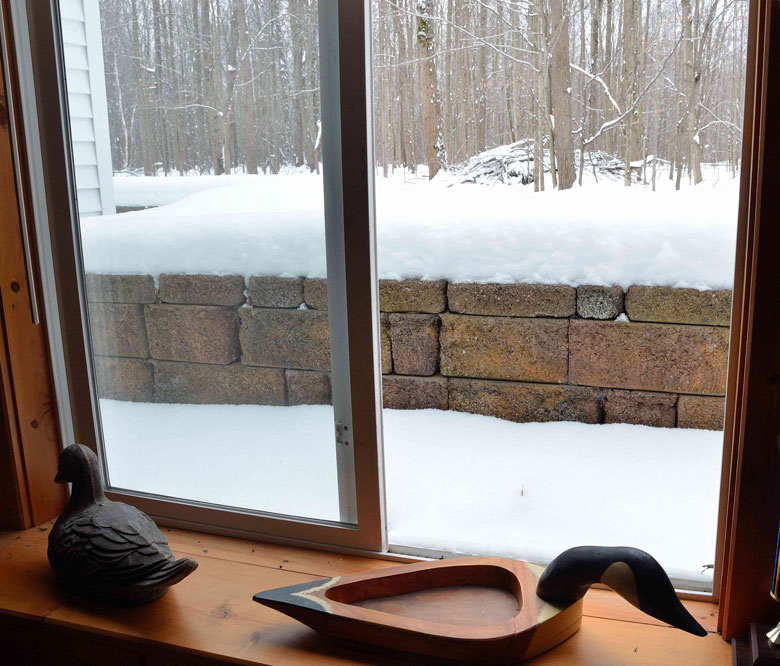 If you’re surfing Hard Air Magazine, there is a good chance Santa brought you an air gun for Christmas. And unless you live in Florida, California, Texas or Georgia, there is a strong likelihood that weather conditions are not conducive to enjoying your new hobby outdoors.

But adverse winter weather conditions are the precise reason why I have continued to stay involved recreationally with air guns.

When Old Man Winter layers our autumn leaves on the ground, then buries them in snow, it’s nice to know that we can continue to enjoy our gun hobbies in the garage, basement, or spare room.

For anyone who received their first air gun for Christmas, here’s a few thoughts on setting up an indoor range for the winter.

The process is really so simple, that most of you probably don’t need much assistance in doing that. But I’ll jot down a few basics and some important safety considerations for those of you who just found your first BB or pellet rifle/pistol under the tree and want some help getting started with your air gun for Christmas. 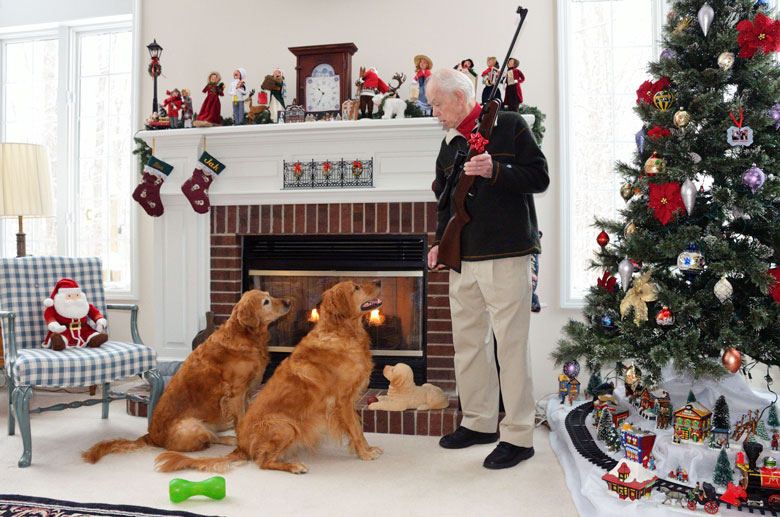 So while the rest of the family is munching on a turkey leg, or watching a football game on T.V. while devouring a piece of mincemeat pie smothered in Turkey Gravy (you laugh !!!….my uncle did just that), you and I will see what little time and energy it takes to improvise a safe indoor range in a room safe from unannounced visitors.

Step 1: Look for a safe, somewhat secluded place to shoot, where you can set up a range of at least 15 feet. Some spare rooms are large enough, and a spot in the garage might work if it is insulated or heated, but most likely it will be in the basement.

That’s where mine is.

Part of my basement is my Sportsman’s Room. But I also have an area which doubles as my gun maintenance and shotgun shell reloading room, with an extended area which is mostly storage. If I want to test a gun at 10 Yards range, that is where I set up.

But if a five Yard range is adequate, then I frequently set up right in my Sportsman’s room. 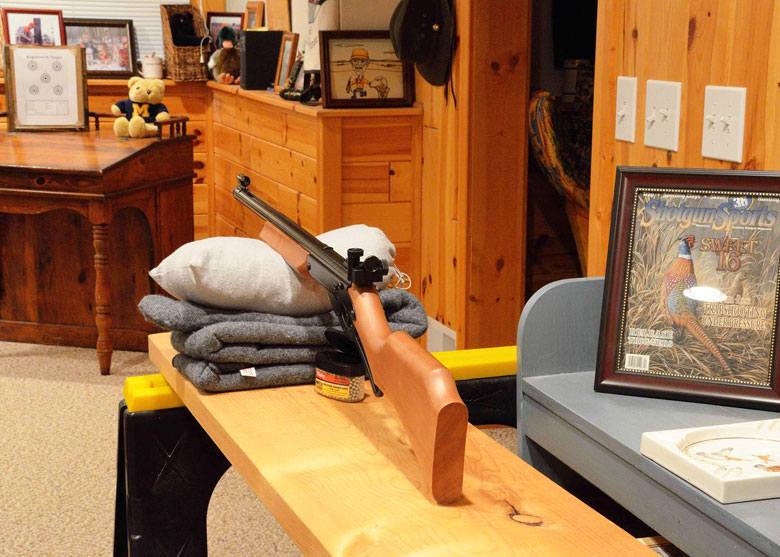 The most important consideration is how other family members access the room. You MUST set up so no one will enter the room un-announced in their stocking feet, or the family dog or cat won’t enter your range while you have your head buried in the stock with total concentration on the target. That’s a LONG sentence – but a hugely important one.

Step 2: Set up the range at a distance which virtually guarantees that you won’t miss the target and backstop. If you are new to air guns, that means less than 10 yards for an air rifle being shot off-hand, and maybe less than 5 yards for off-hand handgun shooting.

Stop 3: Purchase a backstop which will be convenient to use over the long haul. Initially, I stuffed old L.L. Bean and Cabela catalogs in a cardboard box of approximately the same dimension.

It worked, but you will soon find that it is a Royal Pain to be constantly replacing the outer box when the cardboard deteriorates, or replace the shredded catalogs every few days.

All of our on-line air gun suppliers have a variety of safe and efficient backstops for your targets. I’m currently using the Air Venturi Quiet Pellet Trap and it will stop any air gun pellet regardless of the velocity. 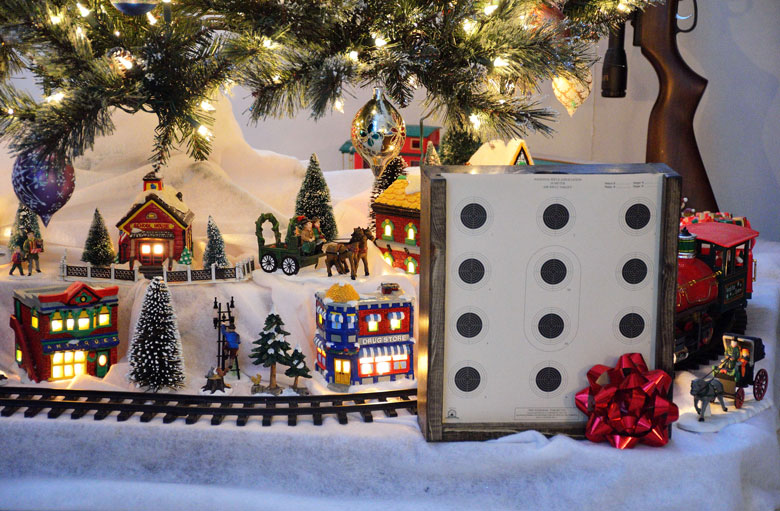 I can set it up atop a table, bar stool, or desk without fear that the pellets or BBs will shoot through the back of my target stop.

Targets: All of our on-line air gun dealers have a variety of official paper targets. But initially, if you have a computer and printer, you can go to www.mytargets.com and find a target to suit your needs.

Step 4: Set up a shooting bench. This can actually be a small table, with sufficient length to allow you to position your rifle safely for bench shooting. You can use a blanket roll for a rest. Most any comfortable chair without arms will provide seating.

I have been known to use two portable saw horses and an 8 Foot length of 2×12. The lumber was left over from a make-shift book shelf we had in a previous home. It’s both portable and stable. What’s not to like ? 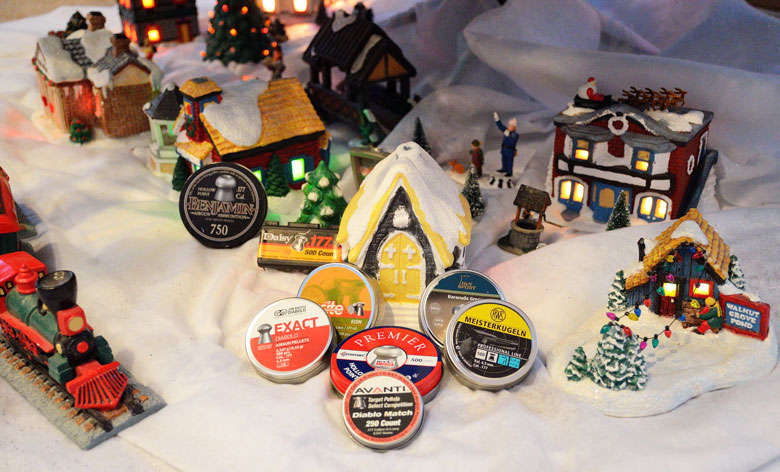 Ammunition: Hopefully, Santa had the foresight to provide you with an assortment of pellets and/or BBs with your air gun for Christmas.

After you have shot enough rounds through your new gun to season the barrel (100 – 500 shots) and become accustomed to the sight picture and trigger pull, you’ll want to shoot test groups to see which performs most accurately in your gun.

You can start out with 3 to 5 shot groups. I like to shot 3 to 4 groups with each pellet, averaging the group size to make my comparison. 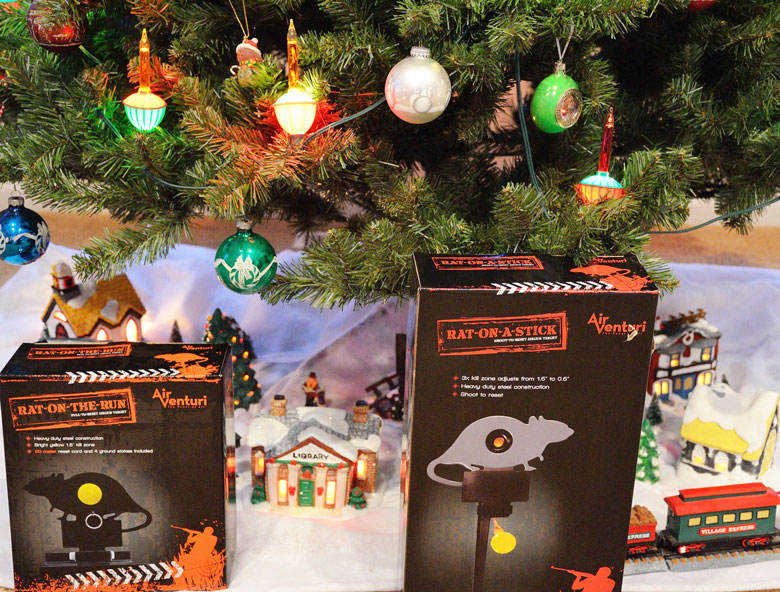 Where I live, I’m surrounded by neighbors. Each sub-division lot is over 2 acres, but homes are just close enough that an errant shot or ricochet might endanger a neighbor or his dog. But I’ve got 4 gun clubs within easy driving distance of my house and all have outdoor rifle ranges of varying distances.

Merry Christmas and Happy New Year. I hope that Santa brought you a nice new air gun for Christmas! 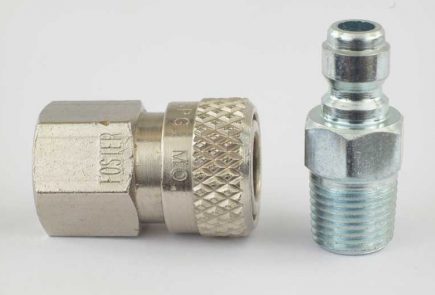 HPA Fittings Warning – If You Have A PCP You Need To Read This!
Read More 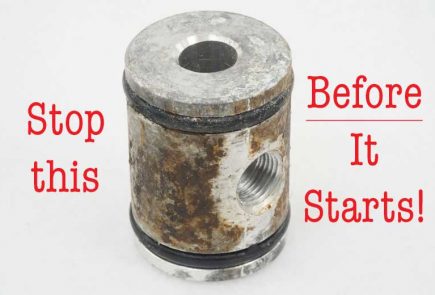 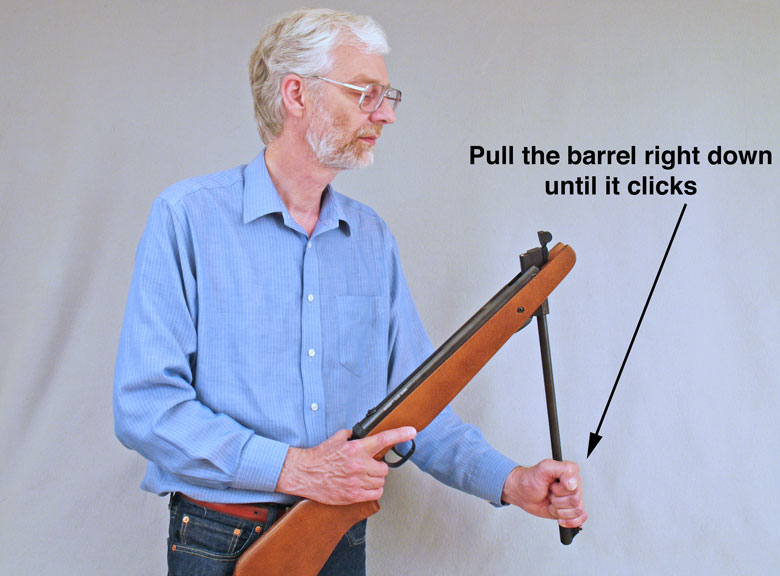