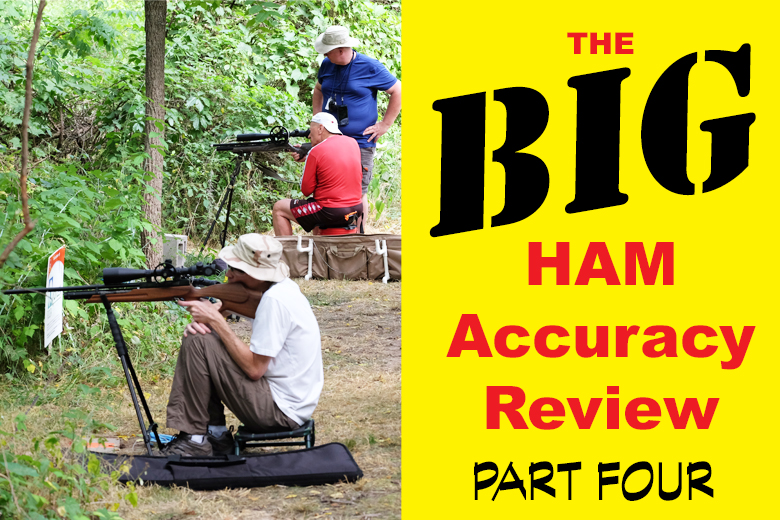 To find the most accurate .22 caliber pellets, we analyzed the results of 35 comprehensive HAM test reviews. All except five of these were PCP air rifles. This means that the results and conclusions given here are primarily focused on this type of propulsion. 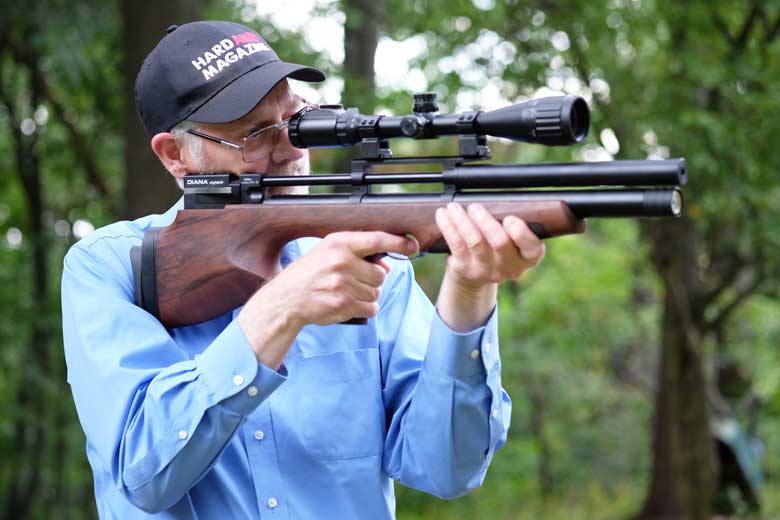 As we can see from the chart below, there’s a very clear pattern for greatest accuracy. This chart covers all the .22 cal airguns. 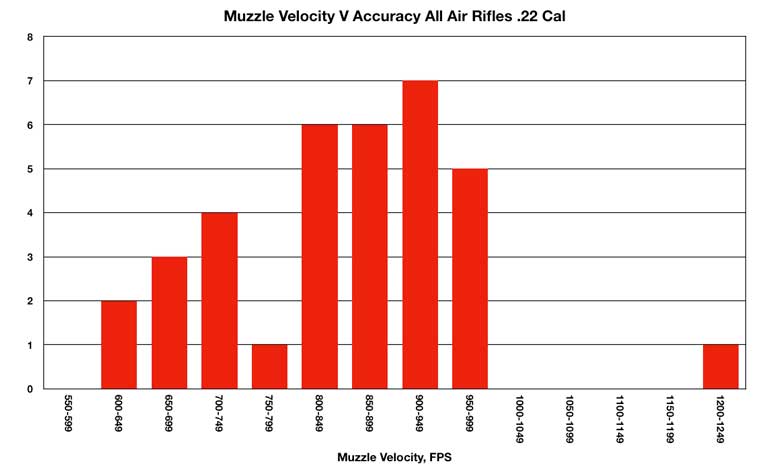 So, the overwhelming majority of .22 caliber air rifles tested by HAM produced best accuracy with a Muzzle Velocity between 800 and 1,000 FPS.

If we strip out the five Piston guns, we can see how the data shakes-out for PCP air rifles…

This HAM test data shows that Muzzle Velocities between 800 and 950 FPS are statistically the most likely to give best accuracy with .22 caliber PCP air rifles. 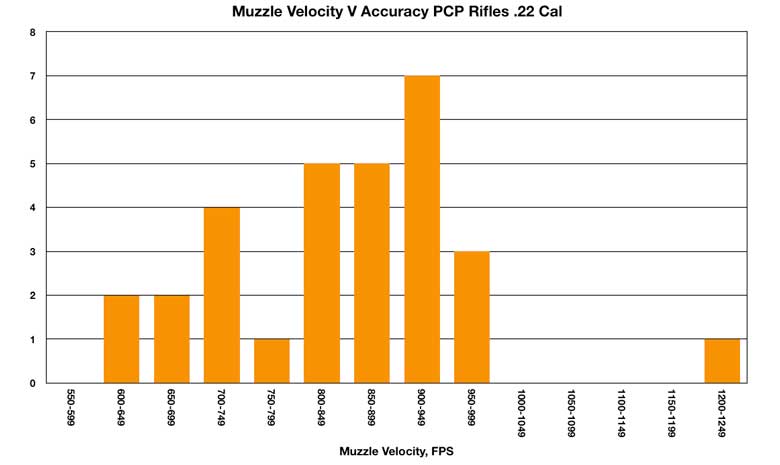 There’s only one exception to this trend. The Sumatra 2500 we tested gave best accuracy with mid-weight Field Target Trophy pellets at the ultra-high Muzzle Velocity of 1,232 FPS.

If we look at the pellet weights that performed best, there’s another clear story. 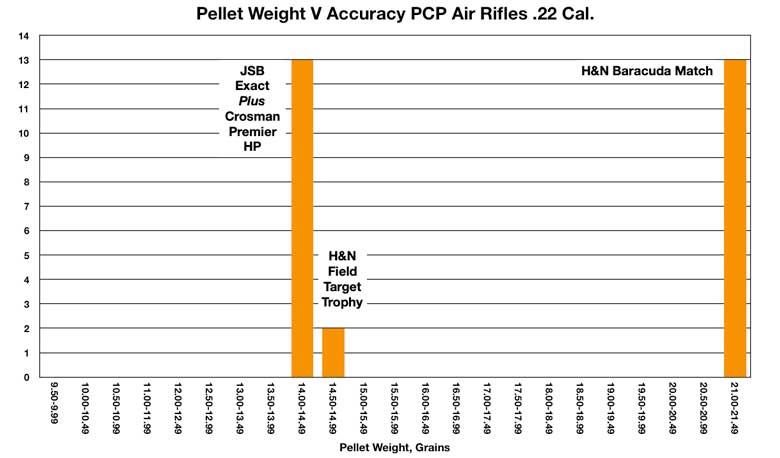 Mid-weight or heavy domed lead pellets tend to give the best accuracy results with .22 caliber PCP air rifles. So, in the case of PCP air rifles, the most accurate .22 caliber pellets also tend to be the hardest-hitting.

The single most accurate pellet in HAM PCP accuracy testing is the heavy, 21.19 Grain H&N Baracuda Match. Although this is one undoubted reason for the relatively low muzzle velocities, they will also be producing the highest Muzzle Energy. 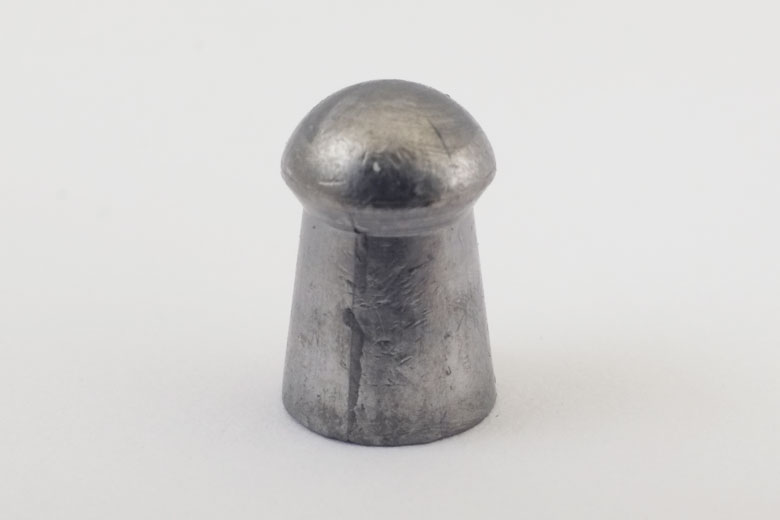 However, it’s interesting to see that the average Muzzle Energy of the guns where the Baracudas are most accurate is 28.5 Ft/Lbs. The average for the JSB Jumbo Express pellets is 27 Ft/Lbs. This tends to indicate that the heavier pellets are better-suited to the more powerful PCP air rifle types.

Also clear is that light pellets of ANY type are not giving the best accuracy with .22 caliber PCPs. There’s not a single most accurate target produced by Hobby, Field Target Trophy Green or Gamo Platinum pellets.

When looking at the FPS generating best accuracy with .22 caliber Piston air rifles, it seems as though the story may be similar. After all, four out of five also showed best accuracy in that 800 – 1,000 FPS Muzzle Velocity range. 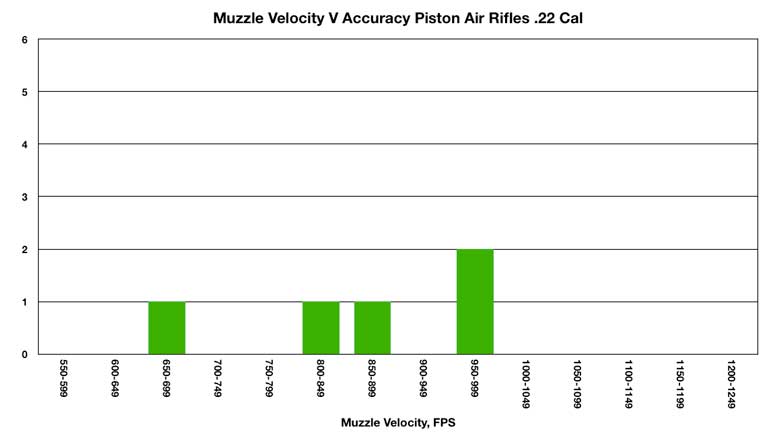 However, when we look at the most accurate .22 caliber pellets, we see a different story… 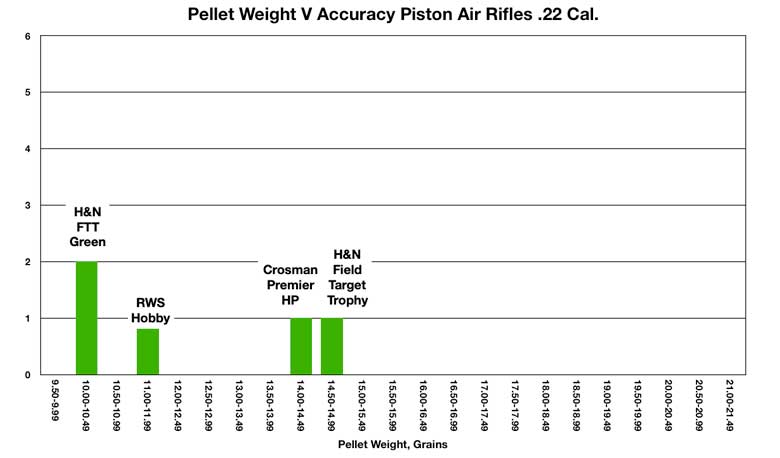 As we would expect, the .22 caliber Piston air rifles are lower powered than the majority of the PCPs. So here, the balance of most accurate pellets clearly favors the lighter types.

The average Muzzle Energy of the most accurate .22 caliber pellets in Piston air rifles tested by HAM was 20.5 Ft/Lbs. That’s why they need lighter pellets than PCPs to hit that same preferred 800-1,000 FPS range for best accuracy.

So, if you have a powerful .22 caliber PCP air rifle, heavy lead pellets are likely to be the most accurate. Your search for that “perfect pellet” would start with the heavy H&N Baracuda Match pellets or a similar weight pellet from JSB.

Crosman Premier Hollow Points are certainly worth trying as an economy option if you have one of the (relatively) lower power, lower-cost PCPs which are becoming popular nowadays. 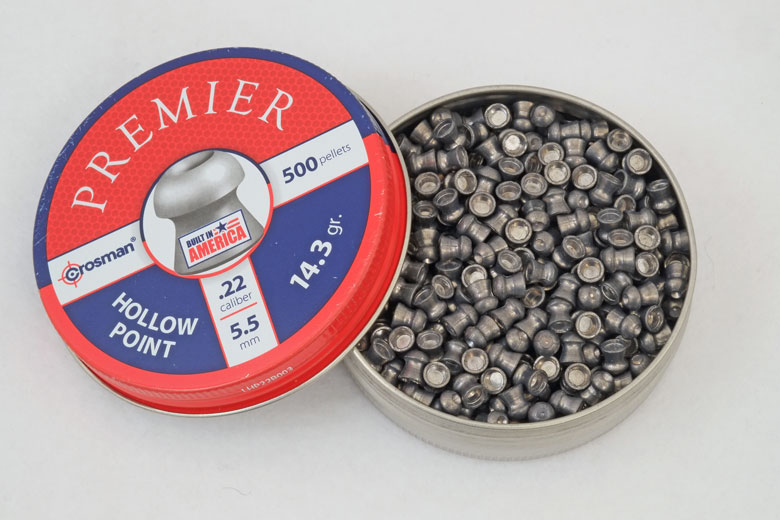 A quality light lead-free domed pellet such as the H&N Field Target Trophy Green would be a starting point for Piston guns in this caliber. But we’d pick up a tin of the lead version also just in case!

Tomorrow we’ll provide the complete data set on which these recommendations are based, together with some high-level conclusions. 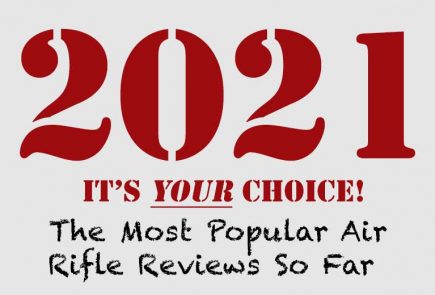