Umarex, The King of Replicas. 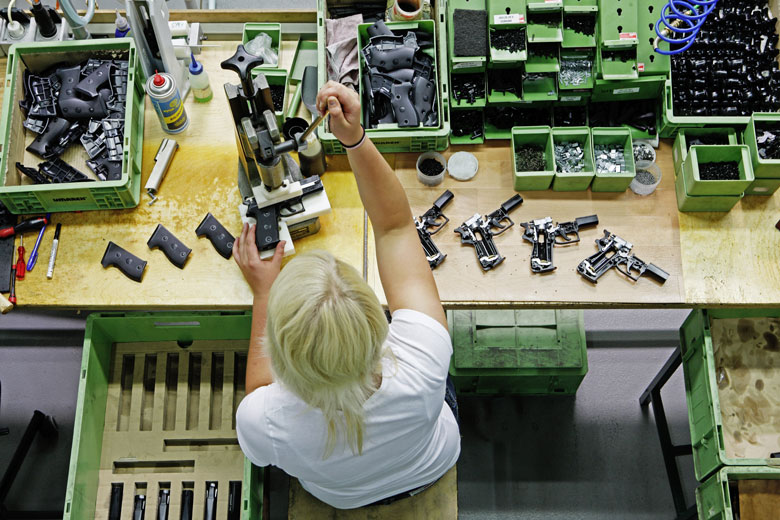 
Umarex – actually Umarex Sportwaffen GmbH & Co KG, to give the company’s complete title – was founded in Arnsberg, Germany in 1972. Today, it’s a major player in the international airgun world, selling air rifles and air pistols under many brand names, including its own.

Umarex has retained one characteristic throughout its history: its independence as a mid-size, owner-managed family company.  The original founders, Wulf-Heinz Pflaumer and Franz Wonisch remained in control of the company until 2012, when they handed over control to their sons.

Eyck Pflaumer (left in photo) is now in charge of marketing and sales, while Martin Wonisch (right) manages purchasing and finance. Managing Director Olaf Beisheim (center) is responsible for engineering. In this way Umarex remains focused on the future while preserving continuity with its heritage. 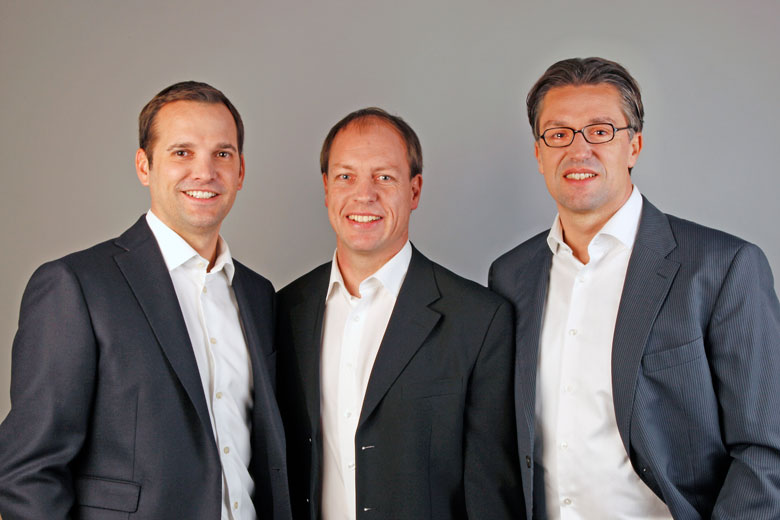 As a result, Umarex management style remains modern, dynamic and spirited. With hierarchies flat and communication channels short, the company acts quickly and is responsive to changes and progress in the airgun industry.

Even in these days of computer-controlled manufacturing, Umarex likes to stress that its products are invented and manufactured by people! This family business encourages employee participation and teamwork provides “ownership” in their products for workers.

Our heading photo shows an unusual perspective on CO2 pistol manufacturing. Below we see CAD design in progress. 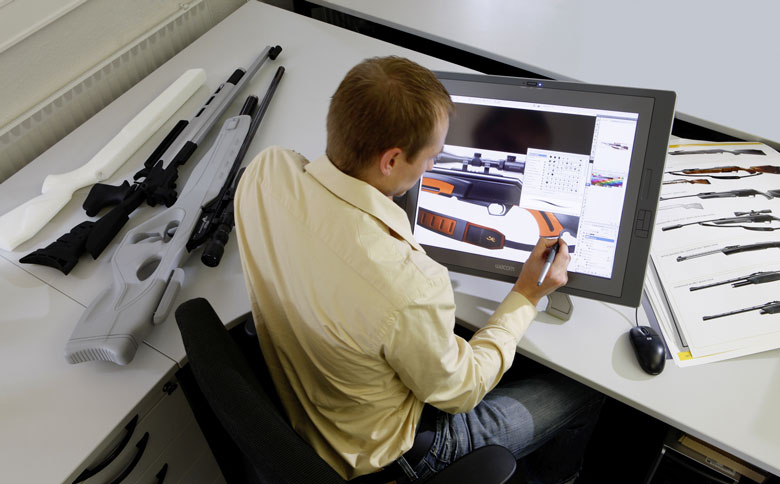 Here is the Umarex corporate airgun showroom in the Arnsberg HQ. 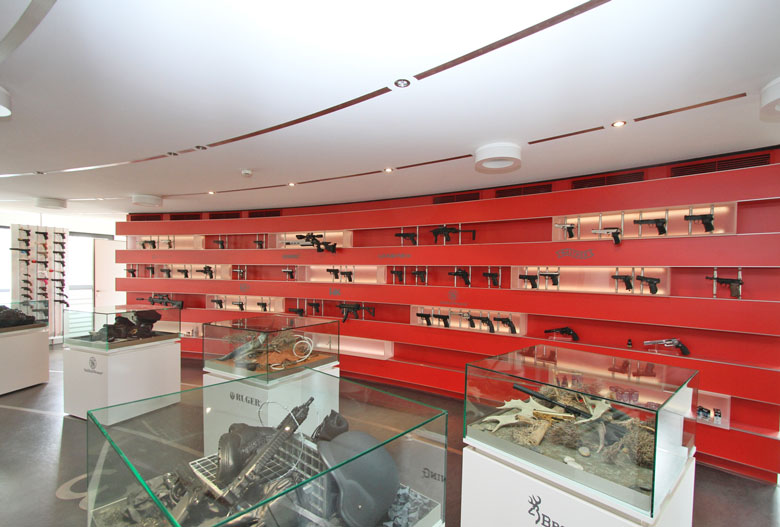 “THE KING OF THE REPLICAS”


In 1995, Umarex managers felt it was time to innovate. They developed an exceptional CO2 replica called the Walther CP88.

Using a groundbreaking platform on which many later CO2 pistol designs were based, the Walther CP88 became a symbol of Umarex quality.

The CP88 was the first air pistol to use the patented “Fast Action” system. In this system, the gun is loaded by opening the barrel with a slide catch and CO2 capsules inserted via an opening in the grip plate. “Fast Action” gave Umarex an impressive technological lead and fueled enormous growth in the replica pellet and BB pistol market.

When the CP88 was shown at the 1995 SHOT Show in Las Vegas, Umarex scored a breakthrough in the US. Beretta granted Umarex a license for replicas of several of the company’s legendary models. Several other US firearms manufacturers did the same. The company now has long-standing partnerships with multiple firearm companies that have granted Umarex licenses to produce airgun variants of their firearm models and firearms-branded pellet rifles.

The King of Replicas has recently introduced the Colt Peacemaker, among other air pistols. 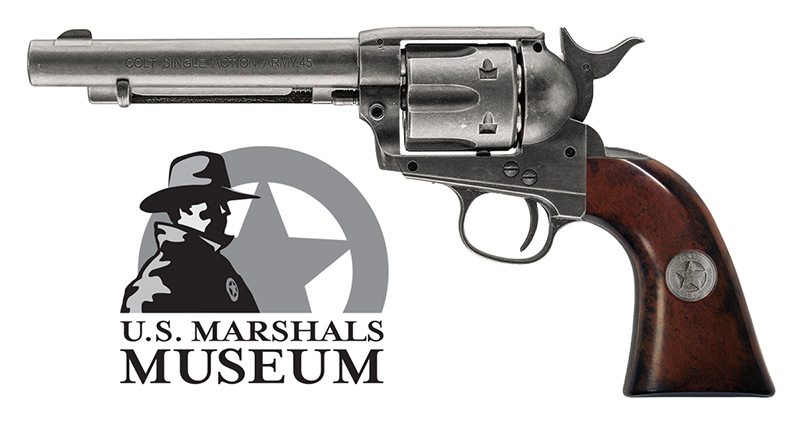 UMAREX IN THE USA.

RUAG Ammotec USA was well known for marketing the famous RWS premium adult air rifles. Combined with the world-class non-powder products from Umarex Sportwaffen, this created Umarex USA as one of the premier providers of airguns and airgun accessories in North America.

After just six months the new company moved its base to Fort Smith, Ark., where it continues to flourish with sustained financial and physical growth.

In 2010 Umarex USA moved into a new 117,000 square foot facility at Chaffee Crossing in Fort Smith. This facility (photo below) houses corporate offices, warehousing and distribution operations. Manufacturing and production will be soon added to this ever-growing facility, which underwent an expansion in 2014. 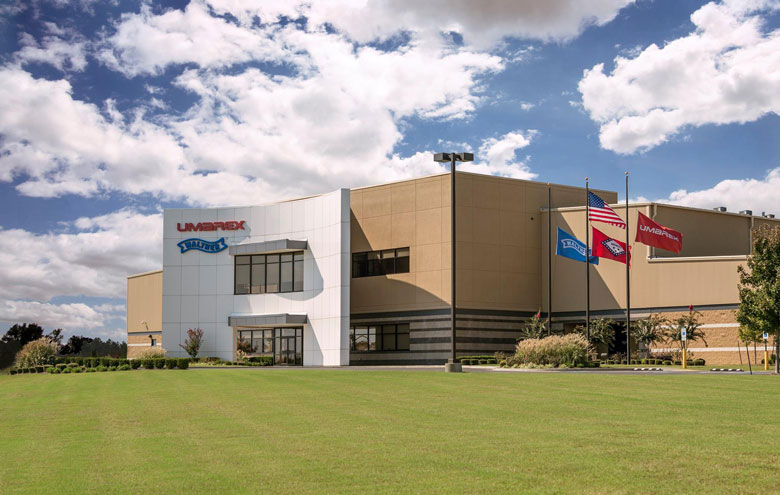 Today Umarex USA offers top-quality recreational shooting products in a variety of categories. These include adult airguns, BB and pellet pistols, with associated accessories. Umarex USA distributes RWS pellets, together with BBs under the Hornady and Umarex labels.


Umarex is proud of its history and the company museum at the Arnsberg HQ commemorates this. 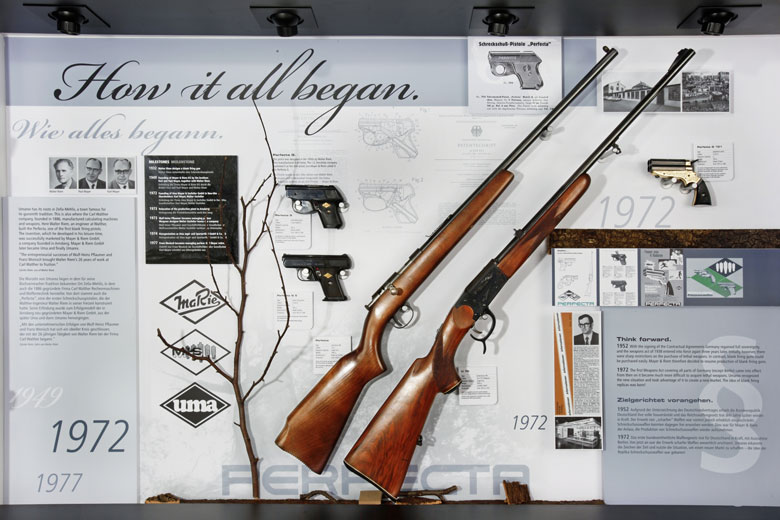 They produced an ingenious themed set including a revolver with blank cartridges and flares packaged with a magnifying glass. The box was shaped and decorated to look like a book, as is shown below by this period advertisement. Umarex sold 80,000 sets per year for several years, primarily in Germany and other European countries. 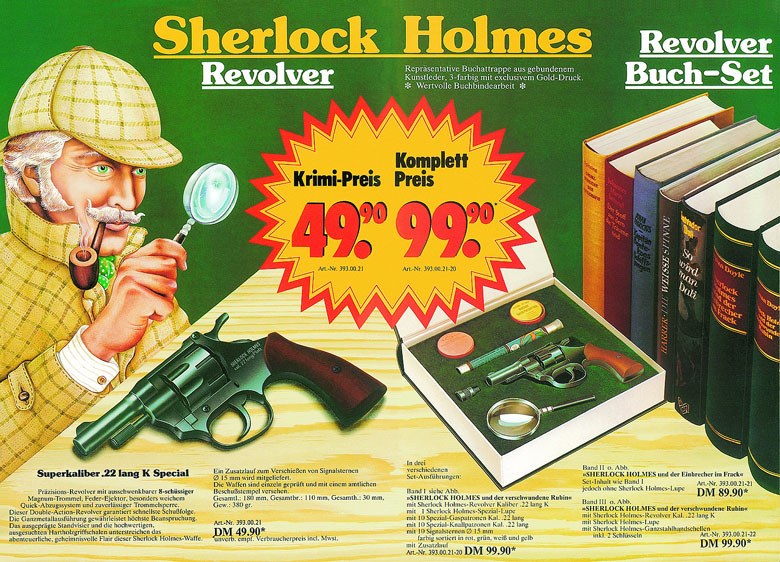 
Umarex also owns Walther (the firearms company) – one reason for the multiple pellet- and BB-firing replicas of Walther pistols.

The Umarex and the Carl Walther companies came together in a natural union in 1993—natural because both companies have roots in the same famous gunsmithing town of Zella-Mehlis, in Thuringia, Germany.

Walther was founded in Zella-Mehlis in 1886. It first manufacturing calculating machines and weapons. A Walther engineer, Walter Riem, created the Perfecta blank-firing pistol. Later this was the Umarex company’s first big-selling product as the Perfecta Model G1. This was in the 1970s, before the company entered the airgun market.


Umarex USA produces and sponsors the American Airgunner TV Show. This is the first and only US television show to feature the airgun shooting sports. In doing so, Umarex USA supports both its customers and retailers.

The show regularly includes a range of airgunning interests, with hunts, disciplines and competitions being the central focus. The entertaining format includes expert “Round Table” sessions on topics of interest. 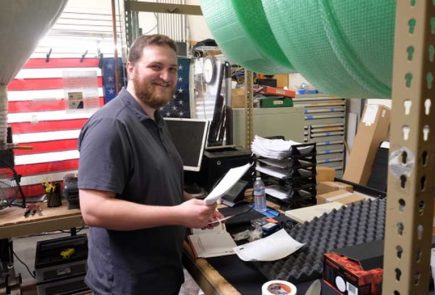 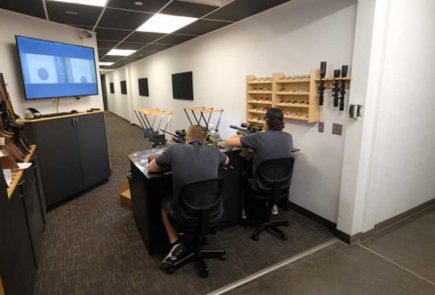