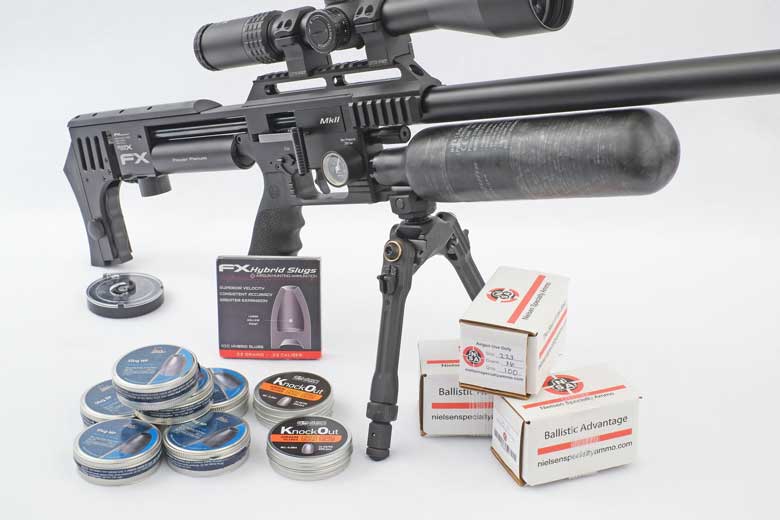 For some time now, HAM has been working to generate a list of airgun slug Ballistic Coefficients. Today we’re able to present the first results.

HAM airgun slug BCs are the result of experimental testing. We use a test protocol very similar to that used for our industry-leading pellet BC tests. This means the same test location, the same shooters, Labradar velocity measurements and a similar airgun. In fact, we’re using – courtesy of FX Airguns USA – a new FX Impact X Mark II with Power Plenum. This gives the additional power required when shooting airgun slugs. 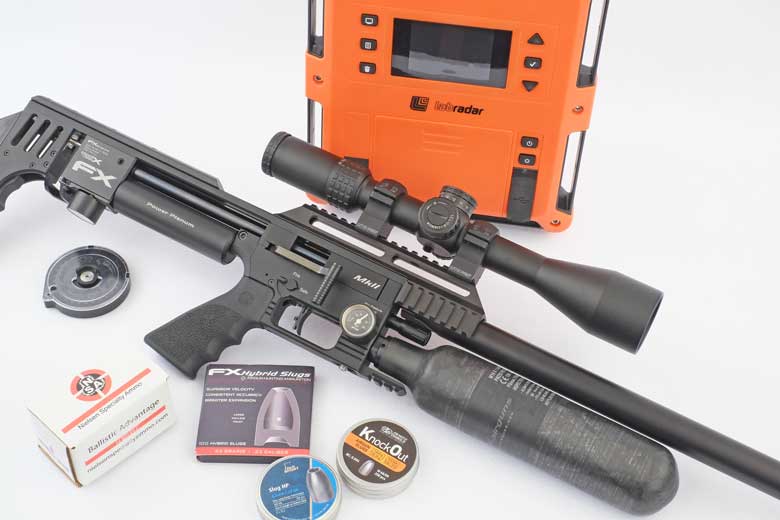 One important change is that we are using a new spreadsheet to calculate the Ballistic Coefficients. This has been written specially by HAM Technical Editor Bob Sterne and generates a improved level of accuracy for the BC values compared to our previous calculator.

We’ll be rolling-out the results from Bob’s new BC calculator across all our existing BC data soon. This airgun slug Ballistic Coefficients table is the first example of its use. The result will be some improvements in BC values for a relatively small number of pellets, (mostly in .177 caliber), as we’ll see in the near future.

Meanwhile – drum roll, please – here’s the slug BCs that many of you have been waiting-for!

Although there are obviously differences in design between the various slugs: compared to airgun pellets, slugs are relatively similar in shape. So, if we take the .22 caliber airgun slug Ballistic Coefficients from the table above and plot them onto a graph, we can see an interesting overall relationship… 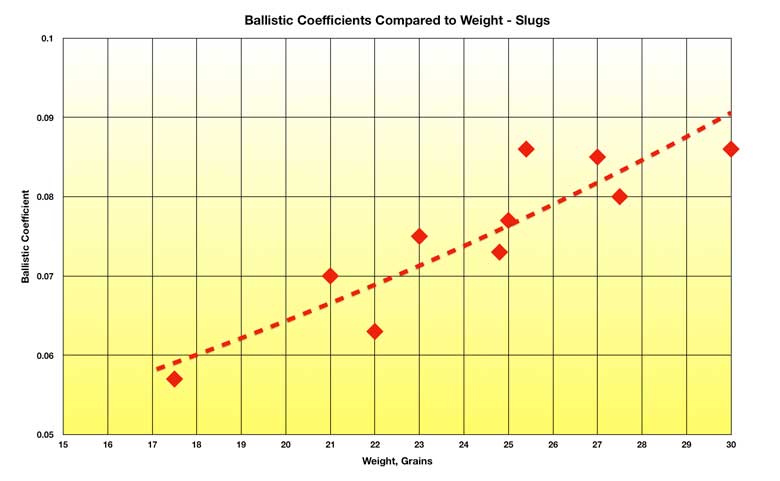 This structured HAM testing shows that – in general – the heavier the slug, the higher is likely to be its Ballistic Coefficient. For the same caliber, fired from the same gun, that is. The dotted line is a “line of best fit” running through the plots of weights and BCs for individual slugs.

So, if you’re looking for the highest BCs, you probably want the heaviest slugs. This relationship is clearly shown in the data table above if you compare the H&N slugs at different weights.

The downside? The heavier the slug, the more powerful your airgun needs to be to shoot them successfully over the long ranges where the higher BCs become important.

Slugs in general and heavy slugs in particular, are definitely for PCP airgun “power users” only! But remember that a higher BC does not necessarily translate into better accuracy.

Long range accuracy is a combination of the slug, airgun, environmental conditions, scope and the shooter. In other words, the complete shooting system, including you… 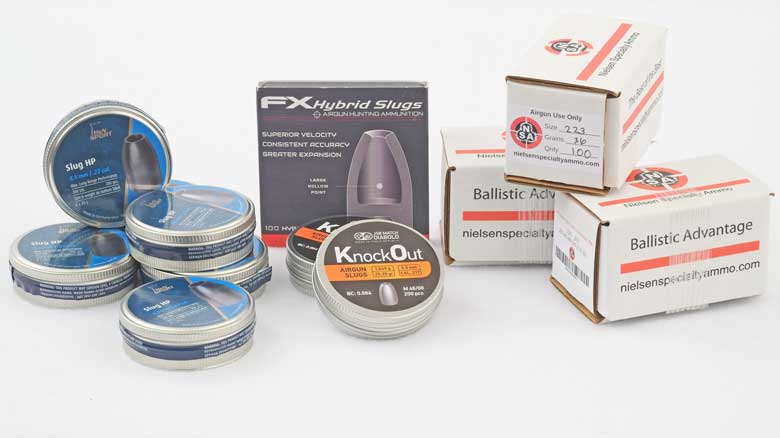 Most slug manufacturers make their products in two diameters – for example .216 and .217, or .217 and .218. Almost certainly the difference between these nominal sizes will make so little difference to the BCs that it will be “lost in the noise”. That’s why we decided to produce BC values for just one diameter per caliber.

And note that all BC data is inherently variable. It depends on the velocity and atmospheric conditions, in particular.

So please use the HAM Ballistic Coefficients as a starting-point for your own sighting-in work, but be aware that the results will almost always be somewhat different for your own particular circumstances!

We’ll be posting this BC data in the HAM Ballistic Coefficients Page for general reference. Of course, we’ll be adding more slugs to it in future, together with ever more pellets. The world’s largest standardized database of airgun Ballistic Coefficient data continues to grow! 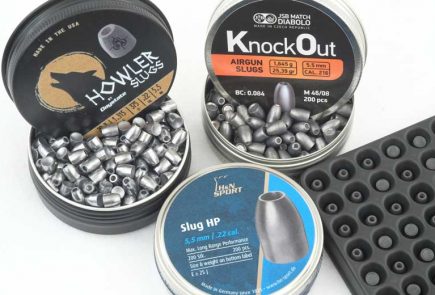