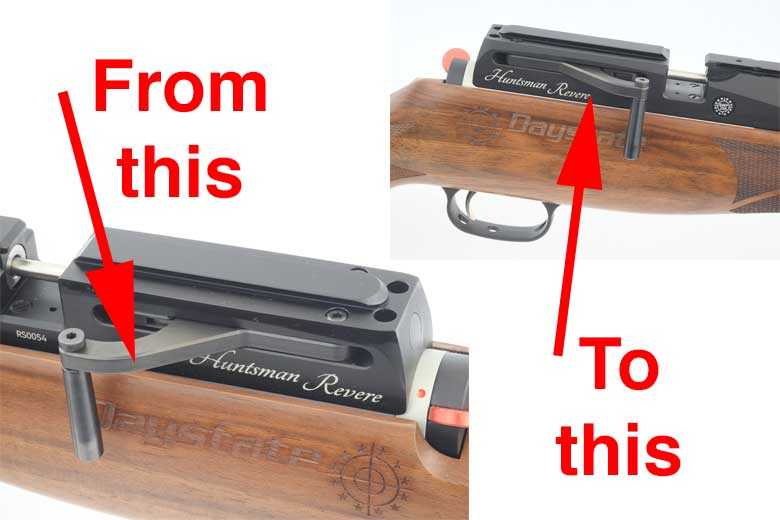 A quick call to Airguns of Arizona confirmed that it was easy to do. In fact, they said, there’s only four or five screws that need to be removed and replaced. So here we go!

First, I ensured that the Revere was unloaded and had no pellet in the barrel. Then I shot down the HPA pressure to zero. With the safety set to safe, the gun was completely safe for the operation. Always make sure to do this whenever you are working on any PCP airgun.

To change cocking lever operation from one side to the other – it’s the same either way round – it’s necessary to identify the screws involved.

Two are located on top of the breech. They’re shown here. Both require a 2.5 mm Allen key to remove. Either of these screws forms the pivot for the cocking lever, depending on which side of the gun it’s operating.

Screw 2 is the longer and functions as the sidelever pivot. Screw 1 is shorter and simply holds the side cover plate in place. 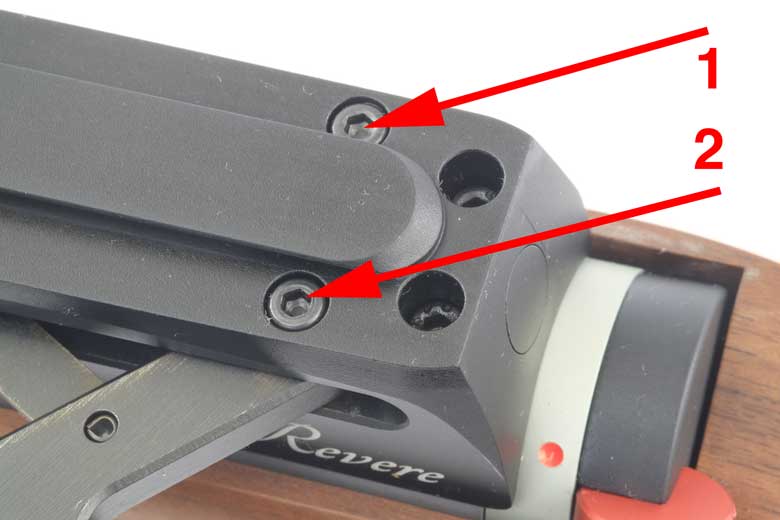 The next screw is the one holding the cocking lever assembly “shoe” to the bolt. It, too, requires a 2.5 mm Allen key. How do we get to that? We’ll find out very shortly. 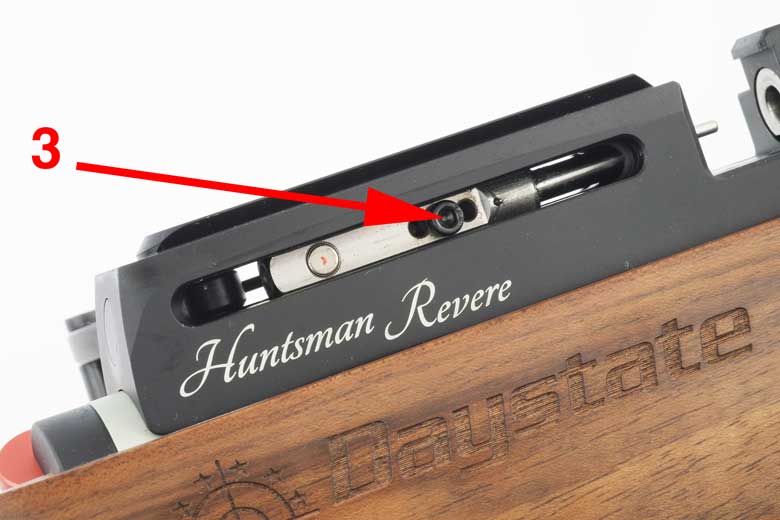 The fourth screw is the one holding the stock to the action. A 5mm Allen key is required for this. Strictly speaking, it’s not necessary to remove the stock from the action for this conversion.

However I got scared looking at that beautiful Minelli stock mid-way through and decided to remove it to avoid any possibility of damage!

The next step was to remove the side plate on the breech. For this, remove screw 1. The plate slides out like this. 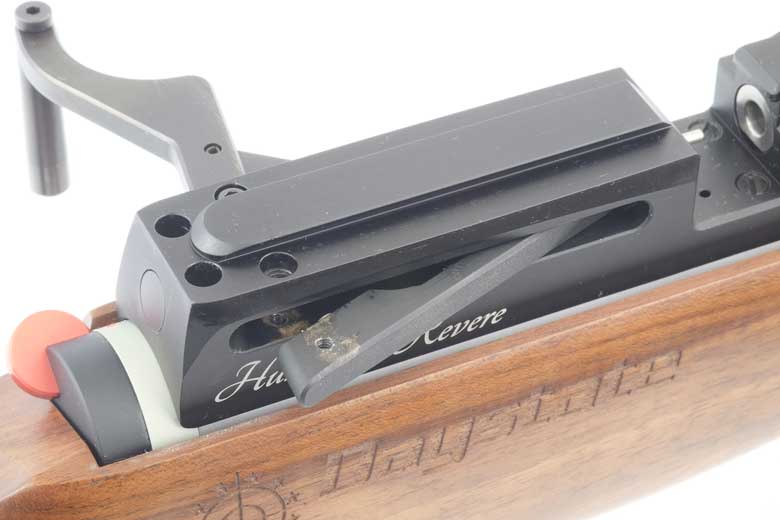 That’s how we were able to see screw 3. In fact, screw 3 retains the side lever action “shoe” on the opposite side of the action. 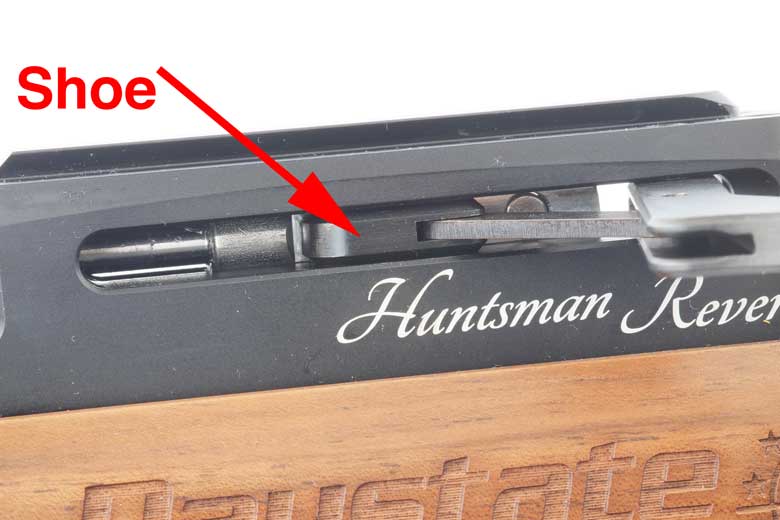 At this stage, I removed the stock. The next screw to come out was screw 2, the pivot of the lever action. Once that screw was removed, the lever action can be pulled straight out of the side of the breech.

You’ll find that the pivot point includes a brass bushing. I placed that on top of the breech for this photograph. 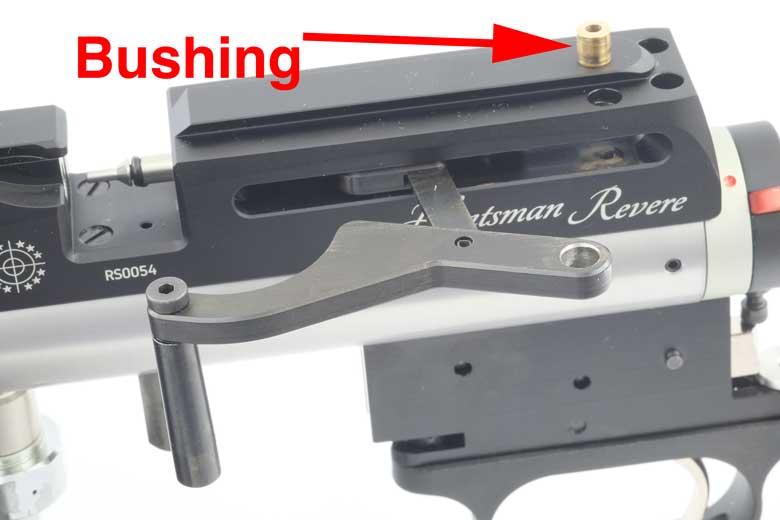 Now switch to the other side and remove screw 3 from the bolt. Daystate parts tolerances are tight! The shoe did not fall out of its own accord, so I gently pushed through the screw hole with a thin punch. That did it…

Here are the parts of the cocking lever assembly. Note that we’re not removing the roll pins, but it is necessary to remove the cocking lever handle from it’s arm. That’s screw 5. Another use for the 2.5 mm Allen key!

The cocking lever handle will be reversed to the opposite side of the lever before re-assembly on the other side of the gun.

Having removed the cocking lever assembly, we simply re-install it in the opposite side of the action. Everything now becomes a mirror-image of what it was before…

First, I attached the shoe to the opposite side of the bolt using screw 3. 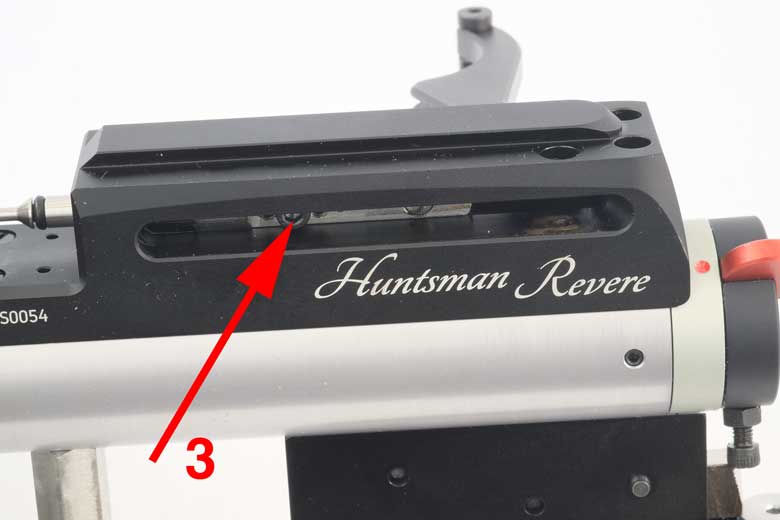 Then the bushing was fitted back into the cocking lever arm and screw 2 used to locate it in place. 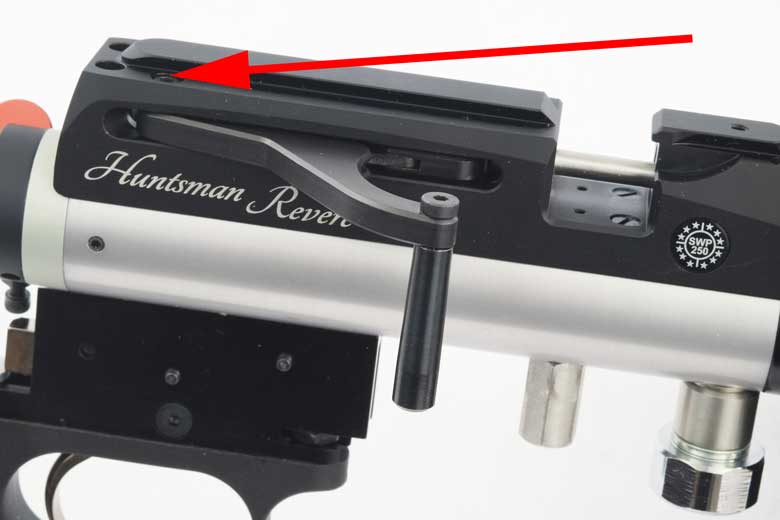 Now I tested the action. It worked. If not, I would have tried reassembly again. But really there’s not much you can do wrong here…

Re-installing the side plate and attaching the stock completed the job! 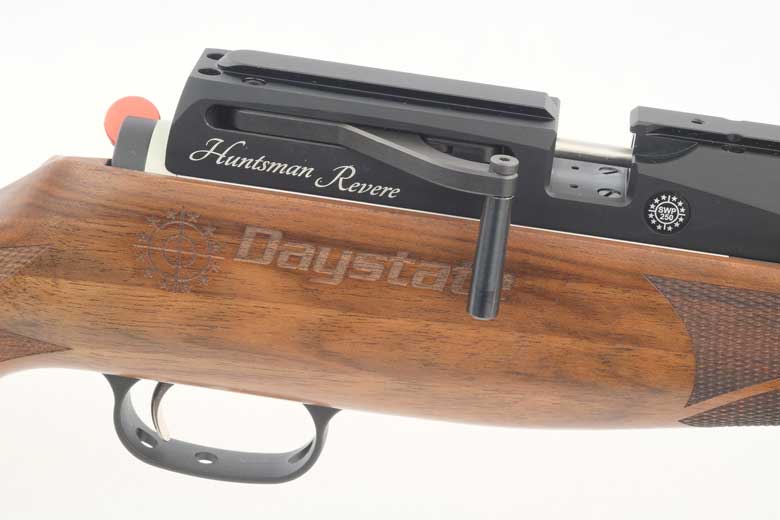 As you can see, making a Daystate Revere cocking lever change is pretty easy. AoA tells me the procedure quite similar for the Daystate Red Wolf and Pulsar… 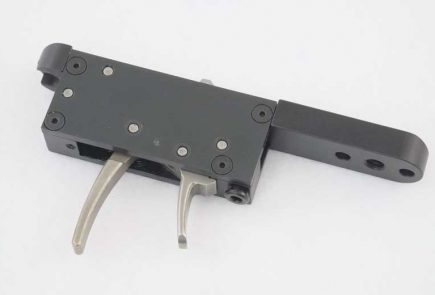