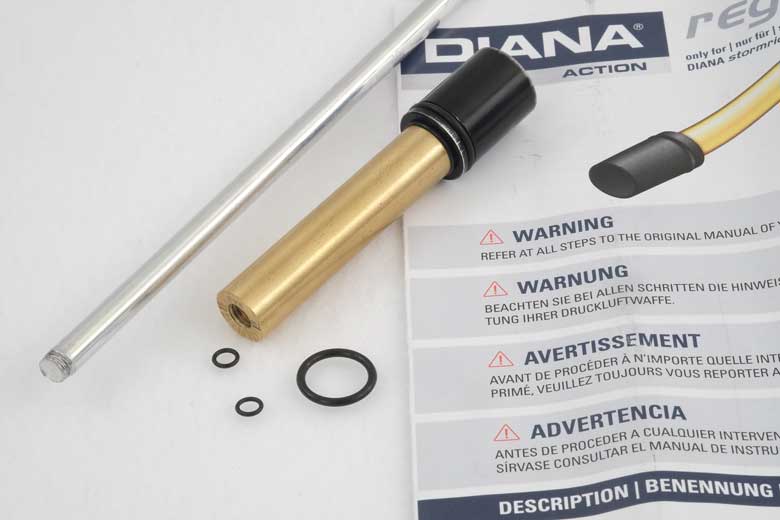 One of the attractions of the Stormrider air rifle is that Diana makes it easy for the owner to improve the performance and handling of this PCP airgun. In this post, we’ll discover the benefits of installing a Diana Stormrider Regulator upgrade.

In its factory condition, the Stormrider is not fitted with a regulator. However, Diana has partnered with Altaros to provide a suitable regulator. It’s sold as a Diana accessory.

Firstly, let’s look at the performance of an unregulated Stormrider, as purchased. This test shows the shot curve for a .22 caliber gun shooting 13.43 Grain JSB Jumbo RS pellets. 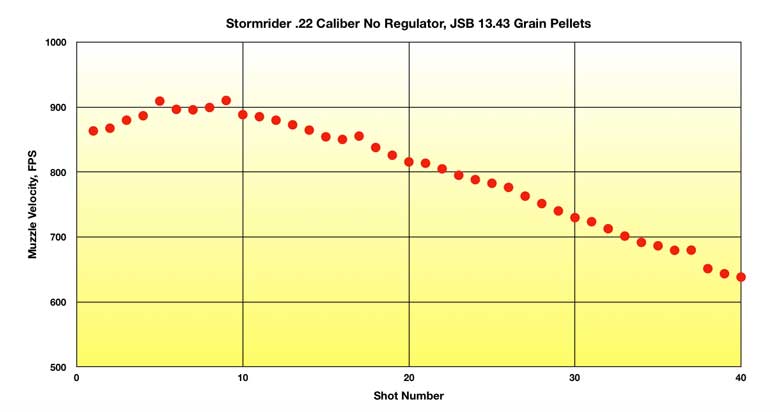 As you would expect for an unregulated PCP, the Stormrider gives a rather “peaky” shot curve. Only nine shots – from shot 3 to 12  – have a relatively consistent Muzzle Velocity. In this case, the average velocity is 893 FPS, producing an average Muzzle Energy of 23.79 Ft/Lbs.

That nearly 24 Ft/Lbs Muzzle Energy is by no means a bad figure. However, now that regulated PCPs have become commonplace, most shooters have come to see the benefit of consistent FPS across a larger number of shots. 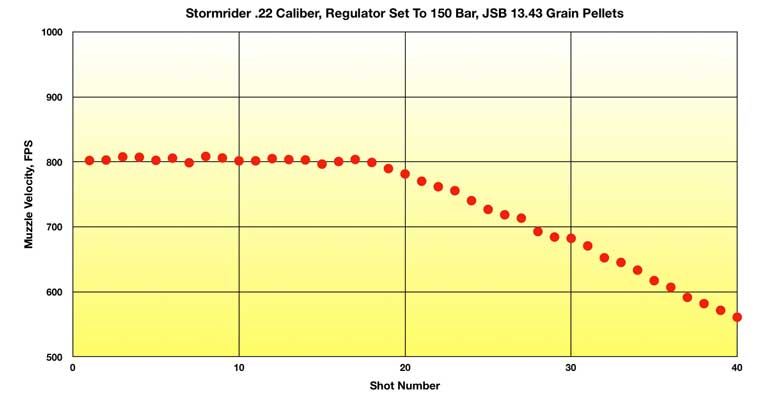 Yes, the peak FPS is lower than the unregulated original. But not by that much. Probably most shooters would consider this to be a much more usable shot curve. 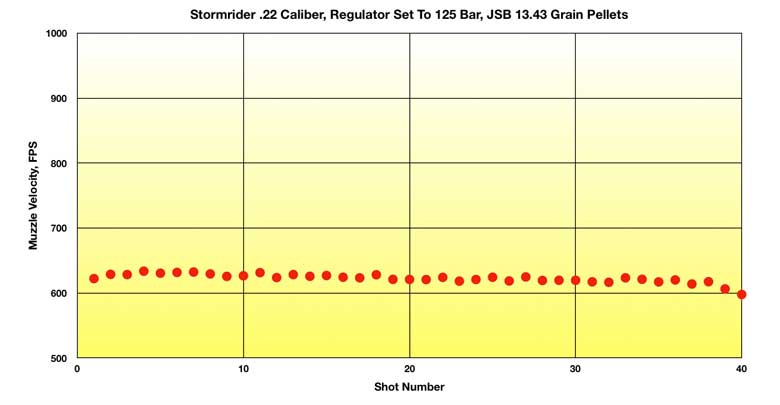 Now we have many more consistent shots – 38 in fact. However the average FPS has dropped to 623 and the Muzzle Energy to 11.58 Ft/Lbs. Probably most US shooters would consider this too much of a penalty to pay for that nice, flat shot string.

Comparing the three sets of results on one graph (again) we can see clearly how the average maximum FPS decreases as the number of consistent shots increases. (Hey, there’s no free lunch with anything, is there?) 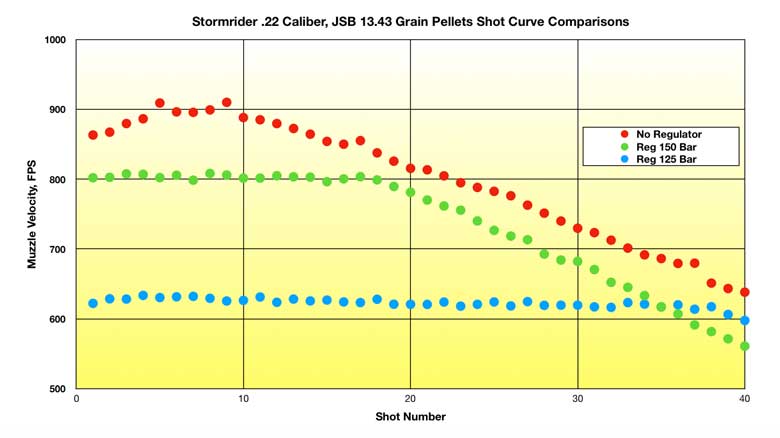 The regulator can be set to other pressures than the ones I chose. So, with this Diana Stormrider Regulator upgrade, Diana gives you a choice of shot count/FPS profiles for your air rifle.

Clearly, this upgrade works well. However, it’s also important to note that the power levels and regulator settings I found do NOT correspond to those shown in Diana’s instructions. As follows…

We’ll cover the actual installation in a separate post in the very near future.

If you’re interested to check-out the previous posts in this series, the links are below: 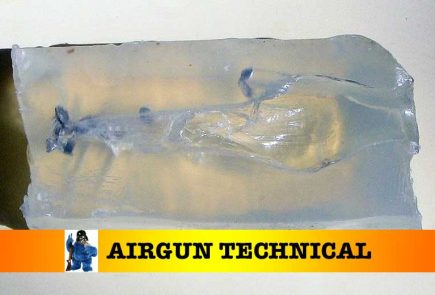