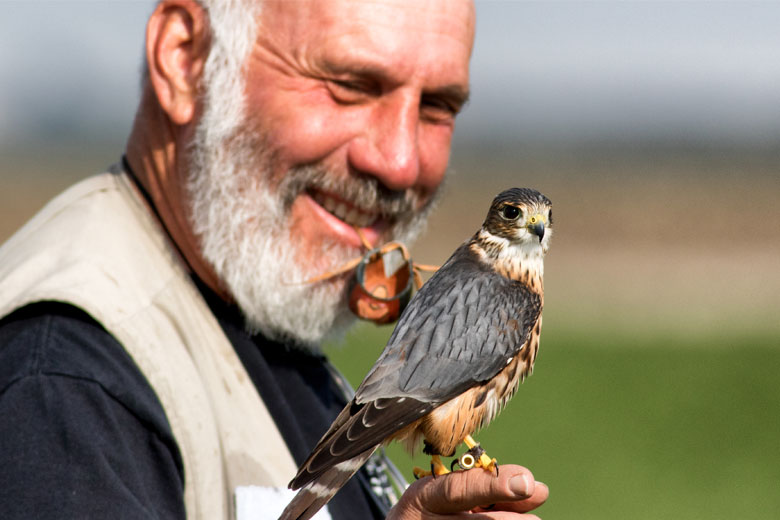 Falconers are a fascinating group of people. They’re avid environmentalists yet dedicated hunters. They spend a vast number of hours working with their majestic birds, yet are also enthusiastic airgun shooters. And they’re really into lead free airgun pellets for hunting.

Dick Dixon of Predator International, Inc – the US distributor of JSB and GTO lead free airgun pellets – is the man who made the connection for HAM. He just knew it would be a great story. It is. Thanks Dick!

To find out more about falconers and falconry, I spoke to Keith Richman. Keith is a California-based falconer and proprietor of his own company Falcon Pro Bird Control. 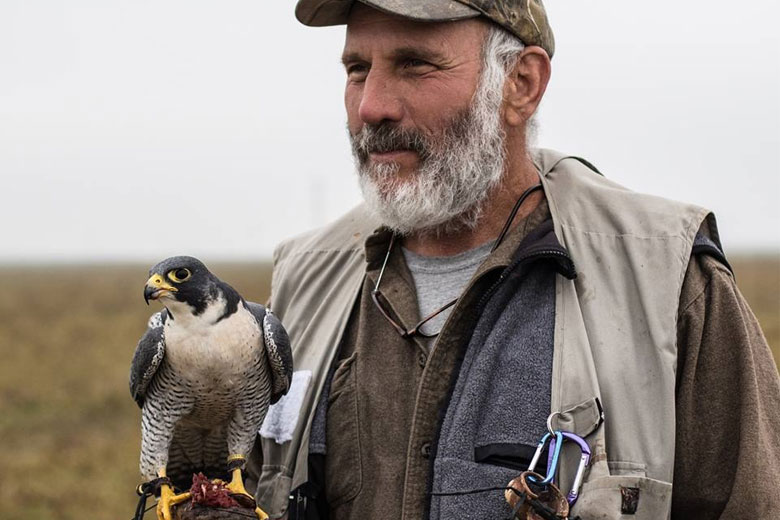 Above Keith and Pluto, a male Peregrine Falcon. Photo by Rob Conohan who also took our cover photo of Keith and Squeezie (top).

Many of us think of falconers as practitioners of the ancient art of hunting wild animals and birds using a trained raptor. But probably most of us don’t realize the immense amount of time and dedication that is involved to be a falconer. It’s a lifetime’s commitment…

You see, it takes at least seven years to become a master falconer. And – as with any living thing for which you have responsibility – that’s a 365 days a year responsibility.

Keith explained to me that, for him, falconry began as an extension of shooting his BB gun! As a kid growing-up in the California countryside, he was drawn to hunting. First he hunted with airguns and then falconry became his passion. 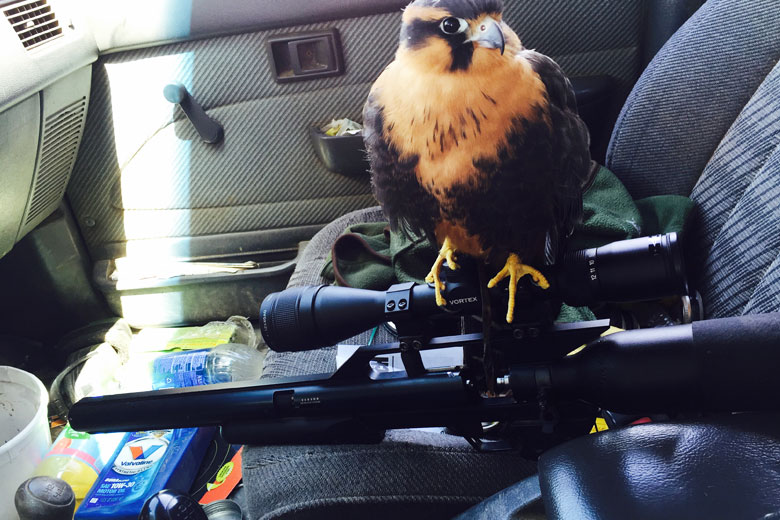 As well as requiring a massive investment in time and dedication from the falconer, falconry also requires complying with a vast number of Federal and State licenses and permits. “Falconry is by far the most regulated form of hunting there is.” explained Keith.

Hawks are themselves protected birds. Just this makes owning them a major paperwork effort. That’s without complying with all the other regulations that apply to hunting the prey in question.

As part of this responsible ownership, falconers must feed their raptors with raw meat. Moreover it must be raw meat of the type the hawk will hunt on its own in the wild. That often means pest birds like pigeons and starlings. 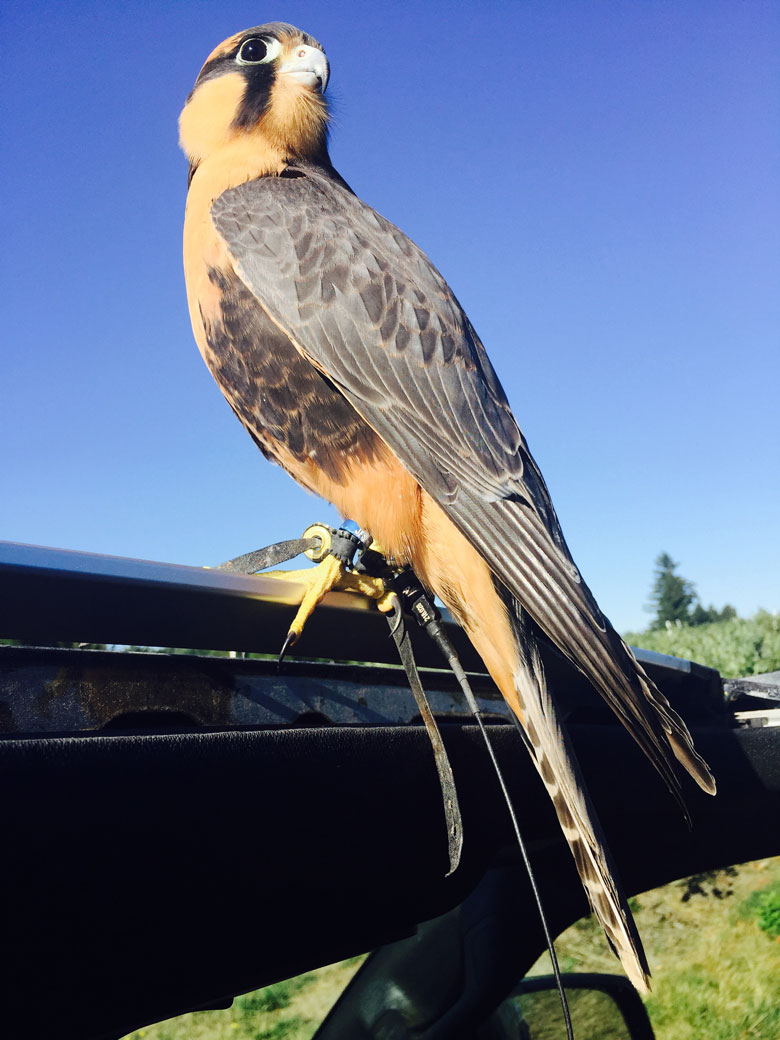 So falconers hunt in more ways than just with their hawks. They also hunt to provide food for their raptors when the hawks are not hunting. For falconers, that means hunting with an air rifle. Pigeons eating cattle feed are one prime target. This – in itself – helps many farmers suffering from significant feed loss, let alone pigeon poop everywhere!

And that’s what leads them to lead free airgun pellets for hunting like Predator GTO pellets.

Keith explained that concern over lead in the food chain is not just an academic issue. Top predators like raptors suffer from it and falconers see this at first hand. “Years back.” Keith explained, “My then-current hunting bird – a Merlin – suffered seizures.”

“It turns out they were caused by tiny lead fragments she ingested while eating birds that I had shot using lead pellets. Luckily I was able to get my bird to a vet in time and he made a full recovery.”

Keith knows through friends and contacts of similar results elsewhere, for example Californian Condors also suffering from lead poisoning. This makes him very interested in lead-free pellets, their development and accuracy.

For his business, Falcon Pro Bird Control, Keith uses his raptor mainly to scare pest birds away from fruit farms. California has a vast amount of agriculture, so this is a big deal for many farmers. 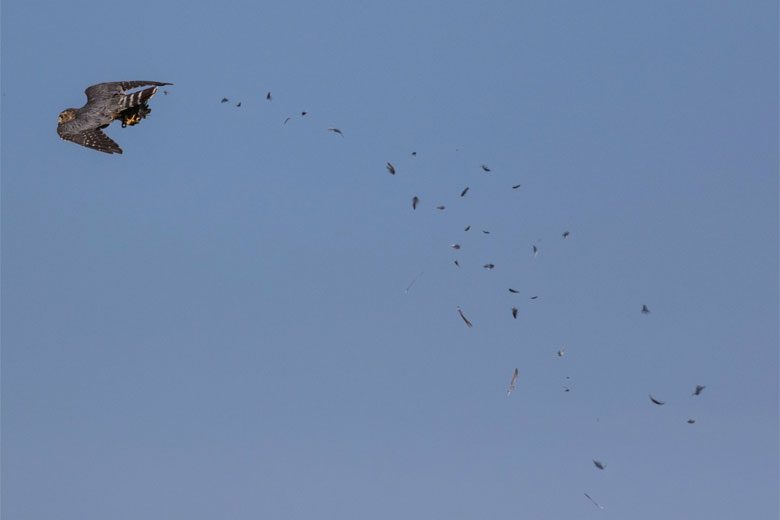 Starling populations attack the growing fruit throughout the growing season. These vary from local breeding pairs early in the season to family groups to large communal groups later in the season.

Keith explained to me that if a flock of Starlings has become large enough, the birds feel a sense is safety in numbers. When attacked by a falcon, the flock rises into the sky producing a beautiful gyrating amoeba like cloud of birds. When the falcon dives through the flock, the birds on the outer edges seek safety by flying to  the center of the flock. They pull together into a tight black ball. 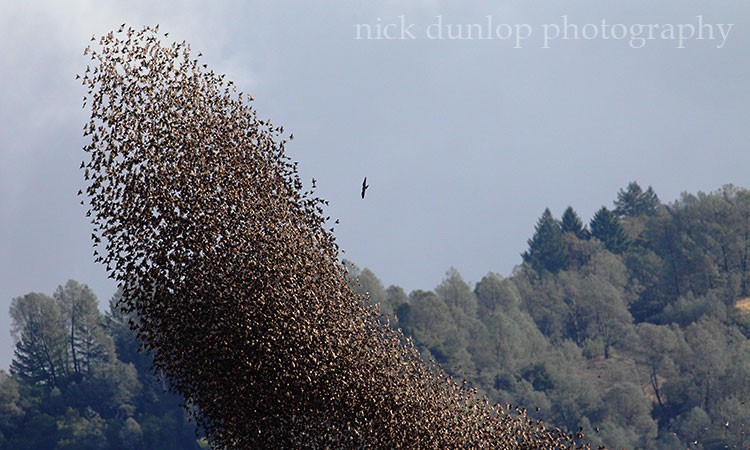 This contraction and expansion of birds is called a “murmuration”. This reaction is used by Keith’s falcon to chase away the birds and help the fruit grow to maturity for human consumption. 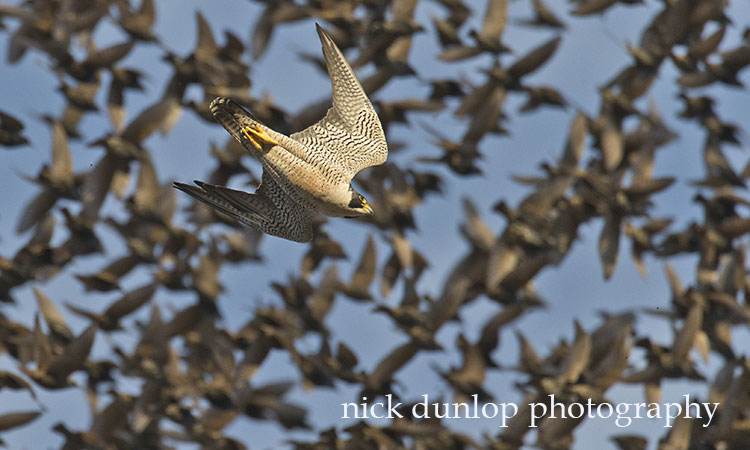 He also has his air rifle as back-up. Using lead free pellets for hunting, of course.

Falconers use PCP air rifles for their quiet power and accuracy. The caliber of choice is .22. Many use Benjamin Marauders, although Keith’s current gun is a Taipan Veteran bullpup. He feels that 40 Yards is a fair maximum range for ethical airgun hunting, given the small size of the targets and their propensity for rapid movement.

Thanks to Keith Richman for taking the time to explain about falconry to me. Also to Dick Dixon for bringing us together. And thanks to Keith, Rob Conohan and Nick Dunlop for supplying the outstandingly beautiful photographs to illustrate this article.

Below. The team. Keith, Boomer and Rainey. Photo by Hans Peeters. 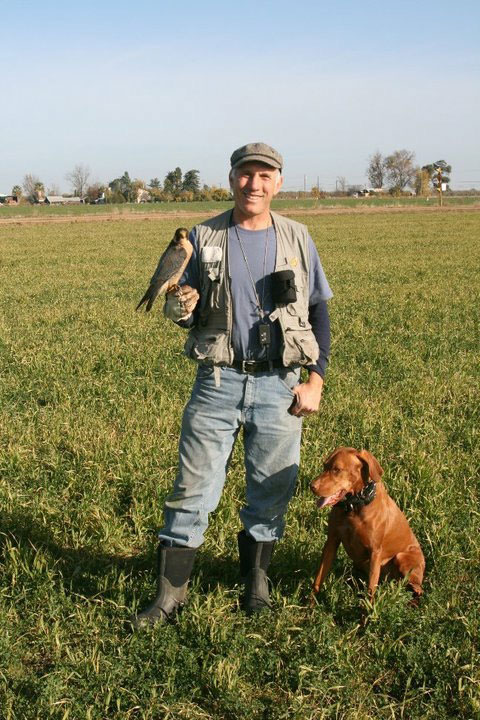 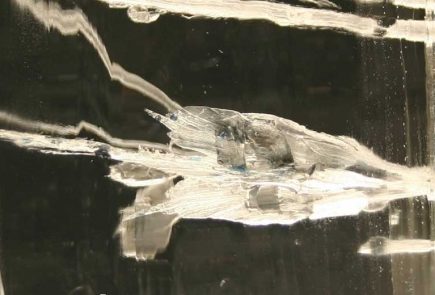