Field Target is Fun for All Ages! 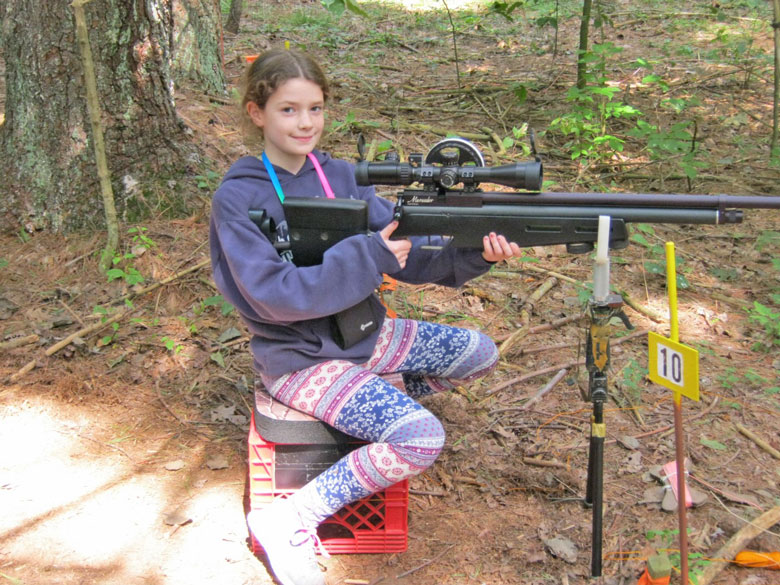 This time around, I’m going to relate a story about a recent match at SPARC (Salem Pistol and Rifle Club in Salem NY). As I have stated in previous articles, don’t be intimidated, don’t think you’re not good enough to shoot. Field Target is fun for all ages!

First a little back story. The above photo shows Abbie, the 11-year old daughter of a buddy of mine, Matt. It was Matt who first got me involved in the competitive shooting sports back in 2006. Matt was shooting rimfire silhouette at our local club and with a bit of arm twisting finally talked me into joining him.

In 2007 I gave air rifle silhouette shooting a try and was hooked on airguns!

In 2007, Matt moved out of state and our competitive shooting times together came to an end. In 2008 I participated in my first Field Target match and found my new hobby. Yes, Field Target is fun!

Over the years, Matt and I have kept in touch via phone calls, emails and the occasional meet-up. I kept him informed about field target and how someday he should try it out.

Fast forward to the fall of 2012. A new Field Target club in Northern New York was in the works! Hmmm, about centered distance wise between us… pressure on! Now, it’s 2016 and after lots of prodding and poking, our schedules finally meshed!

Matt and I were able to meet up on Labor Day weekend for a day of Field Target. He decided to make a father daughter day of it and brought along his 11 year old daughter. Now, neither of them had much airgun experience so I told them I’d bring along a couple of rifles for them to use.

Below. Me shooting Piston Class. 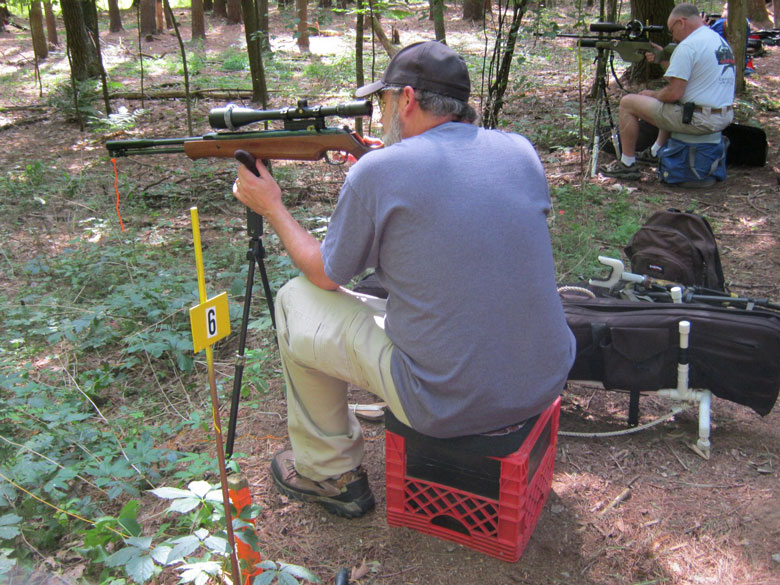 We actually pulled in to the match at the same exact time!. I just turned and here’s a car coming from the other direction… it was Matt and Abbie. After catching up a little bit, we headed down to the sight-in range.

I brought along a Benjamin Discovery for Abbie and a Benjamin Marauder for Matt. I first set them down and had them get used to the guns. Now, everybody’s eyes are different, so I hoped that the rifles would be usable for them.

Near the end of the sight-in period, it was apparent that Abbie was having issues with the eye relief with the scope on the Discovery, so we let her give the Marauder a try. Now, this was the first time that Abbie used a scope. She is used to shooting her .22 with open sights, so this was a new experience. And YES, the Marauder is almost as long as she is tall!

After sight-in ended, we made our way to the Field Target range to start the match. I was squadded with Matt and Abbie so I could help them out and give them pointers. 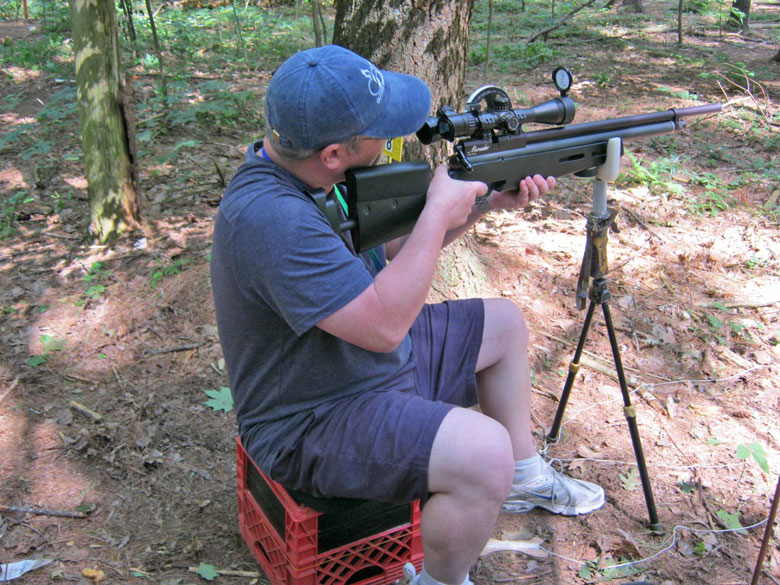 Next up was Matt who knocked down 4 of the 6. Last up was Abbie who knocked them all down!!! Now, it must be said that they had a little inside information. I shot first ranging the traditional way by using my scope.

After I shot, I pulled out a laser range finder and told them the distance to the target and where to hold. The rest was up to them in order to make the shot. 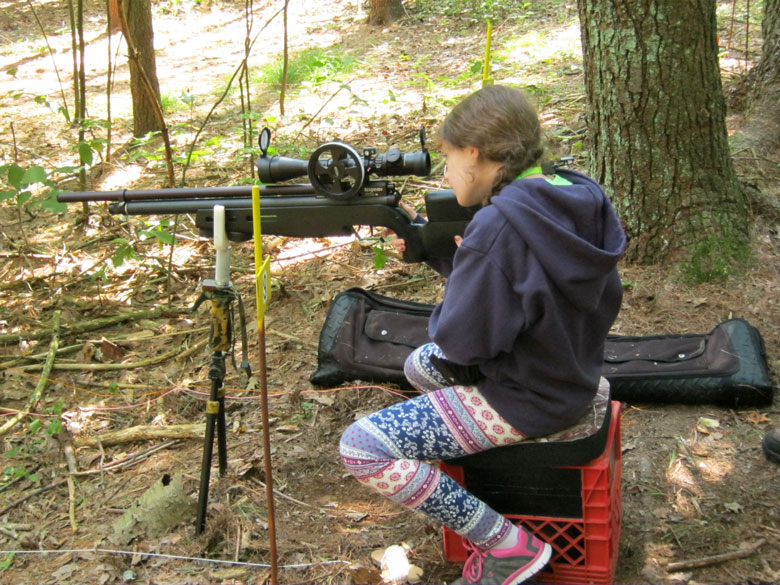 The scope on the Marauder is a Weaver Kaspa. As shown in the example photo below, this is the reticle they were seeing. 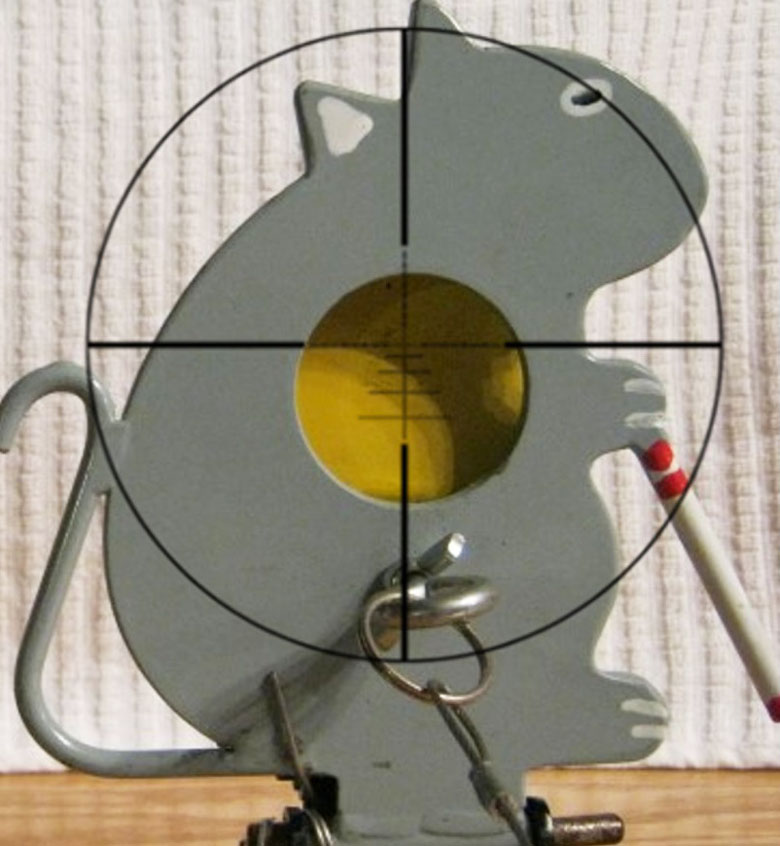 As the match progressed, Abbie continued knocking down more and more targets! Matt was enjoying himself but was never able to get truly comfortable.

Abbie really wanted to shoot it standing, but once she tried standing with the monstrous Marauder, she opted to shoot them sitting. On the second to last lane, there was a target at 10 yards with a 3/8” KZ. I missed it twice and so did Matt. Guess who knocked it down???

There were 10 lanes, 3 targets per lane and 2 shots per target. This all added up to a 60 shot match. Due to Abbie’s first timer/junior status, her scoring was 2 points for a knock down, 1 point for a faceplate hit and 0 if she missed the target completely.

Well, at the end of the match her score was 104 out of 120! That means she had 44 knockdowns out of 60 and didn’t miss a single face plate! Abbie certainly decided that Field Target is fun! Since she shot so well, her score was reported as a 44. The top score for the match was just a 56!

Matt ended up with a 28, but the pride in the way his daughter shot was priceless!

At the conclusion of the match, we said our goodbyes, thanked them for coming out and wished them a good ride home. Within 2 days of the match, Matt was already shopping for a new airgun for Abbie and himself. They can’t wait till the next match now they know that Field Target is fun!

Again, as I have previously stated, Field Target shooters range in age from 8 to 80+ and all ages in between. Plenty of Husband/Wife, Grandfather/Grandson, Father/Daughter, etc. duos have participated too. Look up a local event in your area and give it a try.

It’s true, Field Target is fun for all ages! 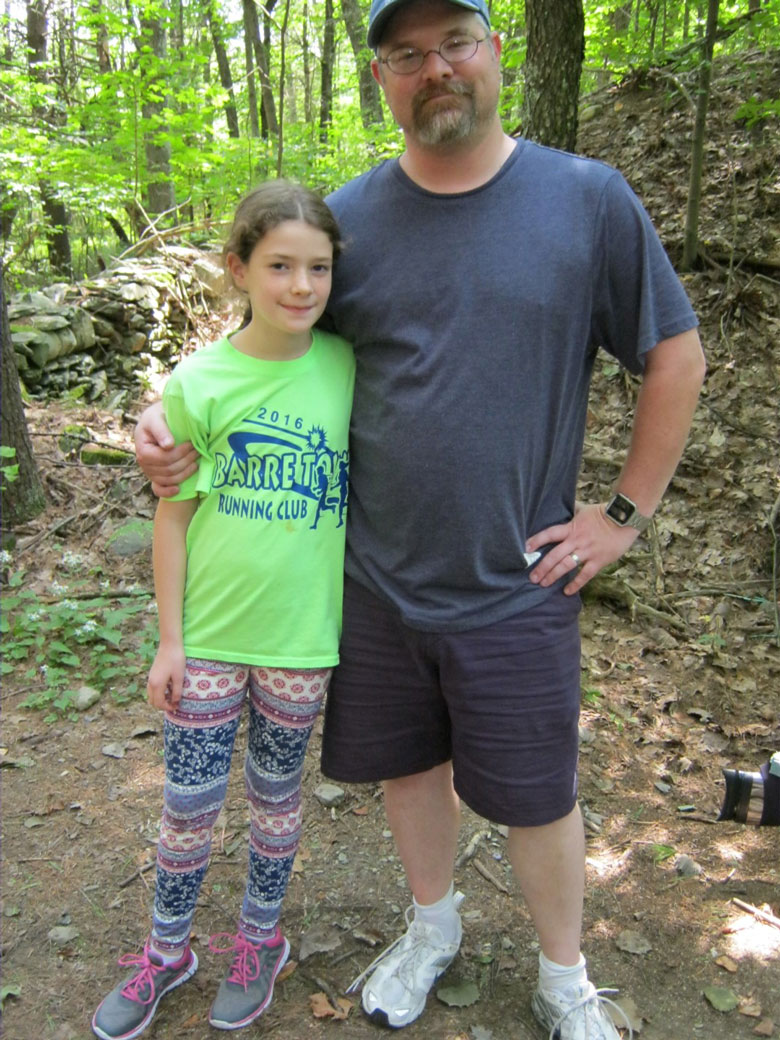