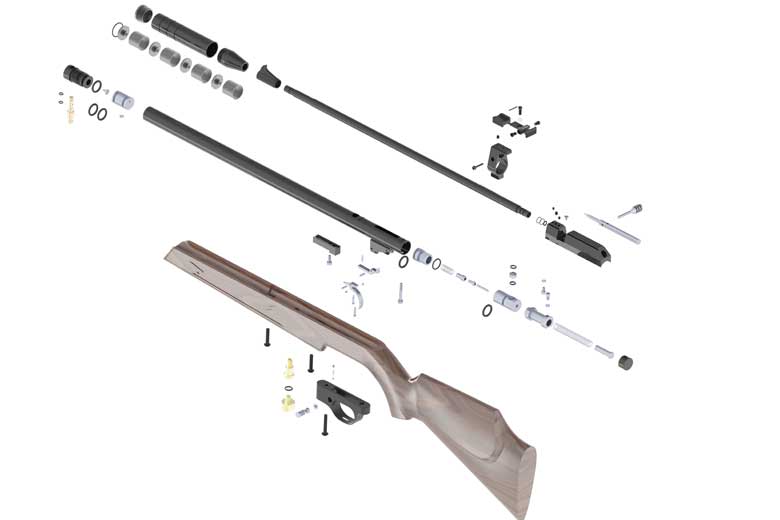 This is the first in a short series of posts on upgrading this air rifle using original Diana parts. So it seems logical to first publish a Diana Stormrider parts diagram so that we can orientate ourselves before starting work…

The heading image above shows the complete Diana Stormrider parts diagram as a computer rendering. It was kindly supplied by Diana. Thanks to Tobias Schmidt, Diana’s International Sales Manager!

Below, we will enlarge sections of this rendering to see the approximate shape, quantity and relationship of the various parts.

Note that these renderings are only provided for orientation purposes. Do not attempt to dismantle a Stormrider just on the basis of these renderings! If you do and there’s a problem, you’re liable, not Diana or Hard Air Magazine!

First, we see the rear of the stock, together with the three stock screws. The trigger guard assembly and safety is shown too, as is the pressure gauge and its adapter. 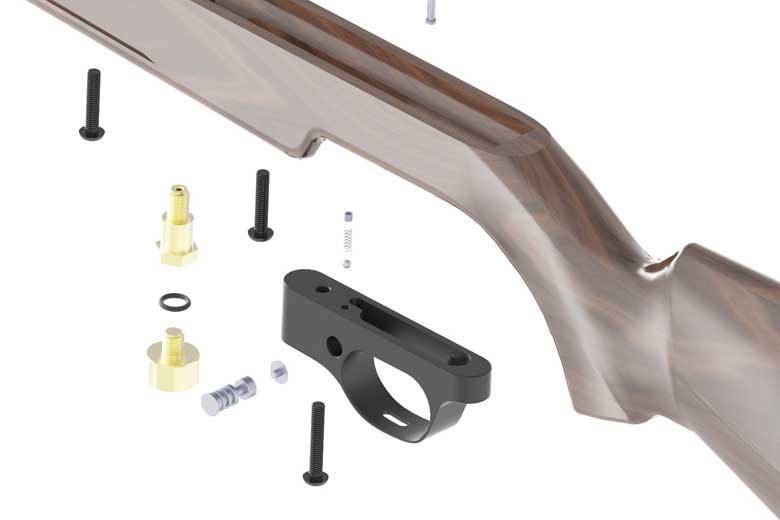 Next we see the trigger blade, sear and associated trigger parts. That tubular piece at the rear of the pressure tube is the front of the valve assembly. We’ll see that in the next schematic. 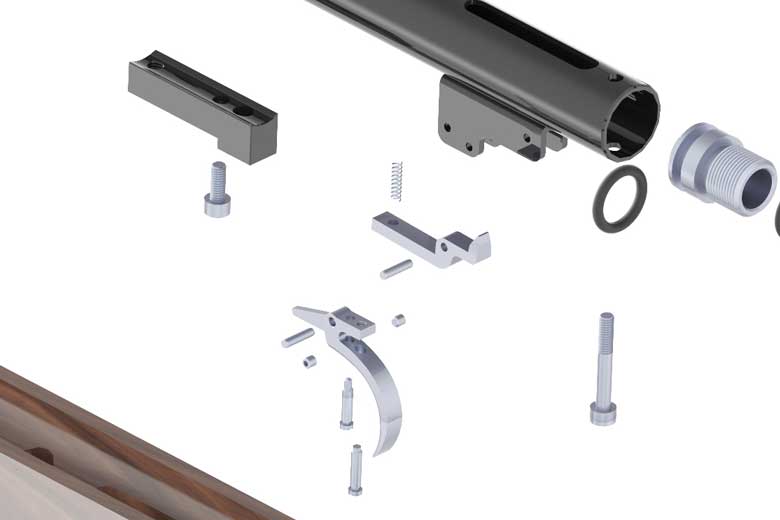 Below we have the rest of the valve assembly, together with the hammer, hammer spring, and spring guide. We also see the hammer pin and the transfer port assembly between the valve and the breech. 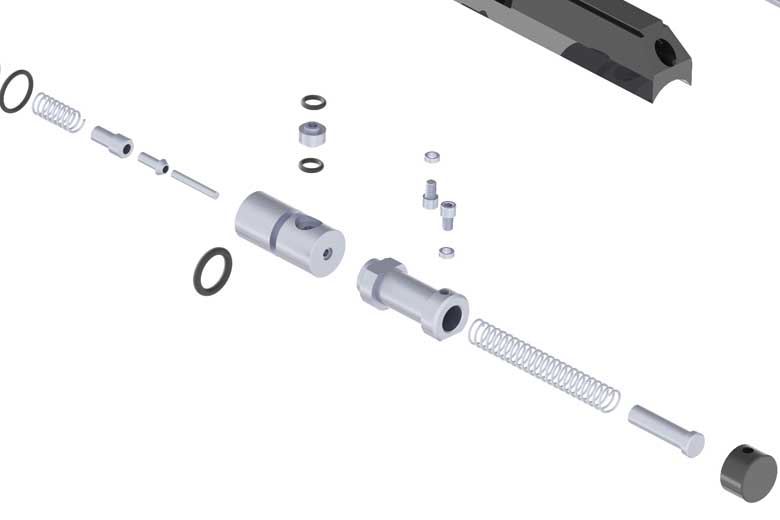 Here’s the breech, illustrating the bolt and bolt handle. The screws and O rings used to mount the barrel into the breech are also clearly visible. 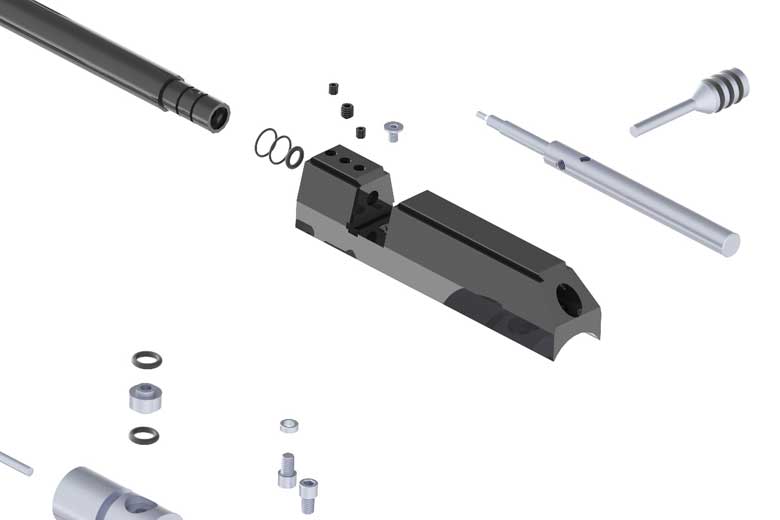 Below is the fill assembly at the front of the pressure tube. The brass part is the fill probe, of course. 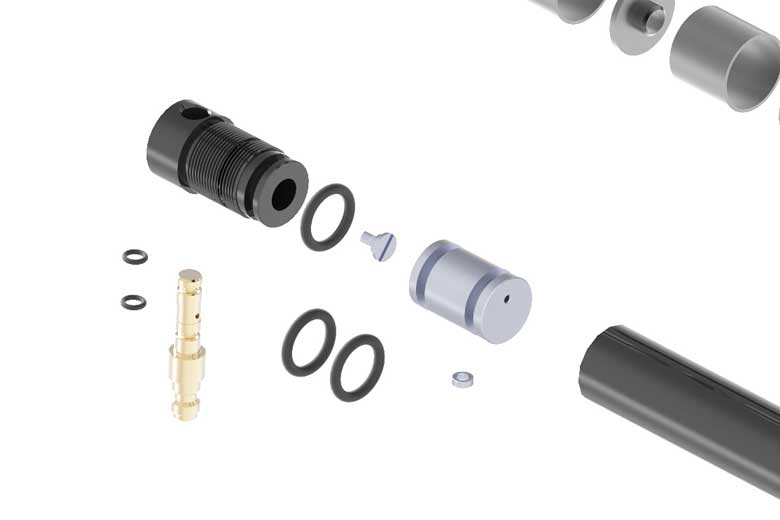 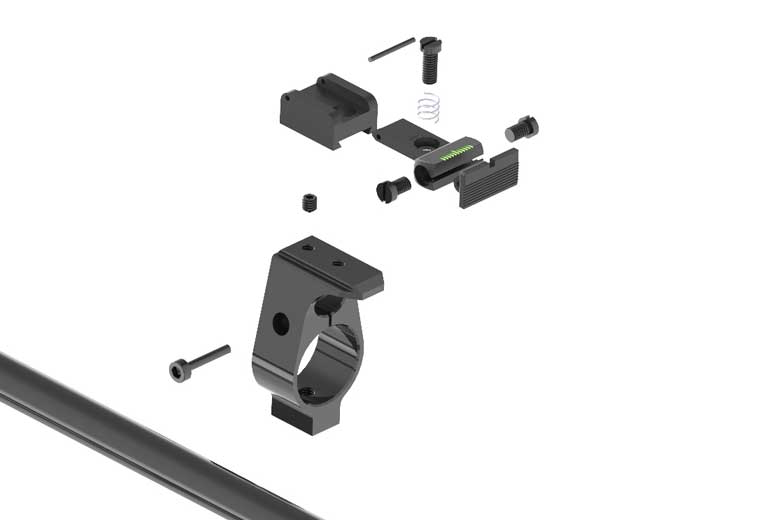 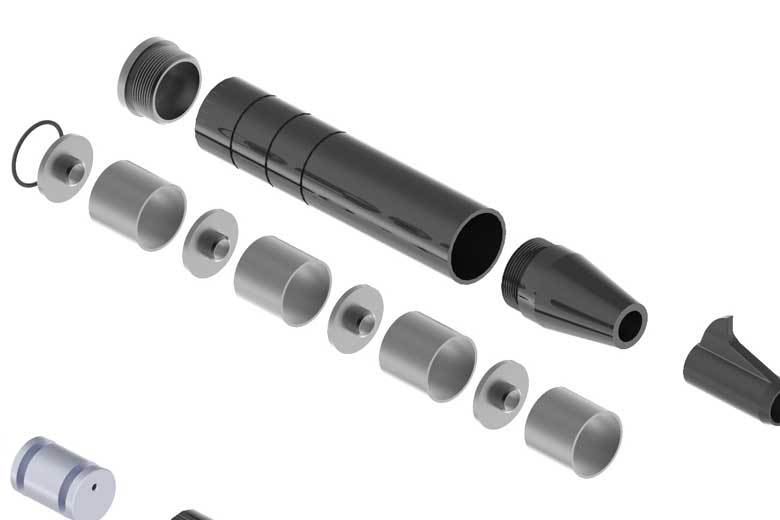 So there we have the Diana Stormrider parts diagram. It’s specific to the Generation Two version, but the Gen 1 model is fairly similar.

We’ll refer to these parts diagrams in future articles on upgrading the Stormrider. 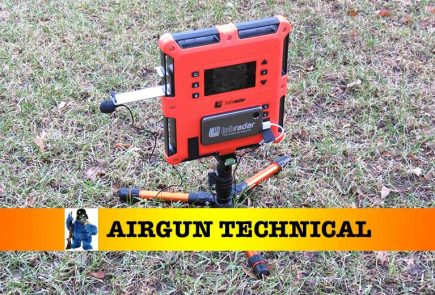 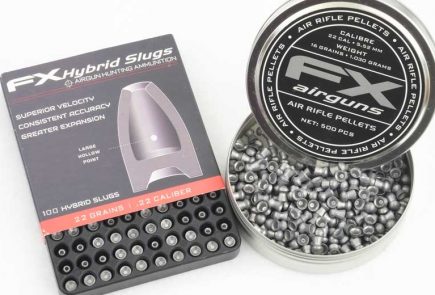 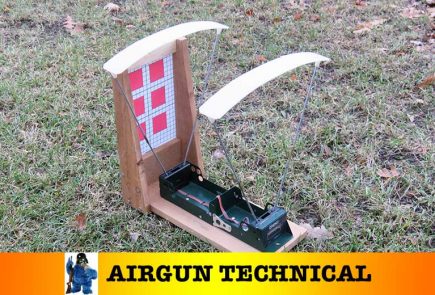