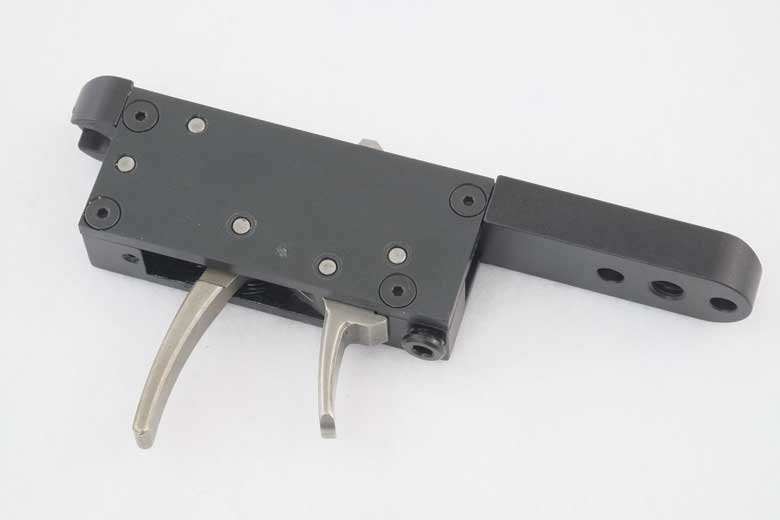 I have long been somewhat confused by the differences and similarities between Marauder and Challenger 2009 triggers. Strictly speaking, that should be Trigger Assemblies, of course. And judging by questions we receive in our Archer Airguns parts business, I’m far from alone…

So to resolve the issue once and for all, I analyzed the parts diagrams for the Generation 1 Marauder, Gen 2 Marauder and Crosman Challenger 2009. I also spoke to Velocity Outdoor Product Manager Phillip Guadaulpe. Thanks for the explanations and clarification, Phillip!

In fact, the answer is much simpler than I expected.

3. However, only two individual parts that are different. These are the Trigger Casing and the Sear. All other individual trigger parts ARE interchangeable.

4. Before anyone asks, the SAM (Semi Auto Marauder) trigger assembly is very different from that of the Gen 1 and Gen 2 Marauders. It’s definitely not interchangeable with the bolt action guns.

Below. These screws are located in different positions relative to the trigger slot in the pressure tube of the Gen 1 and Gen 2 Marauders. This shows a BP1764 (Gen 2) Marauder. 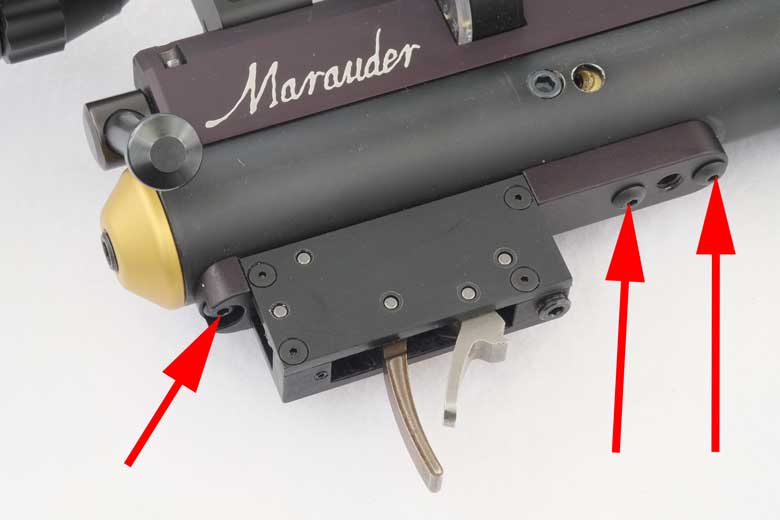 So Why The Confusion?

I think some of the confusion is down to the parts diagrams (EVPs) that are published at crosman.com.

Firstly this is absolutely NOT a complaint against Crosman. The way they make parts diagrams available to owners of their products is outstanding and a model for the industry!

But, there are some issues that arise when comparing the Trigger Assembly EVPs for the Gen 1 Marauder, Gen 2 Marauder and Challenger 2009.

Below. Here’s the EVP for the Trigger Assembly of the Generation 2 Marauder. 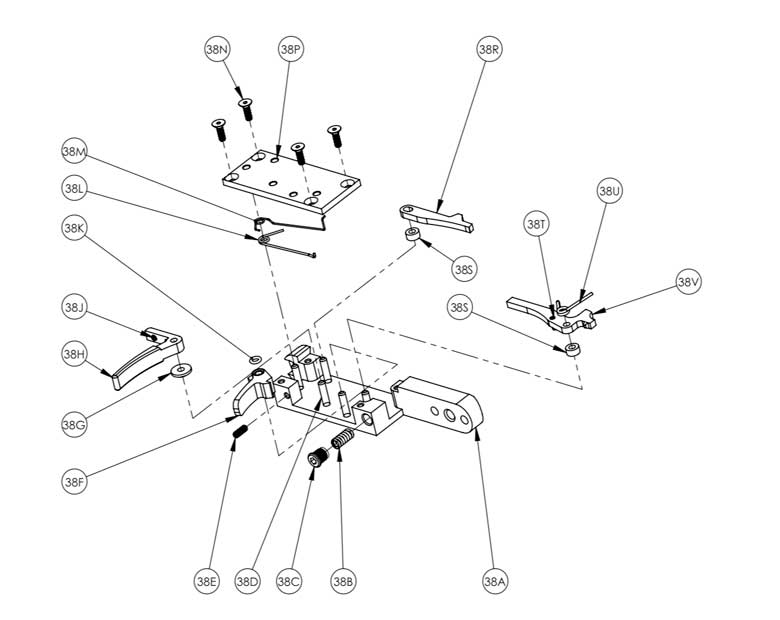 Firstly, the trigger diagrams have the individual parts labelled in different sequences. This makes it more difficult than it should be to compare the different models.

For example, the Trigger, part 1763-042 is identified as Item 6C in the Gen 1 Marauder EVP, Item 29C in the Challenger 2009 EVP and Item 38H in the Gen 2 Marauder EVP. In each case, it has the same part number and performs the same functions in each gun. This labelling confusion extends to many other parts…

Also, the Trigger Casing Side Plate is shown as having different part numbers (1763-041 and 1764-041) between the Gen 1 Marauder and the Gen 2/Challenger. In fact they have exactly the same dimensions and are interchangeable.

Phillip explains that there was a material change made in about 2014 that accounts for the different part numbers.

This is also the case for the Safety, which has part numbers 1763-043 and 1764-043. Again, they are interchangeable, in spite of the different part numbers.

For complete, simple confirmation, here’s a comparative list of the 19 individual parts for Marauder and Challenger 2009 triggers. Crosman has always been VERY consistent and clear with part numbers. Where you see the identical part number listed for different guns, it’s always exactly the same part: even a slight change is recorded by issuing a different part number, as we’ve seen above.

I hope this makes things clear!