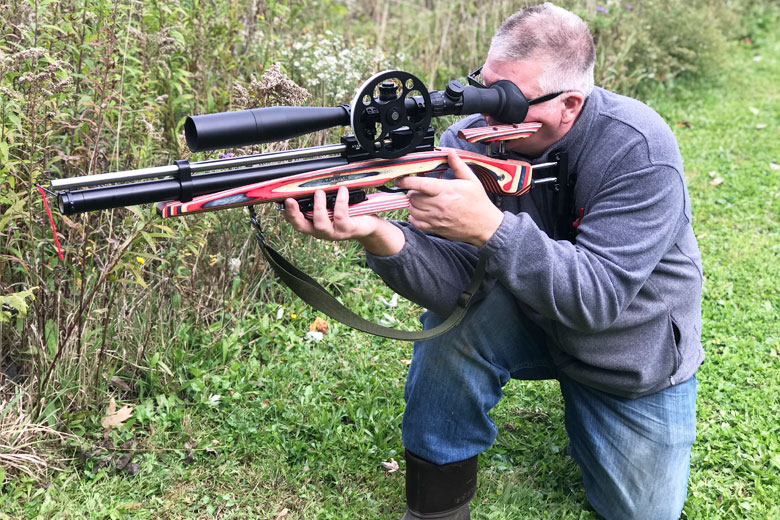 Sean McDaniel won the Hunter PCP Class at the 2018 Pyramyd Air Cup. For his prize, he chose a beautiful, Ataman M2S target rifle valued at $2,400. What a fantastic prize!!!

So what does he feel about his new air rifle, some weeks later? Here’s Sean’s highly-personal opinions on his new dream gun… 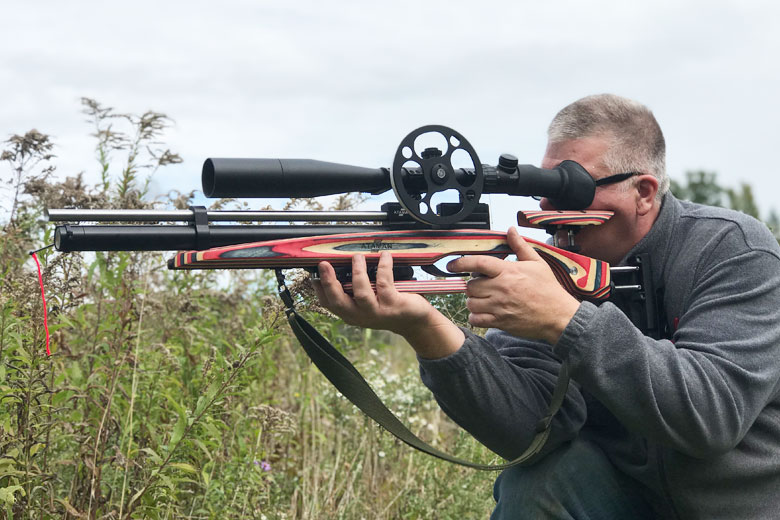 Rifle I’d like to fill you in on how I got here.

It was at the end of last year (2017) that I made the decision to try and take my shooting to the next level. I was at DIFTA and managed a 57/60 which was my highest score to date.

While I had done well at monthly matches, the 2-day Grand Prix shoots were where I typically came up short.

At the time I was shooting my FX Streamline and it was shooting well. But it was with the help of the Dennis and Tom Himes – well downright nagging would be more appropriate! – that I finally took the plunge to really try to improve my scores.

My first Grand Prix of 2018 was at the Cajun Classic in April and I tanked. There seemed to be many dark shots I think and I had never ranged dark targets. Another lesson learned!

The Importance Of Practice

I continued practicing and working to improve my scores at our regular monthly FT shoots. By the time of the Crosman All American Field Target Shoot in July I was in a good place. I ended-up finishing third. 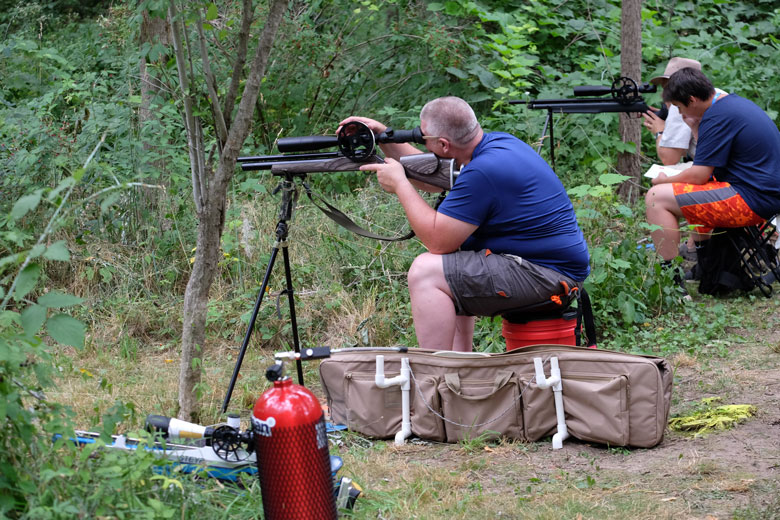 [Note, Sean is also Match Director for the CAAFTC, so he’s actually running the shoot, not just participating. This makes his score even more creditable – Stephen Archer].

Finishing this well at a Grand Prix showed me that my hard work was paying off. The Himes brothers then doubled down and got me to go visit them for a weekend to work on my shooting.

Personally, I think they wanted some competition to make life interesting!

After spending the weekend with Dennis and Tom Himes, I saw just how much practice they put into this sport. I also saw how much preparation they put into each match: sorting pellets, cleaning barrels, tuning their rifles. 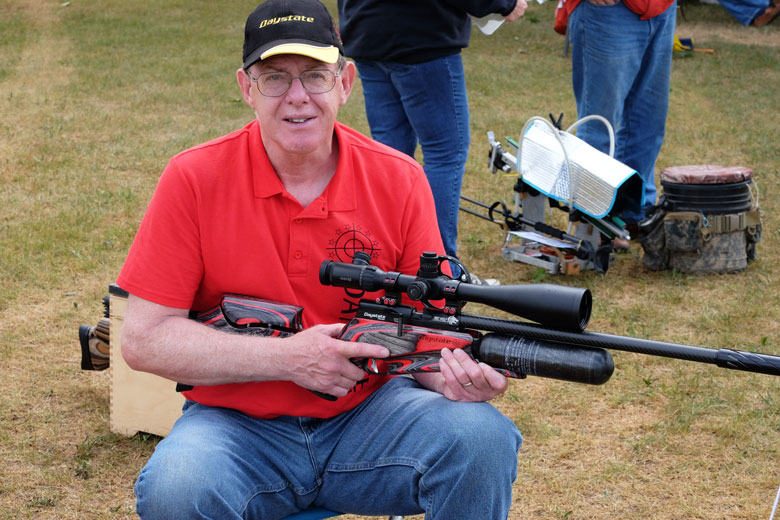 Above. Tom Himes encouraged Sean, along with his brother Dennis.

As much as I didn’t want to, I started sorting my pellets because I saw the difference first hand. This, I believe, took care of the occasional flyer.

And when it comes down to a point between placing and not placing it’s those couple of flyers that can make or break you!

I also got back into doing several daily practice sessions in my basement at 10 yards trying to knock down a 3/8-Inch target in both standing and kneeling positions.

Then came the Pyramyd Air Cup in September 2018. I had typically finished in the top 15 but being a big Grand Prix, I just couldn’t break that barrier.

I worked hard the week prior on my standing and kneeling shots. My rifle was in good shape and shooting well. But 50 people in my division?

There are some really good shooters out there…

Day 1 came and went and when the scores were posted I was in first place for Hunter PCP! 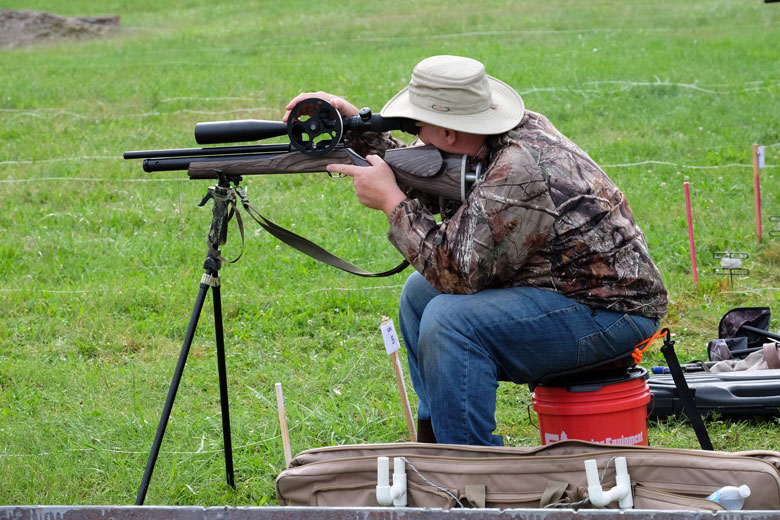 Great, but I still wasn’t expecting anything given my day 2 history. Yet when the Day Two scores were posted I remained in first place. I had won the class!

At the Awards ceremony, someone asked me what prize I wanted, and I hadn’t even thought that far ahead. So, I went to the table and looked. There was the Ataman M2S. It’s a 12 Ft/Lb gun, but absolutely stunning with its red, white, and blue fully adjustable laminate stock, and stainless barrel.

Something about it drew me to that Ataman M2S, but would I get it? Not sure as numbers still had to be drawn for pick order. Well, it was my crazy lucky day as I also drew first pick! 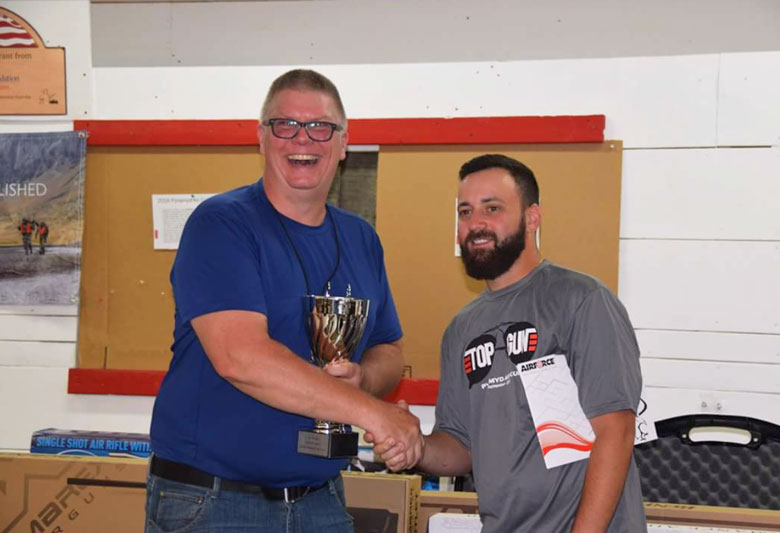 Above. Sean, left, receives his prize from Tyler Patner. Photograph by Janice Himes.

Having a gun as nice as the Ataman M2S is a dream for most and mine had come true.

As much as I wanted to go try it out, the Field Target Nationals were due in a couple of weeks. Clearly it wouldn’t bode well to change equipment mid-season.

After two and a half weeks, I returned from the Nationals and proceeded to take my scope off my current rifle and put it on the Ataman. I then set about changing the stock to suit me, something I’d never had the opportunity to do before…

The length of pull was brought out as far as it would go, and I adjusted the height of the butt-pad to better suit my large build. I pulled out the fill probe and got it filled up to 300 Bar. 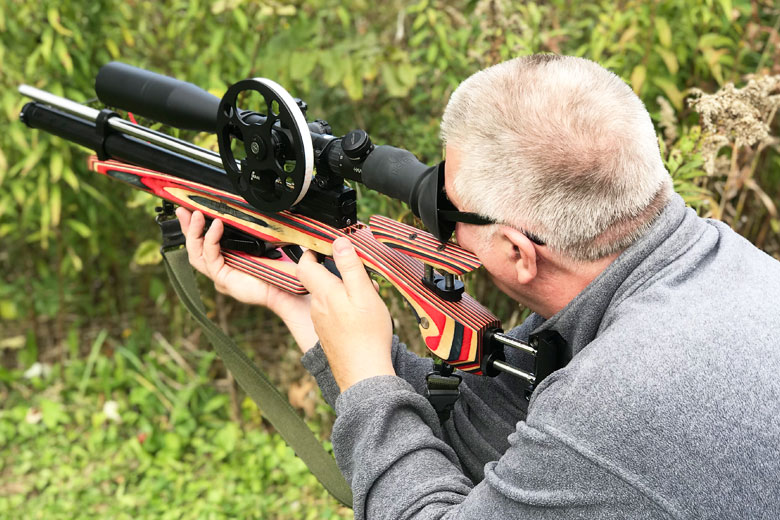 Next, I put the Ataman M2S in “Trigger Test” mode to get the feel of it and thought for sure something was wrong because I didn’t feel any stage. It just kept going off…

Oh, the joys of having a rifle that is WAY superior to what you have ever owned before!

The trigger on this rifle is maybe an ounce or two. And first stage is so light it’s easy to pull right through. If your finger is cold, then forget it because you won’t feel the second stage. 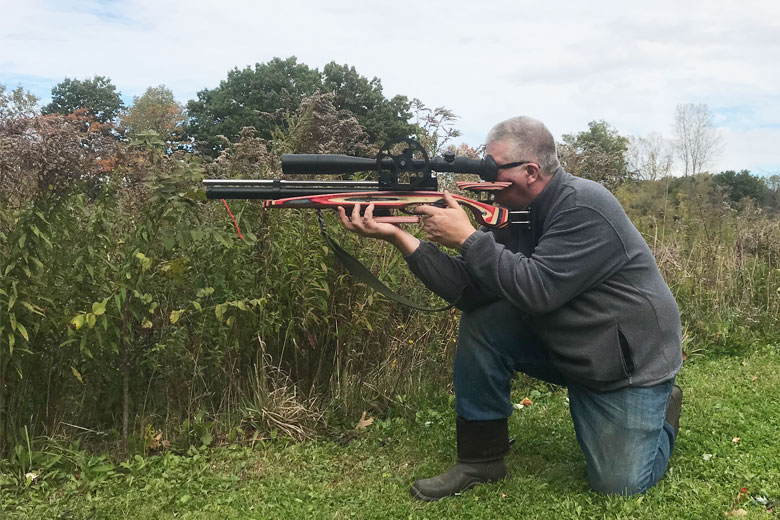 After some time on the trigger, I then turned it on to get the velocity and start sighting it in. The velocity came in at 825 FPS with JSB 8.44 Grain pellets. After getting it zeroed at 30 Yards, I was making a single hole at 30 Yards with a bucket and bipod and some wind. Great!

Then I took the Ataman M2S out to 55 Yards and while I wasn’t getting single hole groups I was getting half inch or less with unsorted pellets.

Keep in mind that I shoot with the scope at 16x, so getting those groups at that magnification is, IMHO, doing very well!

Being able to fill up once every 200 shots is just crazy! I could fill it up and have it last me an entire Grand Prix weekend. 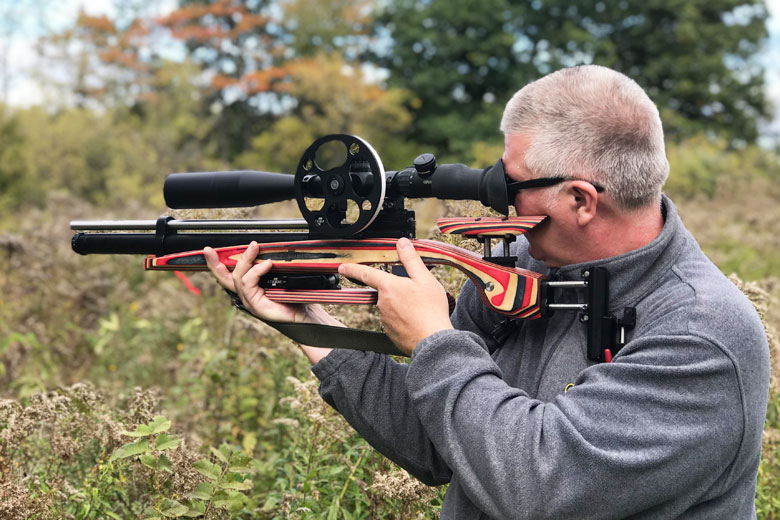 I’ve already put several hundred rounds through my new Ataman M2S and can see that my accuracy is getting better.

I didn’t realize just what a difference a trigger this light can do for you. The light trigger means that you must be crazy aware of gently squeezing the trigger. It also means that when it’s time to take the shot there is a lot less pressure required that would then be transferred to the shot.

The rifle is longer than the Streamline, which suits me well. I also think that having the bipod placement farther away also works in my favor.

In my eyes the Ataman M2S Field Target

Rifle is a functional and precise work of art, and who doesn’t like to show off their art?

Sean, thanks for telling us about your new air rifle. Now we need to see how you perform with it in the 2019 season. No pressure! 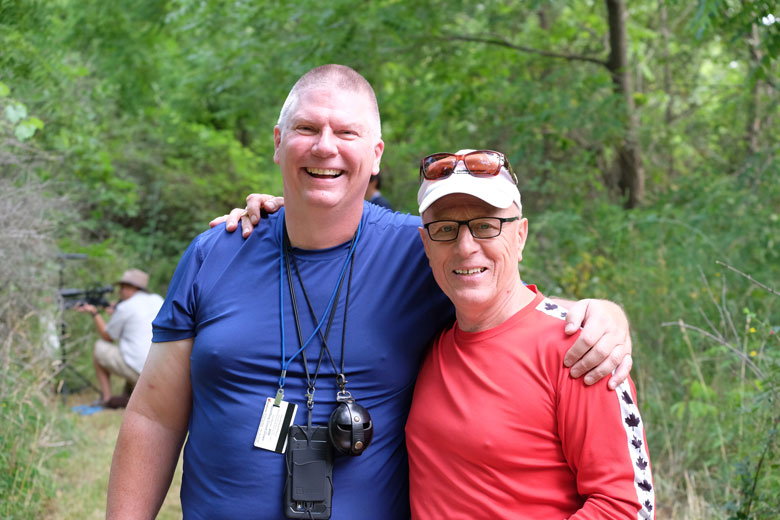 We also need to mention that Sean is passionate about helping others start and enjoy airgun shooting, as in the case of this photograph above. He’s Match Director for Field Target at the Rochester Brooks Gun Club in upstate New York and a HAM contributor.