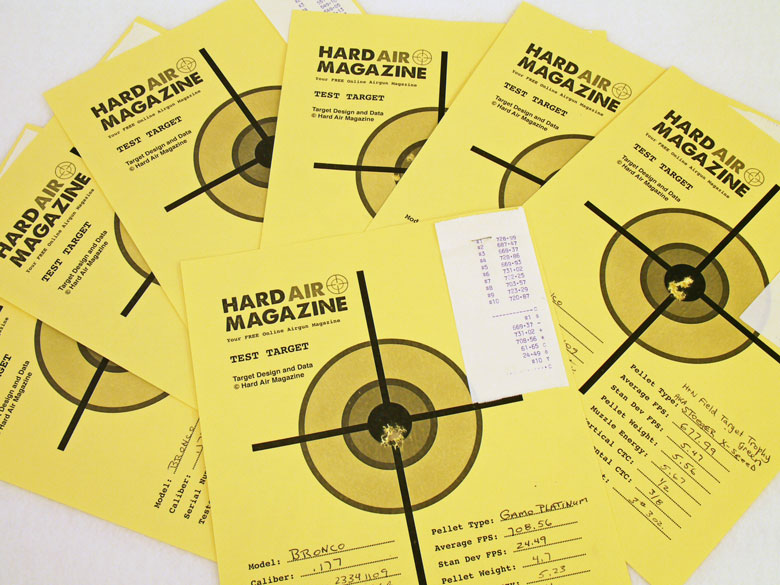 Hard Air Magazine’s aim is to provide readers with the best information to help them buy an airgun or associated product. That’s why we are publishing HAM’s Test Philosophy here for all to read.

To give the most benefit to the most people, HAM concentrates on “mid range” products that are available in the USA; e.g. air rifles costing between about $100 and $500.

First, Hard Air Magazine’s tests are undertaken by very experienced airgunners. These guys really know what they’re doing and have been doing it for a long time! For example, HAM Tester Doug Wall has been shooting airguns for over 50 years!

To make tests of anything meaningful – including airguns – there must be consistency in how they’re tested. For this reason, Hard Air Magazine uses standardized testing procedures conducted by experienced testers.

HAM test reviews are based on hard data as much as possible. That’s why we publish all our test targets, muzzle velocities achieved, etc.

The subjective sections of our tests – eg “Appearance and Finish”, “Buying and Owning” are reviewed jointly and compared to other products to give as much consistency as possible.

This is a “quality” score. It’s expressed as a percentage. The higher the HAM Rating, the better the product.

As HAM reviews are conducted according to standardized test protocols, HAM test reviews scores can be directly compared to each other.

The overall HAM Rating is derived from the results of our tests. The biggest influence is given to performance – what’s actually on the test targets and chrony printouts, but all segments of the test count towards the final performance. 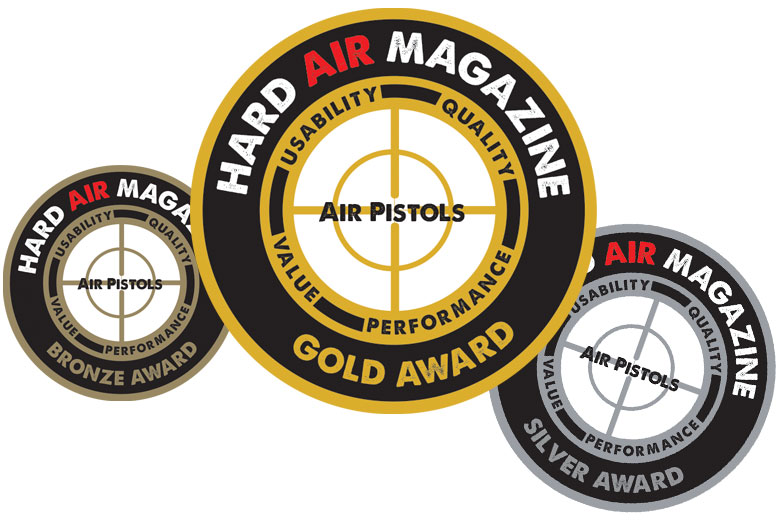 HAM Ratings are compared between products for consistency and reasonableness. HAM Awards give a “value” indication by relating the HAM Score to price.

For example, airgun A might gain a HAM score of 86%. This means that it is better in an absolute sense than airgun B which gains a score of 74% as the two test reviews were conducted under identical conditions.

But what if airgun B costs twice as much as airgun A? Which is the better buy?

HAM Awards help you to make that decision.

Because HAM Awards relate Hard Air Magazine test review scores against the prices of the guns, they enable a comparison based on Quality, Usability, Value and Performance.


The table below shows how HAM Awards are determined for air rifles.

Note that the prices used by HAM for determining HAM Award status are the “Street Prices” – the typical retail price you would pay excluding tax – at the time of the test. This price includes the scope that’s bundled with many air rifles.

If no scope is bundled with the gun, the Street Price includes an amount that a typical user would probably pay for a scope and rings to accompany the gun.


Check out HAM Test Reviews and look for the air rifles with the HAM Gold Award logo. These are the best buys!

For companies wishing to license HAM Awards for endorsement purposes, details are here.

The vast majority of air rifles are sold bundled with a scope and mounts. In these cases, the HAM tests and ratings are made with the bundled optics.

But some air rifles – particularly the more expensive ones – are sold without a scope and mounts, to give maximum flexibility of choice to the buyer. These air rifles usually have no iron sights and so require a scope to be mounted for use.

To give the correct test rating for air rifles sold without scopes, HAM assumes a typical price for a scope and mount that would be chosen by a buyer. This price is added to the “gun only” price in our test review, together with an appropriate score in the “Sights and Scopes” section of the review.

This table gives details of how this is done.

The RateAGun score is a “usability” rating and it applies to air rifles. It’s expressed as a number.

Many air rifles require specific knowledge or experience to shoot well. Of course the HAM testers know this and apply these techniques naturally. But many air rifle shooters – newcomers in particular – don’t know this, or have difficulty doing so consistently.

The RateaGun score indicates how easy an air rifle is to shoot “for the average Joe”.

RateAGun scores are calculated using a consistent algorithm that’s been derived as a result of much time and experience.

There’s no conflict between the HAM Rating and RateAGun scores. They’re different, but complimentary, ways to compress huge amounts of information into simple comparisons that can help you buy the best airgun.

Check for a high HAM rating, particularly in aspects that you find important (eg “Speed and Accuracy”), combined with a RateAGun score that matches your experience and capabilities. This will give you a good starting point for choosing an air rifle.

The test results and data shown by Hard Air Magazine apply only to the individual product sample(s) tested by HAM.

As EVERY manufactured product – not just airguns – will have very slight variations, test results will not be exactly the same for any other sample of the same product. However the results of our HAM tests should be indicative of the performance that could be expected by a consumer under similar test conditions.