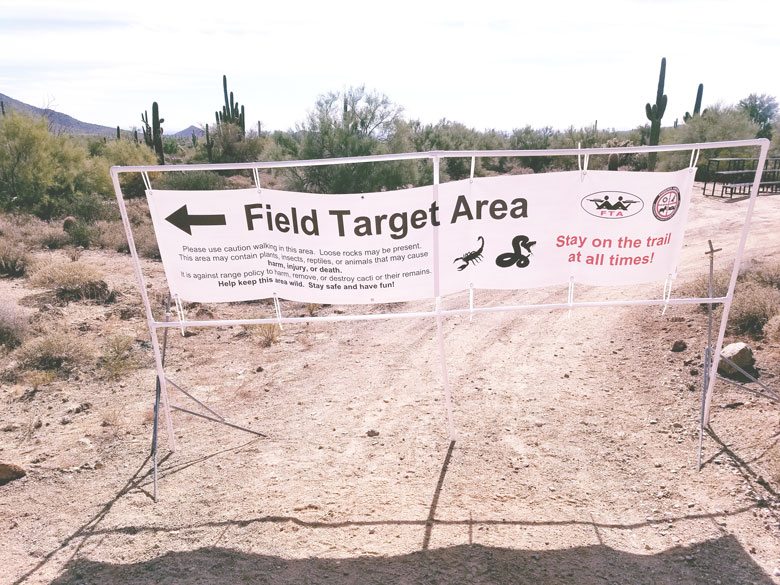 HAM tester Eric Brewer continues his personal view of the 2017 AAFTA Nationals in Mesa Arizona with the action on the final day.

Day 3 at the 2017 AAFTA Nationals in Mesa Arizona.

The second day of the rifle match started off the same with everyone at the sight-in range once again, followed by the shooters meeting. 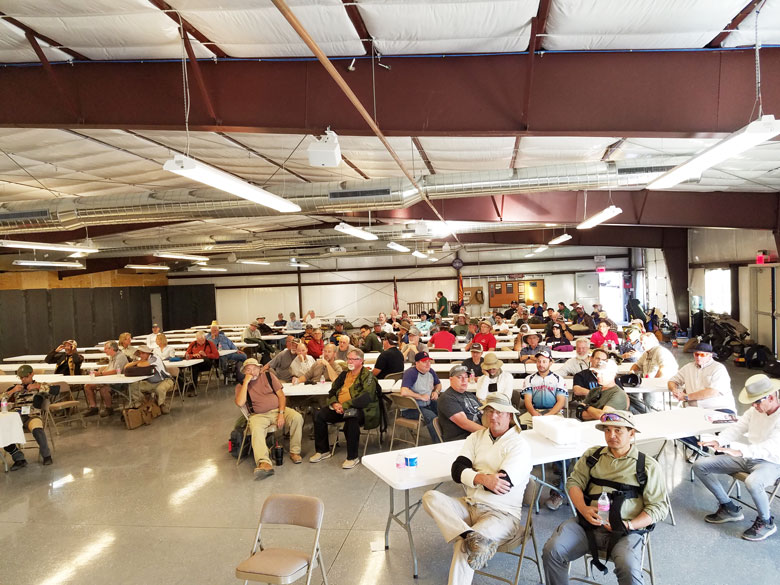 For Day 3 I was paired with Sandy Corcorran and Bill Liebke. 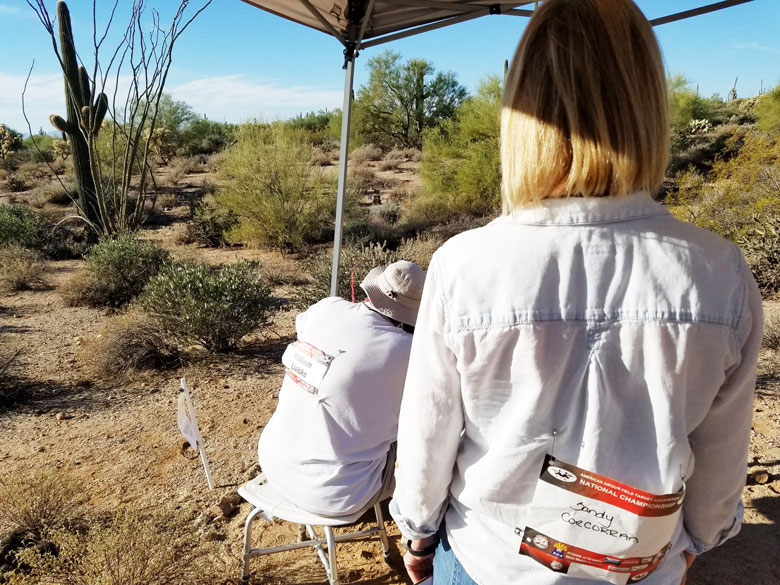 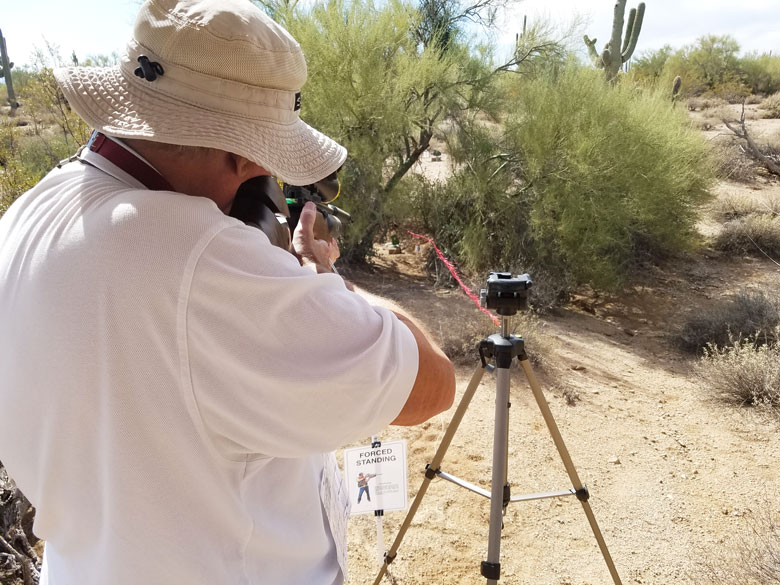 Some target were so far out that they were hard to see. Luckily each target had its sequence number next to it and that was easier to find in the desert. 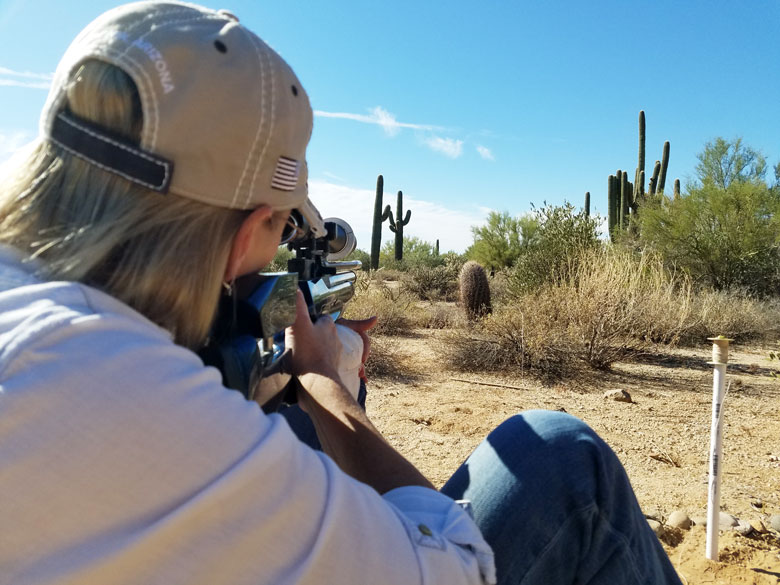 Below. Yours truly shooting one of the two standing lanes. 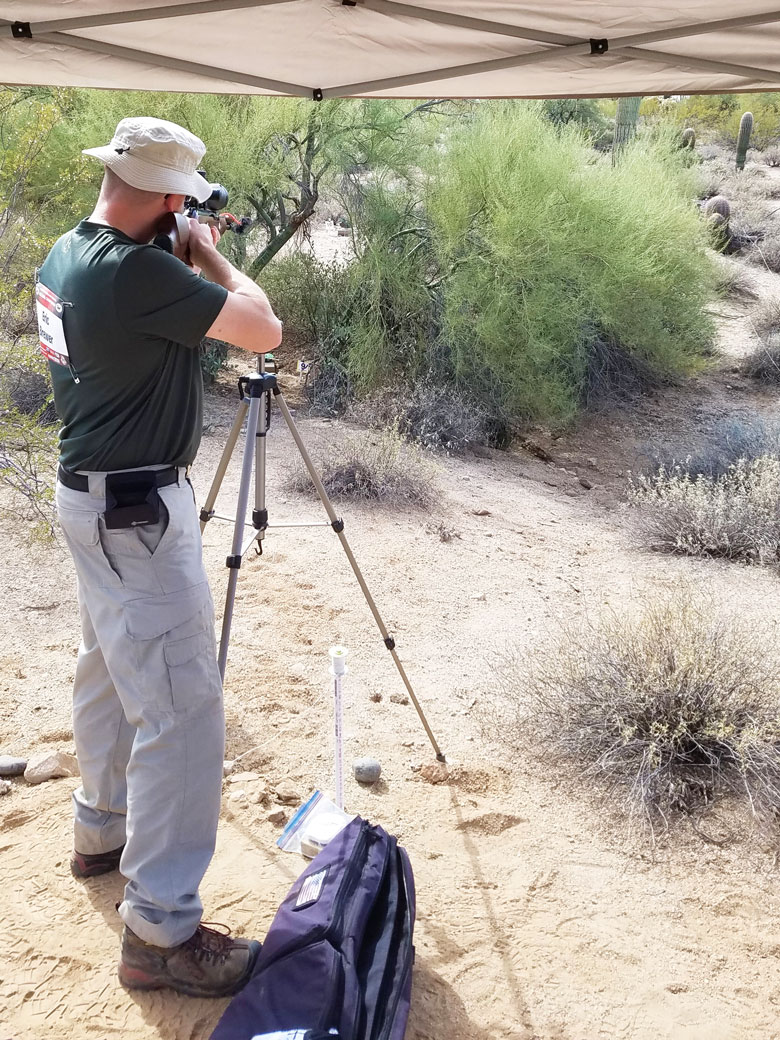 Below. William Stevens shooting prone the whole match except for the forced positions. 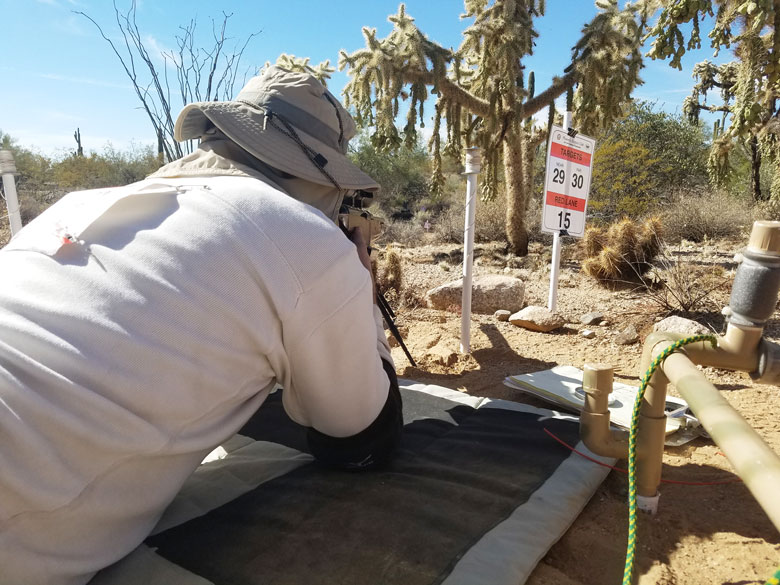 Here we have Matt Sawyer giving the thumbs up. He had some unfortunate circumstances. First he had his scope fail when sighting in and on the next day his gun failed. Really bad luck for a good shooter but he borrowed a gun from another contestant and kept a really good attitude about the day! 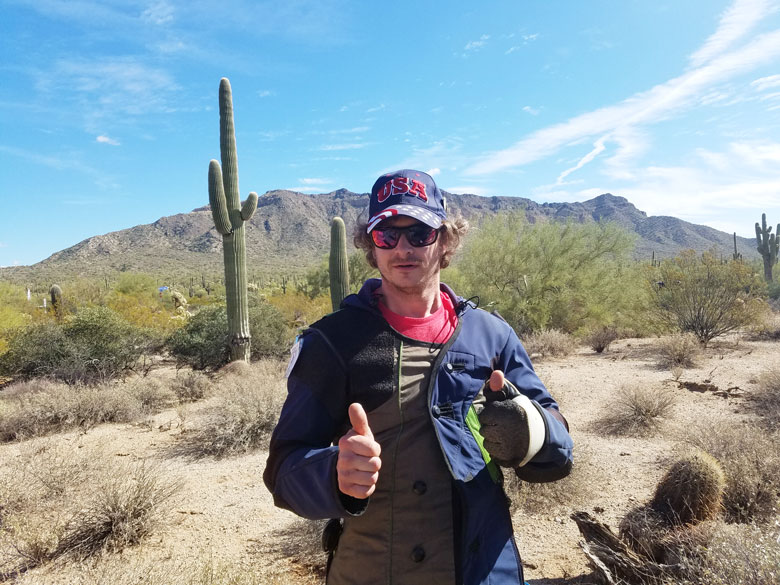 When all the shooting was done for day three of the 2017 AAFTA Nationals in Mesa there were some shoot offs required. Here we see Bill Day and Jim Cyran shooting for fifth place in Hunter PCP with Jim coming out on top. 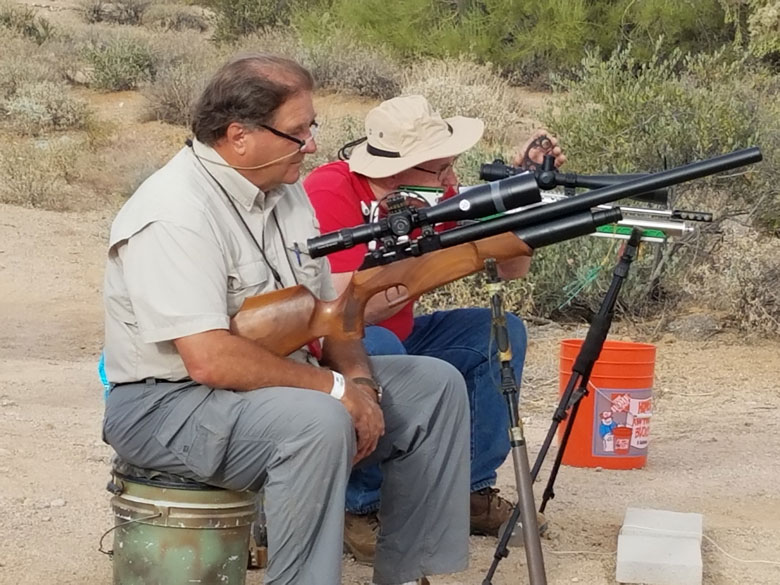 Next there was a three-way tie between Tyler Patner on the far side, Edwin Tubens on the near side and Mike Niksch in the middle. Tyler took fourth, Edwin came third and Mike second. 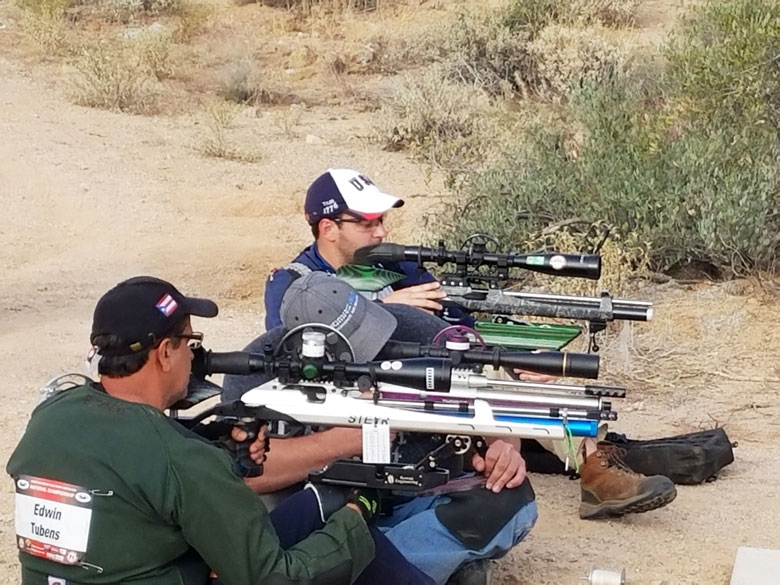 Another three-way tie was in Open PCP. Here we have Scott Allen on the far side, Hector Alfaro on the near side and Doug Miller in the middle. Doug came in fourth, Scott third and Hector took second place. 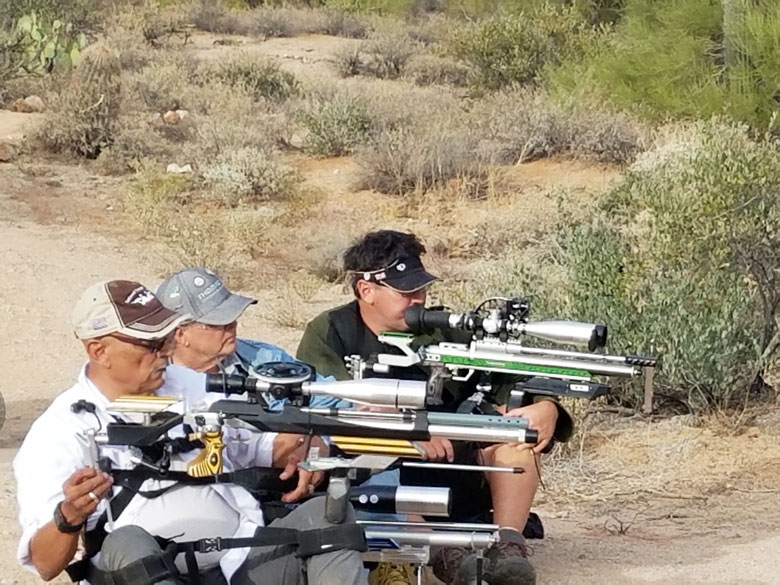 The last shoot off was for fifth place in Open PCP. We have Kelly Howe on the near side and David Corder on the far side. Kelly came out the winner in this shoot-out. 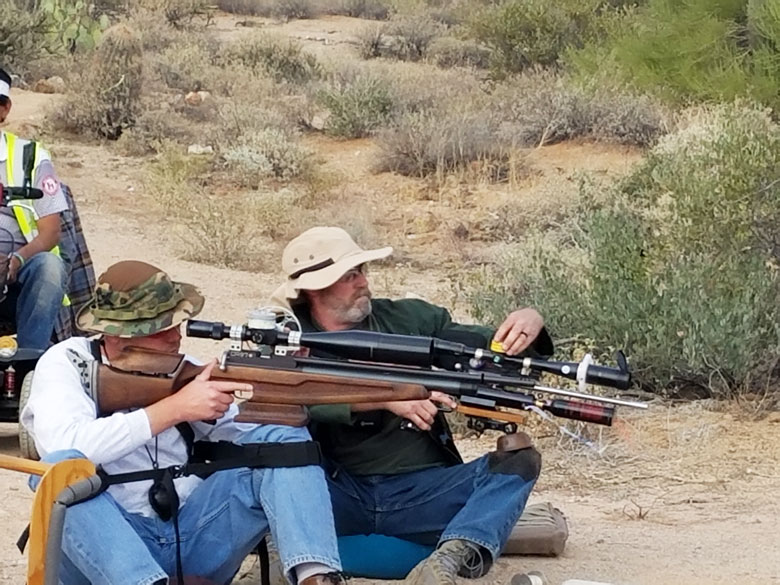 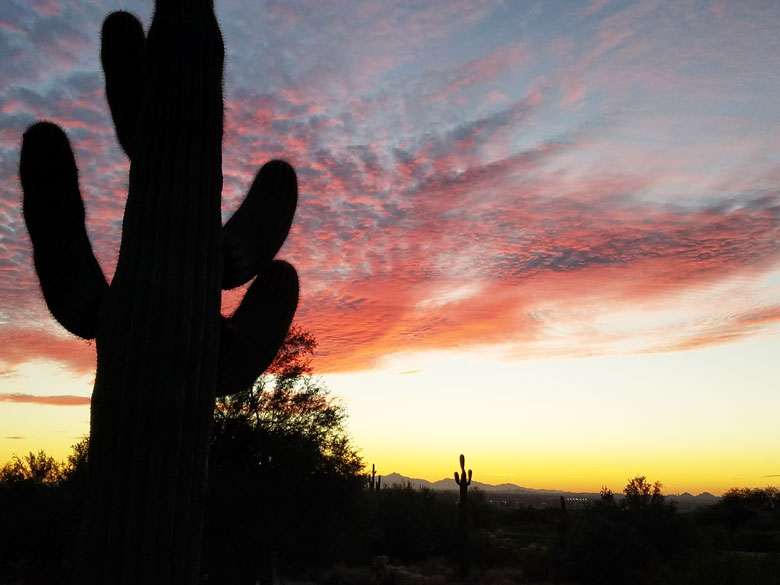 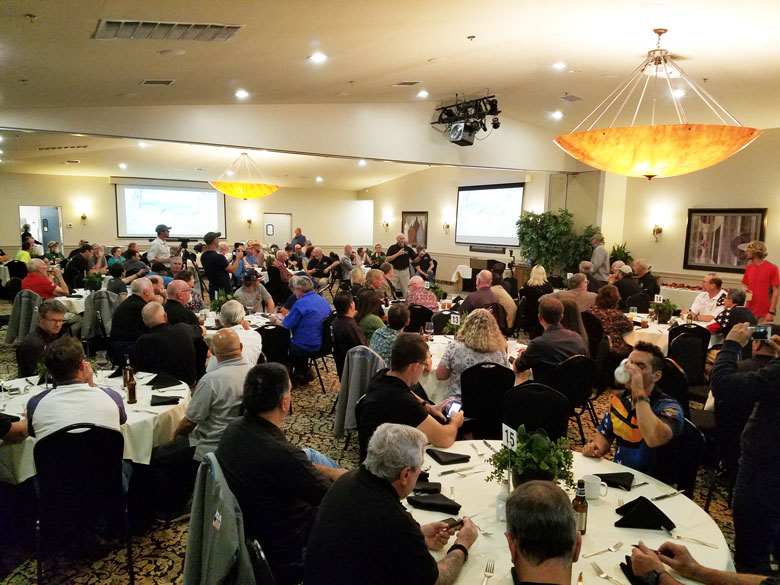 One of the special items that the Match Directors had for us was having the native Indians come in and tell us about the local culture and then did a beautiful dance. 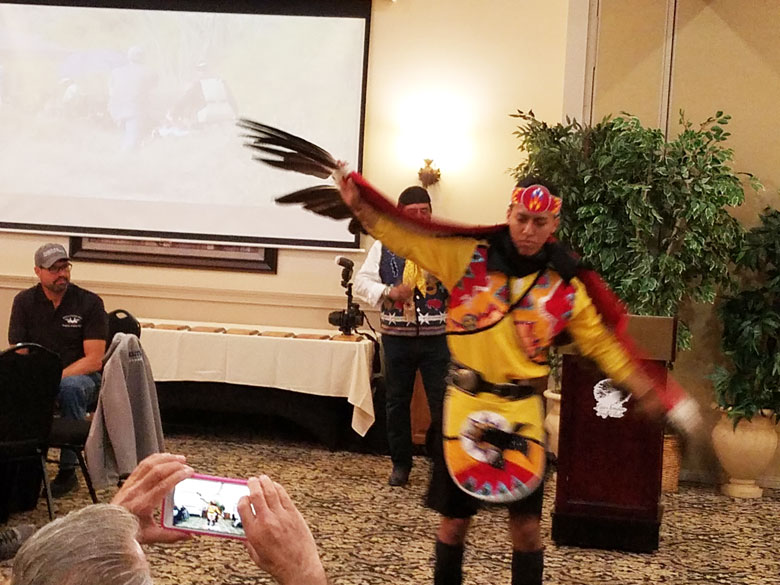 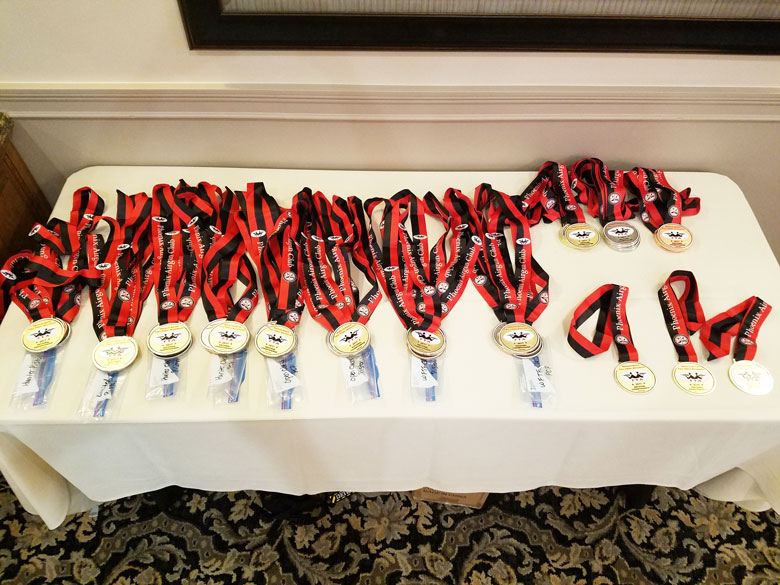 Above. The medals table.

I was lucky enough to bring home first place for Hunter Piston category, below. 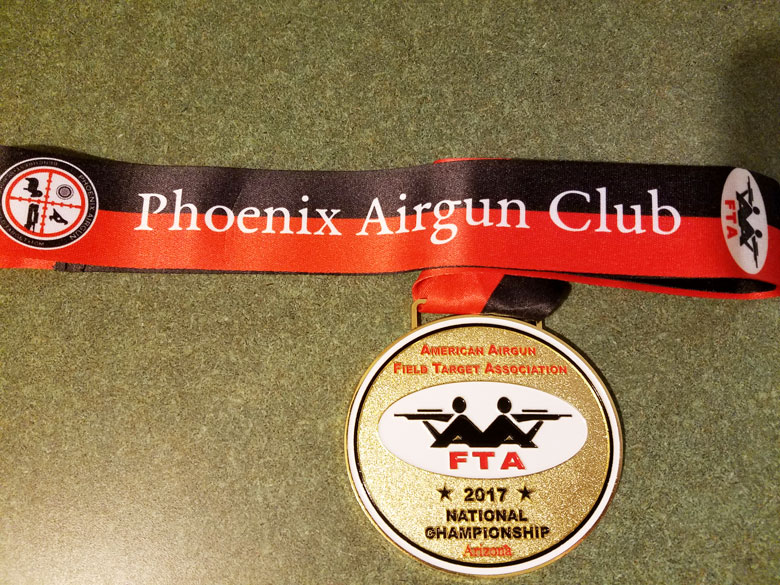 A great thing about the 2017 AAFTA Nationals in Mesa was all the people that you met. And they were all really friendly!
There always seems to be good conversation at these events and I always leave them learning allot about my own shooting as well as things others are doing to their guns and set ups! You not only get to shoot in great locations around the USA you get an education that is easy to receive.

Phoenix Airgun Club did a great job with the 2017 AAFTA Nationals in Mesa from start to finish. I would like to once again say THANK YOU to all the people that made this weekend happen.

You can see a full list of results for the 2017 AAFTA Nationals in Mesa at this link:
http://www.phoenixairgun.net/aafta-nats-results

Eric, thanks for your great coverage of this outstanding event. And great shooting, too! 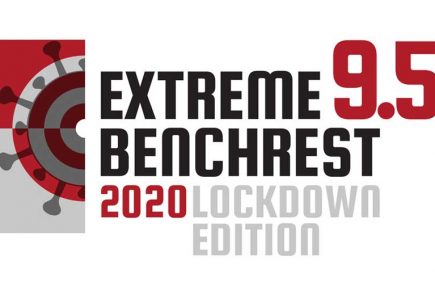 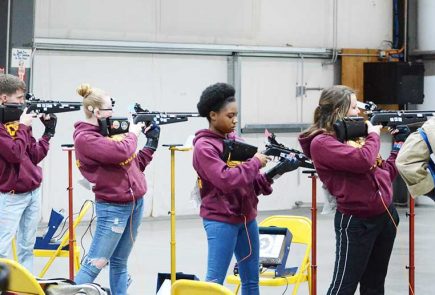