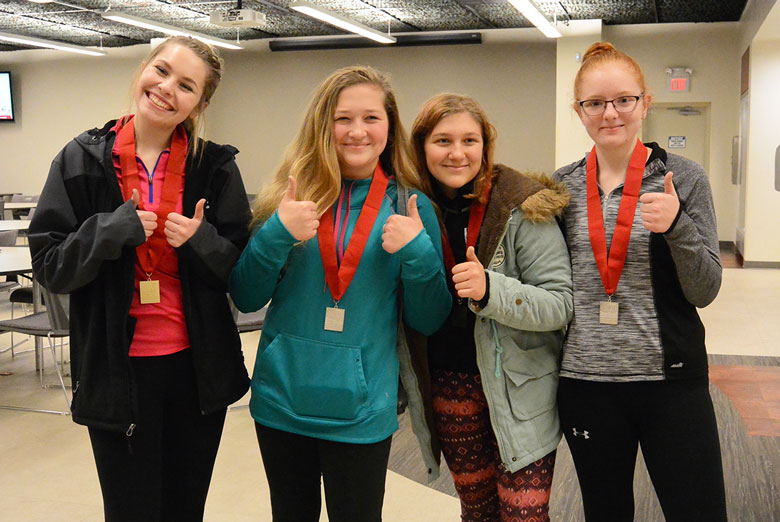 The firing line belonged to the girls during the Civilian Marksmanship Program’s 2018 Gary Anderson Invitational air rifle event. They secured all of the podium spots in both the precision and sporter classes at this annual event! 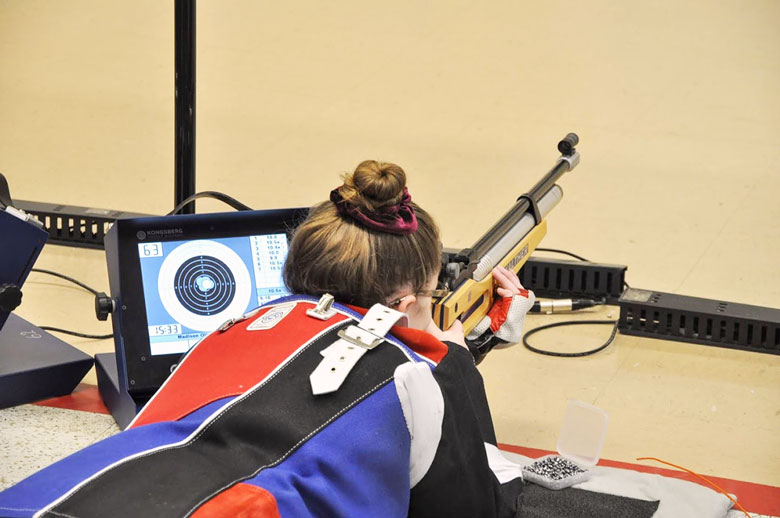 A total of 363 junior athletes from around the country visited the Gary Anderson CMP Competition Center in Ohio and the CMP South Competition Center in Anniston, Ala., Nov. 30 and Dec. 1 to compete in the 2018 Gary Anderson Invitational match. The 3×20 aggregate air rifle event allows competitors to go “shoulder-to-shoulder,” even while miles apart, by combining scores from both locations to determine overall winners.

In the precision individual match, Katrina Demerle, 14, of the Fairfield Sportsmen’s Association in Ohio, fired an aggregate score (3×20 plus Final) of 690.1 to claim the overall win. Following in second was Natalie Perrin, 16, of the Demmer Center Jr. Shooters from Michigan, with a score of 688.1. Emily Buck, 13, of the Shelby County Shooting Sports Association (SCSSA) from in Alabama, rounded out the Top 3, with her score of 685.1.

A team competition was held concurrently during the 2018 Gary Anderson Invitational event, combining the individual scores of a four-person team. Additionally, teams were ranked as either Scholastic or Club, based on affiliation. 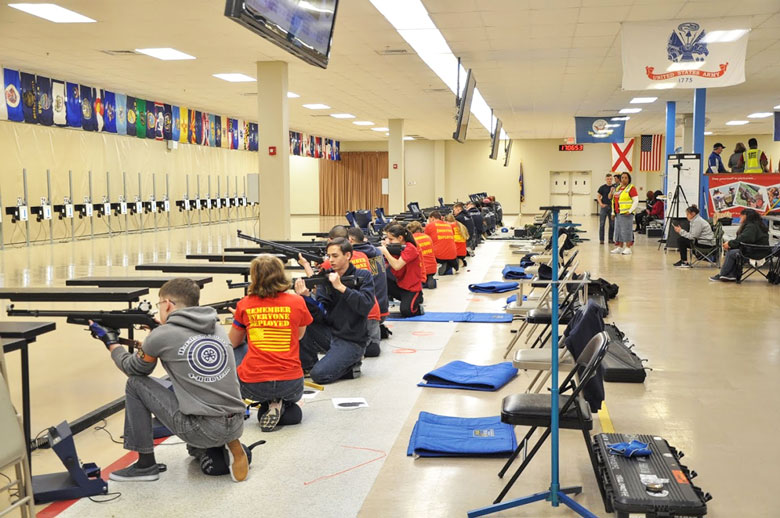 SCSSA 1 led the field of over 50 precision teams in the competition. Members Emily Buck, Maggie and Claire Vonderau, and Jakob Hill reached a combined score of 2320-143x for the win. Demmer Center Jr. Shooters landed in second in the match, as Hawkeyes Precision out of Alabama took third. The teams were also the Top 3 Club teams of the 2018 Gary Anderson Invitational.