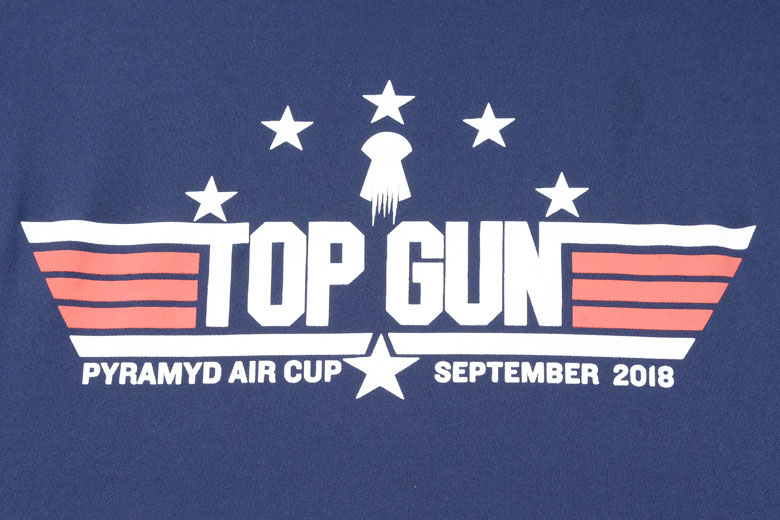 Yesterday I thought that I had ferreted-out all the unannounced new products that were at this event. But I was wrong!

In fact, Yvonne from the Leapers team was field-testing a new, unannounced UTG Bugbuster-type scope as she shot the Field Target competition. 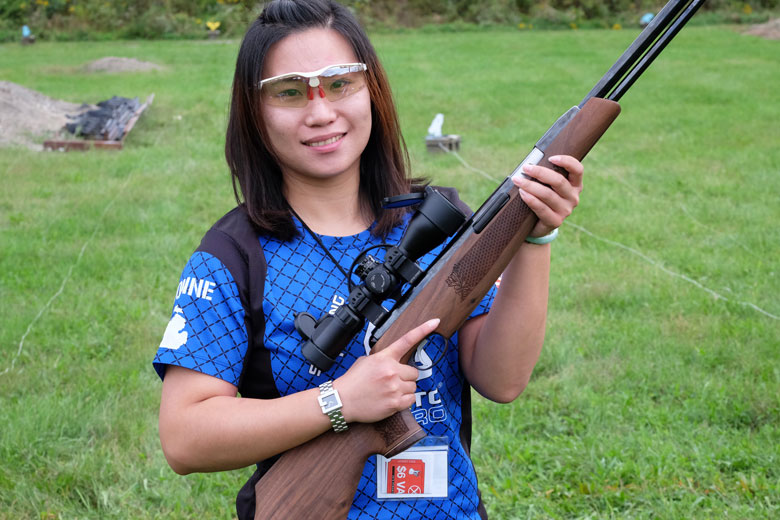 Below is a close-up of the scope. No details yet, but we can see that it’s a zoom scope with 12 x maximum magnification and what looks like a 40mm objective lens. HAM will  bring you more information as it becomes available… 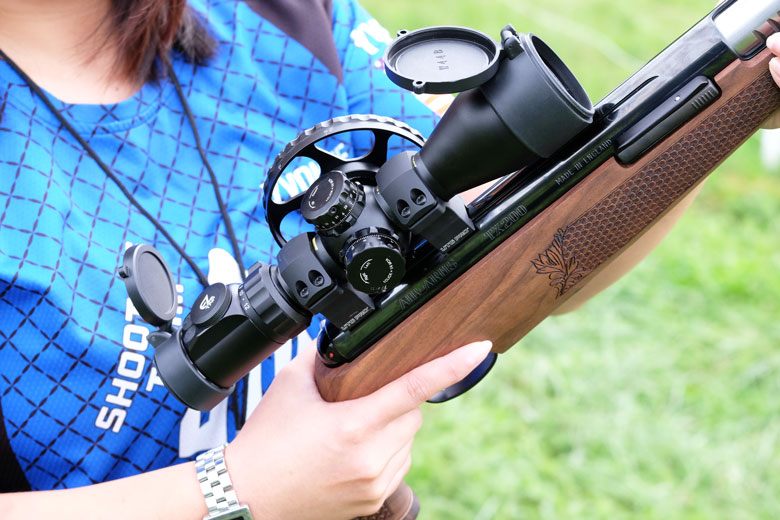 The main competitions began on the 2018 Pyramyd Air Cup Day Two. These were the Field Target match and the Pyramyd Gunslynger speed silhouette shoot.

The weather was overcast, but everyone appreciated the cooler, less humid weather! 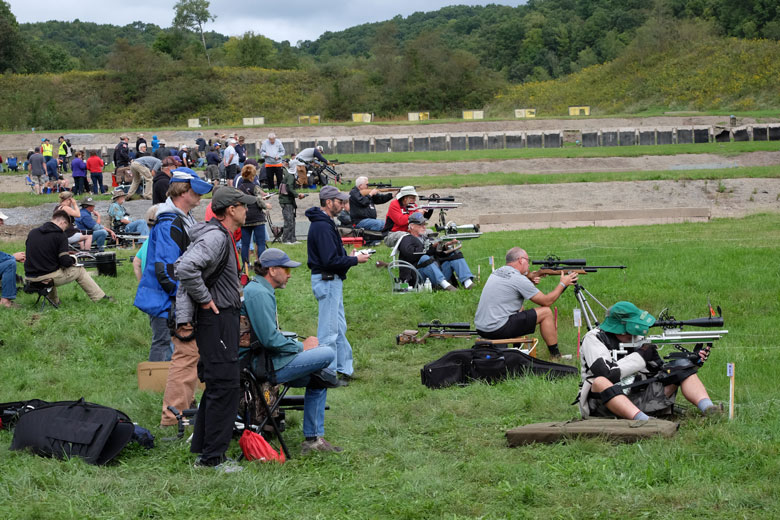 Over 100 competitors were registered and shooting at the 2018 Pyramyd Air Cup Day Two. 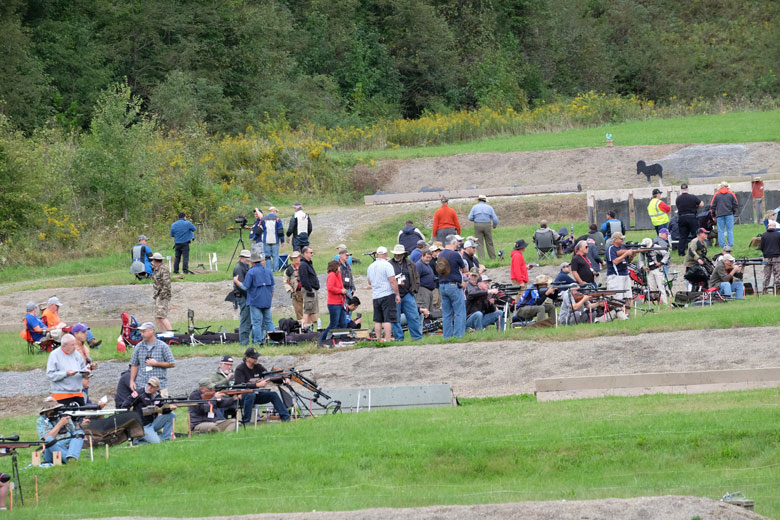 Among those competing were Team Puerto Rico. That’s Manuel Morales, Edwin Tubens, Waldemar Gorldis and Pedro Abreu. They were having a great time, as we can see below! 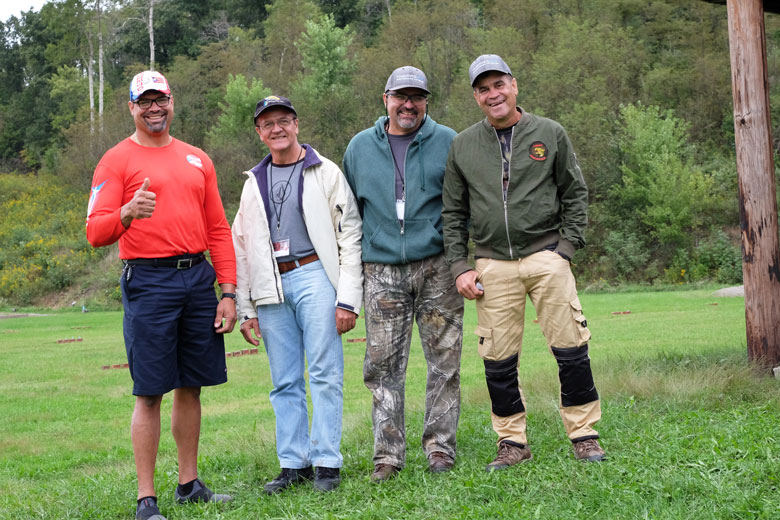 Match Director Tyler Patner had so much to do that he didn’t have time to shoot. However, he was still enjoying the event immensely. Thanks for all your hard work, Tyler! 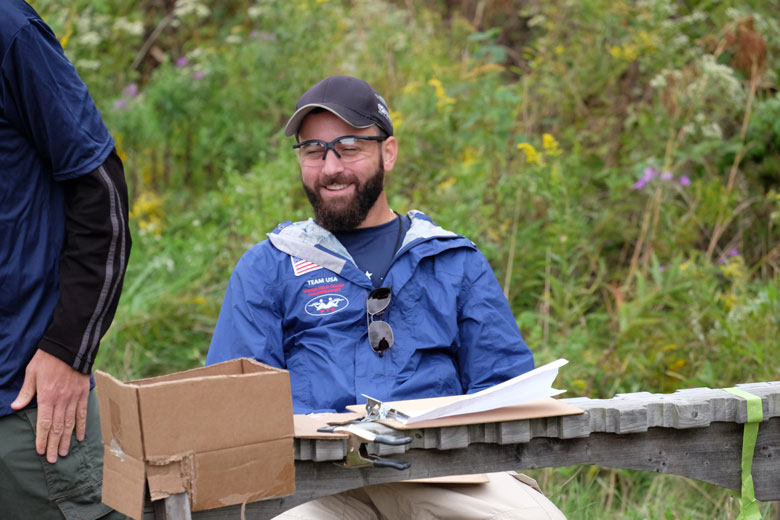 Every air rifle was tested to ensure that it was producing less than 20 Ft/Lbs Muzzle Energy. Pyramyd Air had a chrony set up specifically for this purpose, as we can see below. 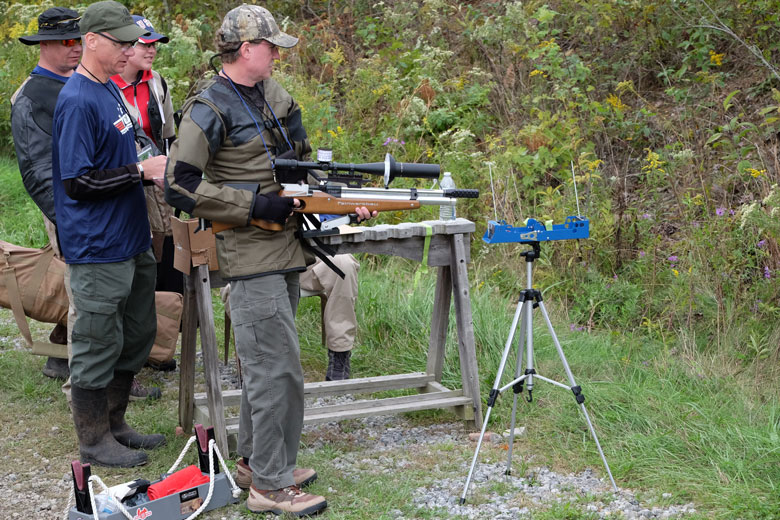 Here’s the members of Team Leapers. That’s Ming, Yvonne and Kiyo. All were shooting and also answering many questions from other competitors on Leapers products. 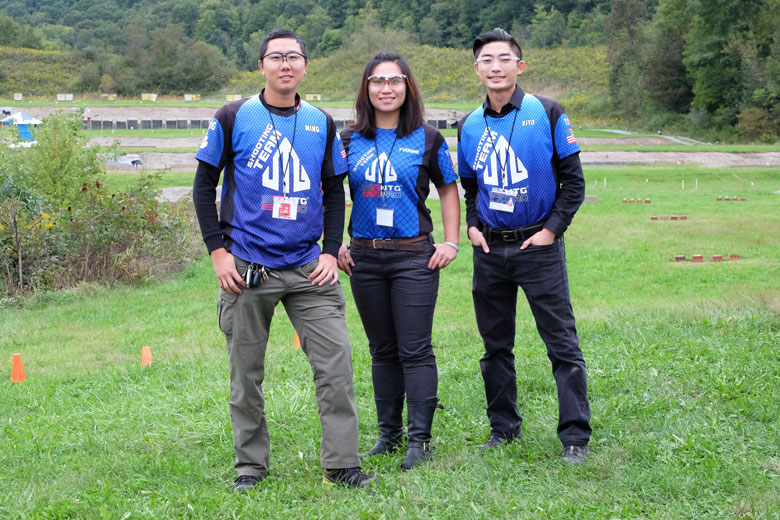 During the morning, there was also a Juniors competition on the Practice range. This young girl was knocking down cans well with a BB gun, well supervised by her Mother and Father, of course! 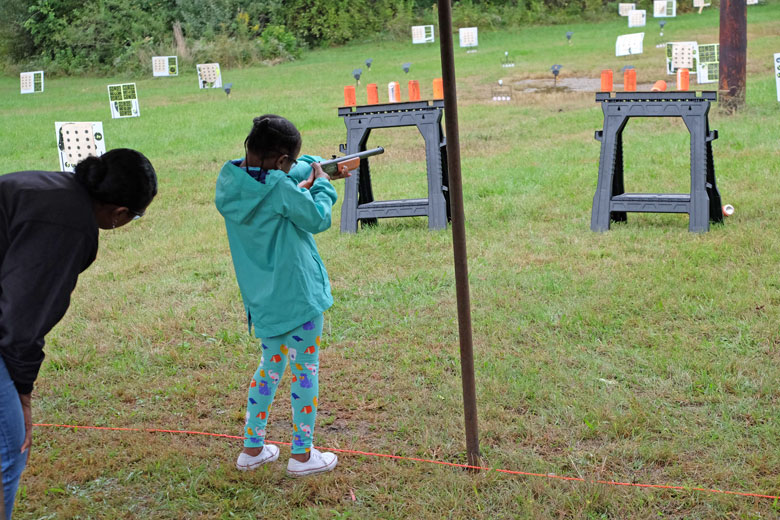 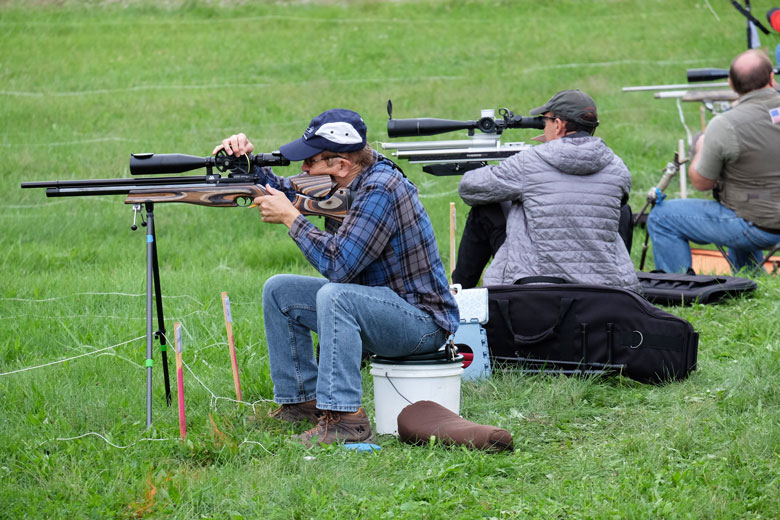 Unfortunately, the Pistol Field Target competition scheduled for Day One had to be cancelled due to concerns over the weather. But Eric Jones proudly showed me his highly-customized Crosman MK I air pistol – running on HPA – that he would have used for that competition. 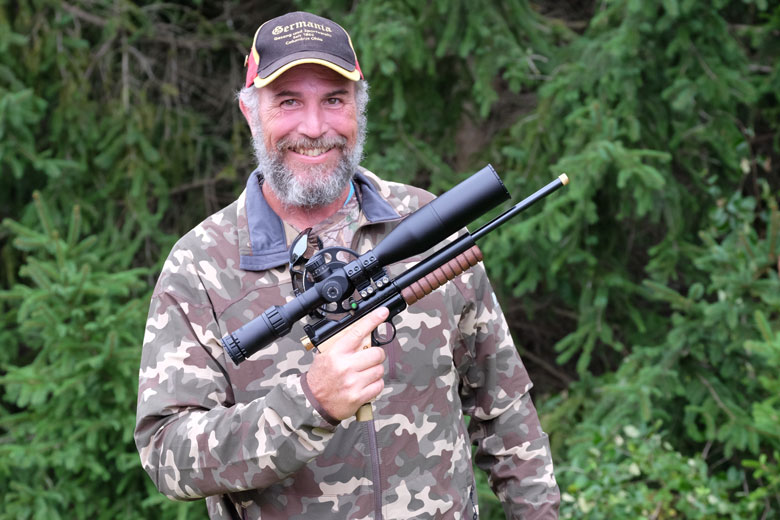 Below is a close-up of this beautiful and unusual pistol. 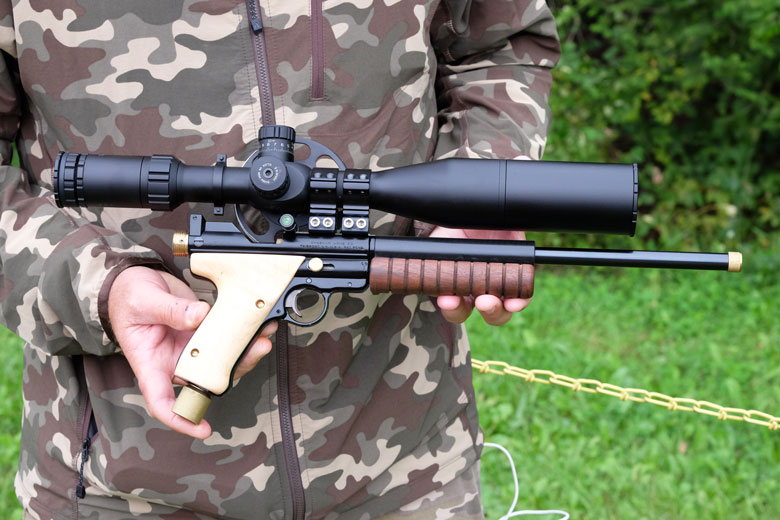 So that’s what the 2018 Pyramyd Air Cup Day Two looked like. Tomorrow, Day Three will see the second round of the Field Target competition and the finals of the Gunslynger shoot.