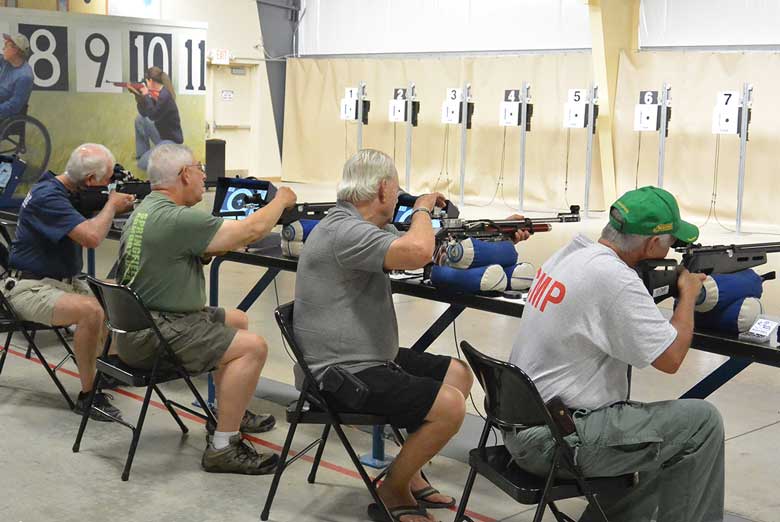 The Civilian Marksmanship Program’s 2019 CMP National Air Gun Match is fired alongside the National Trophy Pistol and Rifle Matches at Camp Perry. Ohio. This gives experienced competitors and those simply looking for a fun challenge the rare opportunity to compete on a national level.

With a variety of air rifle and air pistol competitions designed to accommodate most ages and abilities, everyone is welcome to come and give their best shot at becoming a champion.

In 60 Shot Air Rifle, the ladies led as Samantha Shultz, 17, from Fort Wayne, IN, claimed the top spot by one point, with a score of 611.9. She beat out fellow female competitor Abi Winegarden, 36, of Pittsboro, NC, who fired a score of 610.2. Junior Claudia Muzik, 13, of Green Springs, OH, finished in the third place position, with her score of 601.8.

Winegarden and Nicholas VanRyswyk, 17, of Coopersville, MI, fired exact scores in the 30 Shot Air Rifle Standing event, compiling scores of 300-20x. Jacob Day, 14, of Columbus, GA, trailed by just one point – having dropped a point in his first round of 10 shots and ending with 299-20x.

SFC Brandon Green, 34, of the Army Marksmanship Unit, earned the overall win in the AiR-15 Challenge, impressively only dropping two points for a score of 398-14x. He narrowly beat out competitor Brad Schoenemann, 19, of Lodi, WI, who earlier in the week had accompanied Green on the firing line during the President’s Rifle event, claiming the High Junior title.

During the Challenge, competitors fire in a 20 Shot Match using AiR-15 lead pellet air guns that mirror the look of highpower service rifles. Unlike previous years, where the Top 20 would compete in a shoulder-to-shoulder elimination Shoot Off, the Highest Scoring competitor of the event was named the winner. 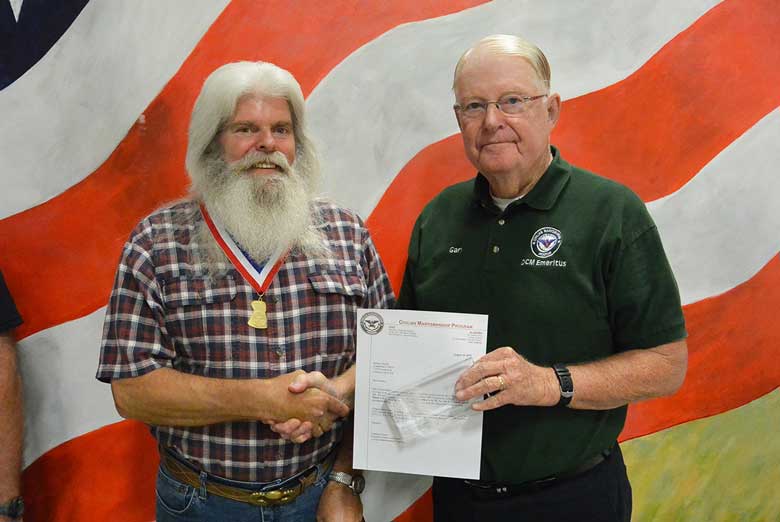 In Bench League competition results, Rodney Snyder, 63, of Fremont, OH, overtook the AiR-15 match by firing a score of 309.2. He is shown above, being presented with his award by Gary Anderson of the CPM. Larry Kiraly, 66, of Perrysburg, OH, led the sporter match with a score of 314.7, as Philip Edwards, 71, of Marblehead, OH, earned the precision win, with a score of 319.7.

A Top Center Shot competition was also held during the 30 Shot Standing Rifle and Pistol matches, where the competitors firing the top eight closest shots to center receive monetary prizes, based on the number of entries. In pistol, Glenda Hurt, 48, of Red Oak, IA, received $210 for earning the closest shot, while Frank Baumgartner, 16, of Fort Wayne, IN, received $51 for the closest rifle shot.