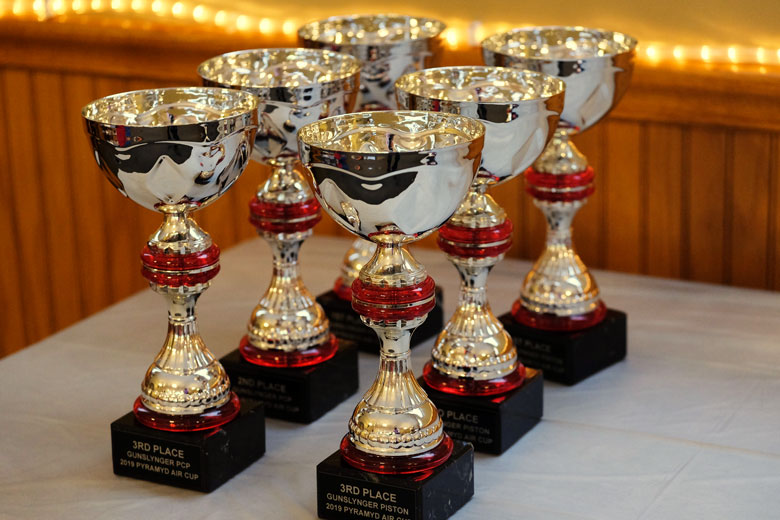 The PA Cup Gunslynger competition is a rapid-fire, speed silhouette event. The action is fast and furious as competitors face “sudden death” elimination in each stage of the shootout.

As always, the PA Cup Gunslyger competition is divided into Springer and PCP divisions. This gives a fair chance for competitors who choose to shoot with single-shot breakbarrel guns, compared to magazine-fed PCP air rifles.

Gunslynger was held on Friday, August 23, the first day of the 2019 Pyramyd Air Cup.

Below. You can just see the concentration on John Bagakis face as he competes in the Springer division! 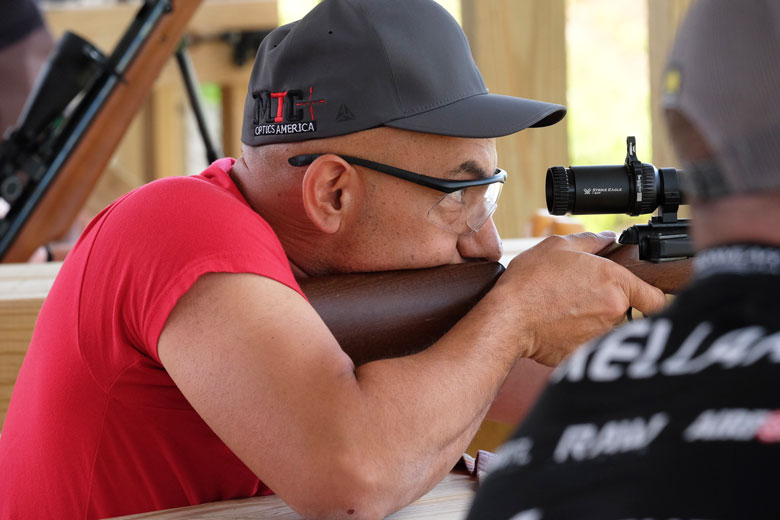 This year, the targets – tiny animal silhouettes – were part of resettable “banks” as we can see below. This innovation worked well and made the competition much faster than the individual targets formerly used.

There was no hunting-around on the range to find some tiny steel animals that had spun off into the distance after being hit! Also, the targets were not blown around by the wind, as has happened at previous events, causing delays. 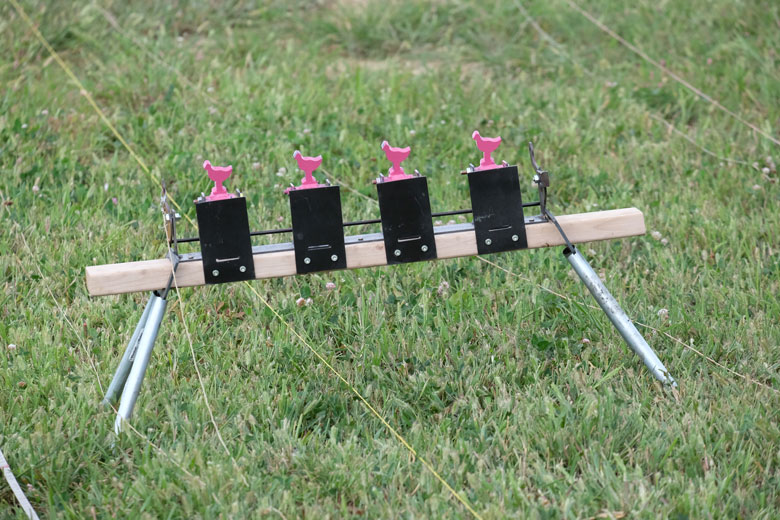 Below we see Gunslynger springer action. The speed with which the competitors cocked and reloaded their guns was amazing. There must have been some sore arm muscles for those who progressed far through the stages! 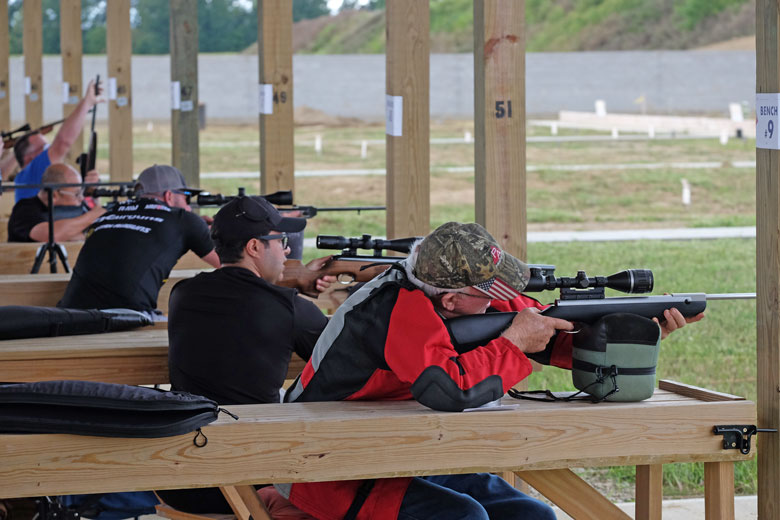 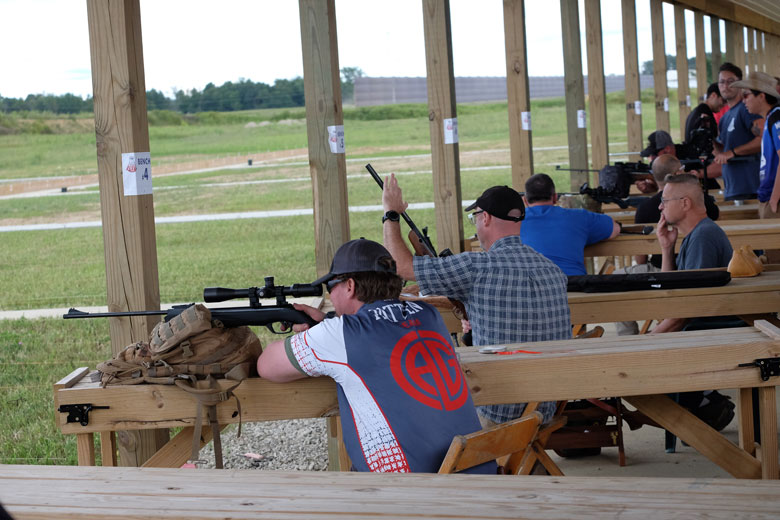 The silhouette targets are set-out at multiple distances downrange. The first competitor to knock down all his or her targets wins. (Those are the 100 Yard benchrest target frames in the background). 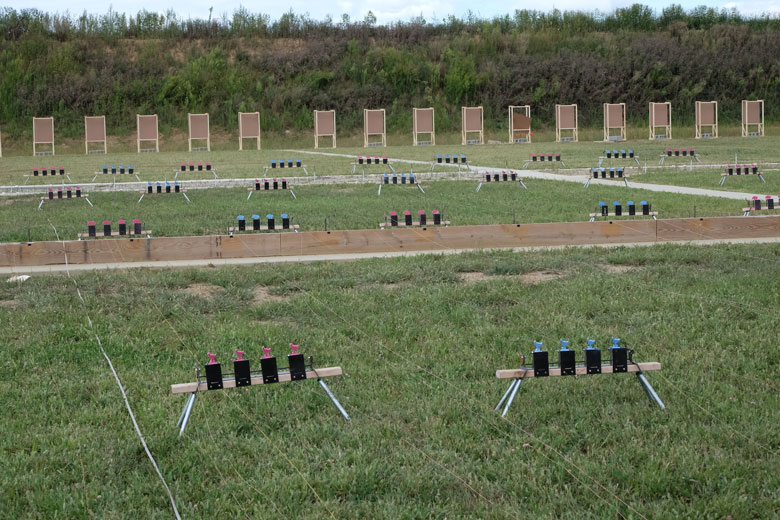 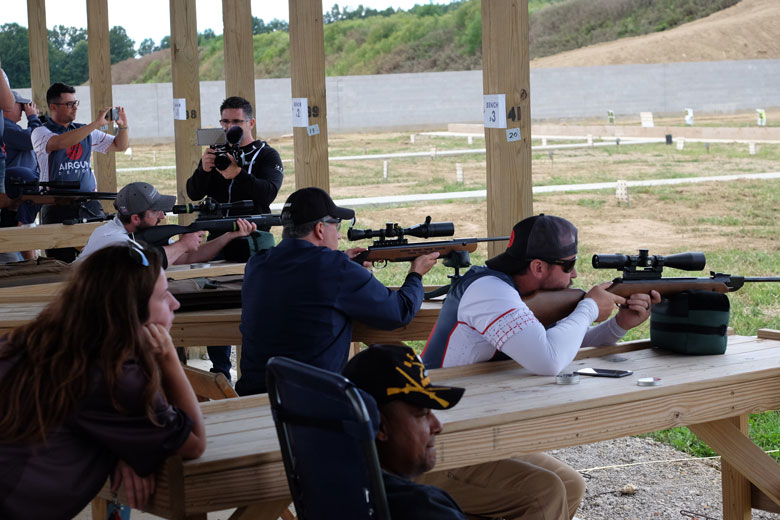 The PCP division saw some epic magazine loading speeds, but at least there were no barrels to break… 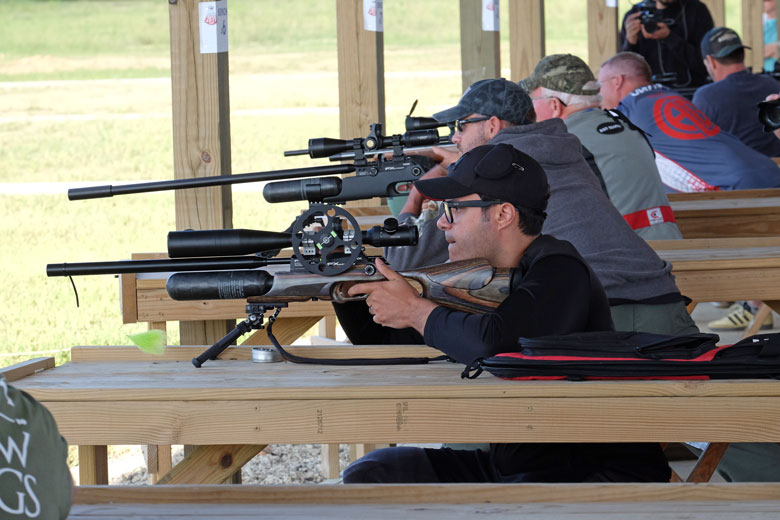 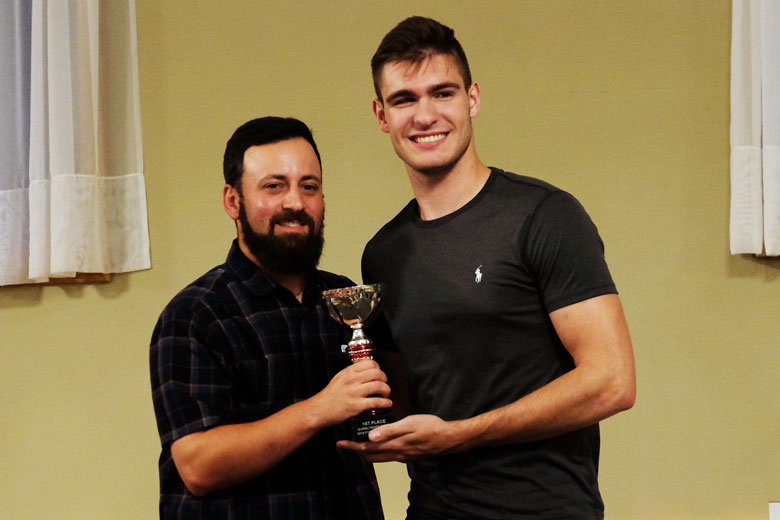 First was Nic Gregoris, seen above receiving his prize from Tyler Patner. 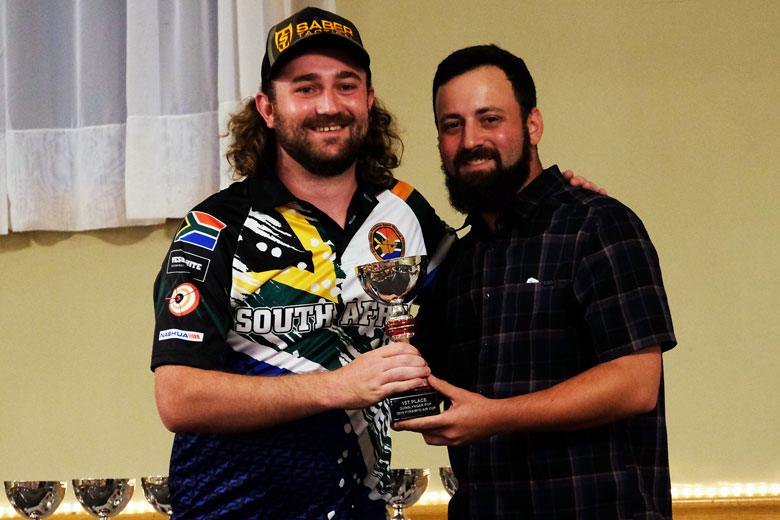 Matt Dubber from South Africa was the winner in this division. We see him receiving his prize from Tyler patner, above.

Congratulations to all the participants and winners for an exciting 2019 PA Cup Gunslynger event that ran-on well into the evening. Some of us began to wonder if floodlights would be needed for the final shootouts of the PCP competition!