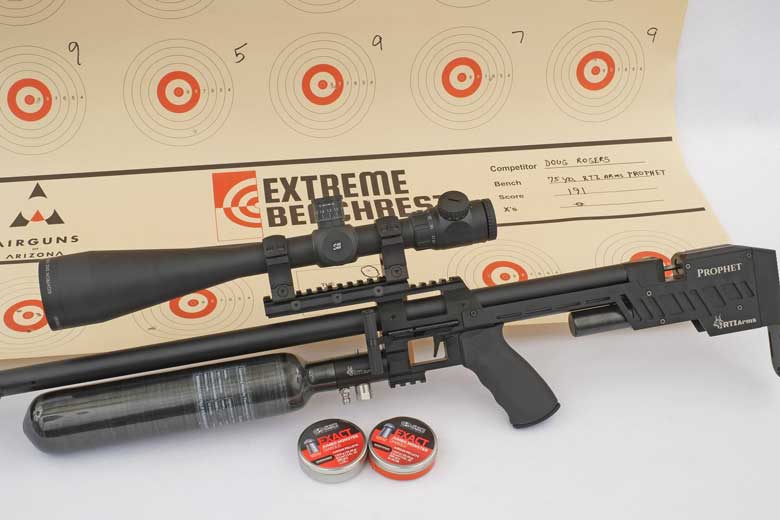 While it was disappointing for EBR to be cancelled due to the Coronavirus pandemic, Airguns of Arizona has pushed ahead with the 2020 Extreme Benchrest 9.5 Lockdown Edition.

AoA are to be congratulated on thinking “outside of the box” in their efforts as it’s brought the Extreme Benchrest experience out to a much wider community.

How? Here’s one example. 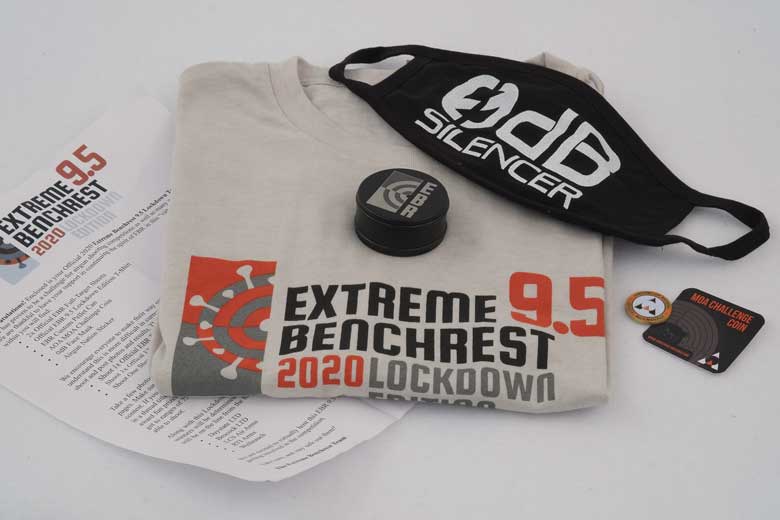 Above. Every competitor received instructions, targets, an EBR T-shirt, face mask, pellet tin and MOA challenge marker coin as part of their entry. They also have a chance to win big prizes in the draw, too!

Friends Paul Manktelow, Greg Shirhall and Doug Rogers all registered for the 2020 virtual EBR. This week they got together to enjoy their own personal Extreme Benchrest 9.5 Upstate New York Edition!

Doug, Greg and Paul are all names well-known to Hard Air Magazine readers. They are among the 400+ shooters who signed-up for EBR 9.5. Living fairly close together – they decided to shoot the competition as their own “EBR 9.5 Upstate New York Lockdown Edition”.

It looks as if these three must also have signed-up for the “EBR 9.5 Arizona weather upgrade package” too, as we can see from Greg (left) and Paul shooting, below. 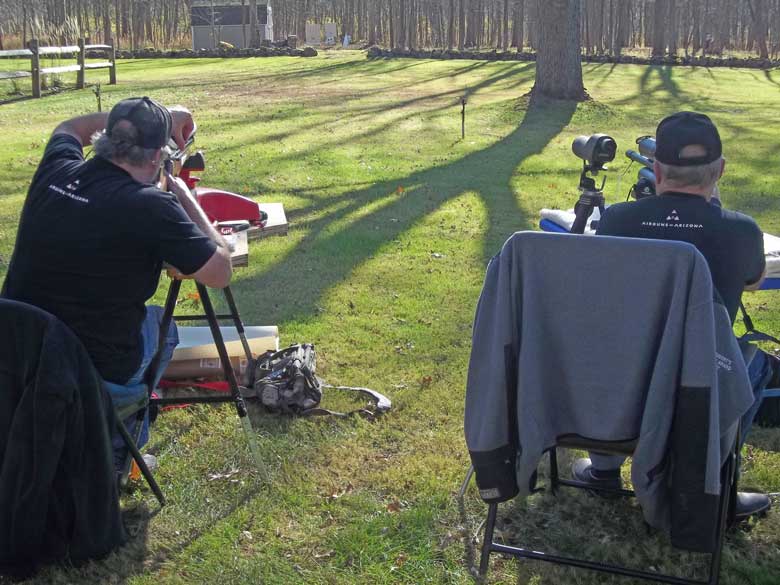 You see, less than 10 days ago, we had snow on the ground here. Yet, for their personal EBR, Greg, Doug and Paul were blessed with bright, Sunny weather and 70 degree temperatures. In true Extreme Benchrest fashion, they also received some changeable and unpredictable wind that made the shooting even more – er – interesting!

The three competitors are all experienced Field Target shooters. However long range benchrest shooting is a new challenge for them. It’s different!

So, AoA’s 2020 Extreme Benchrest 9.5 Lockdown Edition gave them the reason to try out shooting at ranges far beyond the 55 Yards limit they’re used-to in FT competition.

They also all had a great time doing so! 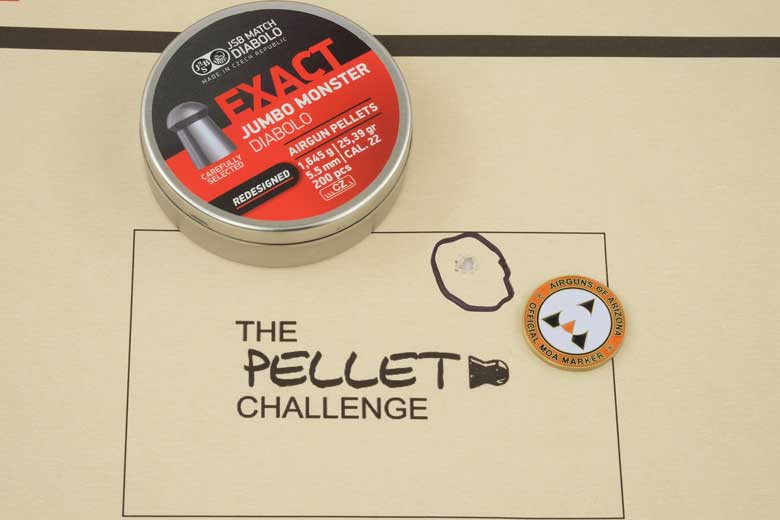 Above. And they didn’t forget the Pellet Challenge!

Then there was the issue of equipment.

As Field Target shooters, all regularly shoot high quality .177 caliber air rifles. They were well aware that using the small caliber would make it very difficult to compete successfully in EBR.

Manfully, Paul literally stuck to his guns and shot the competition using his .177 caliber FX Crown. Greg used his wife’s vintage Falcon FN19 in .22 caliber, together with some old vintage JSB Jumbo pellets.

At the last minute, Doug decided to use the .22 caliber RTI Prophet and Sightron SIII scope combination that he’s currently testing for a full HAM review. 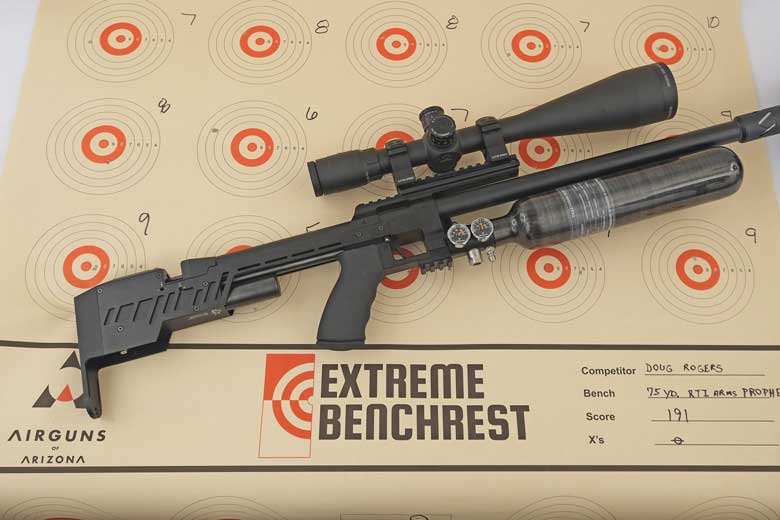 What did they learn?

Shooting the 2020 Extreme Benchrest 9.5 Lockdown Edition together gave our three intrepid competitors the opportunity to try a completely new competitive discipline. It pushed the bounds of their equipment and experience – just as EBR in Arizona does, every year.

Generally, Doug Rogers says, they found 75-Yard shooting to be challenging but not way outside their Field Target experience. But the 100 Yard cards were another matter altogether!

Compared to Field Target shooting, Doug found that everything is more critical out at 100 Yard benchrest. By that, he included hold, pellet quality and wind.

In Doug’s opinion, the wind effect was 2 X that he normally sees in Field Target competition. He was shooting without the benefit of wind flags, but could instantly see how useful they could be.

Also, the bench – although good – was not 100% solid. Doug reduced the magnification to 30X because of this. The Sightron scope gave a sharp, clear image, even at 50X, he reported. However tremors in the bench meant that the highest magnification was actually TOO powerful as it magnified the shake so much.

It was also very tough to see hits in the red using a gun-mounted scope, Doug reported. It was easy to see how a high quality spotting scope with larger objective and higher magnification would help here.

Doug decided to hand load the Prophet for his Extreme Benchrest 9.5 shooting. Although there’s no single shot tray for the RTI Prophet, it was easy to hand-load, he says.

Below. Doug was happy to register quite a few hits inside the 9 ring. 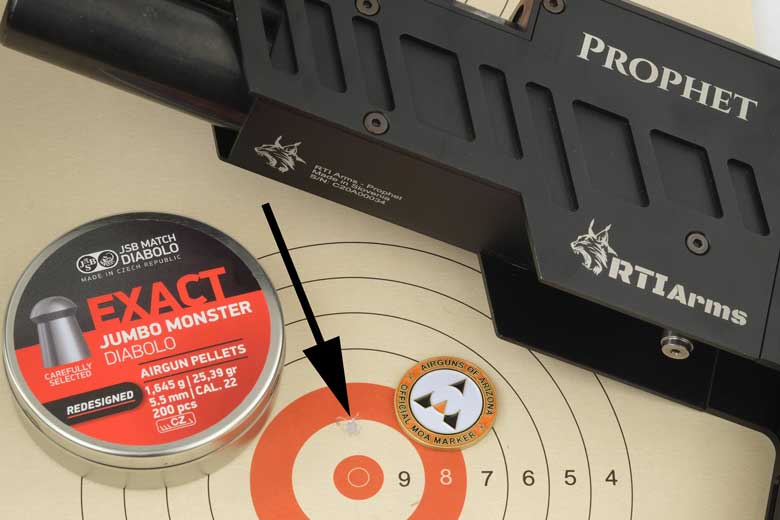 And then there’s pellet quality. Unfortunately the tin of JSB Jumbo Monsters he used showed some signs of damage. It had obviously been dropped at some time – they don’t come from the factory like that!

The result was that even the slightest deformation of the pellet’s skirt led to an off-target hit down range. Doug regularly uses JSB pellets for Field Target and is happy to use them straight from the tin.

But he soon realized the benefits of pellet selection when shooting out at 75 and 100 Yards. Even the slightest pellet-to-pellet variation was critical, he said.

Finally, there was the sheer concentration required for benchrest shooting!

In FT shooting, 4 shots are fired at two targets in each lane. There’s then a break before shooting the next lane. Sitting down to shoot a complete 25-bull EBR target all at one sitting in around 30 minutes requires another level of extended concentration, Doug confirmed. 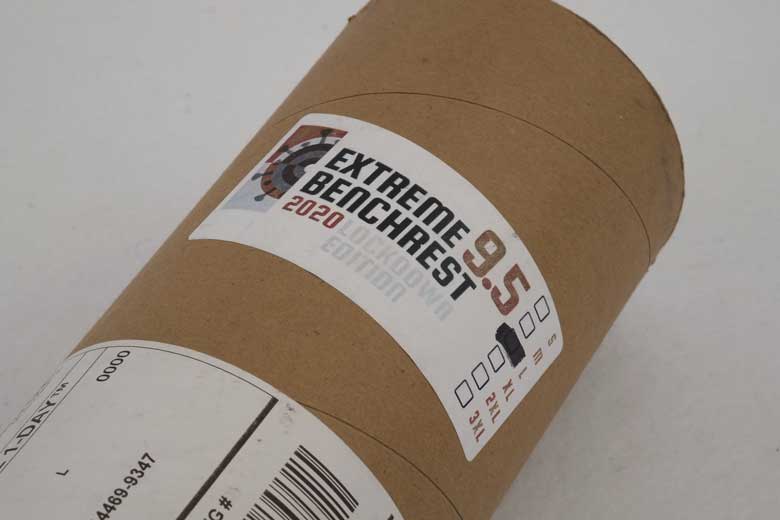 Above. AoA sent the EBR package in a sturdy card tube that can be re-used to return the completed targets.

A great time was had by all.

Doug reports that all three shooters in the Extreme Benchrest 9.5 Upstate New York Edition had a great time! Will they place among the winners? Maybe, maybe not.

But they thoroughly enjoyed the experience and learned a ton of new stuff as they did so.

Thanks AoA for the 2020 Extreme Benchrest 9.5 Lockdown Edition! 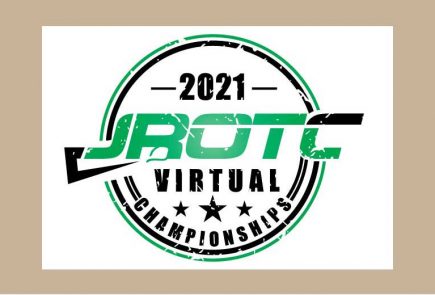 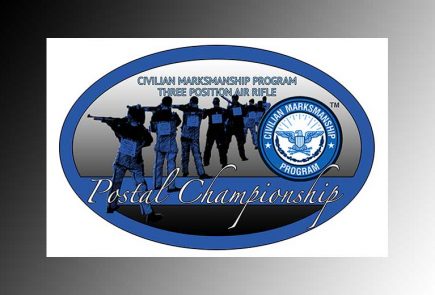 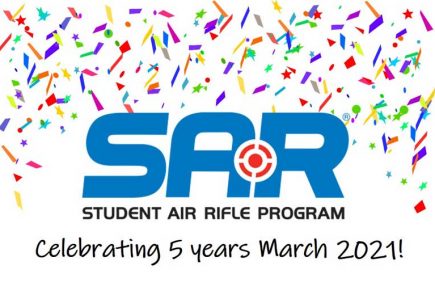