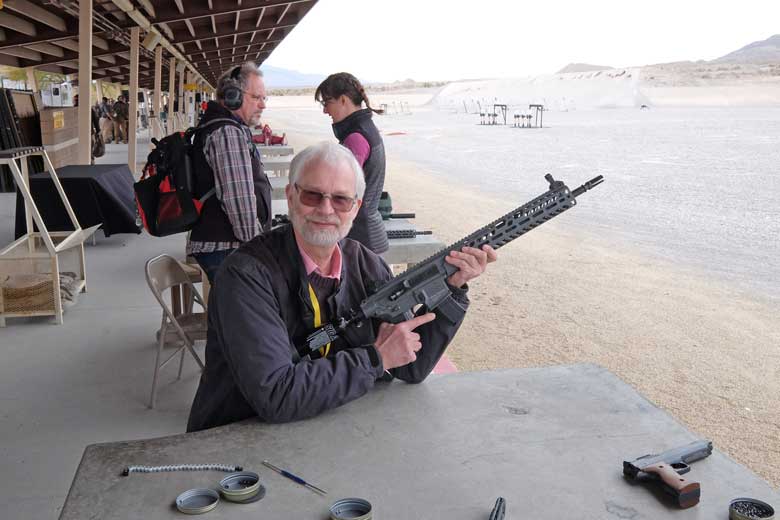 The SIG Virtus PCP air rifle was first shown at last year’s SHOT Show. Now it’s shipping and I was able to shoot the final production version at the 2020 SHOT Show.

The SIG Virtus is an out-and-out plinker and I had a ton of fun clanging swinging targets with it! 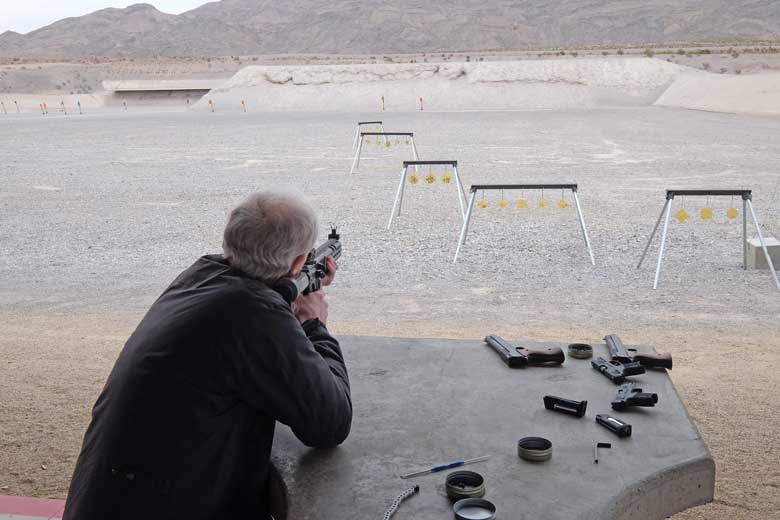 The trigger is a little heavy, however the iron sights are good and I found the SIG Virtus easy to shoot rapidly. This is a 12 Ft/Lb level air rifle version of the SIG MCX Virtus firearm that uses a regulated HPA tank rather than the 88 Gram CO2 cartridges of the regular MCX and MPX SIG airguns.

The SIG Virtus is available in .22 caliber, pellet-firing configuration only. 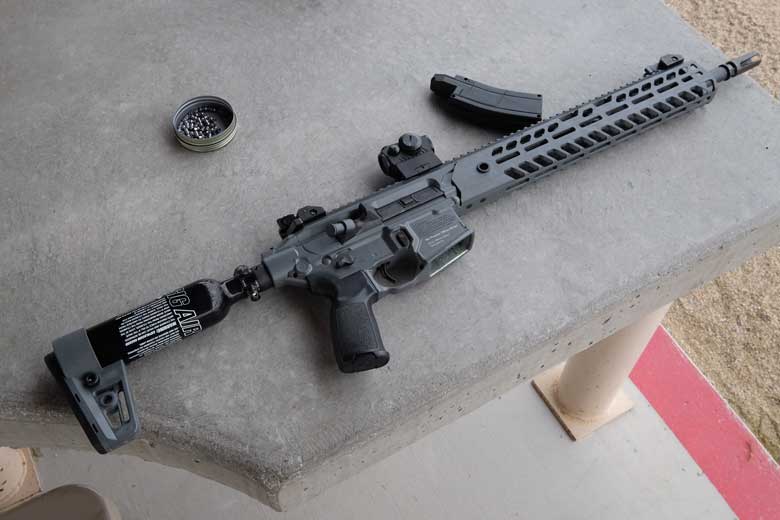 Of course, one of the big issues faced by the owner of any fast-firing airgun is that of loading the ammo. The Virtus uses SIG’s patented belt-loading system that’s easy to use. But it still helps the fun if you have a loader who’s filling the mags with pellets and the HPA tank with air – a luxury I appreciated  when shooting the SIG Virtus at the company’s range day ahead of the SHOT Show.

This loading issue is even more pronounced with a BB-firing airgun, particularly if that’s a full auto model. Having a “fun switch” for full auto firing certainly chews-up BBs, especially if the gun’s firing at 1400 rounds per minute as with the DPMS SBR and Bushmaster MPW. 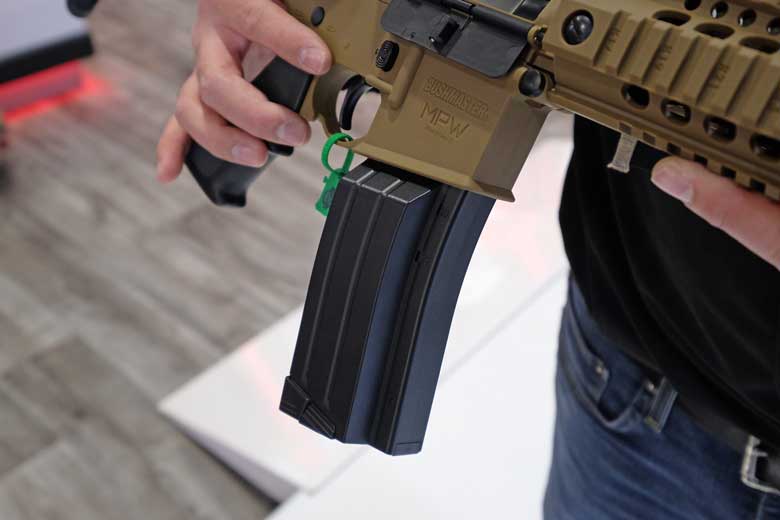 Velocity Outdoor has been working on this issue, as I found at their booth…

What I was shown is a new, high capacity, fast loading magazine that can be retro-fitted to the Crosman R1, DPMS and MPW models. Owners of these immensely-popular models will be delighted! 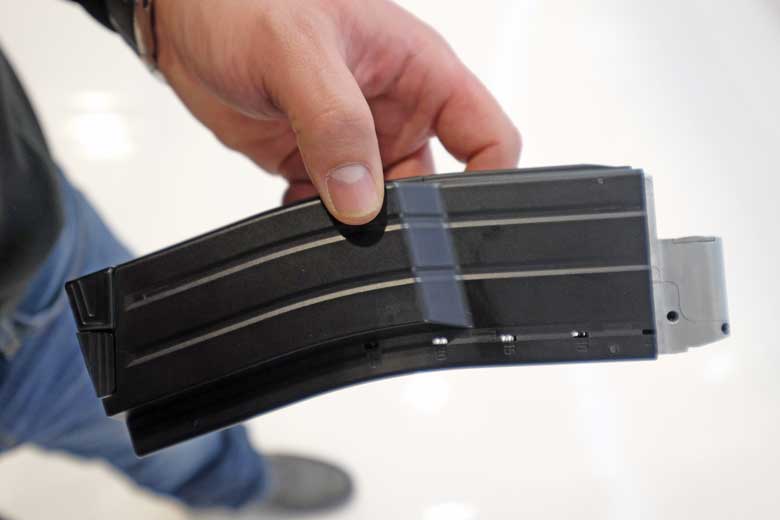 This new magazine still holds 2 x 12 Gram CO2 cartridges. However, it contains a (relatively) conventional BB feeding stack, combined with a separate chamber that can hold around 300 BBs.

BBs are poured into the chamber through a trap door located in the base of the magazine. They can then be loaded into the BB stack by simply twisting the gun in the had. 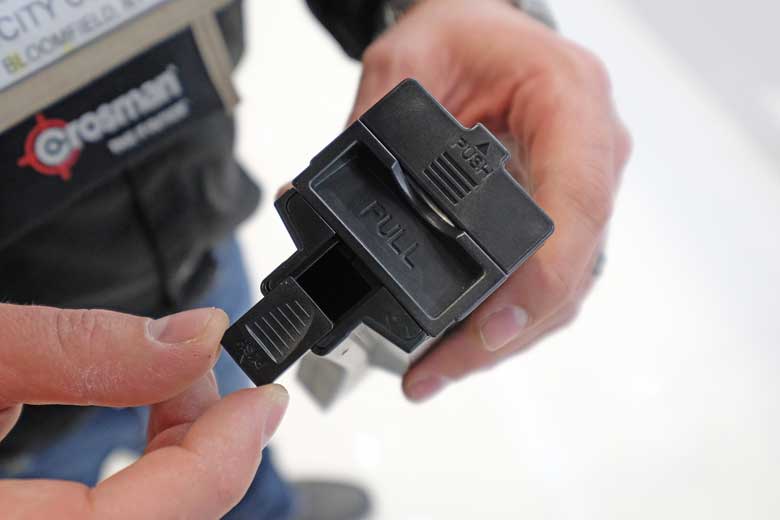 Below we see the BB feeder pulled out of the magazine. You’ll also note that there are holes in the side of the magazine for easy confirmation of how many BBs are ready to fire. 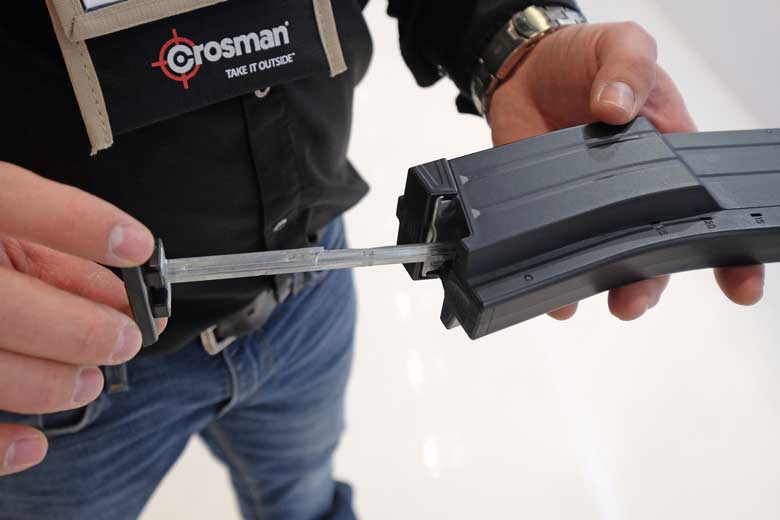 This is a great new idea that should revolutionize life for users of these fast-firing Velocity Outdoor fun guns. No details on price or availability yet, but the mag I saw was clearly at an advanced stage of pre-production.