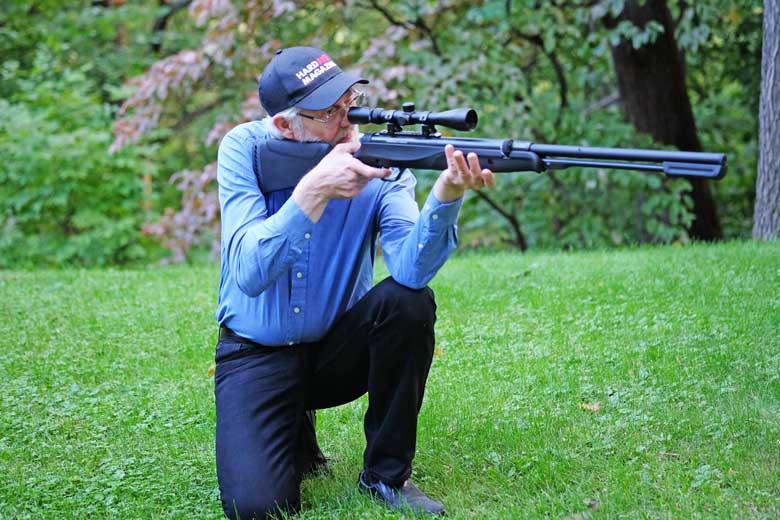 The multi-shot, underlever-cocking Synergis was launched in .177 caliber only. Now there’s to be a .22 cal Umarex Synergis and it will be launched at the 2020 SHOT Show.

Umarex USA says that the . 22 cal Synergis has a 10-round magazine and that 11 Grain wadcutter pellets fire at around 900 FPS. That’s a Muzzle Velocity of around 20 Ft/Lbs – a good figure from a gas ram-powered air rifle. It’s an useful improvement on the 16Ft/Lbs plus that the .177 caliber model for hunters.

Otherwise, the .22 cal Umarex Synergis is to be very similar to its smaller caliber sibling. 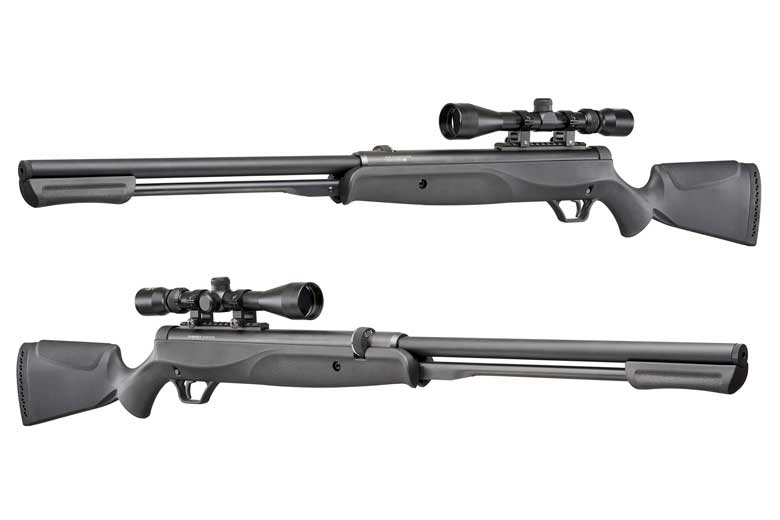 In Hard Air Magazine’s test of the .177 cal version, we concluded that “The Umarex Synergis is an interesting and unusual air rifle. It’s great fun to shoot, has loads of great features and the price is very competitive for a multi-shot repeating gas ram air rifle. We like it!”

In fact, we liked it enough that the gun earned a HAM Silver Award on test. And it came close to a Gold…

Furthermore the Synrgis tested by HAM was very consistent, powerful and accurate. We still think a Synergis – in either caliber – is great value. But it definitely needs a big, strong shooter and will benefit hugely from a scope upgrade.

A scope like the UTG 4-16x40AO will be a very worthwhile investment and enable the Synergis owner to achieve the accuracy the gun is capable of achieving. 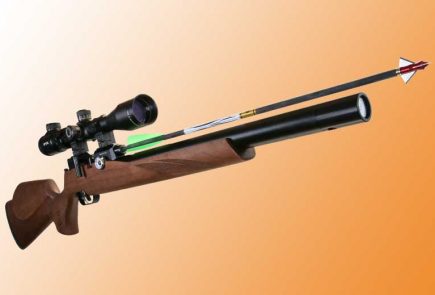 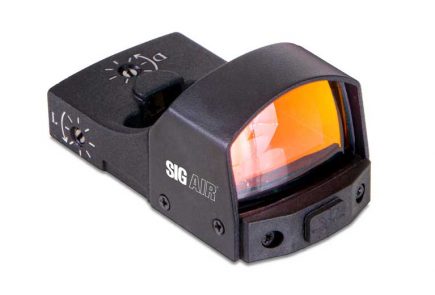 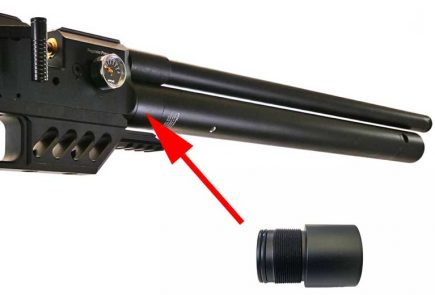