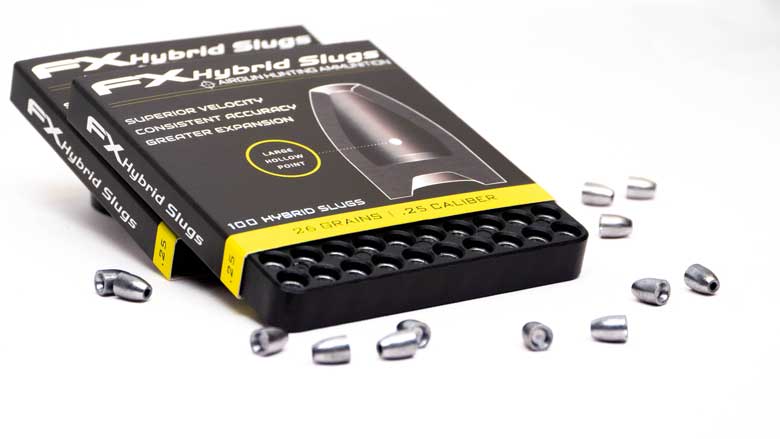 FX Airguns has announced that 25 Caliber FX Hybrid Slugs are now available at all FX dealers in the USA.

.22 Caliber FX Hybrid Slugs were released at the end of 2019. These have been a resounding success for both FX Airgun owners as well as those shooting the Hybrid from other high power PCP air rifles. 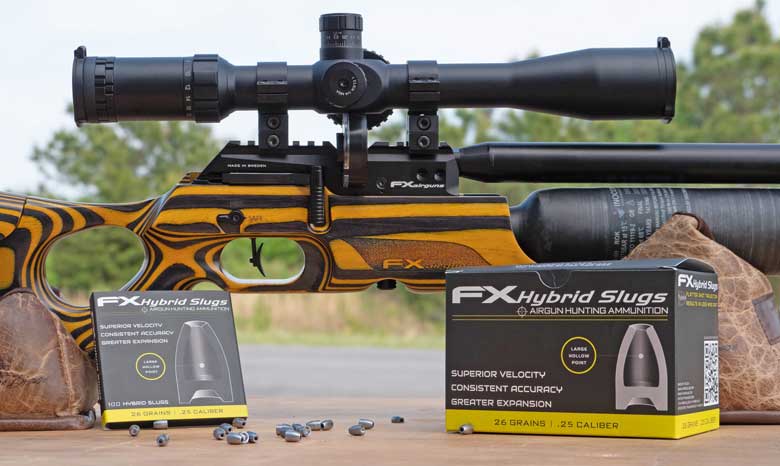 The effect of this design’s light weight only shines brighter with larger calibers, says the company! The .25 Caliber Hybrid Slug is an even more hunting friendly caliber that expands the size of game it’s possible to take with Hybrid Slugs.

In-house testing at FX has determined that .25 Caliber FX Hybrid Slugs produce the best accuracy when shot between 930 – 970 FPS. With the initial offering of the .25 Hybrid Slug weighing 26 Grains, this provides about 45 Ft/Lbs of Muzzle Energy that will shoot very flat.

As we saw in HAM testing of the .22 caliber Hybrid Slugs, this is combined with provide massive expansion due to the design of the projectile. 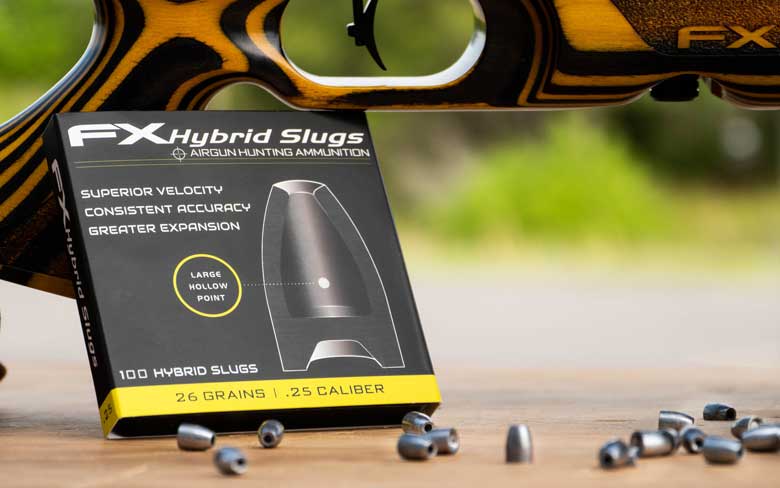 FX is providing some outstanding test results for these 26 Grain .25 Hybrid slugs.When shot through the new FX Superior STX Liner in a closed indoor 100 yard test range, ¾-Inch to 1-Inch groups were easily obtained. In real world conditions with higher winds, the .25 Hybrid really shines – continues the company – and the sub-MOA 100 Yard accuracy is attainable in the field.

FX testing has found that the .25 Hybrid is affected by wind less than even heavier grained .25 standard slugs. FX has listed the G1 Ballistic Coefficient at a conservative 0.090, keeping in mind the altitude and velocity effects on this number. (G1 is the closest ballistics model to compare Hybrid Slug performance).

Already many early reviewers have registered BCs higher than the listed 0.090, says FX. The company is sure that users will be astounded with their results. The gyroscopic flywheel rim effect of the Hybrid design really shines and firmly places the .25 Hybrid as the premium hunting airgun projectile in its caliber, the company tells HAM. 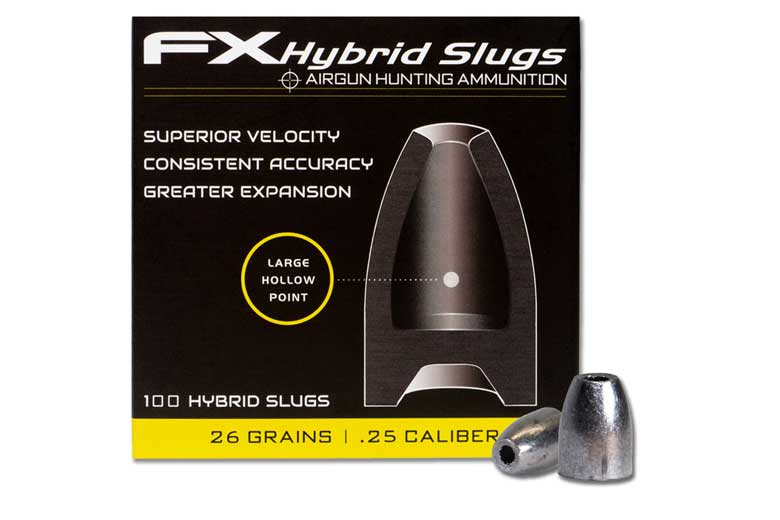 At just 26 Grains, FX Airguns expects that the vast amount of .25 Caliber rifles will shoot the Hybrid well.

Note that these .25 Hybrid Slugs have been tailored to perform best from the new FX Superior STX Barrel Liners. What are they? Look out for a story very soon…

FX users are encouraged to upgrade their existing FX Rifles STX barres to this new liner to achieve the best accuracy. Older STX Pellet A and STX Slug A liners have not yielded as good of results as the Superior STX Liner.

25 Cal FX Hybrid Slugs are available immediately at all USA based FX Dealers. In the USA, the price will be the same as for the .22 Hybrid Slugs. They are en route to other FX Dealers around the world. Contact your local FX Dealer for pricing and availability.