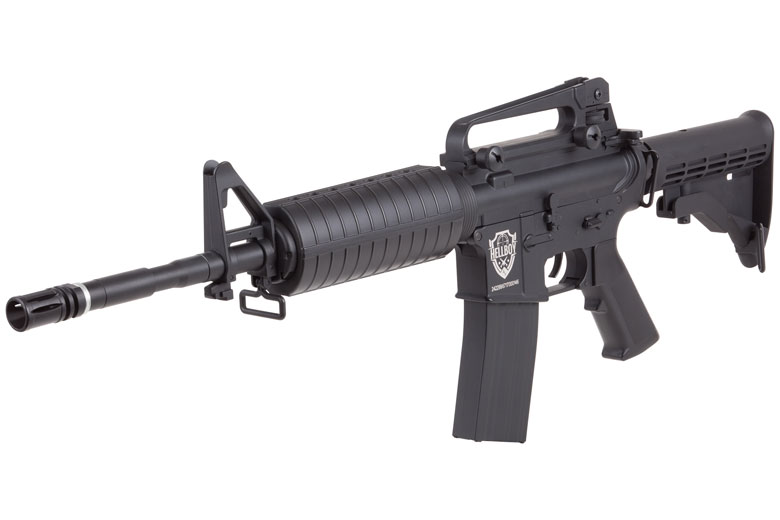 We first saw this airgun at the 2018 SHOT Show. It joins the growing group of BB-firing long arms that are based on military centerfire prototypes.

The Hellboy CO2 BB Tactical Air Rifle has an 18-shot BB magazine capacity, combined with one 12 Gram CO2 cartridge. Unlike some other comparable BB guns, the magazine contains not only the BBs, CO2 and valve, but also the sear. In effect, the magazine almost is the gun! 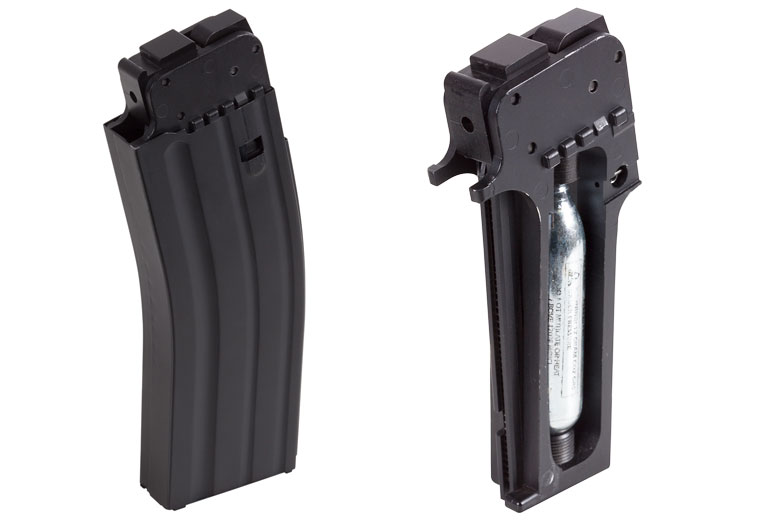 This approach has some major benefits, including a claimed very high shot count of 80 or more shots per CO2 cartridge. It also means that in case the Hellboy malfunctions, replacing a magazine is probably the cheapest and quickest way of bringing it back to life.

However, it is combined with a non-blowback action. It’s very tough to have both blowback combined with high shot count in BB guns!

The Hellboy is semi-automatic only. There’s no “rock and roll” full auto capability with this BB gun, even though there’s a three-position selector lever that shows full auto as one option.

Of course, like any BB-firing CO2-powered firearms replica, the Hellboy is not intended to be a precision shooting machine. It’s a fun gun for short range plinking.

Hard Air Magazine hopes to be able to review the Hellboy in the near future. We’ll keep you posted! 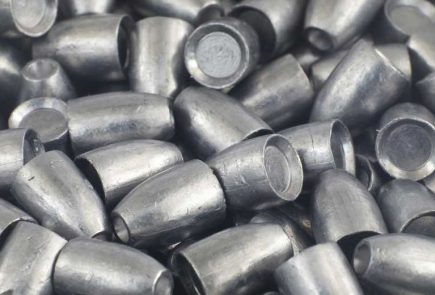