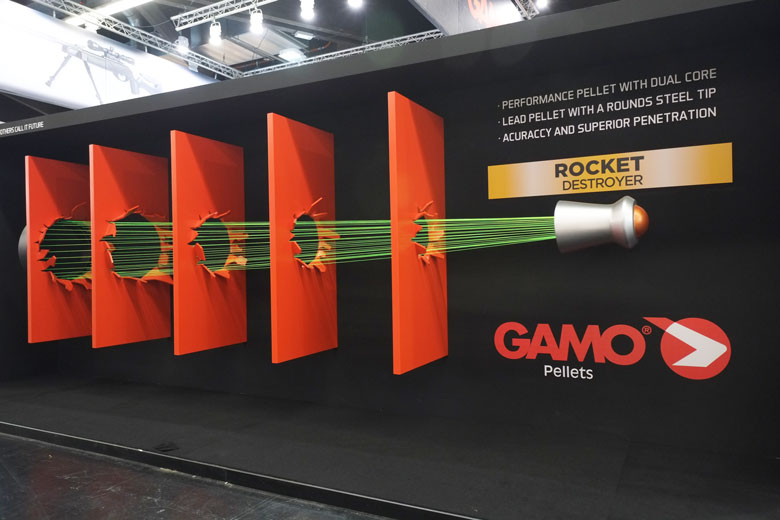 With this report on airguns at IWA 2018, we cover developments at Hatsan and Gamo…

Gamo certainly started a trend with the multi-shot Swarm Maxxim break barrel air rifle last year! As was saw at the SHOT Show, Crosman has announced a similar configuration model and now it’s the turn of Hatsan!

Of course, the Turkish company is another one to have a huge booth featuring a ton of airguns at IWA 2018. 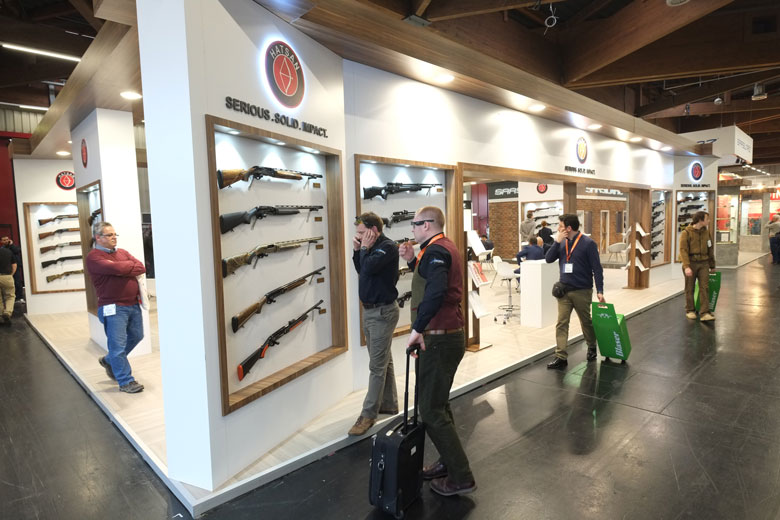 Although shotguns take a small part of the Hatsan booth, the majority of the space is given over to airguns, both PCPs and springers. 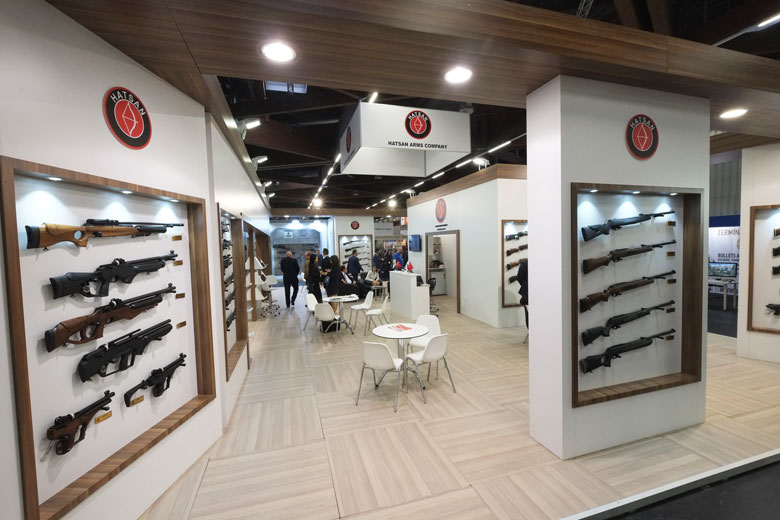 Below we see one of the many displays of high-specification PCP air rifles at Hatsan. From top to bottom, we have the Airmax, Gladius, BullBoss models in this photograph. 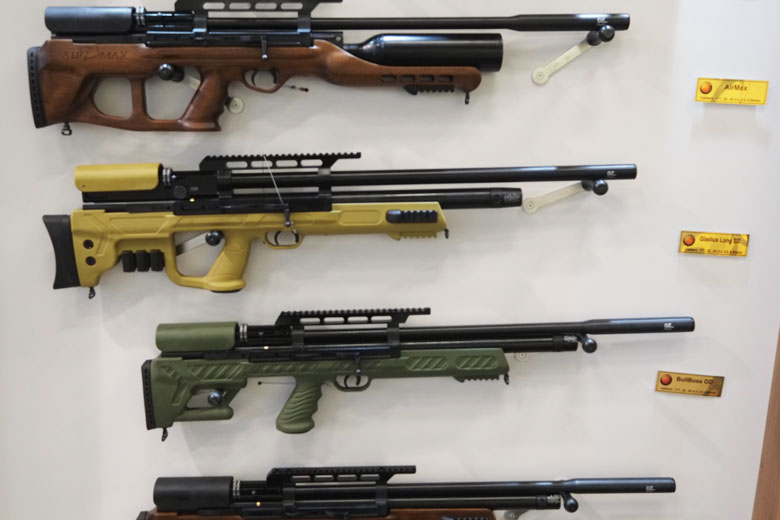 Hatsan USA CEO Blaine Manifold took me through the current range of Hatsan airguns at IWA 2018. Although most of them had been featured at the 2018 SHOT Show a few weeks ago, one was completely new. The Hatsan SpeedFire. As we can see below, the Hatsan SpeedFire is a multi-shot, magazine-fed break barrel air rifles with gas ram power and the mandatory 1,000 FPS performance claim. 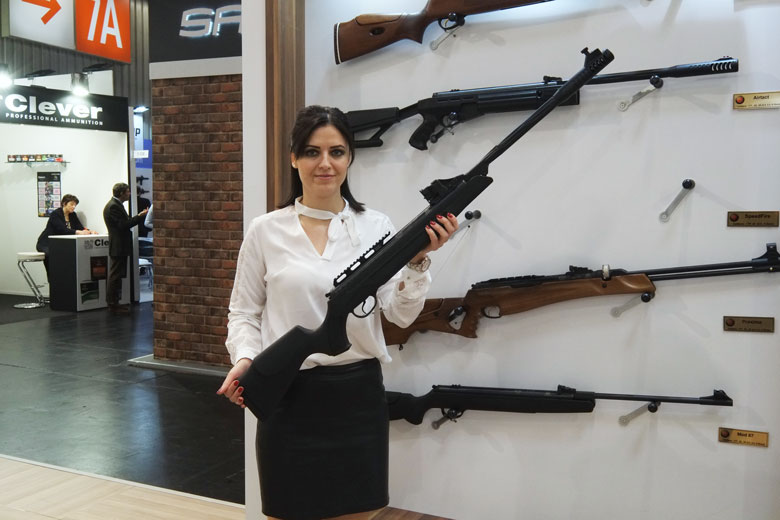 The Hatsan SpeedFire repeater uses a 12-shot magazine in .177 caliber and 10-shot in .22 cal. The magazine assembly sits very high above the barrel and the gun will ship with two magazines, Blaine tells me. 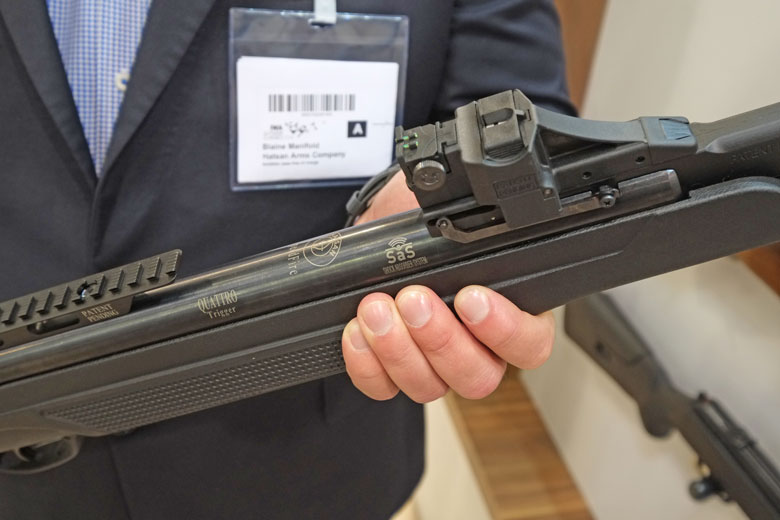 One interesting innovation compared to the Gamo and Benjamin/Crosman multi-shot break barrels, is that the Hatsan SpeedFire manages to combine open sights with the repeating mechanism. The others can only be shot with scopes.

As we can see from the photograph below, the SpeedFire has a front sight that folds down between a pair of protective wings when not in use. This is a practical feature for what is, inevitably, a very high front sight. 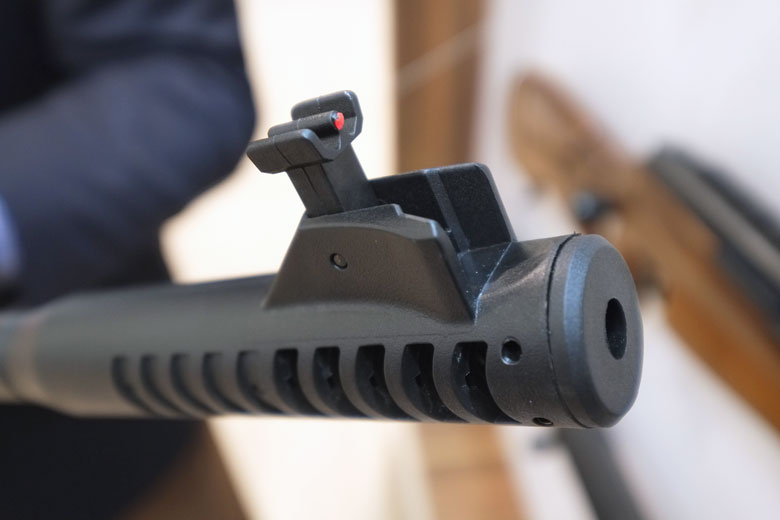 The Hatsan SpeedFire also incorporates a new Picatinny/Weaver scope rail that incorporates a shock-absorbing feature (below). Blaine also tells me that we can expect to see the SpeedFire in stores from about late Summer 2018. 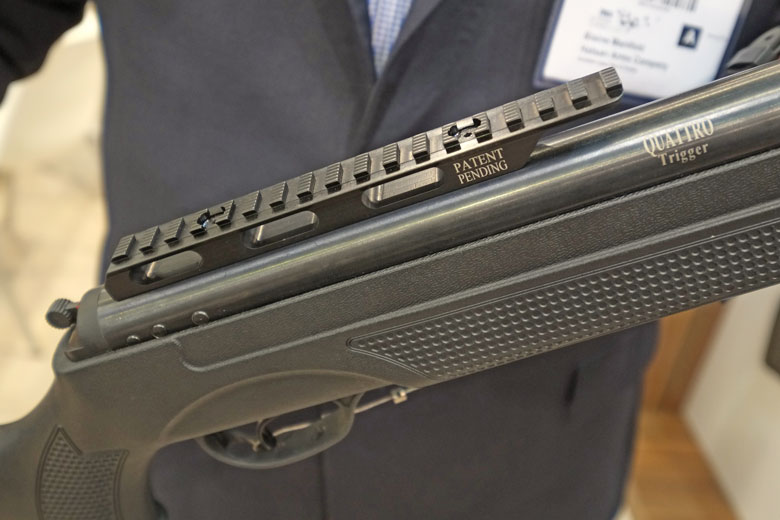 Of course, Gamo is not sitting still with the Swarm Maxxim! They are launching additional versions of their multi-shot break barrel repaeters, as we can see below. 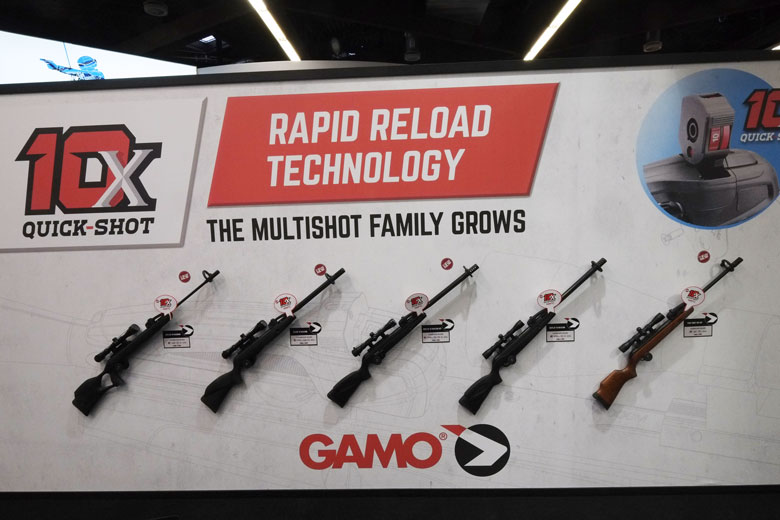 Gamo is another company with a HUGE booth showing airguns at IWA 2018. And – it must be said – that they have some of the most creative and dynamic exhibits at the show.

In our heading photograph, above, we see how the company is promoting its pellet business, with a dynamic display for Rocket Destroyer pellets that’s tough to ignore! 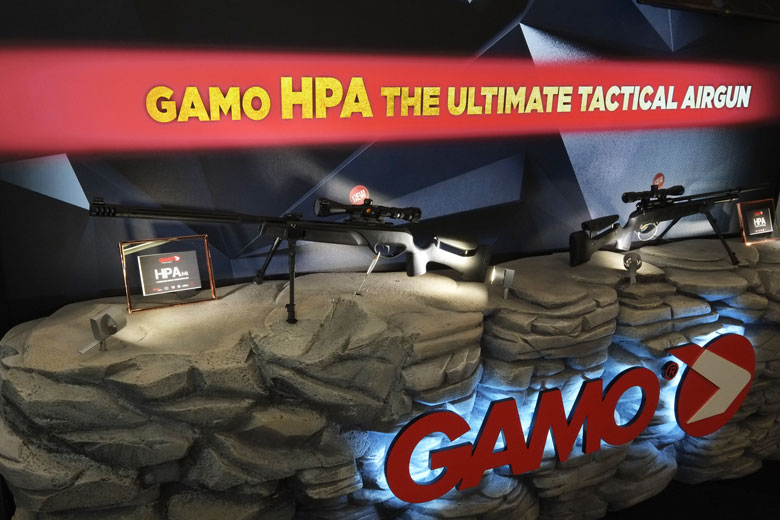 Somewhat surprisingly, one of these “HPA” guns is a break barrel, gas ram rifle. But the other is more of what we might expect, being a “HPA Tactical” version of the Gamo/BSA PCP platform. 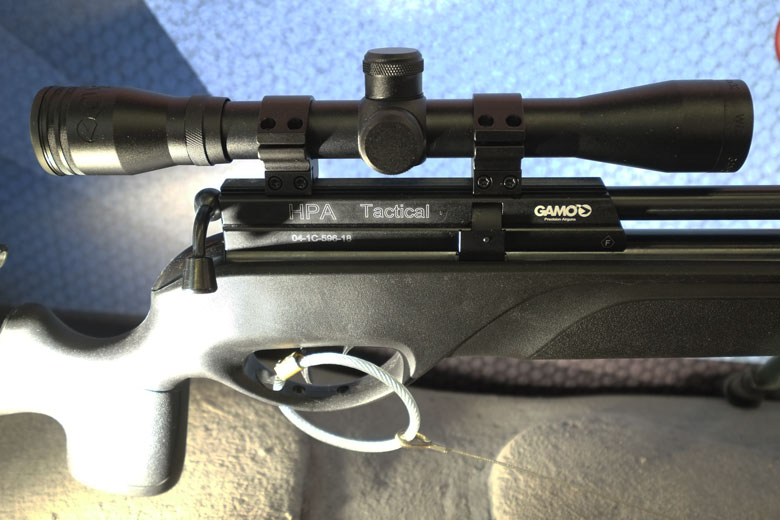 And then, if you want break barrel air rifles, this is still the place to come! Gamo has them lined-up in just about every configuration and color you can imagine, as we can see below. 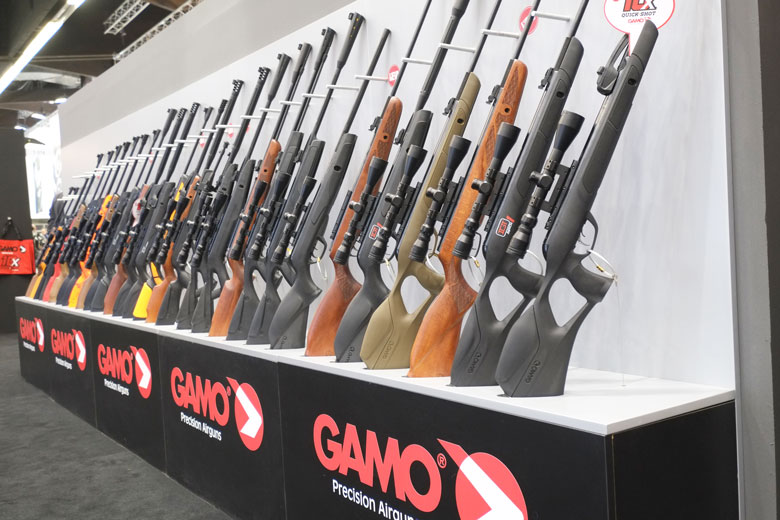 There’s lots more airguns at IWA 2018 to come in the next few days. HAM reports will include a feature on probably the largest airgun manufacturer you’ve never heard of and the appearance of a wave of new pellet manufacturers. Or – at least – pellet manufacturers that have not exhibited at this show before.