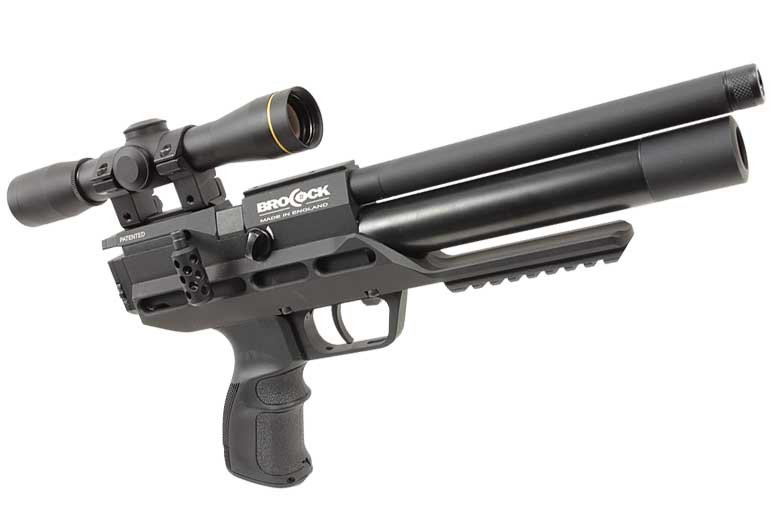 The HAM Team has been very impressed with multiple versions of the Brocock semi-bullpup concept – they have all gained Gold Awards for their performance on test. The Atomic is the latest version of this PCP platform. 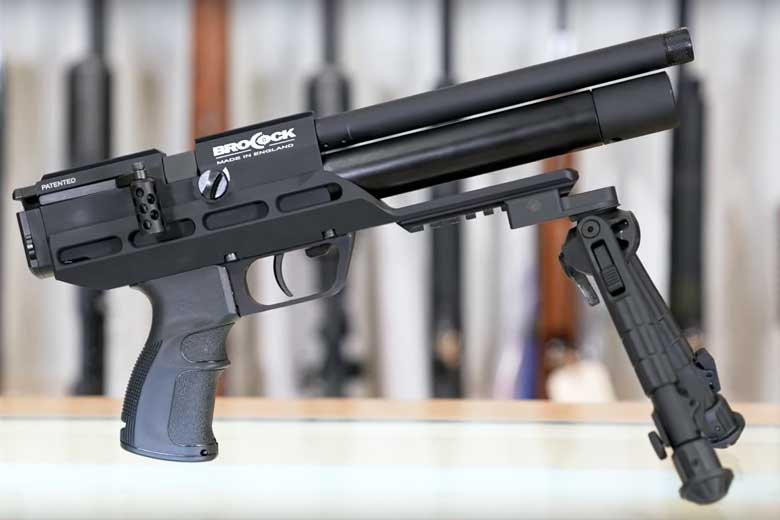 The Brocock Atomic XR Pistol is a new model that’s dedicated for the US market. UK regulations mean that it will not be available in its country of origin and – indeed – that it leaves the British factory as a carbine.

In carbine mode, the Atomic XR is fitted with an AR-fitting buttstock with adjustable pull lengths.

Once “across the Pond”, US importers Airguns of Arizona make the modifications that make the Atomic XR usable as a pistol. As you can see from the photos, the Atomic can then be used in either configuration by US shooters.

The Brocock Atomic XR is available in .177 and .22 calibers.

The result is that Atomic XR has a huge range of power settings. For example, in .22 caliber the range is all the way from 30 shots at 20 Ft/Lbs on High Power, right down to 120 shots at 4 Ft/Lbs on Low Power.

This range of Muzzle Energies allows the Atomic XR to be used for hunting in the field at full power, or as a plinking/target pistol for basement or garage range use at home. In .177 caliber, the Brocock Atomic XR is a certain contender for Field target pistol competition. 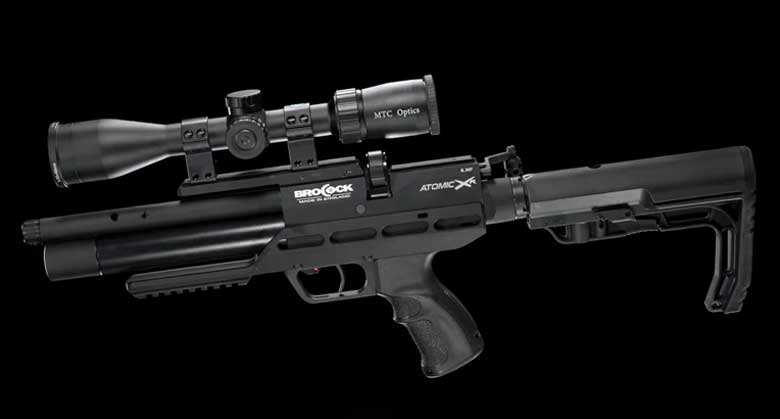 In common with other Brocock PCPs, the Atomic XR is equipped with a Lothar Walther barrel, HUMA regulator and the new XR sidelever action. The one-piece Aluminum chassis incorporates a prominent Picatinny rail for attaching a bipod. 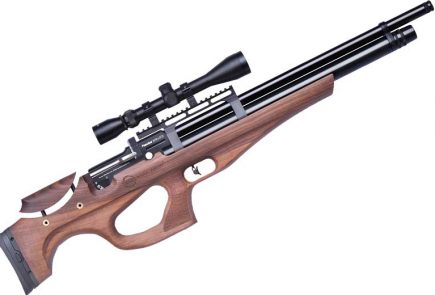 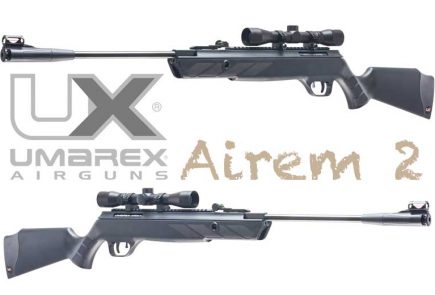 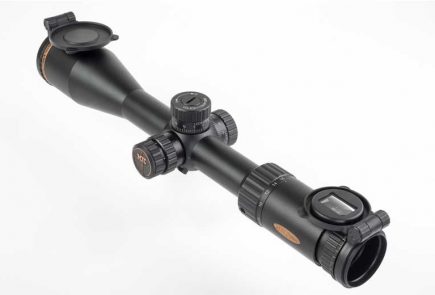