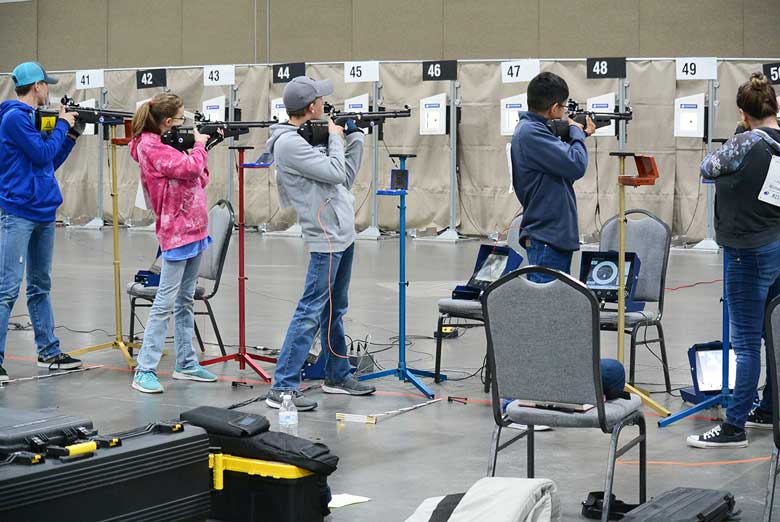 During April, the annual CMP Regional 3P Air Rifle events took place. Over 450 talented junior athletes participated, all aiming for a trip to Ohio for the Three-Position National Championship in June and July.

Three separate matches were held at Civilian Marksmanship Program (CMP) venues around the country. These were the Gary Anderson CMP Competition Center at Camp Perry, Ohio and the CMP’s south air gun range at the South Competition Center in Anniston, Ala. The third venue was in Sandy, Utah through the use of the CMP Mobile Range.

Qualifiers for the upcoming National competition are chosen from the overall scores from the combined regions. 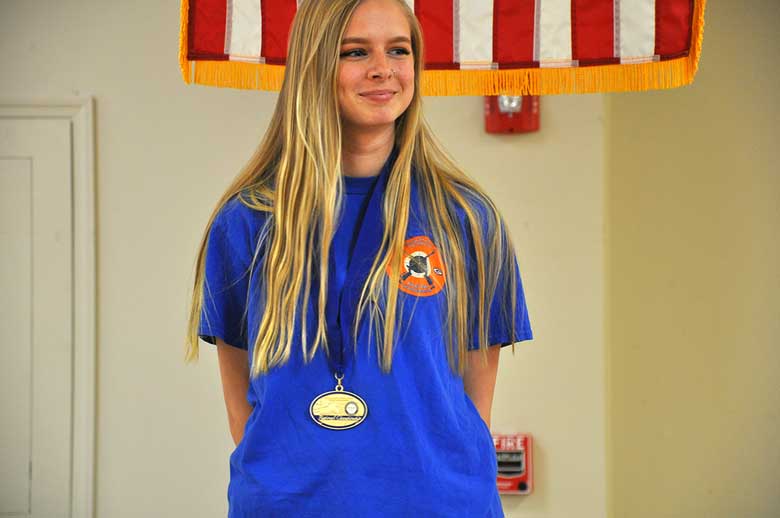 Leading overall in the sporter Regional event was Mackayla Bourgeois, 18, (above) of Gulfport MCJROTC in Mississippi, with a total combined score of 1230.

The Nation Ford team out of South Carolina led the sporter class at the National JROTC Air Rifle event in March, with Kalenza earning second overall (below). 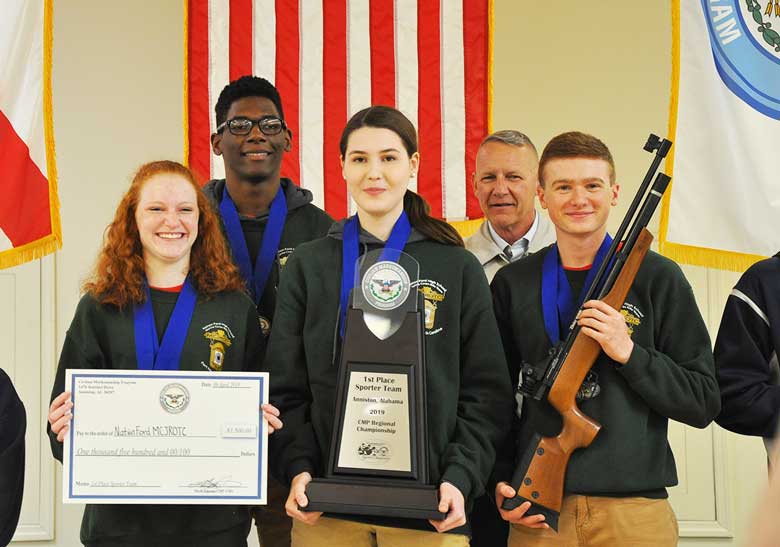 In precision, Gavin Perkowski, 17 (below), of the Great Trail Musketeers in Ohio, fired a score of 1282.5 to lead the Regional event. 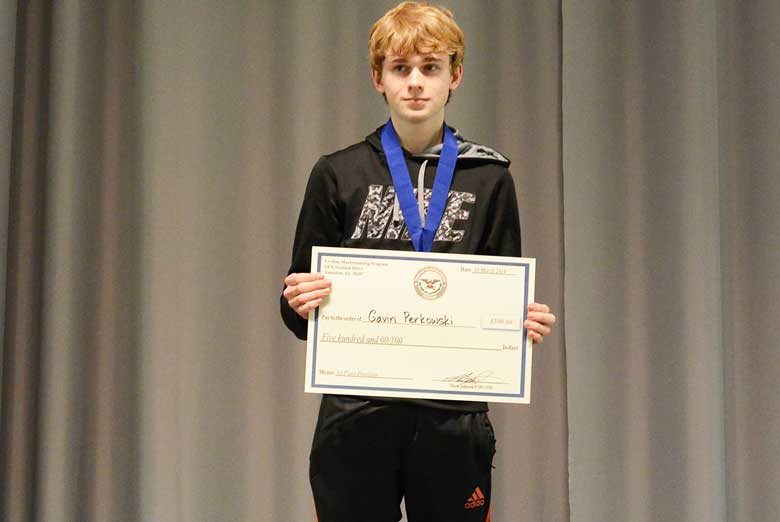 Sarah Frantz, 16, of Ontelaunee Jr. Rifle in Pennsylvania, recorded a score of 1277.2 for second, as Anusha Pakkam, 17, of the Ole Mill Rangers in Georgia, followed closely in third with 1276.9.

The Great Trail Musketeers (below) claimed the top spot in the precision team event, with a score of 4673-289x, as Nation Ford led the sporter class, totaling 4455-173x. 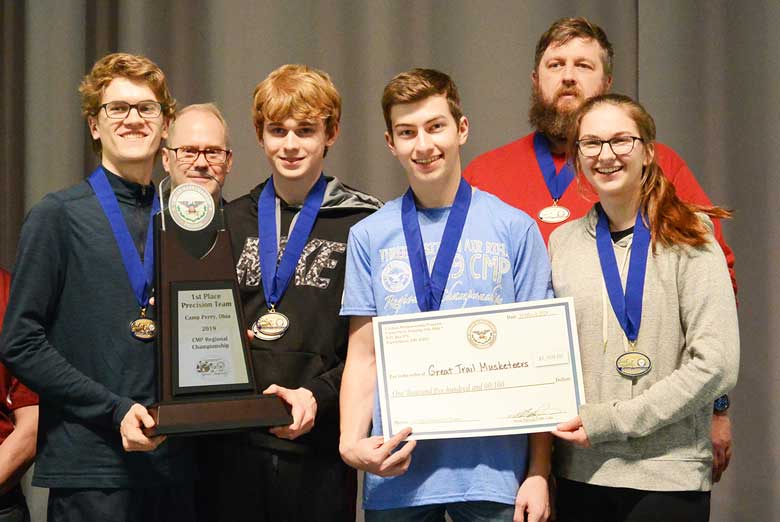 Top performers at each location include:

Leading teams and individuals are invited to the 2019 CMP National Three-Position Air Rifle Championship, held at the Gary Anderson CMP Competition Center in Ohio, June 27-29 for sporter and July 13-15 for precision. The event is free and open to the public.

For a complete list of results of the CMP Regional Championships, visit https://ct.thecmp.org/app/v1/index.php?do=match&task=edit&match=18094&tab=results.
More information about the CMP 3P Air Rifle Championships, including the list of Regional Qualifiers, can be found on the CMP website at http://thecmp.org/air/national-three-position-air-rifle-championships/.