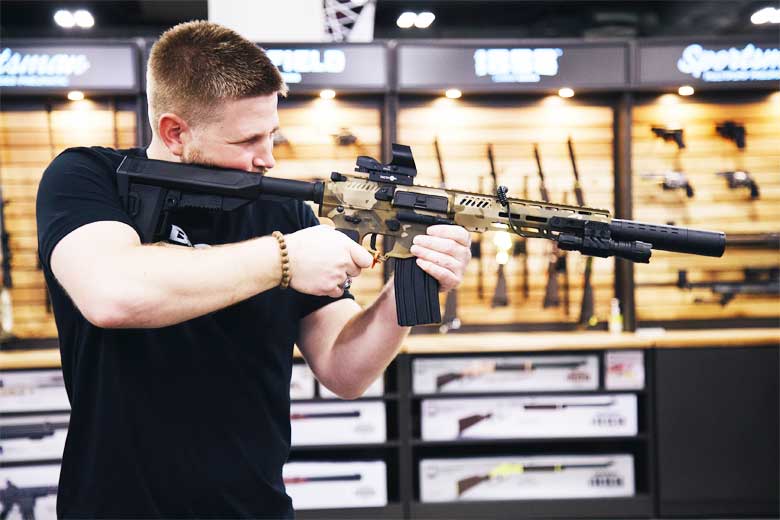 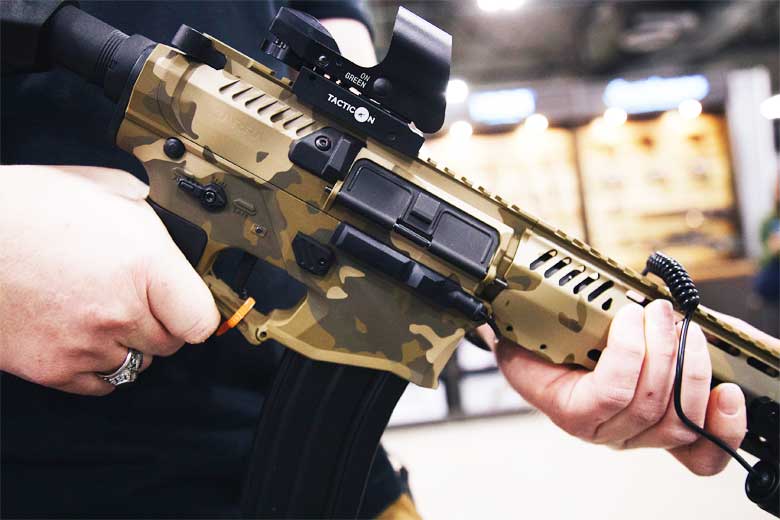 The Barra Airguns 400 Full Auto BB gun is aiming to disrupt the firearms-reproduction BB gun category. Up until now, all such airguns have been CO2-powered, but the Barra 400 is more like an airsoft AEG on steroids. It’s powered by a 11.1 Volt LiPo battery. 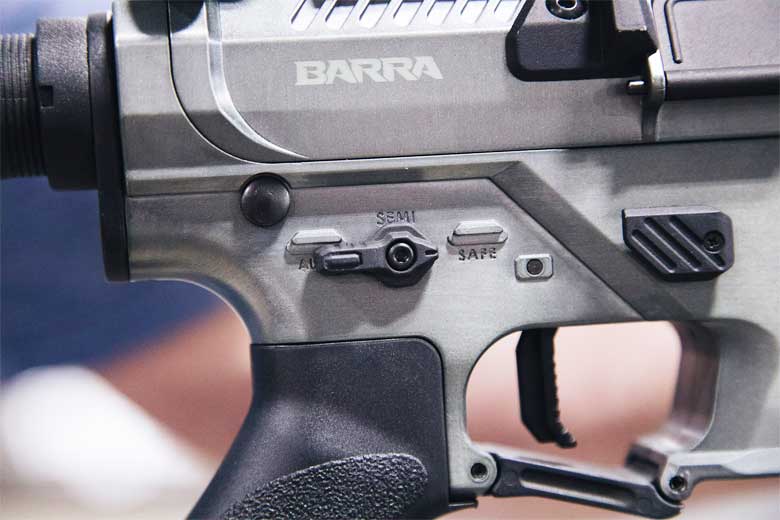 Barra tells HAM that the result is an AR-style BB gun that gives over 1,000 shots per charge and consistently shoots over 400 FPS. They also say that – unlike CO2-powered BB guns – it performs well in cold weather conditions and extended rapid-fire sessions.

This battery-powered 177 cal BB gun is equipped with a 50-round magazine. It has full-Aluminum construction, a custom adjustable stock and M-LOK slots for compatible accessories. 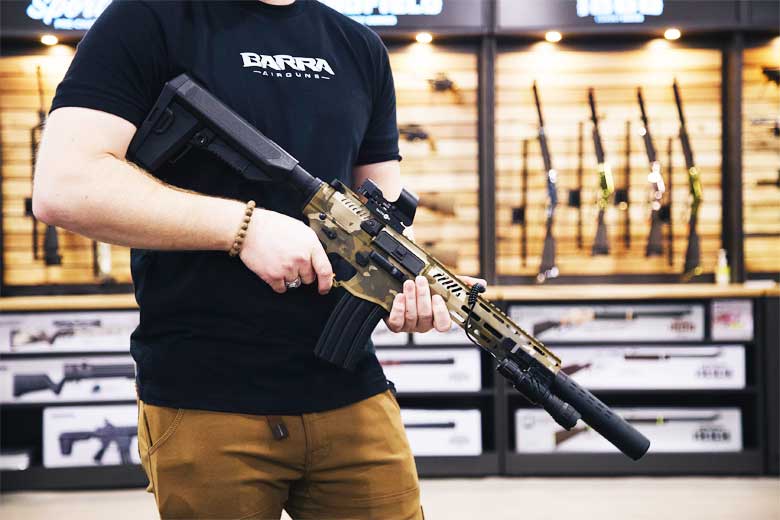 Barra is also using the 2022 SHOT Show to debut a range of other airguns. These include the 1100z PCP air rifle, the 1866 lever action CO2 pellet rifle and the Sportsman 1200g dual-caliber break barrel air rifle. 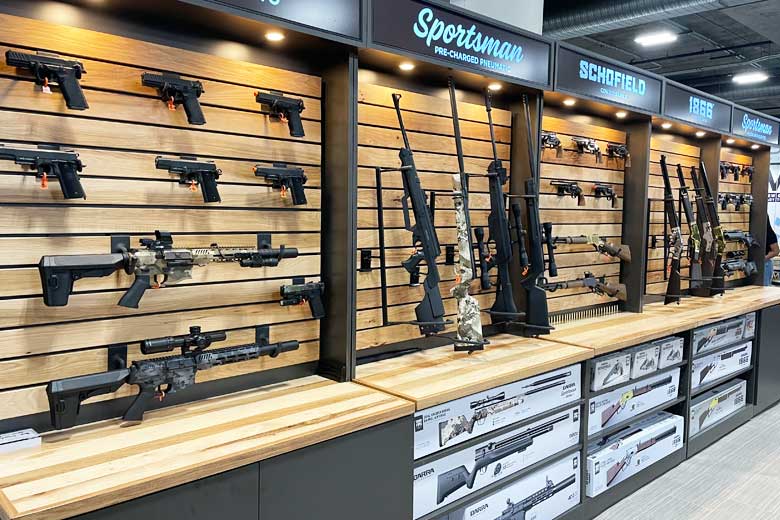 It’s probably fair to say that many HAM readers will not have heard of Barra Airguns. However you may have heard of some of their products. The Schofield range of CO2-powered BB pistols, in particular, is well-recognized – these come from Barra.

Barra also sells airguns under the Black Ops and Bear River brands. HAM has reviewed two of these in the past. Both earned Gold Awards on test.

HAM tested the Black Ops Sniper Rifle when it was powered by a spring/piston system. The same gun is still for sale today, just called the Sniper S and equipped with a gas ram powerplant instead.