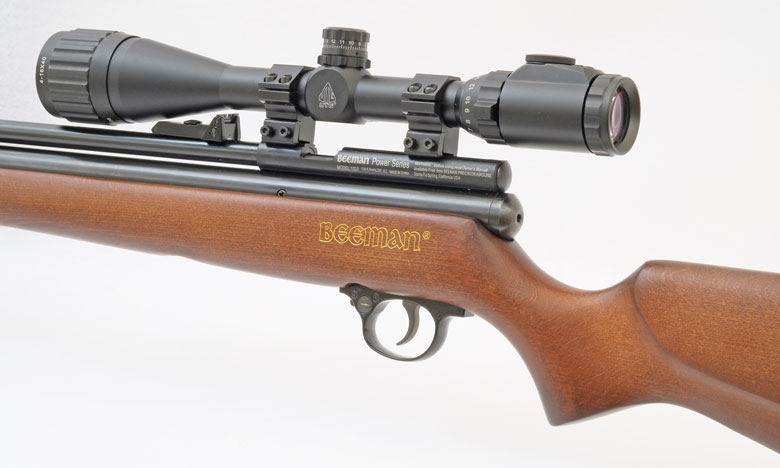 The new Beeman Chief PCP air rifle was launched at the 2017 SHOT Show in February this year.

HAM has already brought you details of prototype of this gun in previous posts.

A detailed look at the Beeman Chief.

However, now the first production models have arrived and we’ve checked-out the .22 caliber version.

Of course, the Beeman Chief PCP air rifle does not feature a regulator. So, it’s no surprise to discover that the muzzle velocity drops steadily from the 870.79 FPS of the first shot as the pressure in the tube is reduced, shot-by-shot. This is shown in the following chart. 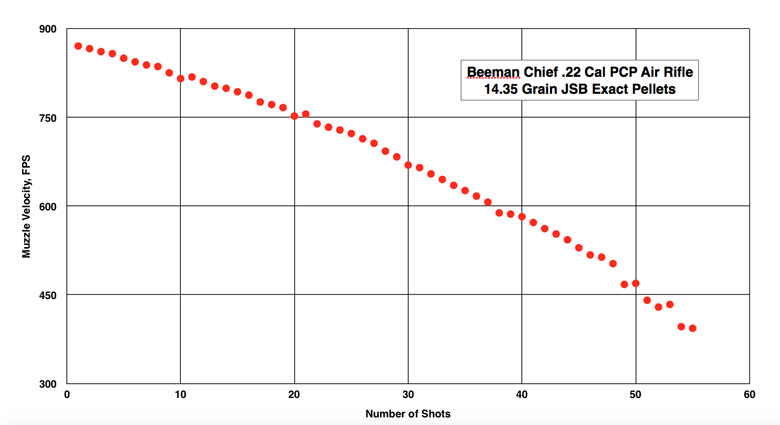 The production model examined by HAM featured a degassing capability that enables the pressure to be removed from the gun without “dry firing”. This is achieved by using the included degassing tool which screws into the rear plug of the pressure tube, pushed the hammer forward and opens the valve to let the air out. This is the same system as is used on Benjamin Discovery and Marauder air rifles.

At a Street Price of $179.99 – or less – the Beeman Chief PCP air rifle is competitive with the synthetic-stock Benjamin Maximus, but at a price point $50.00 below that of the Crosman air rifle. It offers more claimed shots per fill at about the same Muzzle Velocity and with a wood stock.

As such, the Chief represents yet another step in the improved price/performance of PCP air rifles that seems to be a feature of the current market.