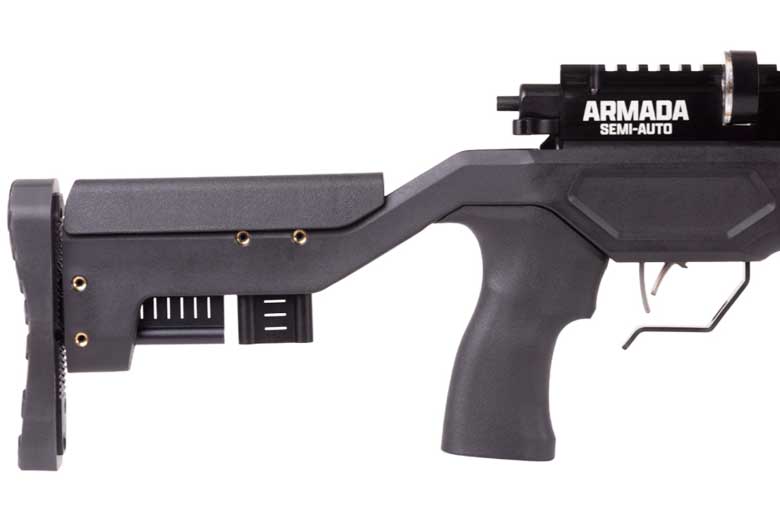 The Benjamin Armada Semi-Auto PCP air rifle was announced at the 2022 SHOT Show. HAM readers will also have seen a first glimpse of it in a previous post in March.

But now it’s available and shipping from Pyramyd Air. The company has limited numbers in stock as this post is written – and they’re likely to sell very fast!

Mechanically, the Armada Semi-Auto has an action that’s very similar to that of the Semi-Automatic Marauder.

The main difference is that it uses a shorter HPA tube than the Marauder. This tube has the pressure gauge on the side, like the recently-introduced Crosman Challenger. (It may actually be the same part – that would make a lot of sense).

The benefit of this, Benjamin Product Manager Phillip Guadalupe tells HAM, is that the shorter HPA tube allows for a superior balance and handling compared to the Marauder in Semi-Auto (SAM) form. The downside is that the number of effective shots per fill falls from 60 in the SAM to 40 in the Armada. 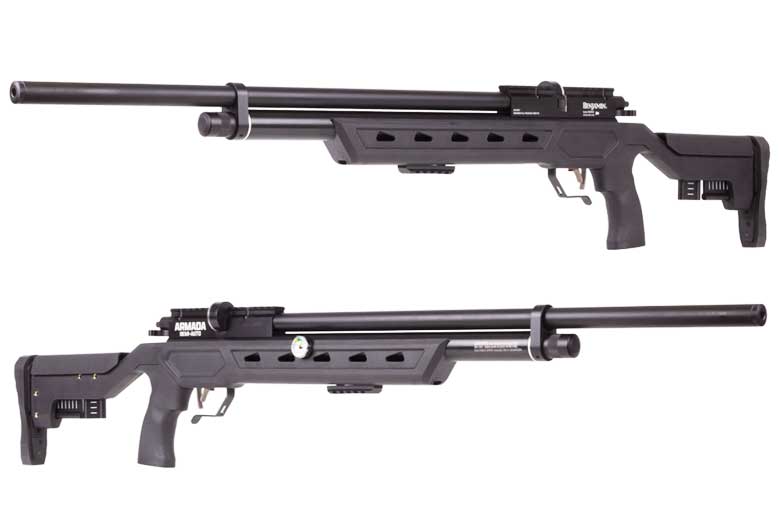 The fill pressure remains at the traditional 3,000 PSI for the Marauder platform and – like the SAM – the Armada Semi-Auto is available in .22 caliber only. Maximum power specification is 29 Ft/Lbs. That represents 950 FPS with regular 14.3 Grain Crosman lead pellets.

As with the SAM and the new Challenger, the Benjamin Armada Semi-Auto PCP air rifle includes an internal regulator. Both are shrouded, of course, for a backyard-friendly report. 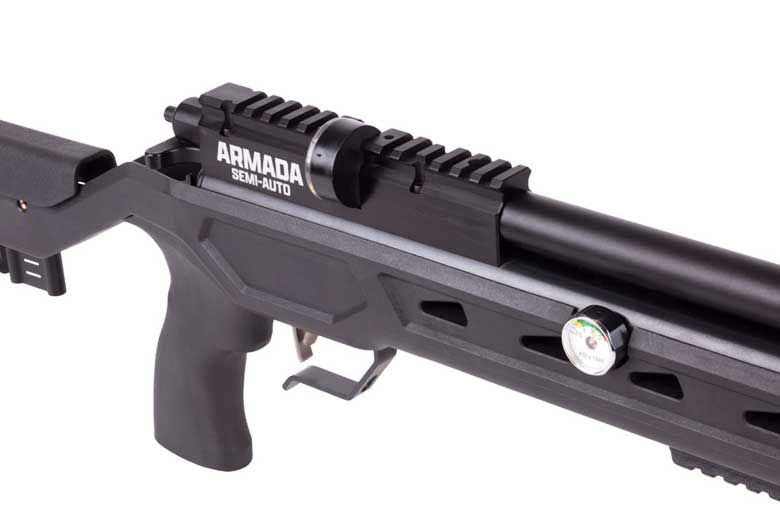 The multi-adjustable, tactical stock is very similar to that of the recently-released new Challenger PCP target rifle. However, it’s a darker color and the Challenger’s “hamster” is replaced by a Picatinny rail on the underside of the stock. No doubt this will be well-used for attaching a bipod.

Overall length is 42.8 Inches and weight is 7.2 Lbs – plus the necessary scope, of course.