Check Out Some Customized Gauntlets At The Pyramyd Air Cup 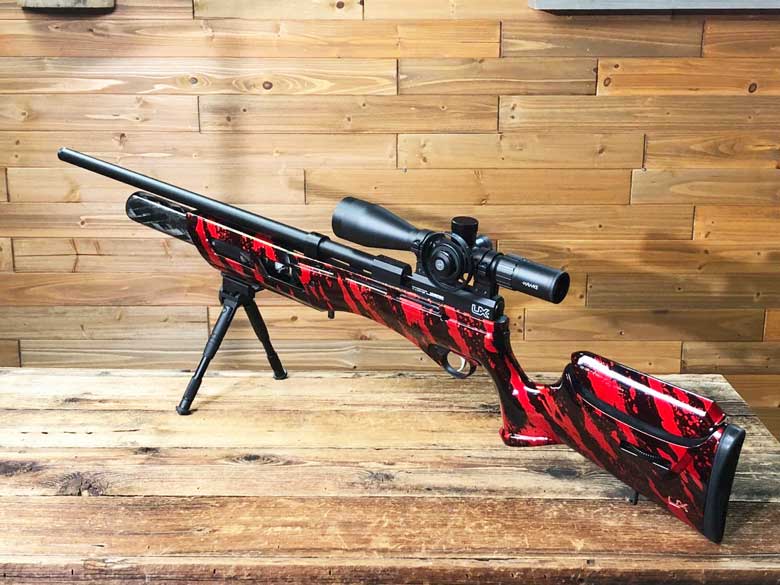 Umarex USA has announced that you will see some unusual customized Gauntlets at the 6th Annual Pyramyd Air Cup. The company is also a sponsor of this event.

Umarex Airguns will have a variety of airguns to shoot from its wide selection at its covered demo bay, which will be open to the public on Saturday from 9 am to 4 pm.

Spectators can also watch shooters compete in three shooting disciplines—Benchrest, Field Target, and Gunslynger. Among the various airguns being utilized in these competitions will be the Umarex Gauntlet.

Umarex is delighted that the Gauntlet has quickly became a PCP air rifle that many shooters have found easy to modify to fit their shooting disciplines. Custom parts makers such as Hajimoto Productions and Jefferson State Air Rifles are just two such providers. Their parts are being utilized to enhance a Gauntlet’s performance during the Pyramyd Air Cup, Umarex tells us.

“We consider it an honor that custom parts makers find such value in the Umarex Gauntlet that they’ve dedicated countless hours in making an already great product just that much better,” said Justin “JB” Biddle, director of marketing at Umarex USA, Inc.

“While a shooter can take a stock Gauntlet out of the box and legitimately go compete in a target shooting competition, the numerous mods available simply enhance its inherent accuracy,” he continued.

Spectators can expect to see several customized Gauntlets on the firing lines. One is a .25 caliber Gauntlet with modifications “under-the-hood” to enhance its participation in the Benchrest competition.

On the outside it has a 24 cubic inch carbon fiber wrapped air bottle, the same one designated for the .50 caliber Umarex Hammer. There’s also a higher pressure regulator and a beautifully custom decorated red and black stock.

HAM Publisher Stephen Archer will be reporting daily from the Pyramyd Air Cup. He’ll be looking to bring you details of these customized Gauntlets…