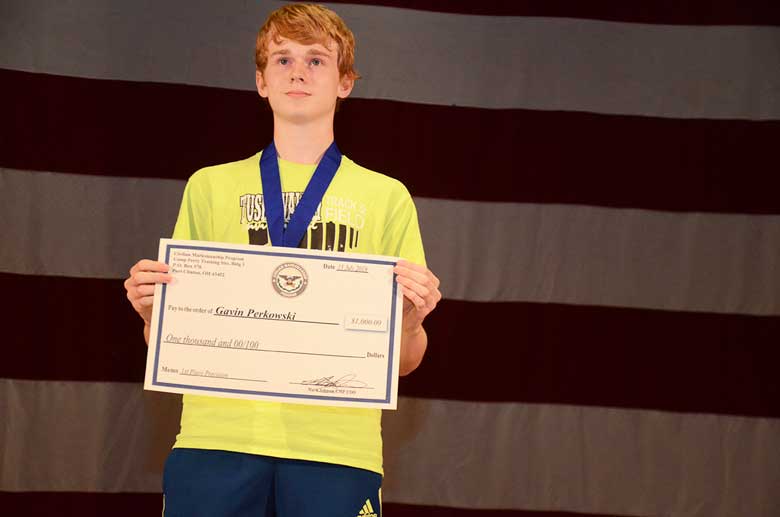 Gavin Perkowski, 17, (above) of the Great Trail Musketeers from Ohio, claimed the overall win at the CMP 2019 National Three Position Air Rifle Championship. He won the Precision category marking an overall score of 692.8.

Following just one-tenth behind Perkowski in second place was Vittoria Watts, 14, of Lincoln Lead Heads in California, with a score of 692.7. She was followed by Grace Taschuk, 18, of the Bolt Action American Legion Post 334 Jr. Rifle Club in Minnesota with 691.8.

In the Sporter Class, Sarah Leininger, 18, (below) of Nation Ford Marine Corps JROTC in South Carolina, claimed the overall win. 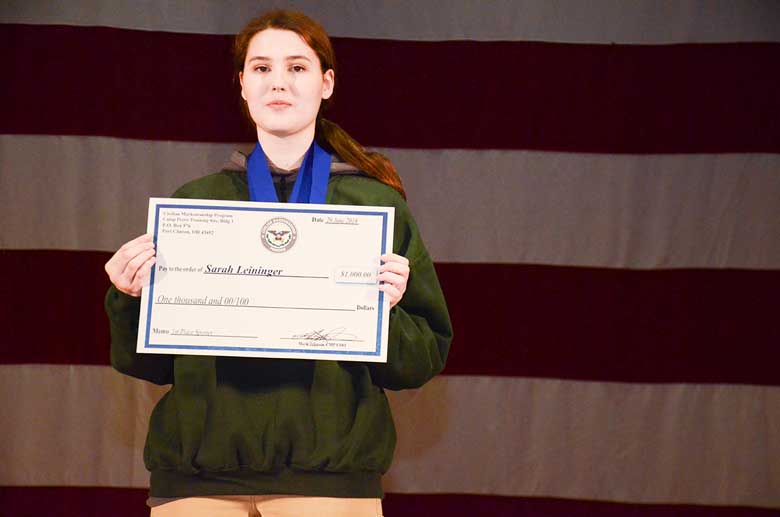 Leininger gave a remarkable Finals performance during the event that allowed her to soar above her competition. She made a score of 660.3 to secure the championship title by more than 10 points. 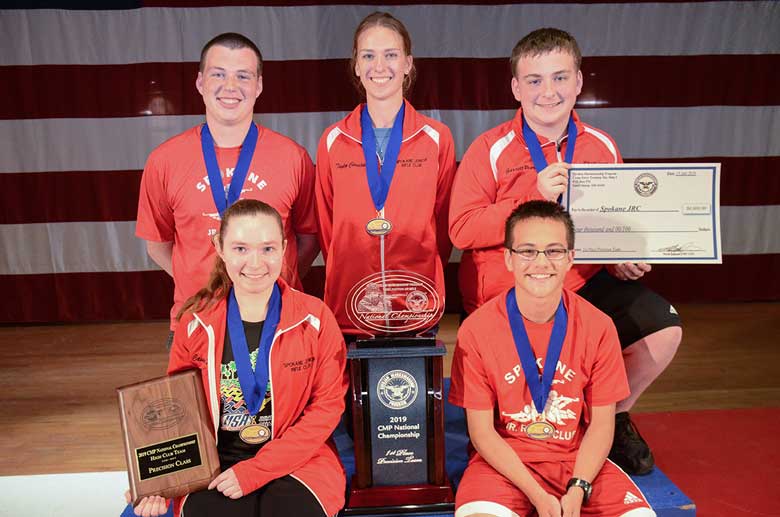 The second place team was Lincoln Lead Heads from California with Capitol City Junior Rifle Club from Washington in third.

In Sporter, Nation Ford (2230-80x) and Volunteer (2203-76x) high schools took first and second, respectively, in the Junior Olympic Team category. Zion Benton earned third, with a score of 2201-70x. The Nation Ford team is in our photo below. 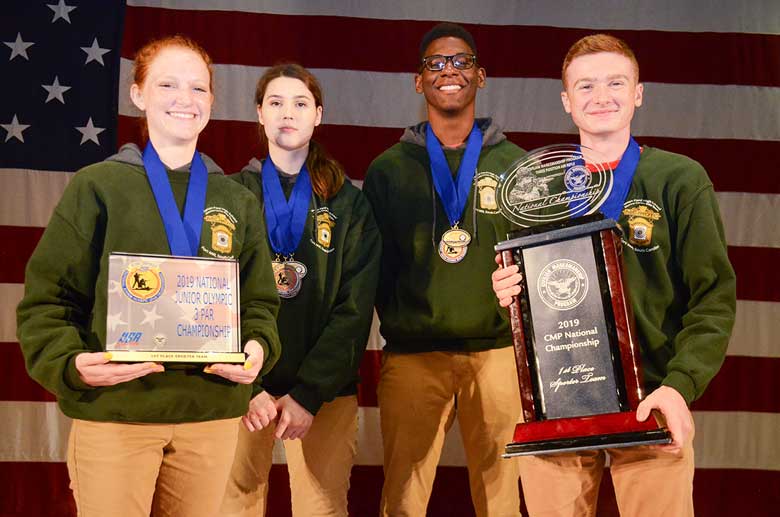 Following the lead of last year’s event with even more participation in 2019, an SH2 competition was also held for para-athletes during the National Championship. Winning the match and setting a new 3×20 plus Final National Record of 696.2 was Madison Champion, 17, of Greenville High School Navy JROTC in Texas (below). 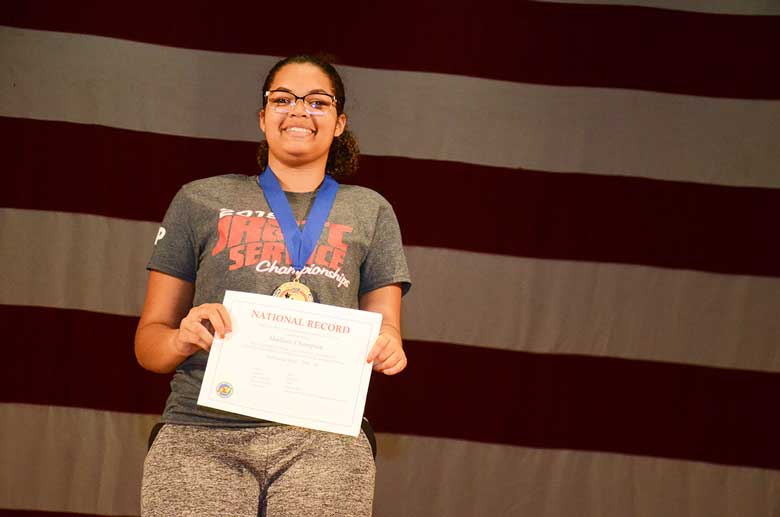 In addition to the thousands of dollars in monetary endowment awards provided to winning teams from MidwayUSA, the CMP provides $1,000 scholarships to the Top 3 highest scoring graduated seniors of the event. Grace Taschuk, Mallory Simons of Yellowstone Rifle Club in Vermont and Kim Jettenberg of the Borealis Bullseyes in Alaska earned this year’s scholarships.

The top male and female competitor over the two days also received places on the USA Shooting junior team. Earning spots this year were Philip Becker and Grace Taschuk.

The National Air Rifle Championship is a three-position event, where sporter and precision competitors fire two days of competition – the Junior Olympic Nationals, followed by the CMP Nationals.

Competitors fire qualifying scores each day, with the Top 8 competing in a final on the line to determine winners. The top male and female competitor over the two days also receive places on the USA Shooting junior team.

For a complete list of results of the CMP National Three-Position Championship and the National Junior Olympic Championship, visit https://ct.thecmp.org/app/v1/index.php?do=match&task=edit&tab=results&match=18227&tab=results.

Photos of the event can be viewed and downloaded for free from the CMP Zenfolio page at https://cmp1.zenfolio.com/f960619785.