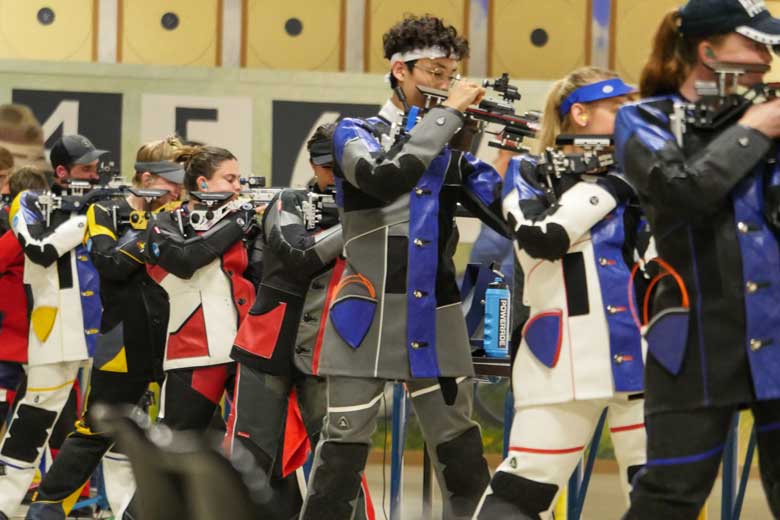 The 2021 Camp Perry Open attracted more than 250 athletes from around the nation in Three-Position and 60 Shot Air Rifle, 60 Shot Air Pistol and 3×40 Smallbore Rifle competitions.

The annual event is conducted by the Civilian Marksmanship Program (CMP) at the Gary Anderson CMP Competition Center. Located on the Camp Perry National Guard Training Base in Ohio, this is also the CMP headquarters. 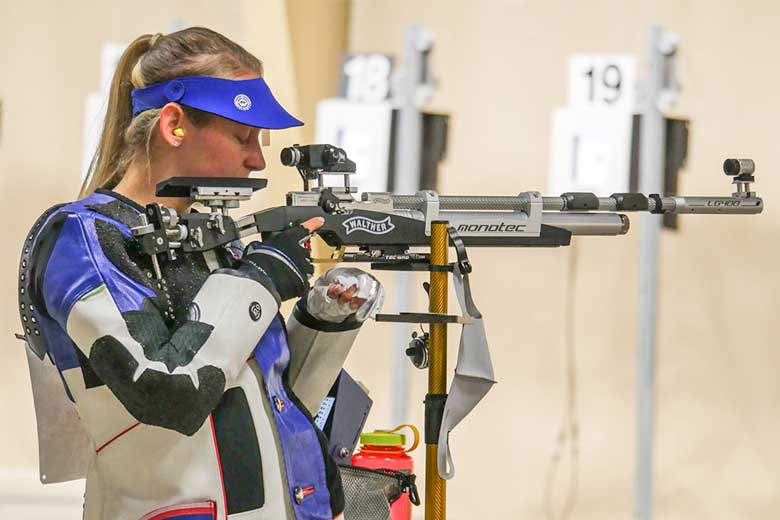 SP4 Alison Weisz, 26, of the U. S. Army Marksmanship Unit (above) was one of two Tokyo Olympic athletes who claimed wins at the event. She won the 60 Shot Air Rifle Match with an outstanding score of 1261.9

“The goals and expectations I had coming into this match were, really, to just perform and focus on performance – whatever the outcome was, it was going to be, at the end of the day,” Weisz said. “A lot of the things I’ve been working on is mental training and technical training skills. Ultimately, I just wanted to come in and put those into action.”

She also admitted that the 2021 Camp Perry Open served as an avenue to work on her mindset and nerve control before she heads to this year’s Olympic Games in Tokyo as a member of the U.S. Women’s Air Rifle team.

Below. The Gary Anderson Competition Center. Supporters sit in the middle with the two ranges firing outwards on either side. 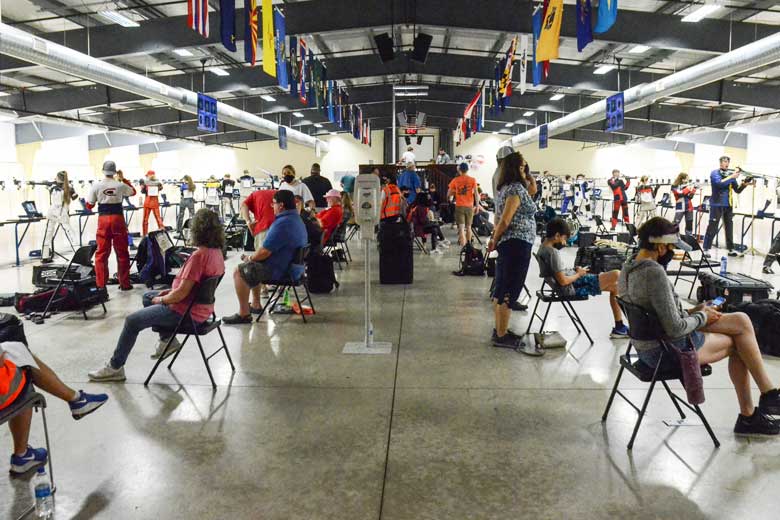 Another member of Team USA heading to Tokyo in 2021 who happened to also be at Camp Perry in May was James Hall, 37, of Columbia, Missouri. Hall was the overall winning competitor in the Air Pistol 60 Shot event at the Camp Perry Open, with a commanding score of 1156-39x. He’ll represent the United States in Air Pistol at the Olympics this summer.

Other Camp Perry Open competitors representing Team USA this year were Alexis Lagan and Sandra Uptagrafft, who will both be competing on the Women’s Sport Pistol team. 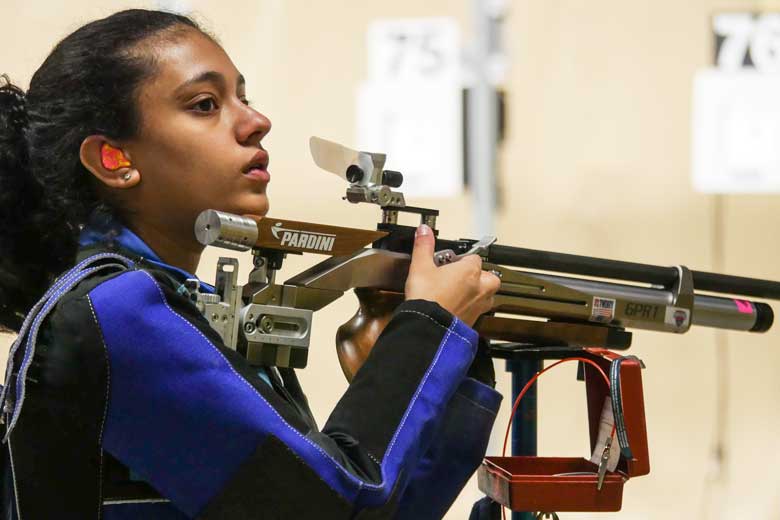 Earning second behind Hall as the top junior air pistol competitor was Remington Smith, 16, of Ashburn, Georgia. Smith had never been to Camp Perry but said its reputation certainly precedes itself.

“All I knew about Camp Perry was that it’s legendary and that it’s the Zenith of shooting complexes in the country,” he said. “Frankly, it was such an honor to get to shoot at such a range.”

Speaking of his performance over the weekend, Smith went on, “I wanted to continue shooting my average and raise it if I could. I’ve never shot at this range before, so I didn’t have any expectations, I would say. I was just hoping to take what I’ve learned at past matches and continue to grow upon that.”

Below. It’s great to see the juniors shooting – particularly some very young ones! 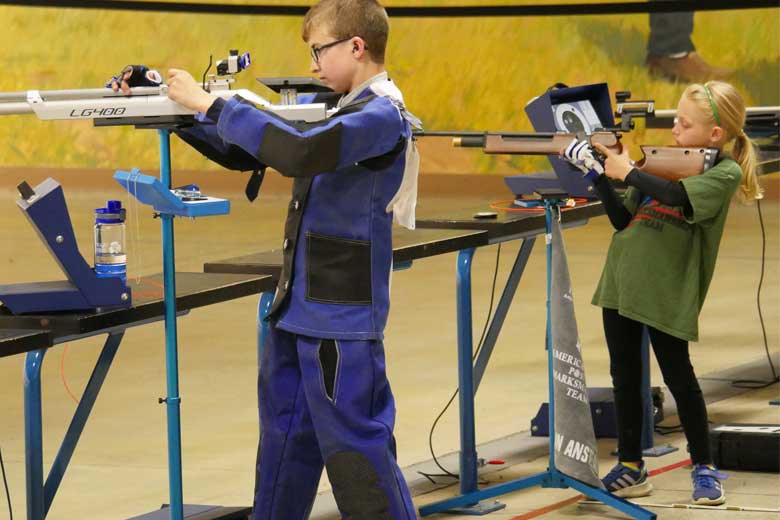 Typically fired in January, the 2021 Camp Perry Open was strategically moved to May in order to allow the 3×40 Smallbore Rifle portion to be added to the schedule for the first time. Over 60 competitors took to the firing line on Camp Perry’s Petrarca Range to take advantage of the additional competitive opportunity.

For a complete list of results, visit the CMP Competition Tracker page at https://ct.thecmp.org/2021CPOresults.

An online photo album, with free downloadable photos, can be found on CMP’s Zenfolio page at https://cmp1.zenfolio.com/f402330048. 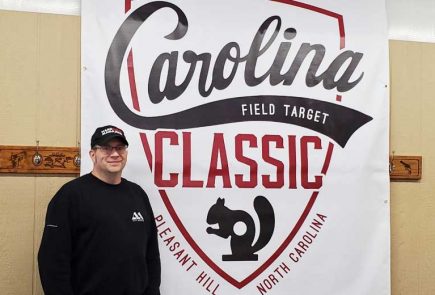 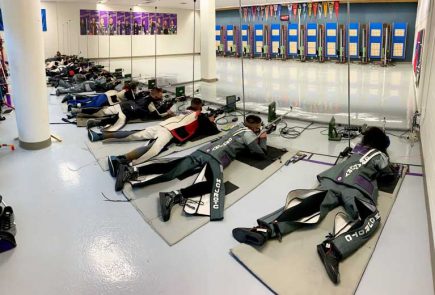 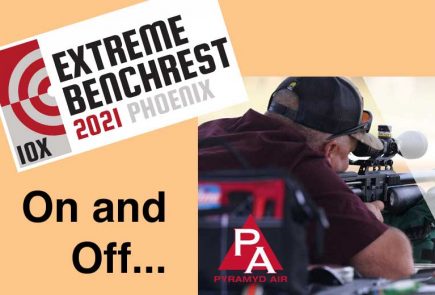