This 3P (Three-Position) event consists of two days of competition between high school and club air rifle marksmen. It features both the Junior Olympic National Three-Position Air Rifle (3PAR) and the CMP Nationals.

As in years past, competitors at the 2021 event fired qualifying scores each day, with the top eight competing in a final. Winners from each location were recognized, with overall winners determined from scores of all participating athletes. Nation Ford High School from South Carolina, Zion Benton High School of Illinois and Ozark High School in Missouri took the overall top three places, respectively, in both the Junior Olympics and the CMP Nationals team contests. That’s the team in our heading photo, above.

Nation Ford has been claiming overall medals consistently at Nationals since 2016 – earning at least second or even first overall, not only as a team, but with its individual athletes. Wow!

Staying true to form, Nation Ford produced the overall individual athlete in the Junior Olympic match in 2021, with Maya Cameron, 17, earning a score of 653.9 – just sixth-tenths of a point over second place.

Nation Ford members also reached third and fifth place overall finishes during the match. The team’s talented athletes went on to earn the second, third and sixth places in the CMP competition.

Also achieving consistent medal-winning showings over the years is Zion Benton, which also has been a past overall winner. The team earned second in both the Junior Olympics and CMP competitions in 2021, with multiple members earning medals at the Camp Perry location. The team is in the photo below. 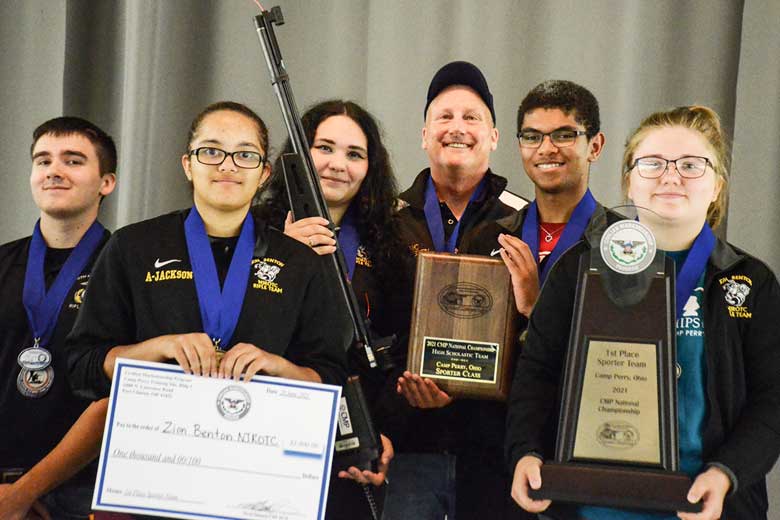 The top eight individuals at each location were awarded medals and checks, presented by the CMP, with the top three individuals overall receiving additional awards. Teams from each location as well as overall were also recognized.

As part of the continued support of youth athletes, the CMP will send $1,000 scholarships to the top three overall graduated seniors of the competition.

Below. Ozark High School from Missouri won third place in both National events. For a complete list of results from the CMP 2021 National 3P Air Rifle Sporter Championship, visit https://ct.thecmp.org/2021N3PARCresults. Photos of the event from both locations can be found on the CMP Zenfolio page at https://cmp1.zenfolio.com/f110931702.

Next up, the Precision CMP National Championship/National 3PAR Junior Olympic Championship is set for July 17-19 in Anniston and Camp Perry. Learn more on the CMP website at https://thecmp.org/youth/national-three-position-air-rifle-championships/.

The CMP would also like to thank Larry and Brenda Potterfield, co-founders of the MidwayUSA Corporation, who again provided generous donations for the National 3PAR Championship. The MidwayUSA Foundation is a 501c(3) public charity that helps communities and organizations raise funds to support youth shooting teams and activities. The Foundation is an endowment which helps fund team expenses today and into the future. 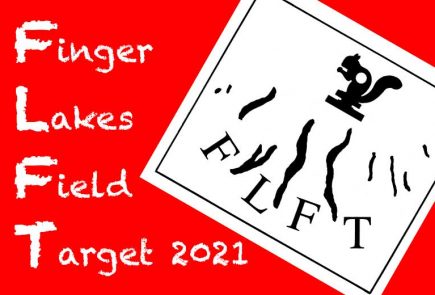 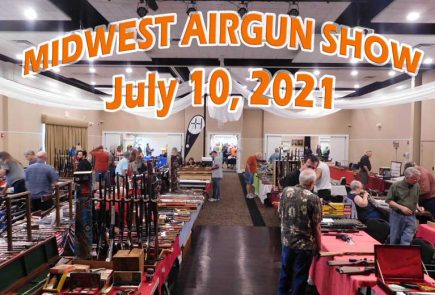