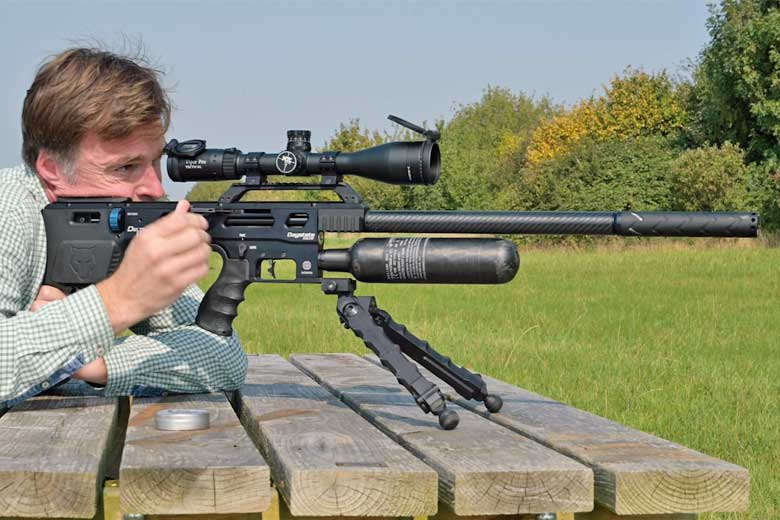 Now that this new air rifle has started shipping, it’s a good time to look at how the Daystate Delta Wolf power control system works.

Although the Delta Wolf is electronically-controlled, there’s minimal need for you – the owner – to get involved in detailed setup. Unless you want to, that is!

This is because the Daystate Delta Wolf power control system is set-up so that every gun is pre-loaded with shooting “profiles” for all four calibers, two barrel lengths and two weights of pellets. This is regardless of the caliber actually shipped. 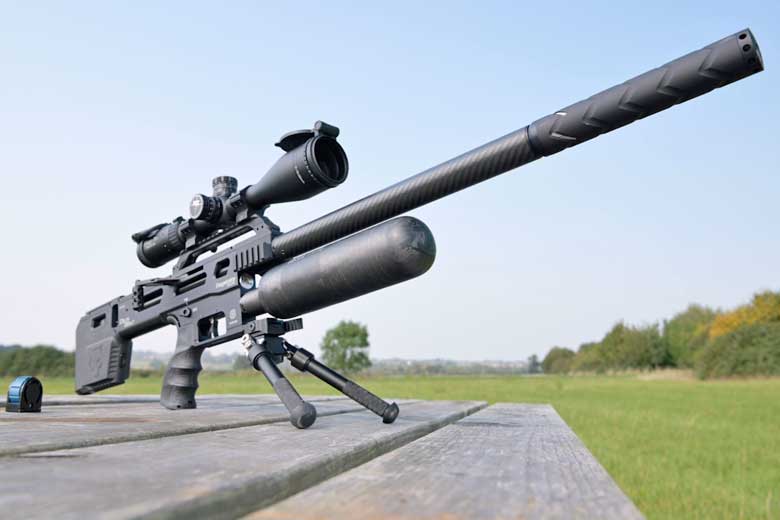 So if you want to go ahead and shoot your new Delta Wolf straight out of the box, you can do so. You just use one of the profiles that’s loaded into the gun. Should you want to customize your Delta Wolf for your own specific power and pellet requirements, you can do this using the built-in Advanced Shot Settings functionality.

Let’s take a look at how this is done…

Firstly, we need to say that these instructions relate specifically to the export and U.K. FAC models. They are also based on the current software version and so may be liable to change over time. U.K. license-exempt models (sub-12 Ft/Lbs power level) have rather simpler power control settings.

The Daystate Delta Wolf is fitted with a HUMA regulator that it factory-set for the power level and caliber as shipped-out. However – as you would expect – it may be necessary to change the regulator set pressure if changing calibers.

Regulator pressure adjustment is undertaken manually by turning this screw at the front of the receiver. 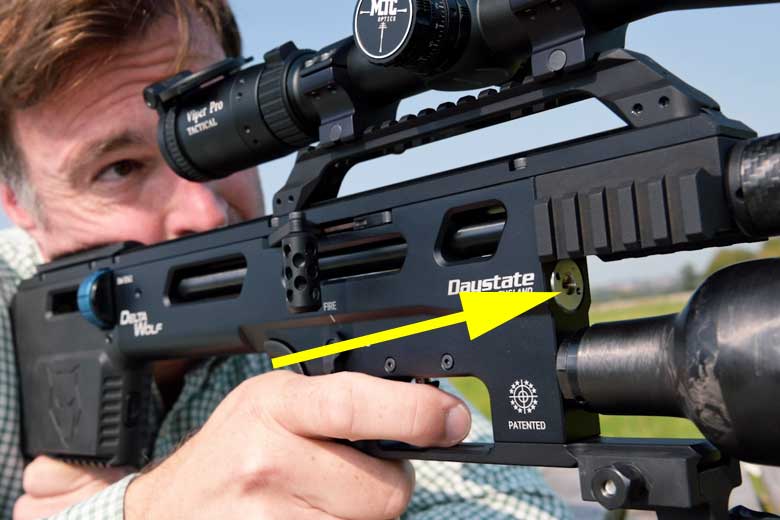 To increase the regulator pressure, turn the screw counter-clockwise. You will see the pressure increase at the top left of the display screen.

To reduce the regulator pressure, it’s necessary to first release air pressure from the gun by unscrewing the HPA bottle. Prove safe, then “dry fire” the gun safely until it’s empty.

Now turn the regulator screw clockwise. The new – reduced – regulator pressure will display on the display screen once the HPA bottle is re-attached to the gun. 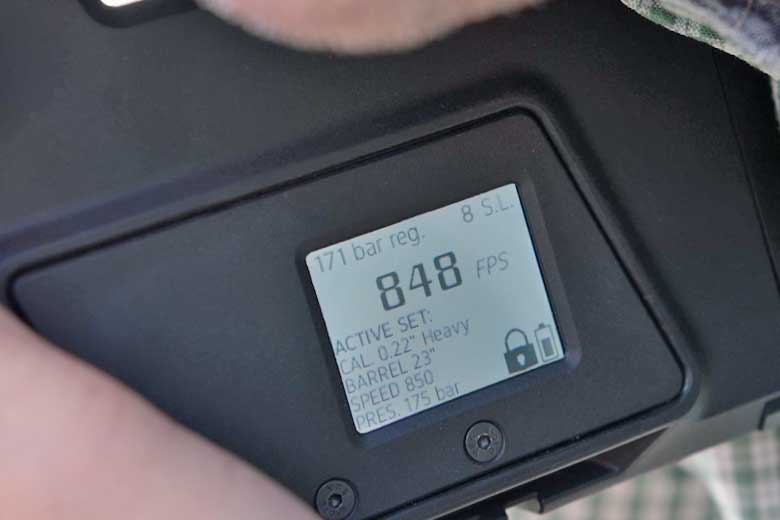 When shooting, the top part of the display screen shows actual data for the gun as it is right now. These include the actual regulator pressure (171 Bar), number of shots left in the magazine (8 S.L.) and FPS of the previous shot in the string (848).

You know which shooting profile you’re using because it’s indicated next to the “ACTIVE SET” text in the display. This is NOT shown in the photograph above.

The lower part of the display shows the setting parameters that were pre-programmed and are being used at this time. This includes regulator set pressure (175 Bar), caliber, barrel length and aim Muzzle Velocity (850 FPS). 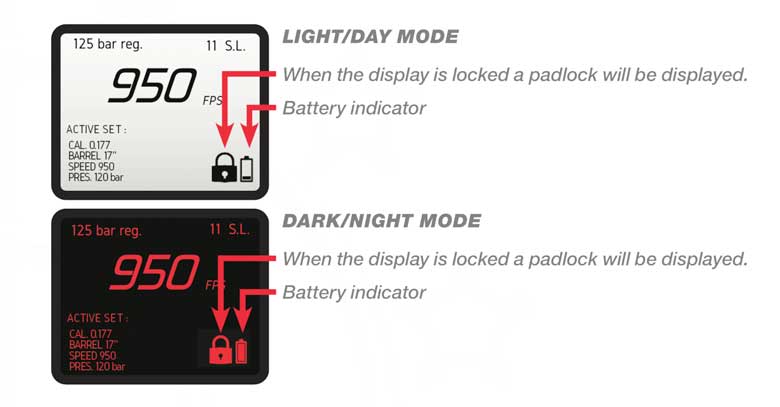 Basic Delta Wolf power control setup is undertaken by sideswiping on the screen to move through setting types, then pressing to register your selection. 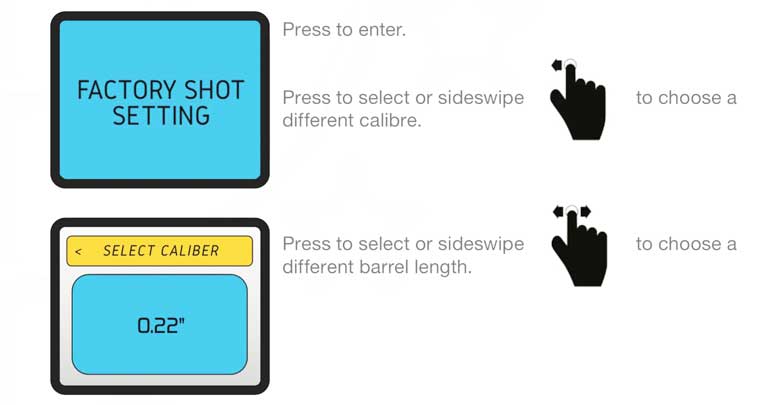 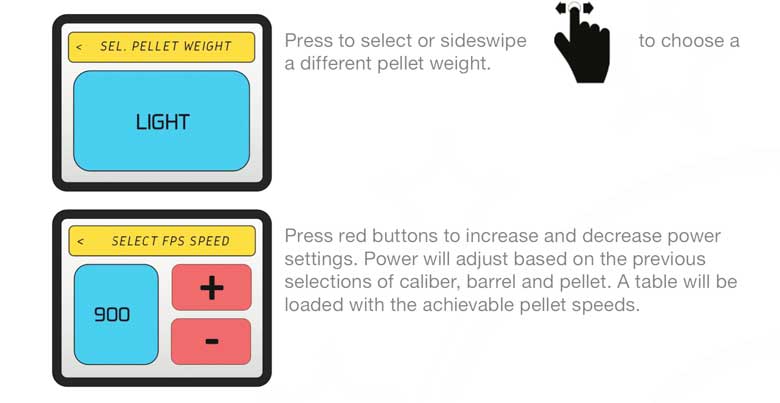 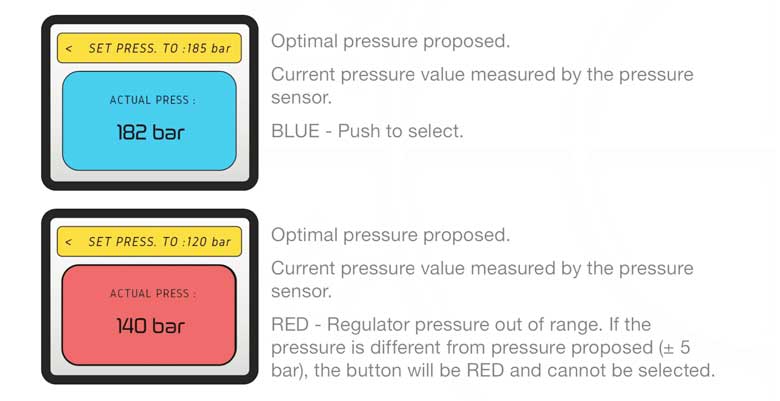 As mentioned above, each Delta Wolf is programmed to include factory settings that make up a specific “shooting profile” for the gun. These can be changed by the owner as appropriate using the Advanced Shot Settings capability.

With so many types of pellets available and individual power level requirements, it’s obviously impossible for the Daystate team to program profiles for every possible combination. There would be millions!

So – as you would expect – they’ve programmed the pre-set shooting profiles based on their own Rangemaster pellets and slugs.

This does NOT mean that you have to use Daystate pellets with the Delta Wolf. It just means that – if you want to use another pellet type or weight – you’ll need to set it up using the Advanced Shot Settings capability outlined below.

Using AVT, you can create, set and name multiple individual shooting profiles for your own Delta Wolf. This includes fine-tuning the hammer stroke and dwell time in microseconds. Wow, that’s precision! 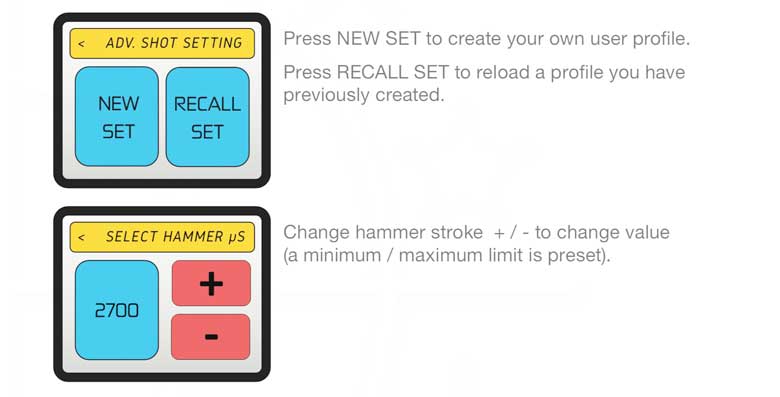 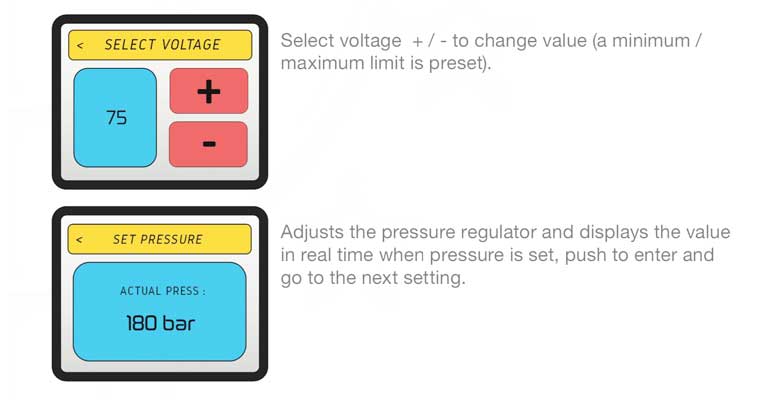 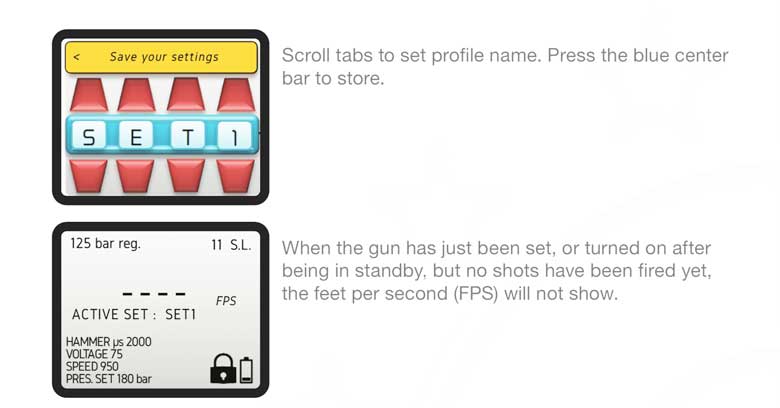 This AVT system includes an integrated Bluetooth module to allow for future additional features. Daystate says that this is what makes the Delta Wolf “future proof”.

So that’s an overview of the Daystate Delta Wolf power control system. It certainly looks impressive and comprehensive, as well as being easy to use. 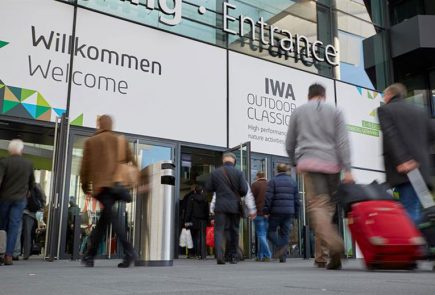 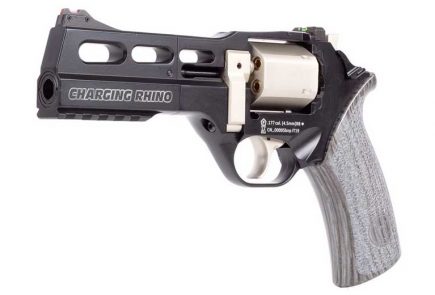 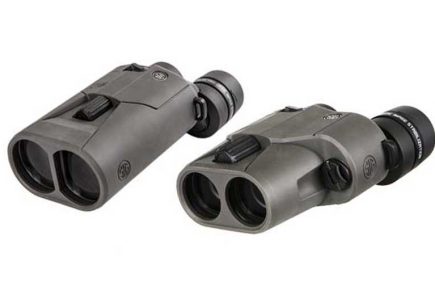