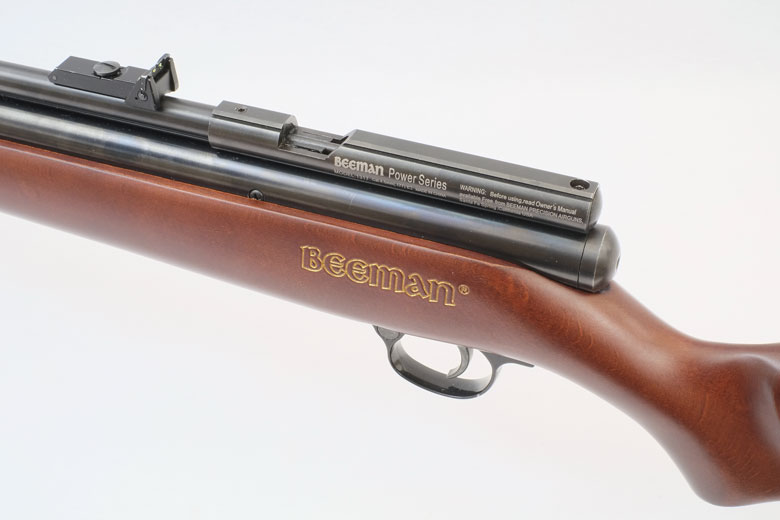 In another exclusive scoop for Hard Air Magazine, we received the actual Beeman Chief PCP air rifle that was exhibited at the 2017 SHOT Show last month. It’s the only one in captivity in the USA right now!

Please note that this particular gun is a pre-production prototype, so it may differ in some specifics from regular Chiefs when they become available in April/May 2017.

Of course, HAM will be making a full test review of the Beeman Chief in the near future, but here’s some initial observations…

At first sight, the Beeman Chief appears to be “just a PCP version of the QB78” air rifle. That’s what I thought, at least. However, close inspection indicates that there are actually many differences from the CO2-powered Beeman QB78, making the Chief quite a different gun.

Yes, there are some similarities between the two models. The trigger assembly and barrel of the Beeman Chief appear to be the same as those of the Beeman QB78. But – beyond that – almost everything else is different.

With an MSRP of $199, the Beeman Chief is positioned directly against the Benjamin Maximus. Both are single-load PCP air rifles with a maximum pressure of 2,000 PSI. Both have claimed muzzle velocities of 1,000 FPS in .177 caliber and 850 FPS in .22 cal. It’s going to be an interesting battle between these products in future!

But for now, let’s concentrate on the differences between the Beeman Chief and the QB78.

Since I promised Beeman’s US importers that I would resist the supreme temptation to take the Chief apart for a good look, here’s some of the differences we can see from the outside.

Below. Taking the stock off doesn’t really qualify as “taking the gun apart”, does it? 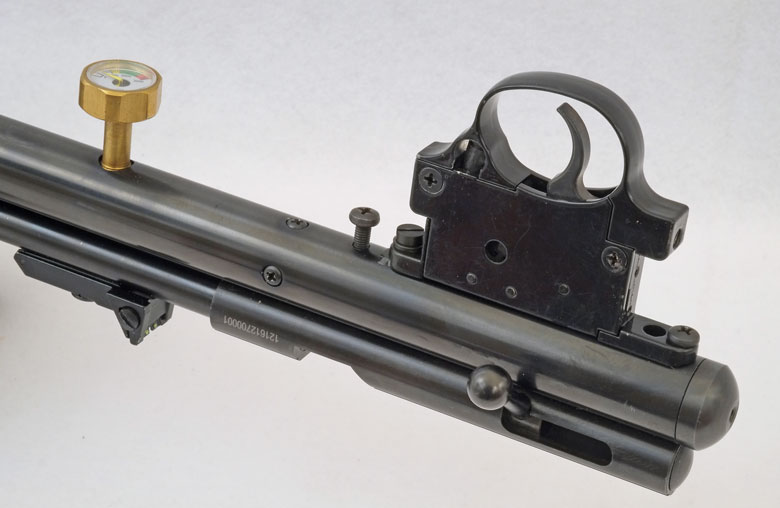 Filling with High Pressure Air is by means of a standard quick disconnect fitting in the end of the air tube. 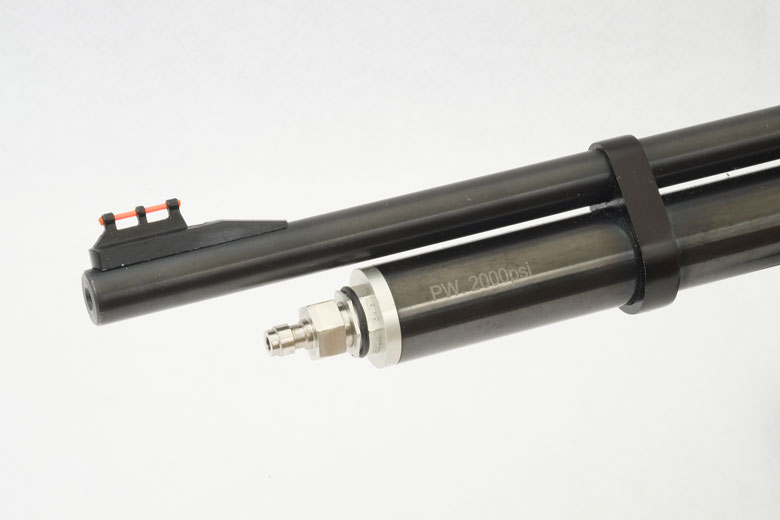 Remarkably, the weight of the Chief we have here is just 1 Ounce heavier than that of a sample wood-stocked Beeman QB78 Deluxe air rifle loaded with two 12 Gram CO2 cartridges. That’s in spite of the much longer and heavier HPA tube of the Chief compared to the CO2 tube of the QB78.

So where did the weight go? Two obvious places are the breech and the stock. 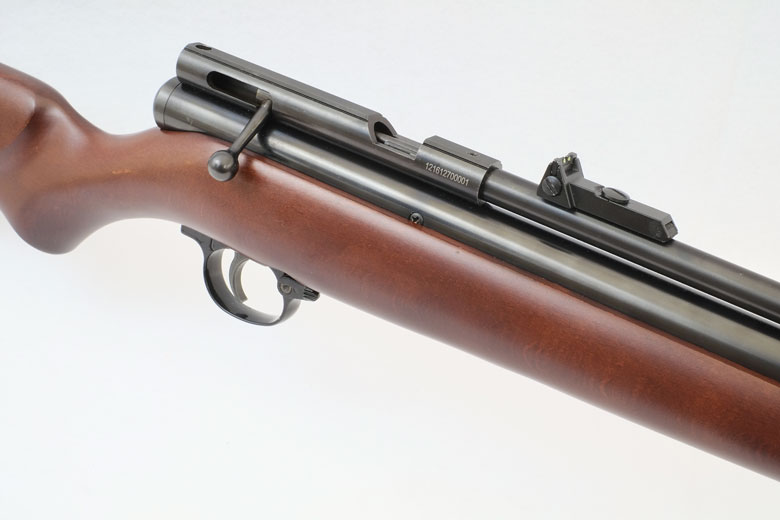 Surprisingly, the Chief does not have the same single-shot breech as the QB78. It’s actually one inch shorter. And there’s a flat top to the breech, making it easier to mount some scope rings. That’s an improvement.

The stock has a lower comb with a thinner buttstock and a 3/8-inch shorter length of pull. Both these would save weight in the solid beech wood stock. But these changes would not be an improvement, particularly the lower comb which will make cheek weld problematic when using a scope – as most future owners of the Beeman Chief will, of course.

The Beeman Chief also has a cock-on-opening action. This is the first time that this has been featured on a QB78-type air rifle from the Shanghai factory. Many people will like this change, too.

And there’s a tempting-looking setscrew in the rear tube cap. A power adjuster maybe? We’ll find out another time! 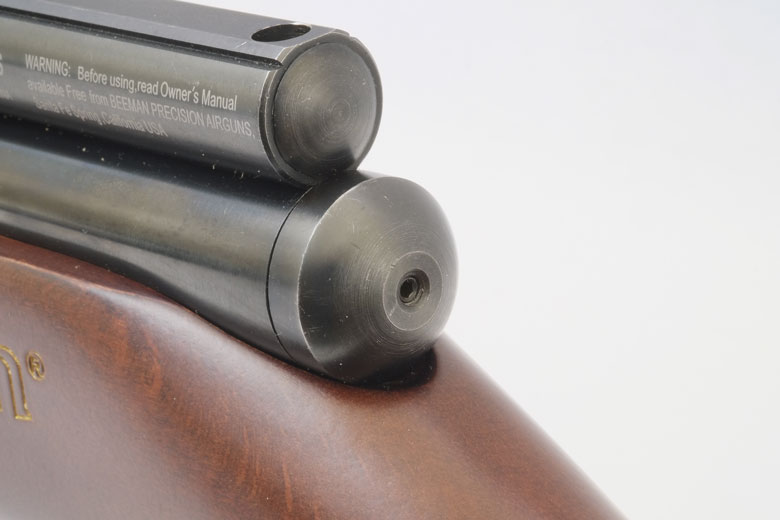 Of course, the Beeman Chief features a built-in pressure gauge. However, I hope that production guns will have one with a less ambiguous faceplate than this prototype. Does the green area indicate that it’s OK to fill the Chief to 2,500 PSI, even though the maximum fill pressure specification is 2,000 PSI? 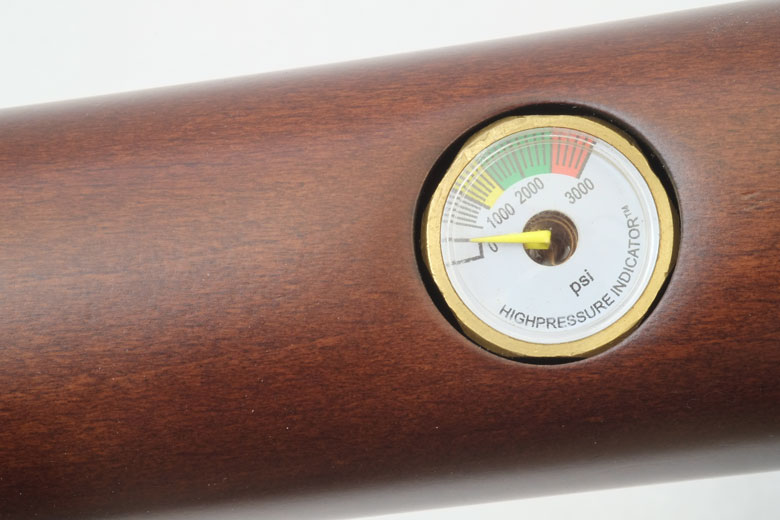 But small niggles like this aside – which may well be rectified before production gets under way – the Beeman Chief looks likely to be a worthy future competitor in the burgeoning low end PCP air rifle market.