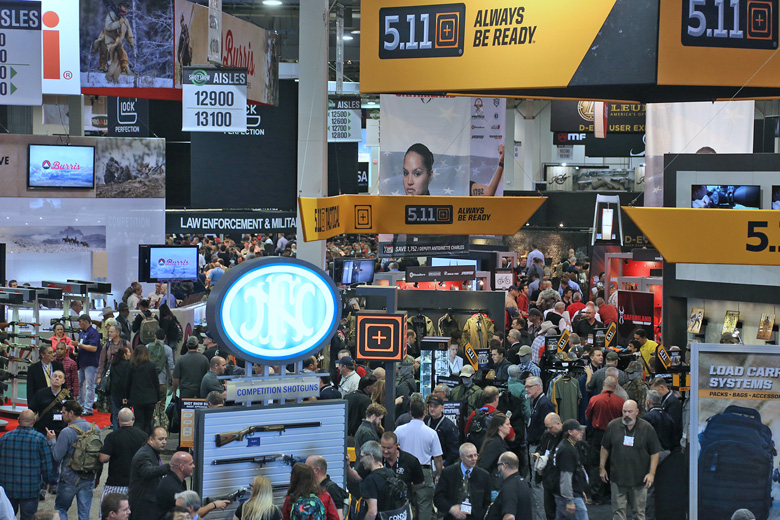 These photographs, which are reproduced by courtesy of the NSSF, give a great overview of the huge numbers of attendees and excitement of the 2015 SHOT Show.

The Shooting, Hunting and Outdoor Trade Show (SHOT Show) rang up its second highest attendance ever at the Sands Expo Center Jan. 20-23, giving the industry a very good indicator that a strong sales year lies ahead for the firearms and airgun industry.

Long a bellwether for the firearms and airgun industry’s prospects, the SHOT Show brings together buyers and sellers from the United States and more than 100 countries. Total attendance for the 2015 SHOT Show was nearly 64,000, second only to last year’s record-setting event, where nearly 67,000 came through the turnstiles. Lower attendance reflected strengthened pre-screening of attendees to enhance the overall experience of both exhibitors and buyers. 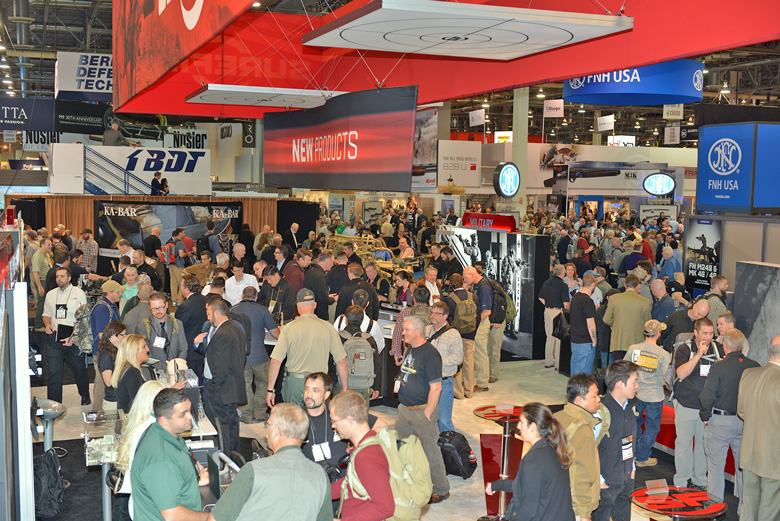 “We know from long experience that attendance at the SHOT Show is a reflection of the state of our industry,” said Chris Dolnack, NSSF Senior Vice President and Chief Marketing Officer. “This second highest attendance is in keeping with what we saw in the past year — that our industry is in good health and that manufacturers, wholesalers and retailers have a positive outlook for this year.”

NSSF®, the trade association for the firearms, ammunition, hunting and shooting sports industry, owns and sponsors the SHOT Show. 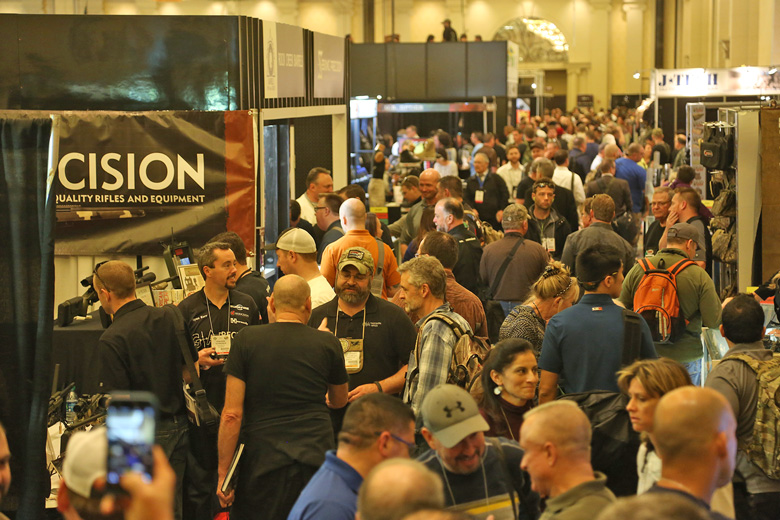 More than 1,600 exhibiting companies filled the convention center and rooms in the adjoining Venetian Hotel. Total show exhibition space was more than 640,000 net square feet, or 13 acres of product display, with more than 150 new companies exhibiting.

Next year’s SHOT Show is scheduled for January 19-22 2016, again at the Sands Expo Center. Hard Air Magazine will be there to bring you up-to-the-minute reports on all the major airgun announcements and news.

But before then, we still have more posts to make about airgun news at the 2015 Show. Please keep checking back to HAM!