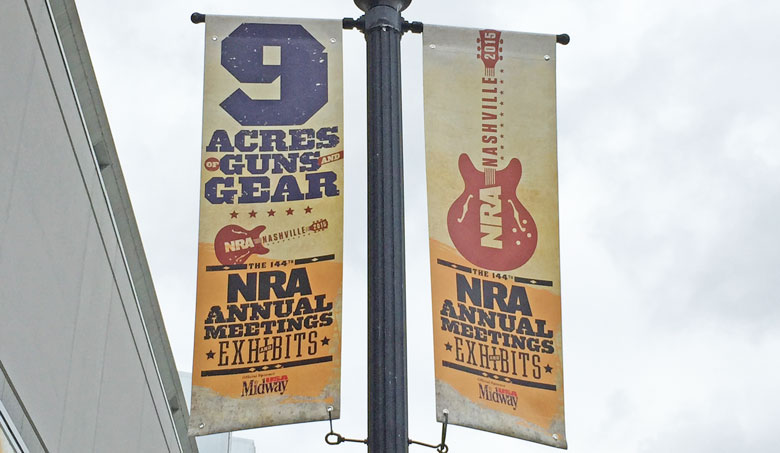 There were lots of people and lots of airguns at the 2015 NRA Show in Nashville TN!

Thanks to the assistance of our friends at Air Force, Gamo, Leapers and Pyramyd Air, HAM brings you this photographic overview of airguns at the 2015 NRA Show. If you didn’t attend the show, these pictures give a good idea of what was happening…

Did we mention that there LOTS of people attended the meeting? Below we see the entry hall moments before the opening of the 144th NRA Annual Meeting and Exhibitions in Nashville. Photo courtesy of AirForce Airguns and mzphoto.com. 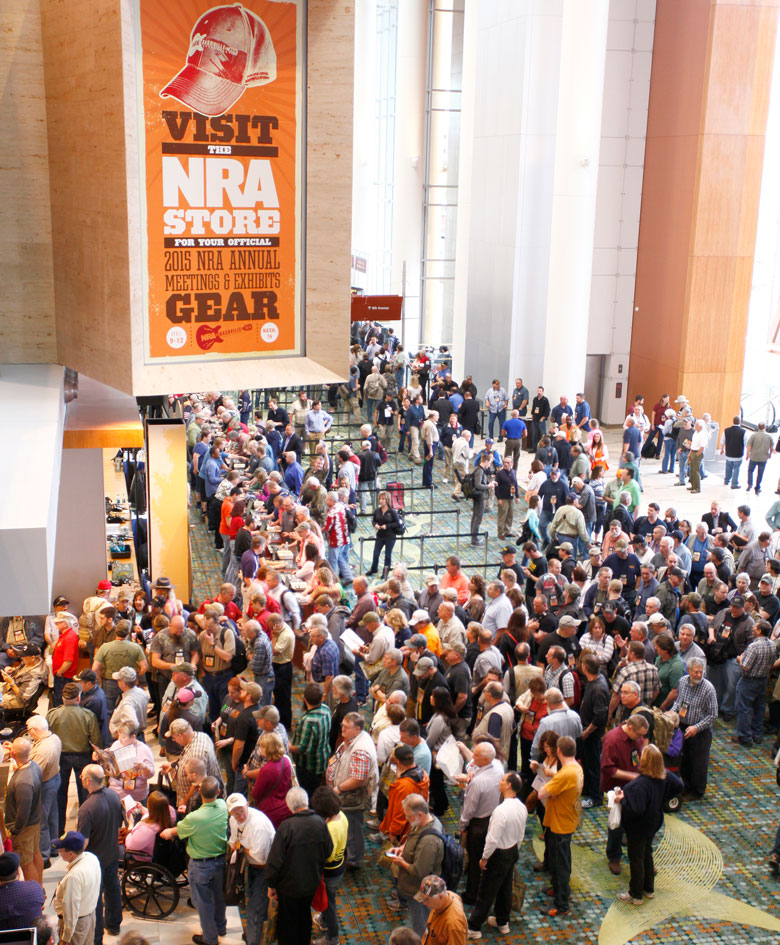 There was plenty of action at the Gamo booth, as these photos by Fedor Palacios, Marketing Communications Manager, Gamo Outdoor USA, show. Fedor also took the “cover photo” for this post. Thanks Fedor! 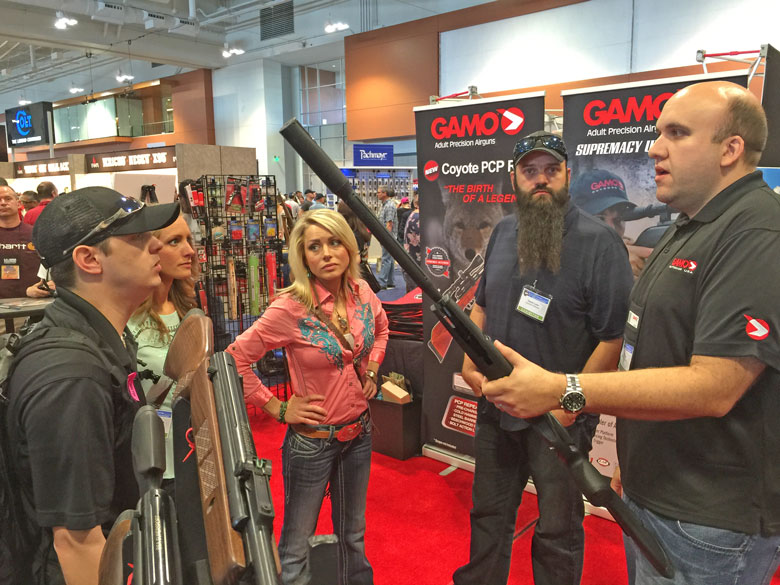 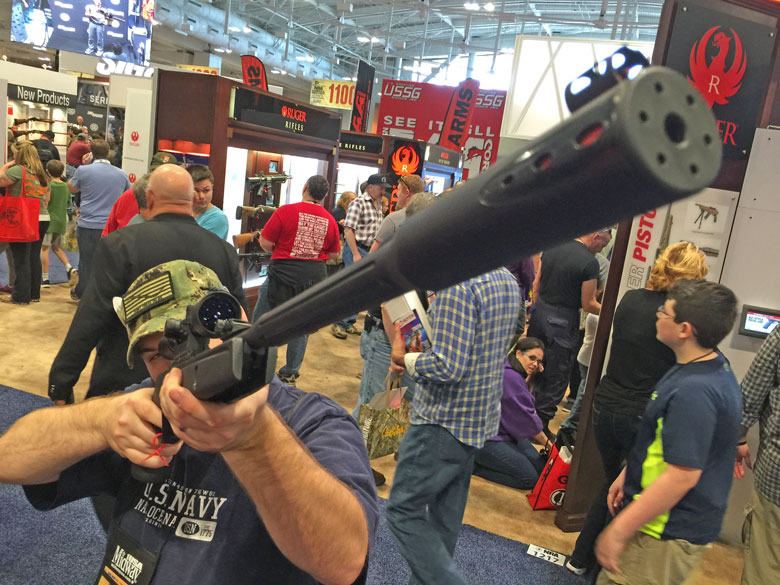 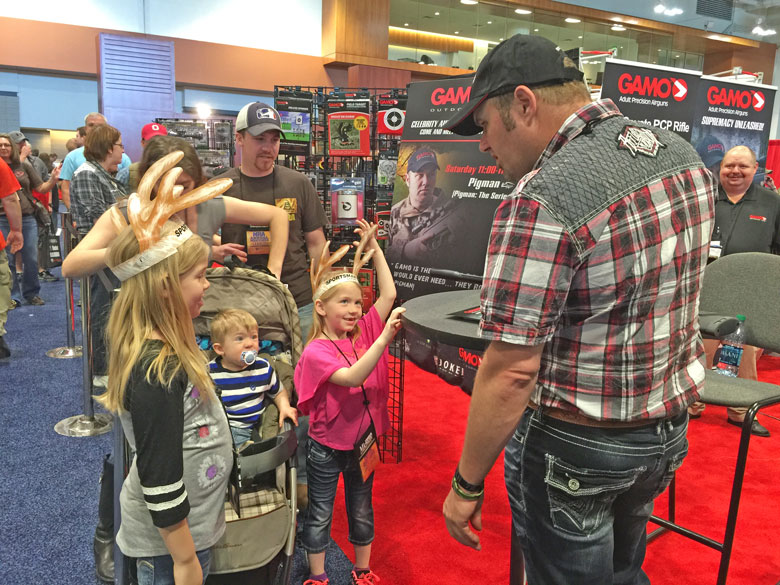 Of course, there’s a fun side to the show, as well as the more serious business of talking about airguns.

Below we see Eddie Eagle and the AirForce Squirrel meeting at the concert plaza outside the Music City Center in Nashville. Then AirForce Airguns Evangelist Ton Jones showing the new Texan – the world’s most powerful air rifle – to an NRA member. Photos courtesy of Air Force Airguns and mzphoto.com. 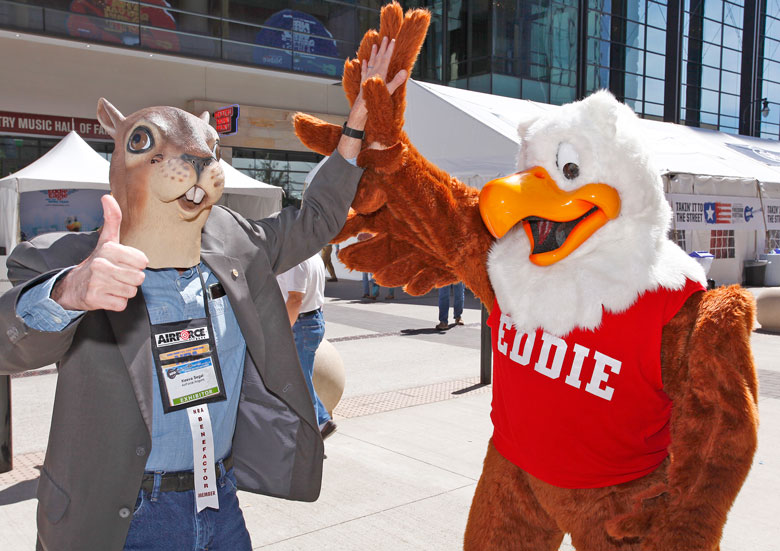 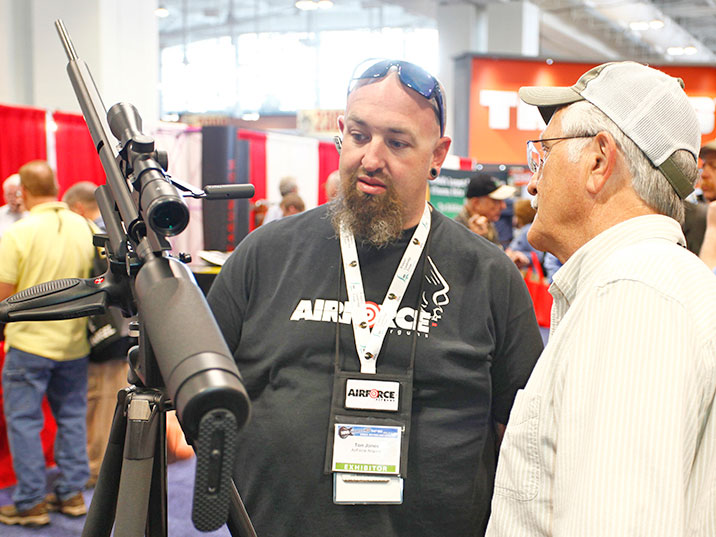 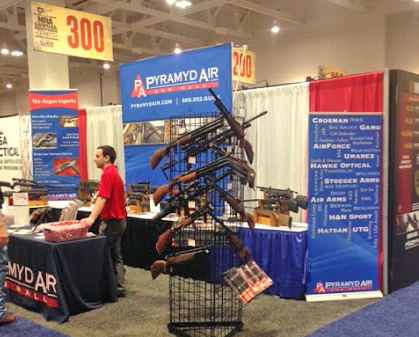 Over at Pyramyd Air, this was the scene moments before the show opened (above). Moments later, things were completely different, with people everywhere! Photos courtesy of Stormie VanMeeman, PyramydAir. 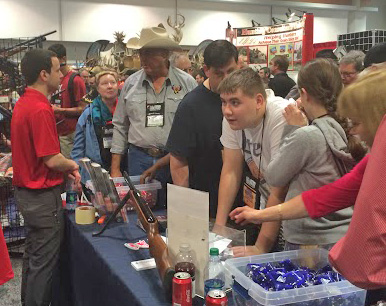 HAM will have more coverage of the 2015 NRA Meeting and Exhibitions tomorrow.