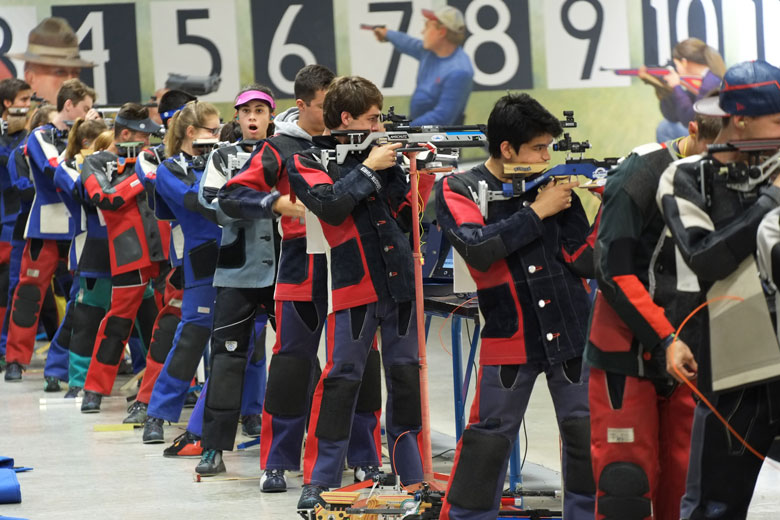 Although we all enjoy shooting, most of us would agree that making airgun shooting fun to watch for spectators is often somewhat of a challenge.

Particularly with non-reactive target events, it’s tough for our loved ones to really get into the action if they can’t see where your shots are landing on the target.

This is an issue that the Civilian Marksmanship Program (CMP) has addressed head-on at it’s airgun shooting facilities at Camp Perry OH and Talladega, AL.

There, the CMP has installed new electronic targets. These high-tech Kongsberg Target System (KTS) targets are powered by OpticScore technology. This means that each shot is scored optically by internal LED lights. Monitors at each firing point instantly display scores, and button functions with an LED lighted screen allow ease of use for individuals of all ages and experience levels.

This is the shooter’s view of the system. 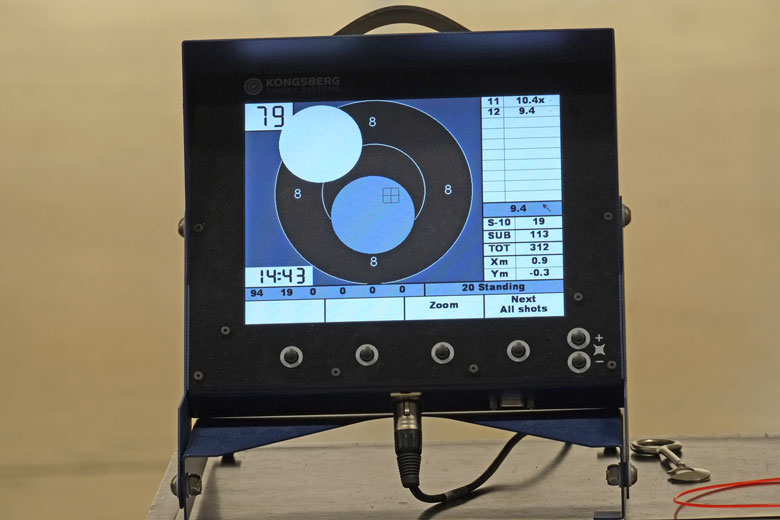 And below is what the spectators see. 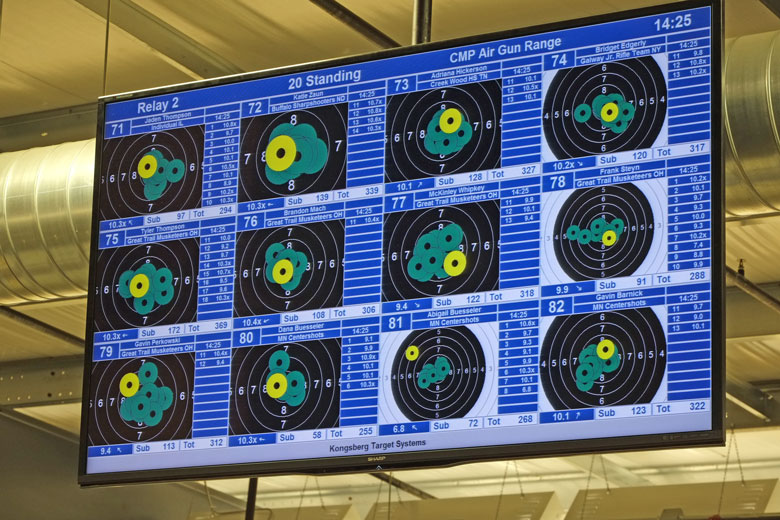 To view this revolutionary electronic target system myself, I attended the national finals of the CMP National Air Rifle Championships in June. This 3P (Three Position) competition had started with a postal match back in Autumn of 2016. No less than 1,454 young shooters registered for the postal phase and, after regional finals in February and March, 399 young shooters reached the National Championships at Camp Perry. 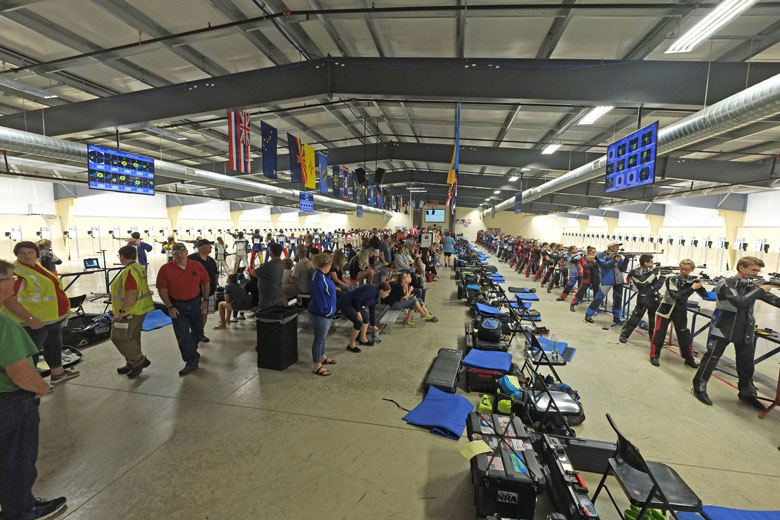 But not only that. The large LED screens placed throughout the range space display each competitor’s target, making the airgun shooting fun to watch. As you can see in the photos above, spectators can monitor the shooting as it happens, see each individual shot and keep track of total scores.

The CMP’s target system makes it easy not only for competitors to immediately see their own scores, but allows the audience to see what’s happening and enjoy it in real time. And there are repeater screens throughout the building. This is the way to make airgun shooting fun to watch, for sure!

Also, fans from home can log onto the CMP’s website and view the targets in real-time and watch shot-by-shot.

This investment by the CMP really makes 3P airgun shooting fun to watch!

Although spectators generally watch shooting quietly and respectfully, the CMP National Air Rifle Championships final shoot-outs are completely different. Spectators surround the competitors and make as much noise as possible. They cheer their own favorite shooter and try to distract the others. All in good part, of course… 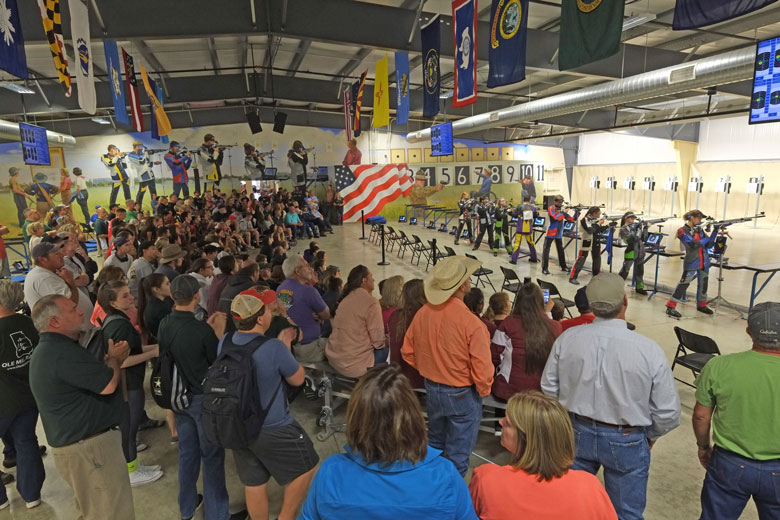 I was amazed at the maturity of the competitors and their incredible concentration as they zoned-out the noise and kept firing those pellets right through the centre of the target!

Again, this made the event much more spectator-friendly as family, team mates, coaches and chaperones – the shooters are all kids, remember – all became really engaged in the finals and let their hair down.

Does this make airgun shooting fun to watch? Ask anyone who has seen the CMP’s target system and they will undoubtedly say “Yes”. In fact, many of them would say “H@!!, yes!” 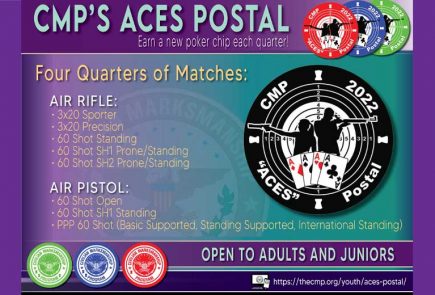 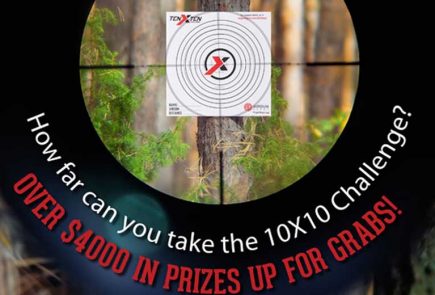 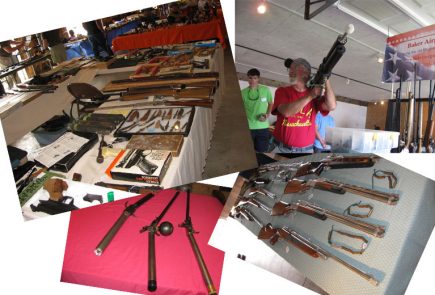