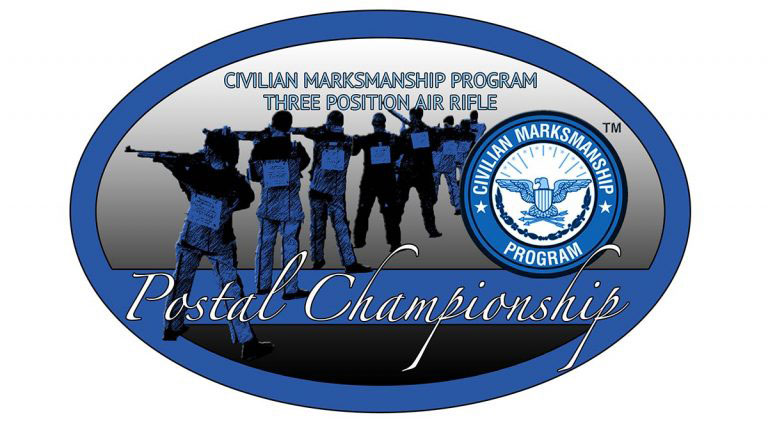 The Civilian Marksmanship Program’s 2018-19 CMP 3P Air Rifle Postal Championship will officially open for registration on Nov. 1, 2018, for any junior air rifle marksman involved in 4-H, Scouts, American Legion, club or JROTC air rifle programs. The competition is designed for those interested in testing their three-position competition skills against some of the top juniors in the country, while firing from the convenience of their home ranges.

Registered athletes will receive CMP competition targets by mail to record shots at each of the three positions: prone, standing and kneeling. Targets are then submitted back to CMP headquarters for official scoring by staff members. Final postal scores will be available for viewing through CMP’s Competition Tracker system (https://ct.thecmp.org/app/v1/index.php).

To reward the hard work of dedicated junior athletes and coaches, the CMP administers monetary awards towards teams who qualify for the Regional and National events. A scholarship check for $1,000 is also available for each of the Top 3 highest-scoring senior athletes in both the sporter and precision classes at the National competition.

Juniors in the CMP Postal Competition fire record shots on CMP Targets at their home ranges then mail them in for official scoring.

The CMP sponsors a nation wide three position air rifle postal (mail-in or correspondence) competition for all junior programs including all JROTC, 4H, Boy Scouts, and junior clubs. The top shooters in these matches will qualify for the 2018-19 CMP 3P Air Rifle Regional Championships. This is a 3×10 match and the cost of this postal will be $5.00 per competitor.

Each state’s team winners in Sporter and Precision, as well as the top individual, will qualify to participate in one of the CMP Regional Championships.

Athletes are encouraged to compete in both the postal and state matches.

This match will consist of a practice, check-in and equipment control day followed by two days of 3×20 matches. A final will be held on the last day for the top 8 individuals in sporter and precision.

Regional Championships will be held in Anniston, Alabama; Camp Perry, Ohio; and Sandy, Utah during March and April, 2019.

This match will consist of one 3×20 with finals for the top eight shooters in sporter and precision.

The National Championships will be held at Camp Perry, Ohio, in June and July 2019.

For registration and more information on the CMP Postal Competition, visit http://thecmp.org/air/three-position-national-postal-competition/.