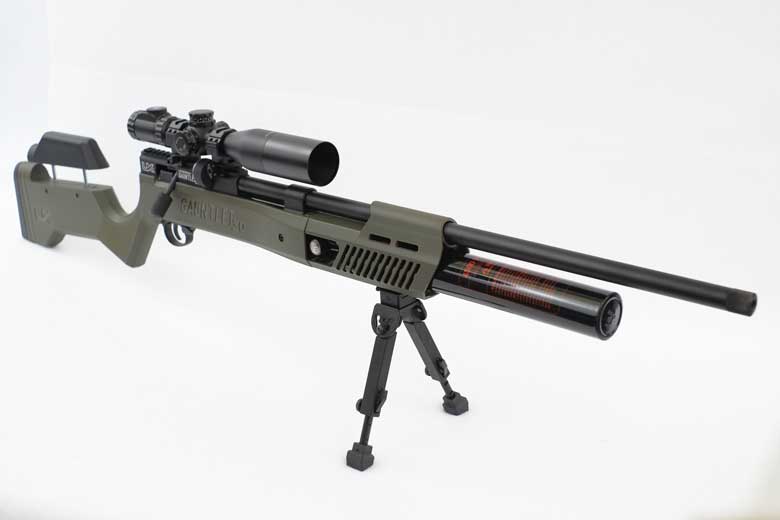 The .30 caliber Gauntlet was launched at the 2022 SHOT Show in Las Vegas. As with the original Gauntlet, Umarex aims to re-write the price/performance rules for PCP air rifles.

This time, the .30 caliber model is selling at a Street Price of just $479.99. That’s an amazingly low price for a .30 caliber airgun with a claimed Muzzle Energy of 100 Ft/Lbs and up to 25 consistent shots per fill! 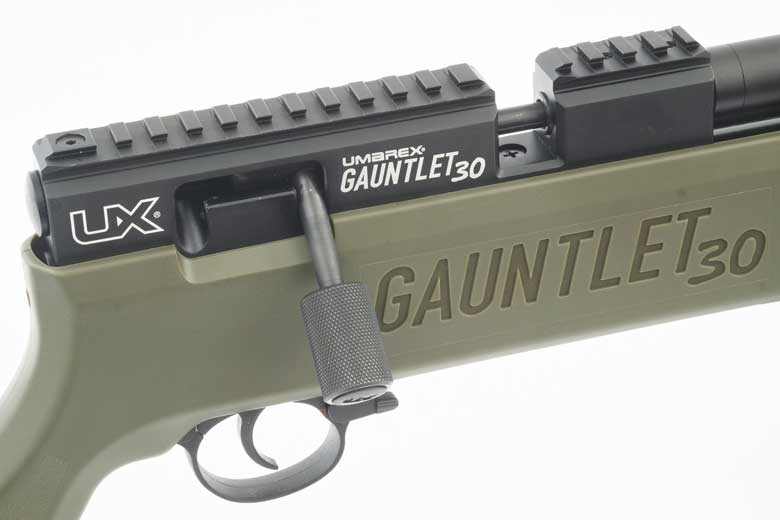 Overall, the Gauntlet 30 is based on the new Gauntlet 2 and looks very similar to that model. However there are some differences, as we’ll see in this story.

Surprisingly, perhaps, the Gauntlet 30 is longer and heavier than the Gauntlet 2. The sample here weighed-in at 9 Lbs 3 Oz for the “bare” gun (no scope or accessories) and has a length of 47.5 Inches. A .22 caliber Gauntlet 2 here at the HAM offices weighs 8 Lbs 8 Oz and is 46.9 Inches long.

So this is a long, heavy air rifle that likely will mostly be shot from a bipod. We added a UTG Picatinny rail Adapter to a M-LOK slot in the underside of the forend. 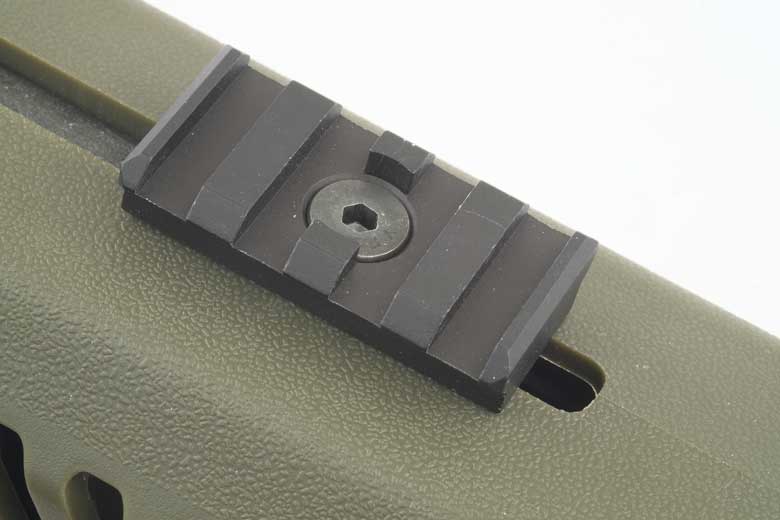 Then we added a UTG Rubber Armored QD Bipod to that. 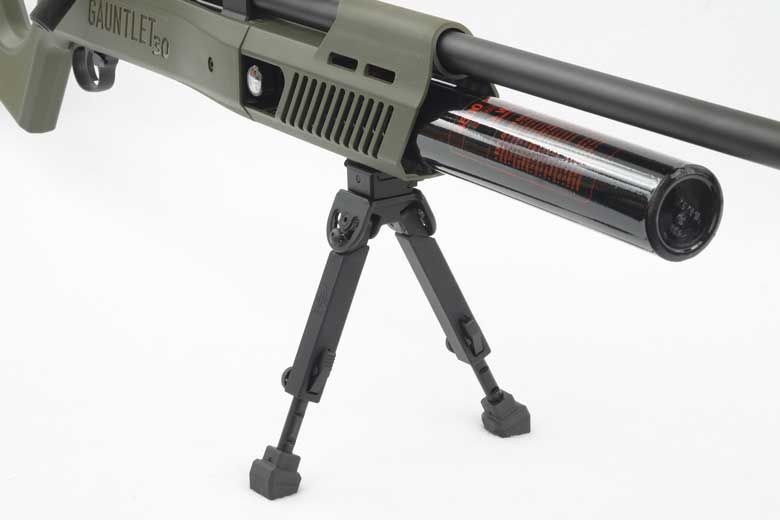 Then we mounted a UTG 4-16 x 44 OP3 Scope to the breech, using the rings bundled with the scope. 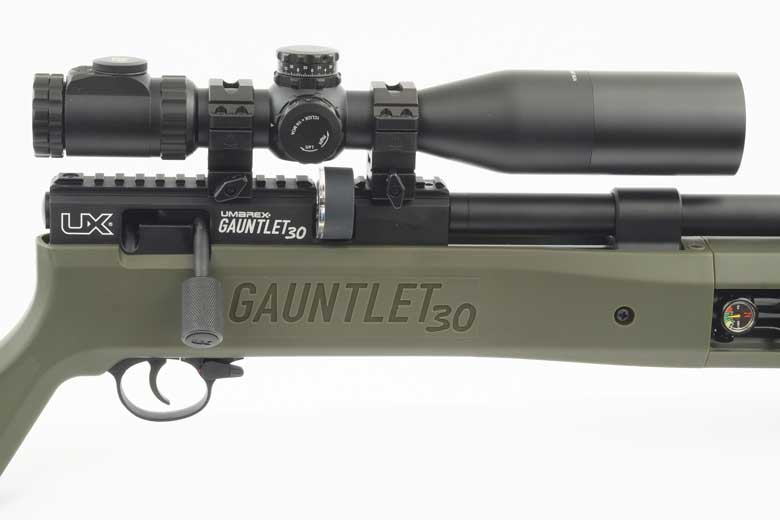 The Umarex Gauntlet 30 PCP air rifle is supplied with two, 7-shot rotary magazines and one single-shot tray. Interestingly, the depth of the magazine is the same as for the .25 caliber Gauntlet, however JSB .30 caliber pellets and KnockOut slugs fitted without problems. 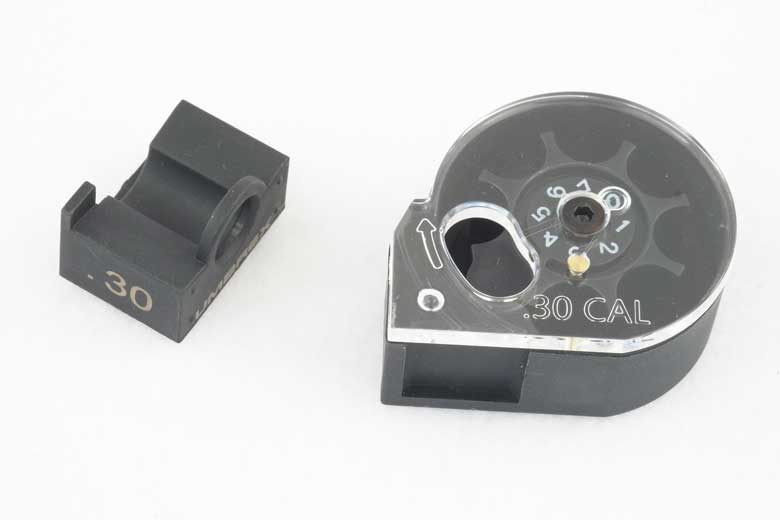 As part of the power increase required for the Gauntlet 30, the HPA tank – although the same capacity as that fitted to the Gauntlet 2 – is now supplied with a regulator set to 2,800 PSI. (This is a huge climb from the 1,100 PSI regulator pressure used on the original .177 and .22 caliber Gauntlet “1” models).

The bottle on the sample received by HAM also has a pressure gauge with a much-improved, colored, face plate. As with the Gauntlet 2, the maximum fill pressure is 4,500 PSI. 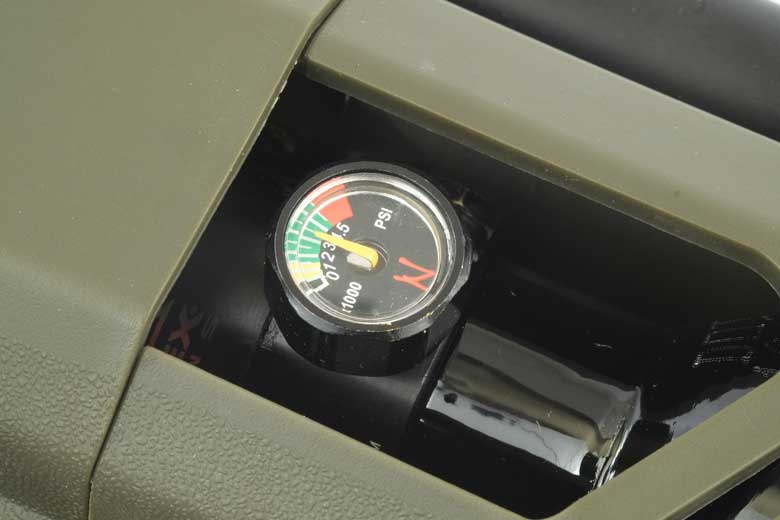 Of course the Umarex Gauntlet 30 PCP air rifle has a shrouded barrel. But this gun is LOUD!!!

So, the barrel now has a threaded muzzle. Normally covered by a thread protector, this can be removed and replaced by a dedicated airgun silencer. That will cut down the bark somewhat, but it will make the gun even longer… 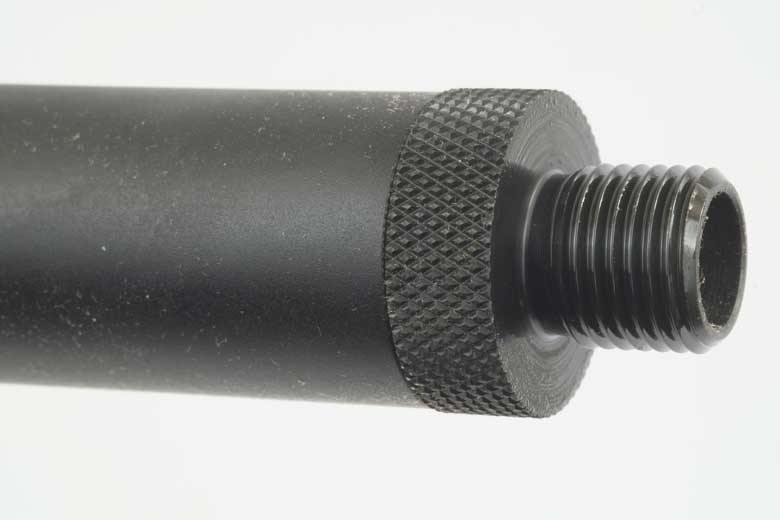 Another improvement compared to the Gauntlet 2 is that there’s now an adjustable hammer spring tension capability. This is accessed by using an Allen (hex) wrench through the aperture in the rear of the stock. I’m guessing that everyone will be cranking that in for even more power – whatever the result for air consumption! 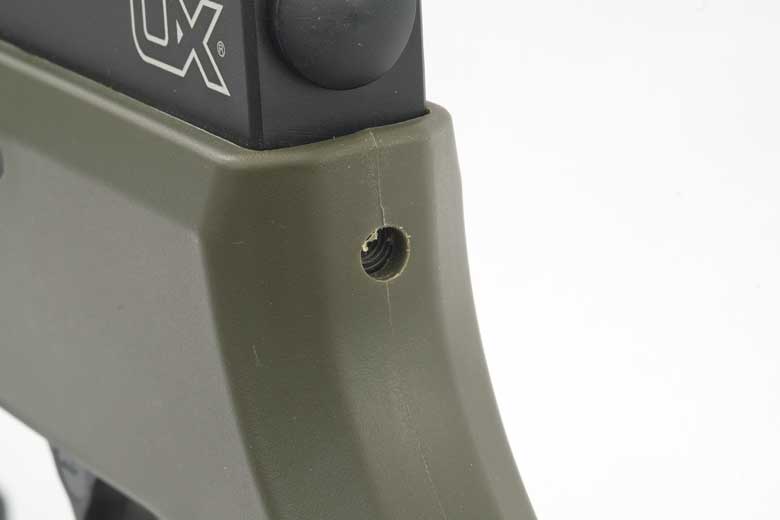 A further change is that the previous degassing system using a key through the side of the stock is now replaced by a degassing screw in the underside of the action. The keyhole remains in the stock side, but it’s now filled with a plug. 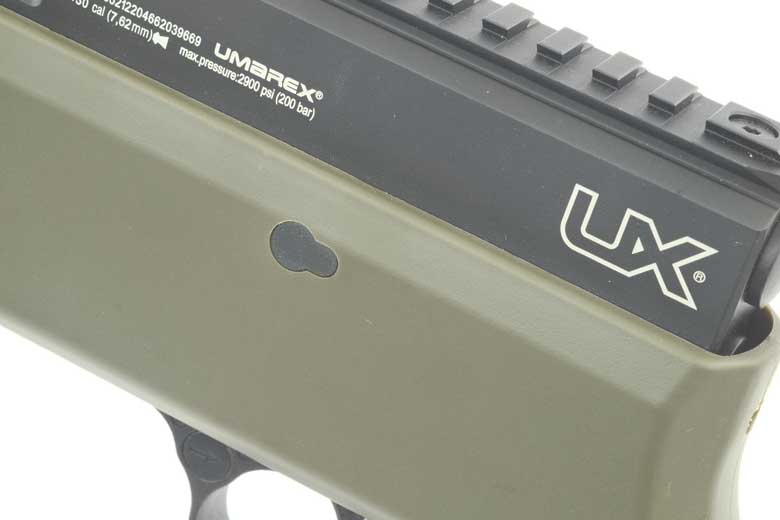 Pyramyd Air is already accepting pre-orders for the Umarex Gauntlet 30. They show an estimated availability date of June 6, 2022. You’ll find this .30 cal version in a drop-down from Pyramyd’s regular Gauntlet 2 page.