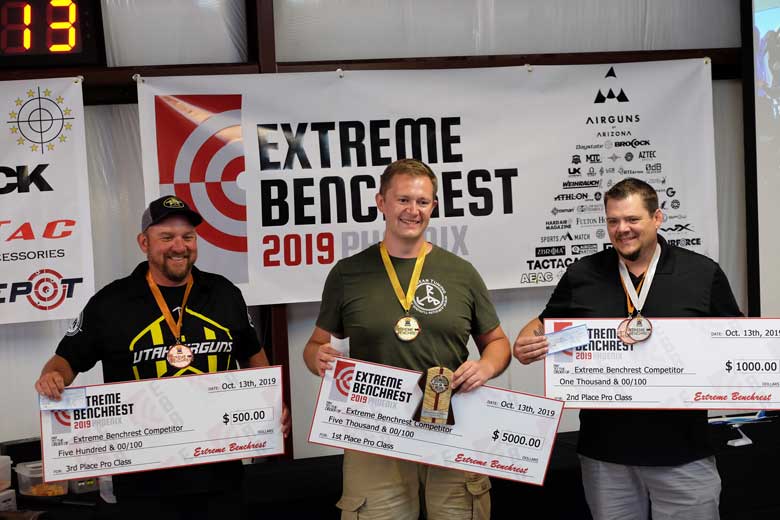 The headline 100 Yard Extreme Benchrest Professional competition winners are shown in our photograph above. In first place was Nikolay Boldov (center) from Moscow, Russia. Congratulations Nikolay!!! He scored 225 4X to win $5,000.00, a trip to the Daystate factory in England and his choice of air rifle from any of their products. WOW!

(Check out Nikolay’s RusBear YouTube Channel for details of his airguns and EBR 2019 coverage in Russian!) 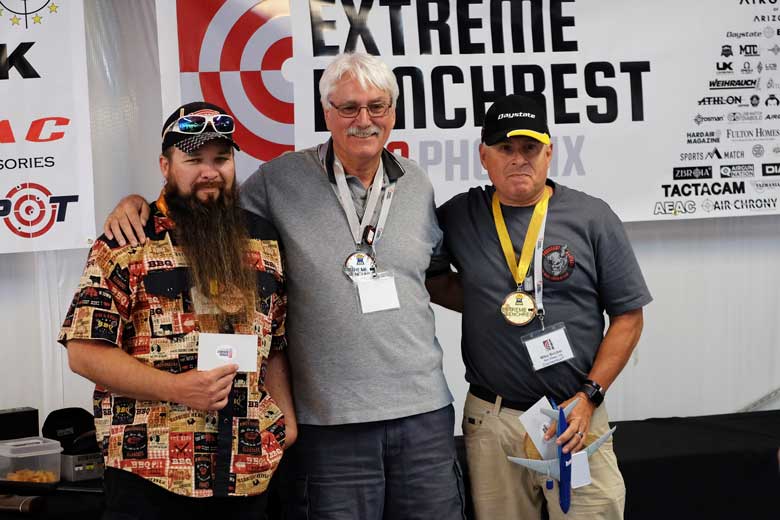 Mike won a $1,000 gift certificate from Airguns of Arizona, together with a trip to the Daystate factory and his choice of air rifle. 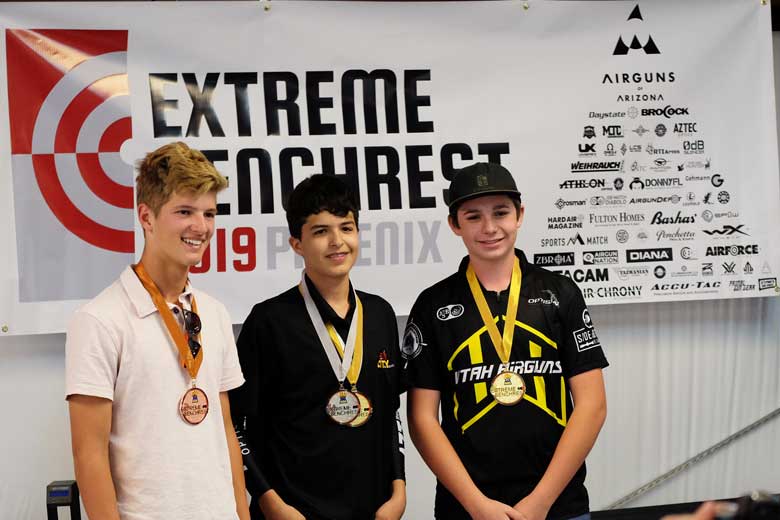 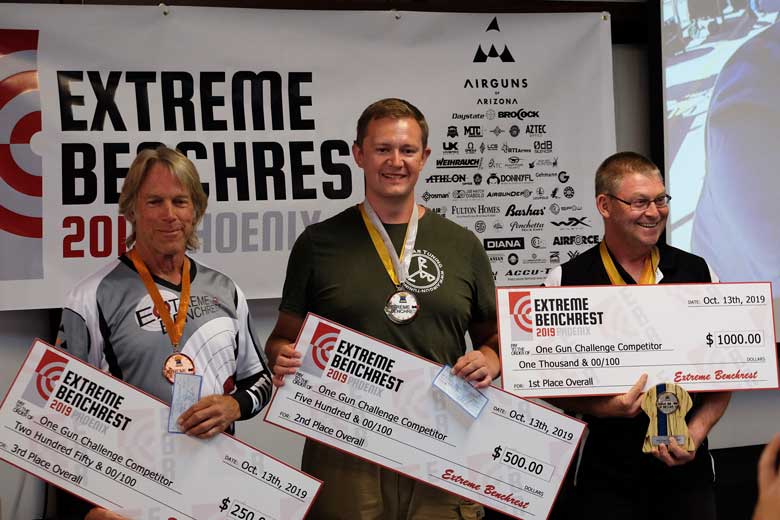 The “One Gun Challenge” at EBR 2019 rewarded those competitors who used just one rifle for all the appropriate competitions. In first place was Allen Scoles (right) with a total score of 717.2. Alan had traveled all the way from Australia to participate in the competition and was shooting a borrowed Daystate Red Wolf. Well done Alan!

Second was Nikolay Boldov with 715.2 and third (left) was Bobby Corcorran who scored 707.8.

A highlight of Extreme Benchrest 2019 was the Speed Silhouette competition… 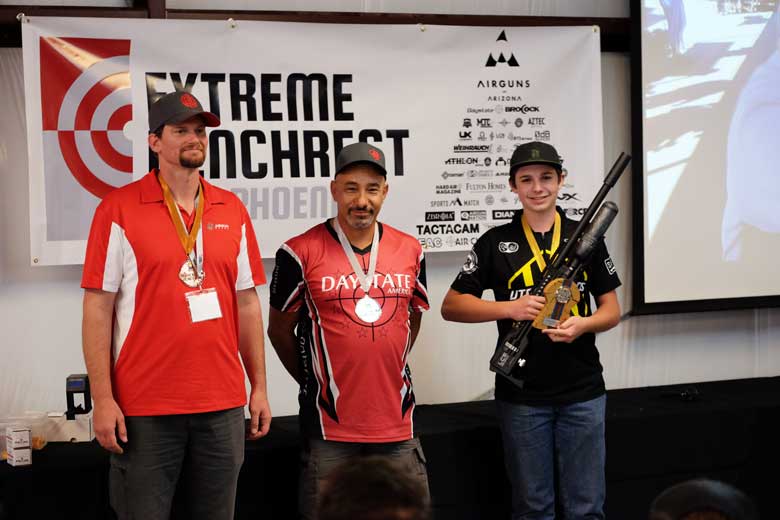 In the Open – that means “anything goes” class, Alex Hatfield – amazingly still a Junior! – won with a time of 22.05 seconds. That’s Alex on the right, holding the LCS Air Arms SK19 air rifle that he won for this achievement.

Second was John Bagakis (center) who cleared the course in 23.11 seconds. Travis Patten from Airgun Depot placed third with a time of 31.58 seconds. 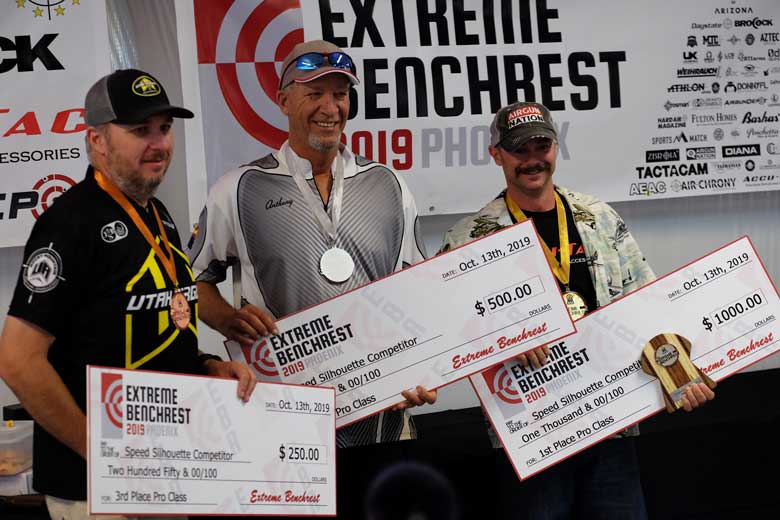 The Speed Silhouette Pro Class was won by Tom Adams (right) in 49.55 seconds. Second was Anthony Turchetta in a time of 58.98 seconds. Todd Hatfield (Alex’s Father) was third in a time of 60.94 seconds.

The Pro Class was the scene of high drama as Tom Adams fought tooth and nail with Sebastian Lopez. In fact, Tom’s time was shorter than Sebastian’s by just 1/100th of a second! But Sebastian knocked his timing box off of the bench and was not able to confirm that he had finished. So he was unplaced. Aaaaggghhhhh!

In spite of his youth – he’s still a Junior – Sebastian took it in his stride. But in a display of the utmost generosity, Tom offered to share half of his $1,000.00 winner’s prize with Sebastian. In a reciprocal display of maturity, Sebastian graciously declined Tom’s offer. He felt that it was his fault that the timer fell from the bench and he should accept responsibility for that.

Well done to both shooters! That’s a wonderful example of the great people who attended EBR 2019 🙂 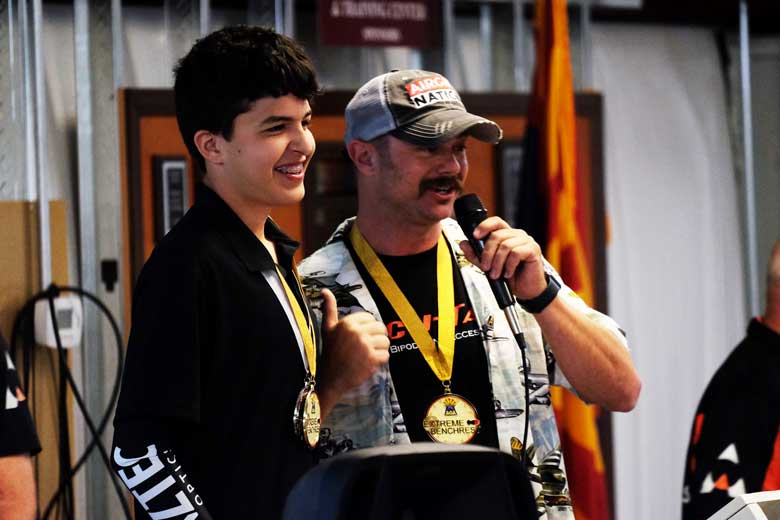 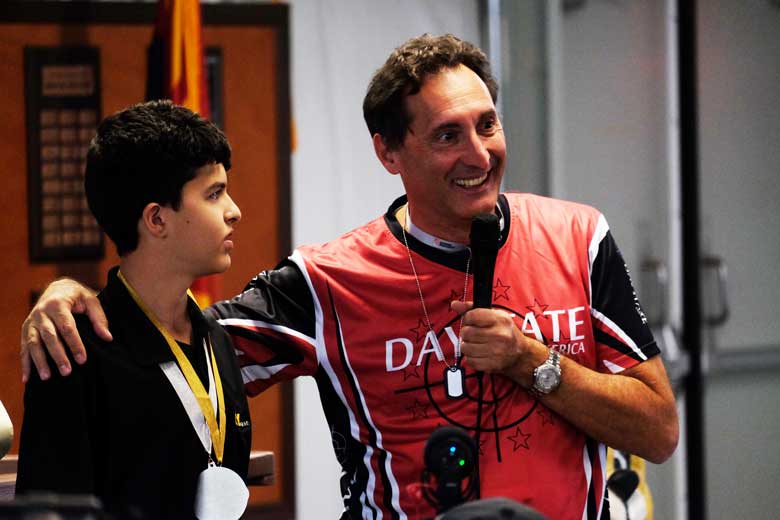 In the Sportsman Class Speed Silhouette competition, Mike Bricker placed first with a time of 1.21 seconds. That’s Mike on the right below. Second place was taken by Chuck Misenheimer (center) in 74.87 seconds. Dave Corder was third in a time of 92.43 seconds. 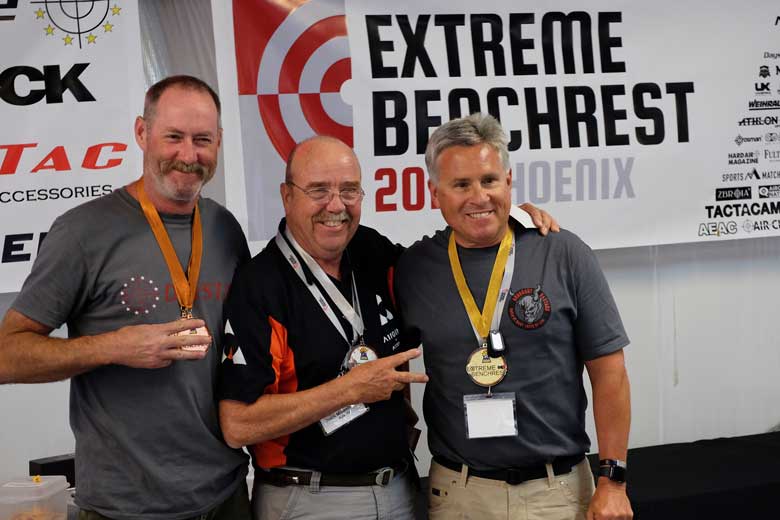 In the 50 Yard Benchrest Unlimited Class, Francisco Eizayaga from Spain placed first with a score of 670 10X. Francisco is seen on the right in our photograph below. 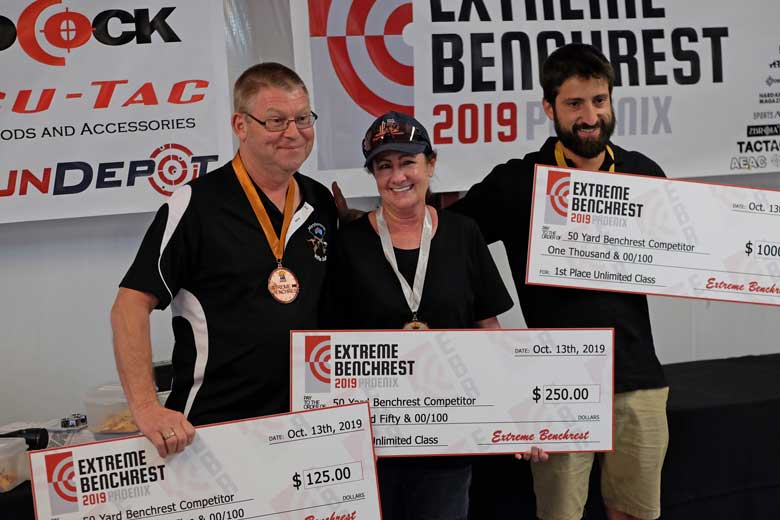 Tony Starr won the 50 Yard Benchrest Springer Competition with a score of 450. Jim Florence was second with 372 point, while David Read placed third with a score of 348 points.

Congratulations to all of the winners!

Although EBR 2019 is now over, Hard Air Magazine will be bringing you more stories and photographs about this event over the next few days. Close to 180 shooters took part and I can confirm that they all had an outstanding time…