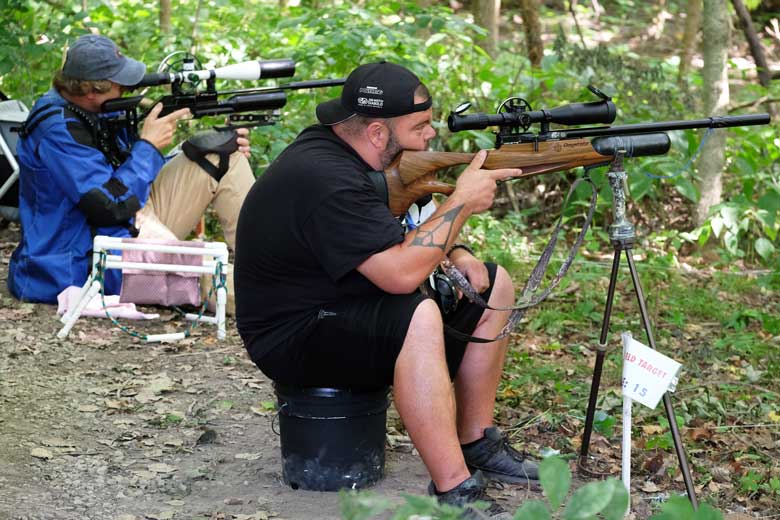 There was so much to see at the 2019 Pyramyd Air Cup! So here’s a set of Field Target photos from the event…

Manolo Gonzalez had traveled from Puerto Rico with some of his buddies to shoot in the PA Cup. He was shooting in the Open PCP class with his own very interesting air rifle. 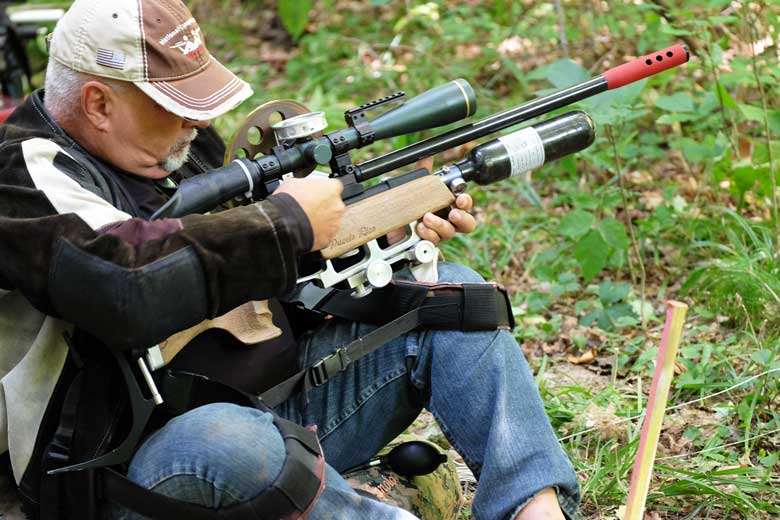 Although there was no official Crosman Team at the Cup, the next two Field Target photos show Crosman – now Velocity Outdoor – employees who competed on their own time and cost for the love of the sport!

First we see Crosman Shooting Services Manager Mark DeBoard ranging for a shot with his Marauder. 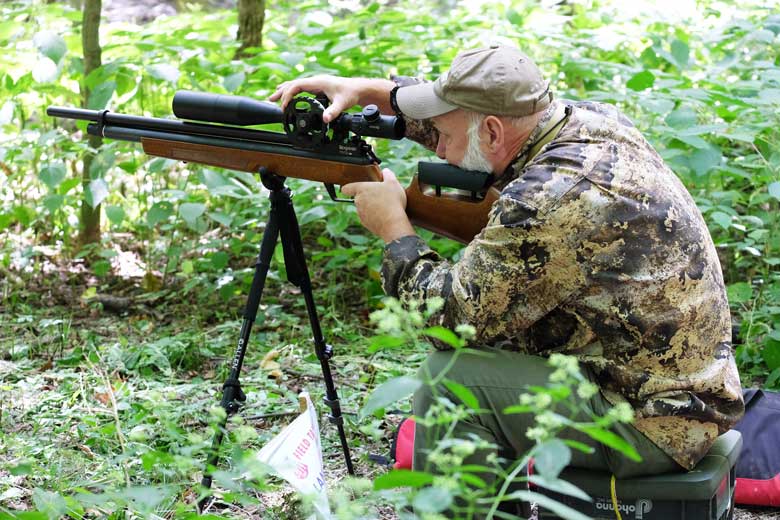 Then Shawn Pragel is seen shooting his very unusual Marauder. That’s right, it has a cut-down HPA tube fitted with a separate regulated air tank. That’s one we’ve not seen in the company’s product catalog. (Yet?). 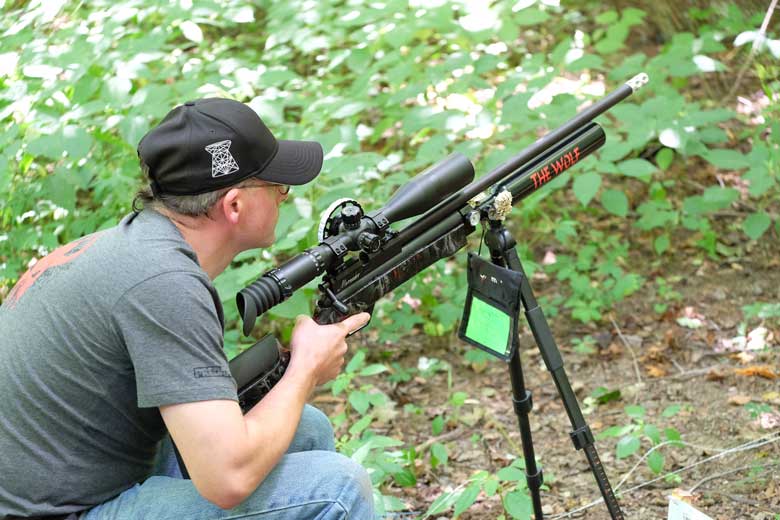 Leapers always supports the Pyramyd Air Cup with a booth. The Leapers staff always shoot, too. Below we see Ming Qian from the company shooting Hunter Piston with his HW97K. 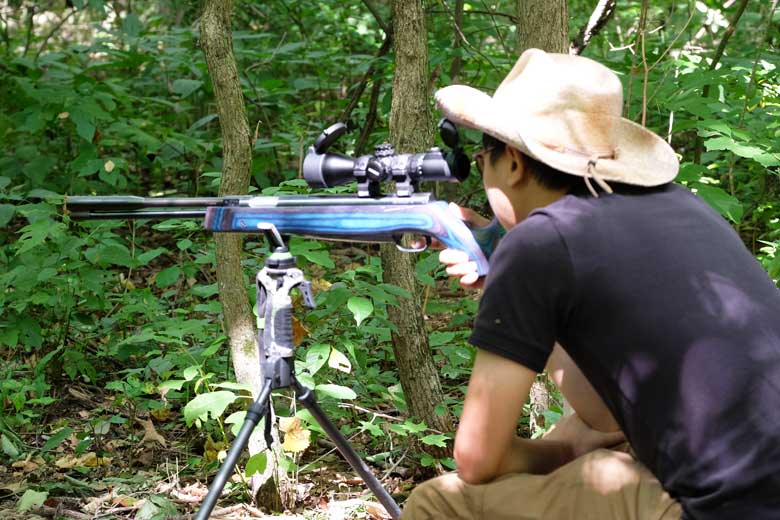 Another enthusiastic competitor who works in the airgun industry is Travis Patten. Yes, that’s Travis from Airgun Depot. Here he is shooting Hunter PCP with a FX Dreamline mounted in an aftermarket chassis. 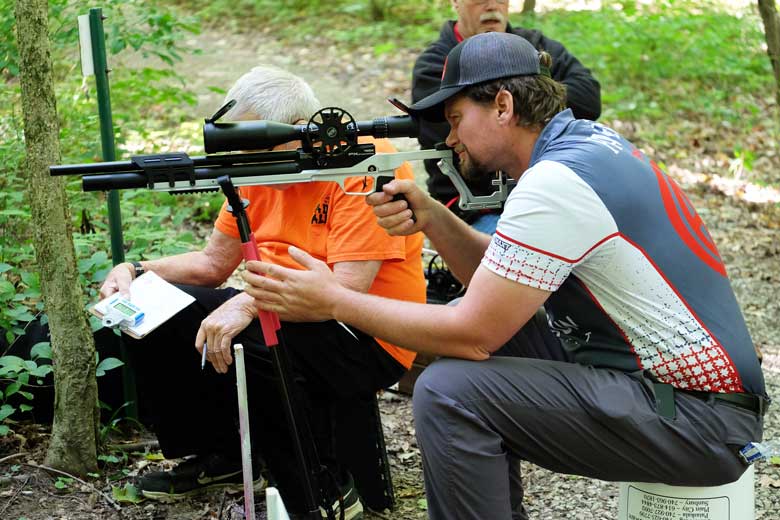 Dave Hitchcock was campaigning in the Hunter PCP class with his Daystate Red Wolf. But look at that pink “flower” hung from the scope. This actually was a very innovative pellet holder… 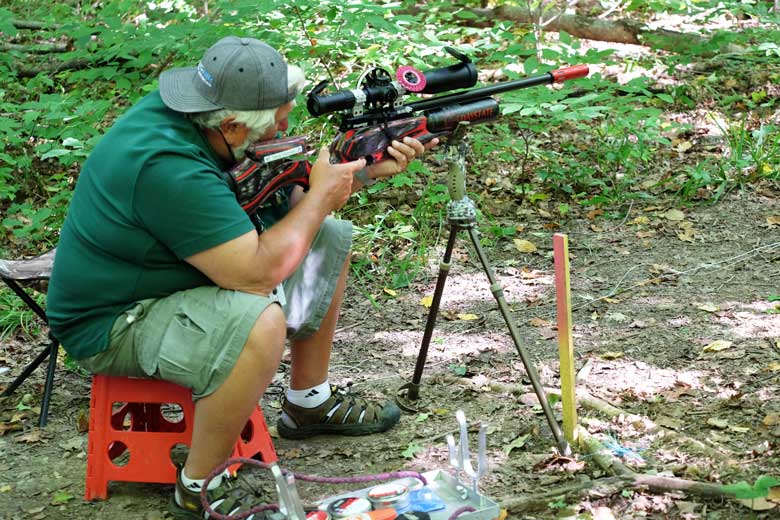 … and below here’s another one in yellow. It’s certainly a very novel and effective way to hold pellets if you’re single-shot loading during a match. Sadly I was not able to discover who is making and selling this great accessory. 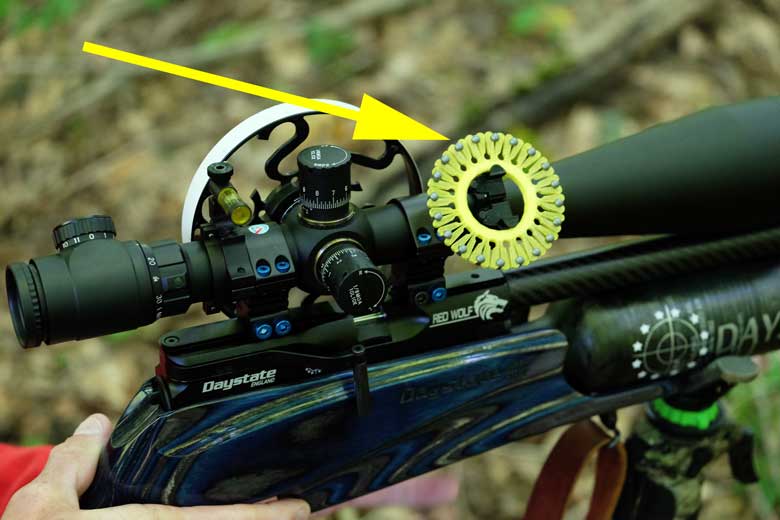 The whole FT woods course was ideal for meeting friends and chatting as well as shooting. It’s a very laid-back environment that provided a lot of enjoyment for all the competitors. 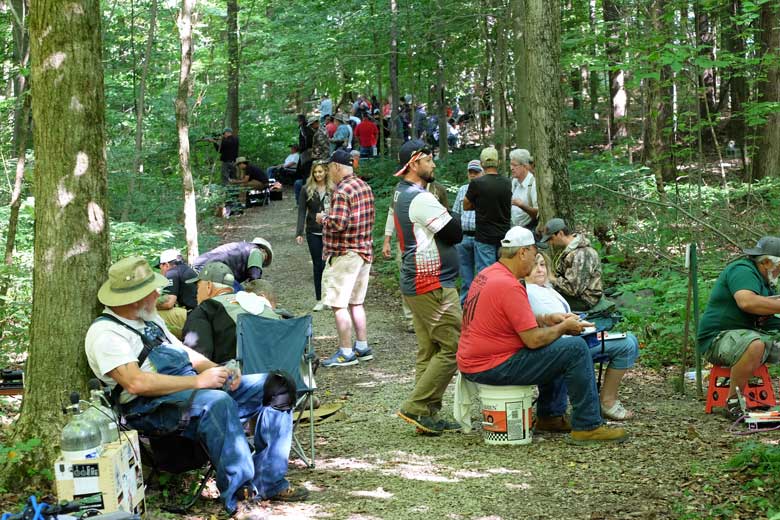 JSB distributor Predator International had run a promotion on their Facebook page in advance of the competition. It was a raffle in which two entrants were drawn at random. The prize was that their PA Cup entry fees were paid, they received some JSB swag and a supply of pellets. That was worth winning!

The lucky winners were Cody Schenk (left) and Shawn Pragel (right) in our photograph below. The man in the middle is Dick Dixon, one of the principals of Predator International. Thanks Dick! 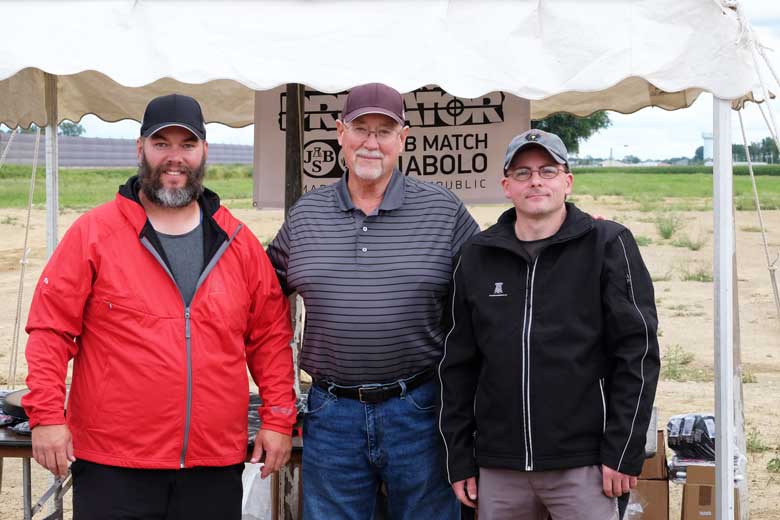