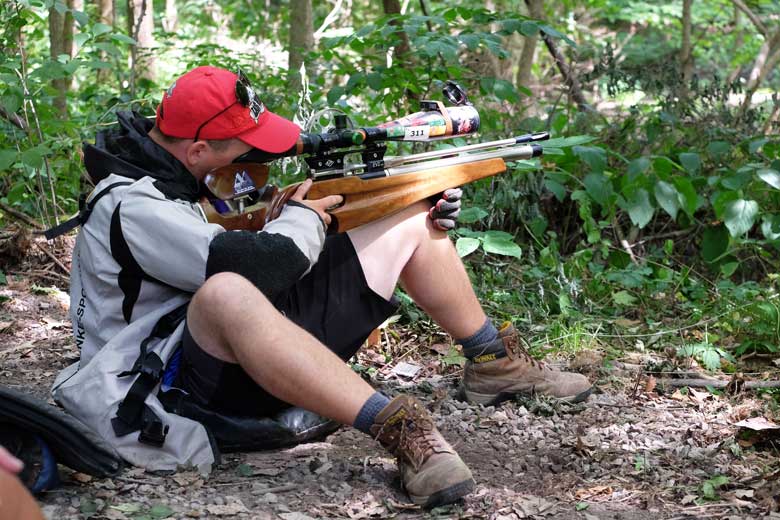 The 2019 Pyramyd Air Cup is now over. The FT competition ran over two days, August 24 and 25th. There was much great shooting on a beautiful course. Everyone I spoke to was having a great time! So let’s look at the Field Target prizewinners…

The highest overall score of 117 was achieved by Welshman Jack Harris, a member of the visiting Air Arms team. He was competing in the WFTF PCP category. That’s also Jack shooting in our heading photograph above. 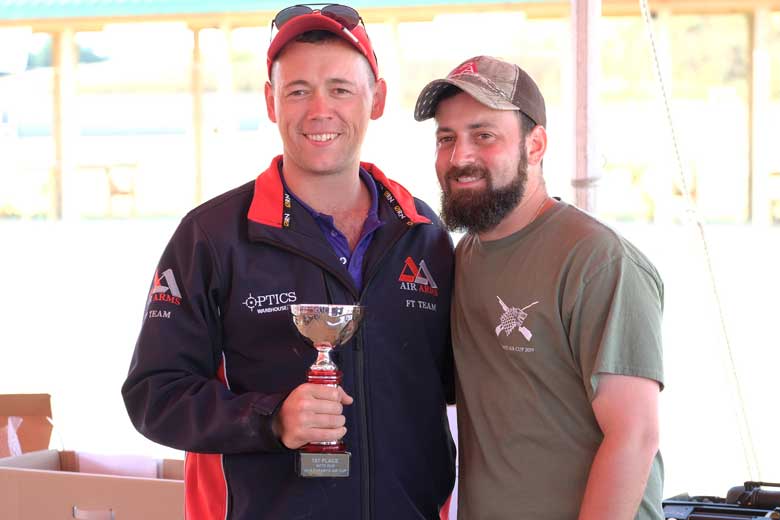 Above, Jack received his cup from Tyler Patner of Pyramyd Air. He chose an Ataman B17 as his prize and certainly looked very please with it! 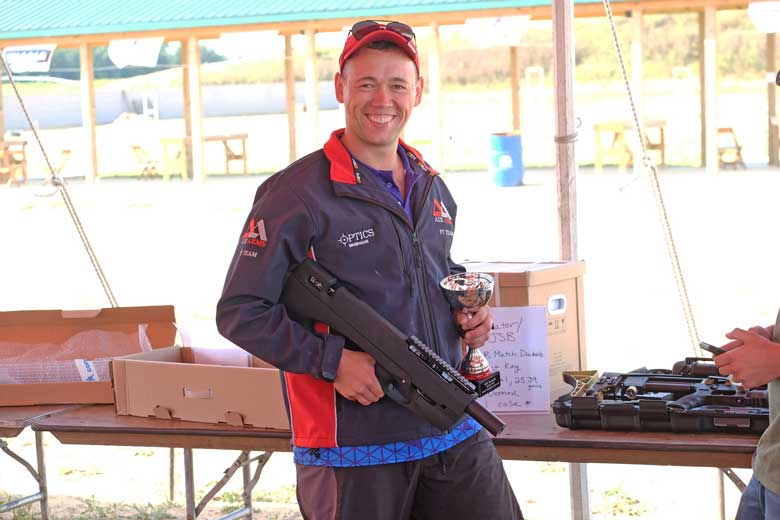 The other Field Target prizewinners in the WFTF PCP category were:

Second place, Will Piatt with a score of 113. Jeff Paddock was third with 111.

In the Hunter PCP class, Bill Rabbitt placed First with a score of 113. 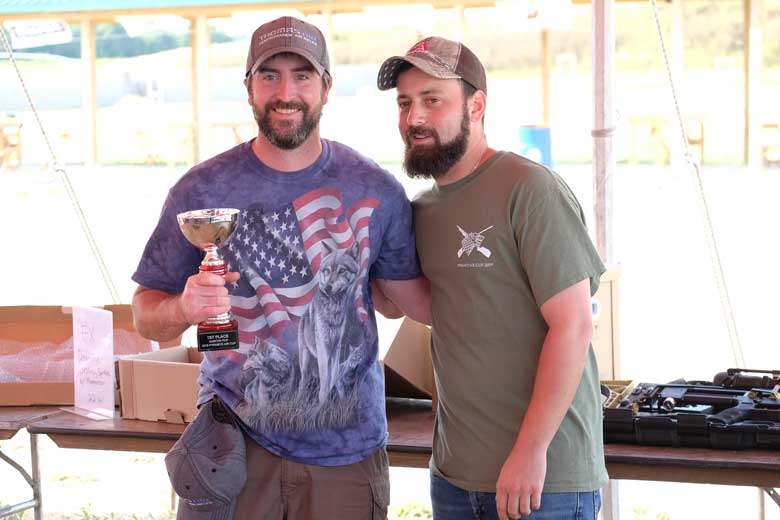 Bill chose a beautiful Air Arms FTP900 as his prize… 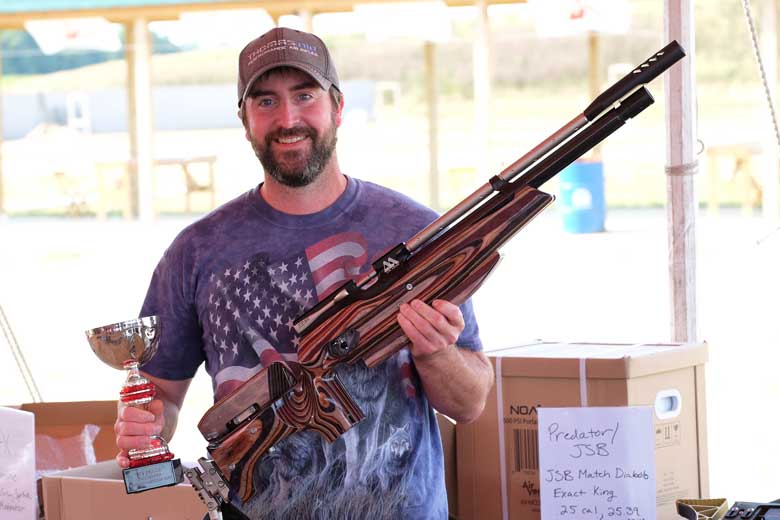 Dennis Himes finished Second with a score of 109 in the HFT PCP category. That’s Dennis in action below… 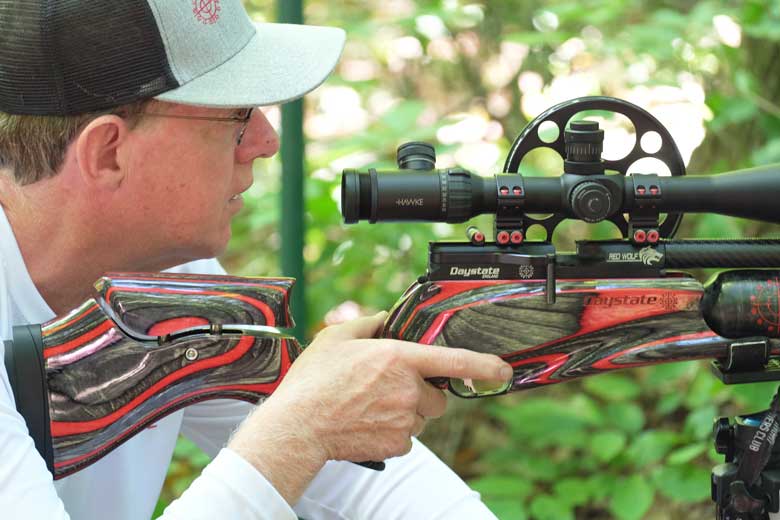 Jim Cyron was Third with a score of 103.

Gary Palinkas won the Open PCP category with a score of 105. 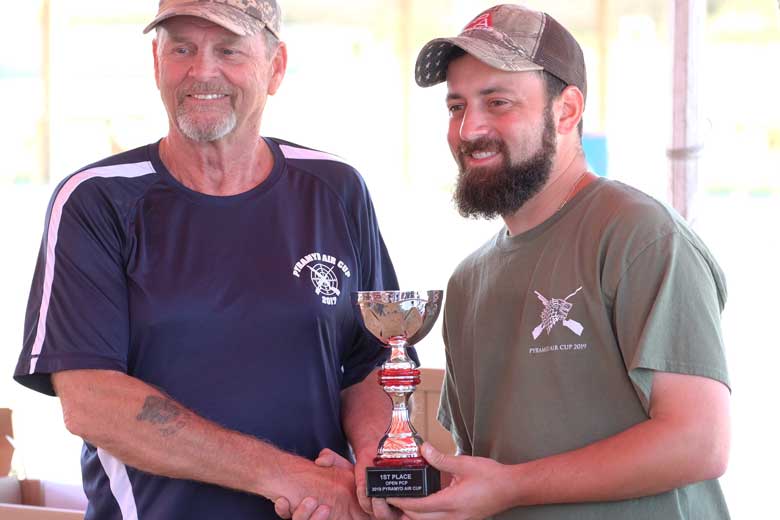 In Piston, John Fairbrother from the Air Arms team led the pack with a score of 108. 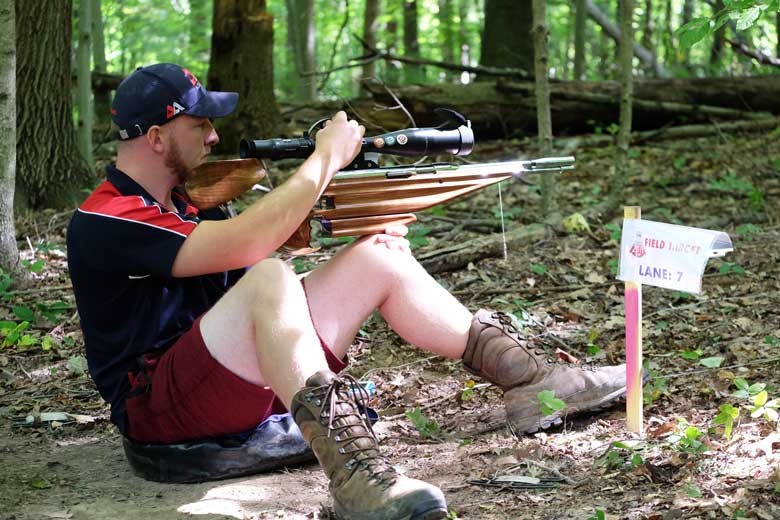 John was competing in the WFTF Piston category. Below, we see him being presented with his prize by Tyler Patner. 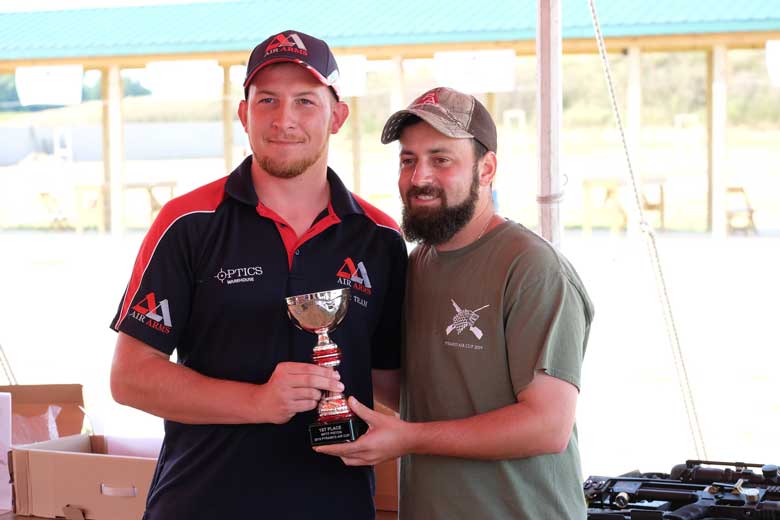 The second-highest score in WFTF Piston was 97 by Ray Apelles. Third was Hector Medina with 92.

Dan Putz claimed First Place with his score of 93. He was pleased with his cup and even more pleased as he was the first winner to choose from the Prize Table. He picked-up the beautiful customized FX Impact air rifle, as we see below. 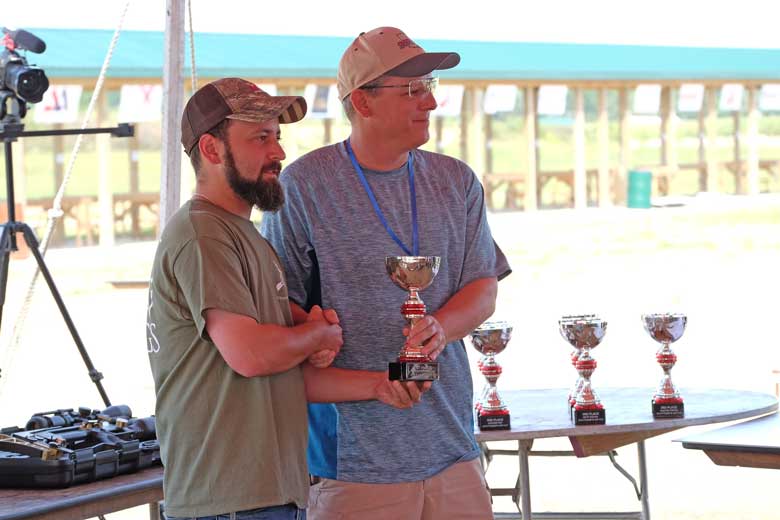 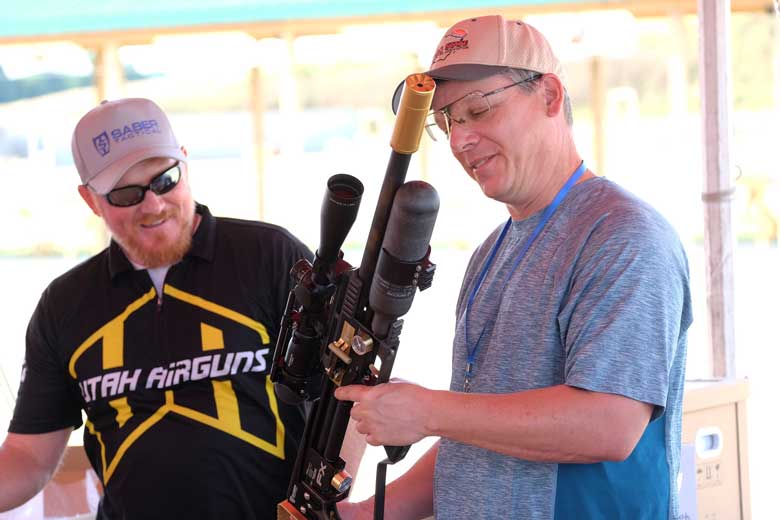 There will be more coverage of the Field Target competition in HAM tomorrow!