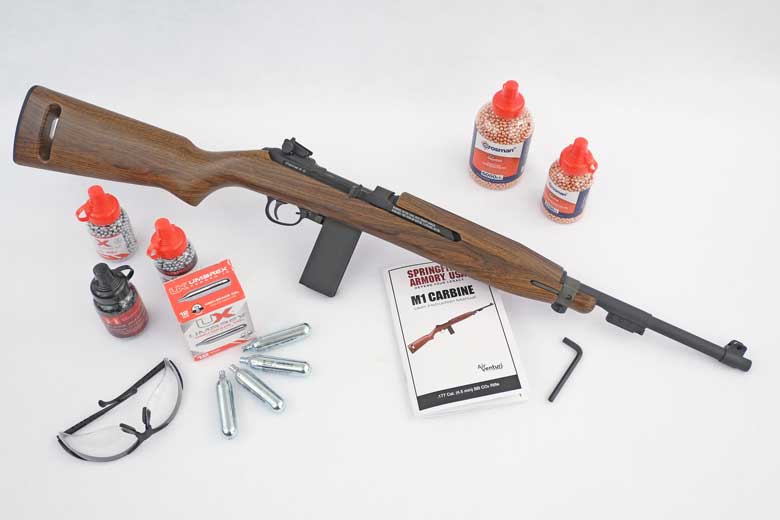 The Springfield Armory M1 Carbine BB Gun was first shown publicly at the 2019 SHOT Show. HAM reported on this exciting new product at that time.

Now one has appeared in the HAM offices. We’re impressed by how the product has turned-out!

And there’s no question that Air Venturi has pulled-out all the stops to make a quality product!

First impressions count. So when we find the Springfield Armory M1 Carbine BB Gun packaged in a high quality box with outstanding internal packaging, it sets a high standard for the product itself.

Our second impression was: “Wow the magazine’s heavy!” In fact it weighs over a Pound – a large proportion of the gun’s total weight. Snapped in place, the complete M1 carbine looks good and feels good too. 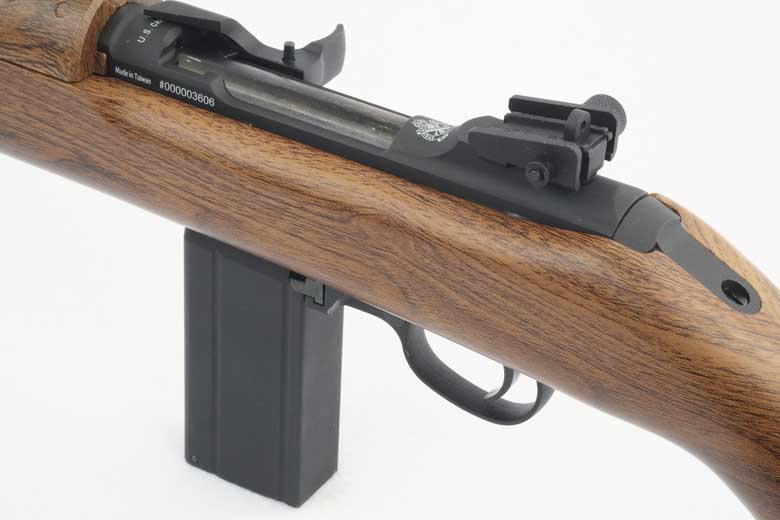 As with many synthetic stocks emerging on BB guns from Taiwan now, the wood effect is absolutely outstanding! It really does look like “real tree wood” at any normal viewing distance…

If you want a genuine wood stock, Air Venturi has this available too. It costs more, as you would expect. However the HAM Team feels that most owners will be very happy with the synthetic stock version. 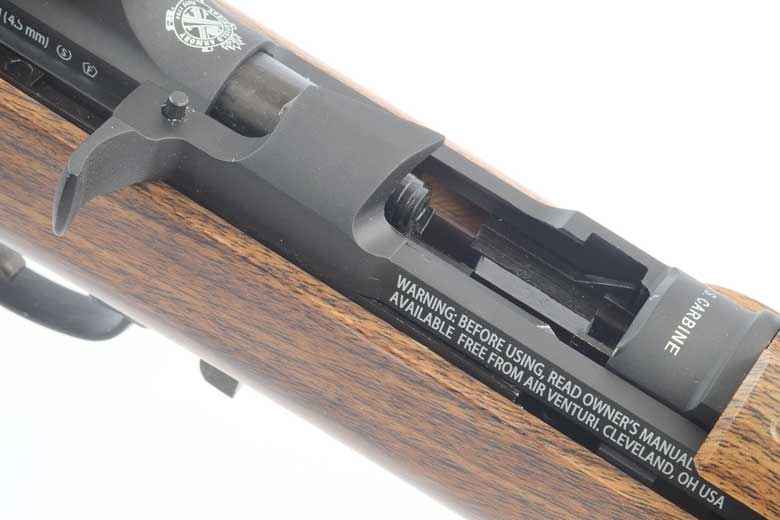 Basic operation is identical to the M1 Carbine firearm. First load and install the magazine. Then rack the charging handle. Move the safety from “S” to “F” and you’re ready to shoot! 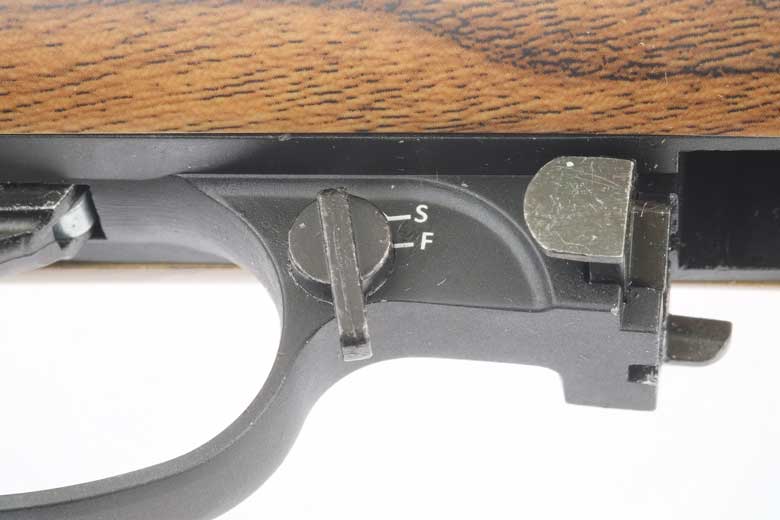 This is an open sights-only airgun. The sights certainly look realistic, although the rear sight is adjustable for windage only: not elevation. 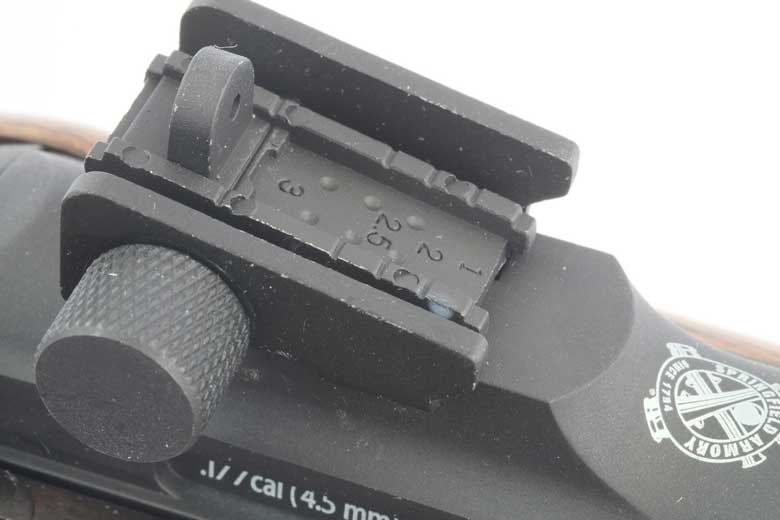 The drop-free magazine contains one 12 Gram CO2 cartridge. It’s loaded by removing the piercing screw in the base, as is common practice. Very unobtrusive!

BBs are also loaded in the magazine as well, of course. 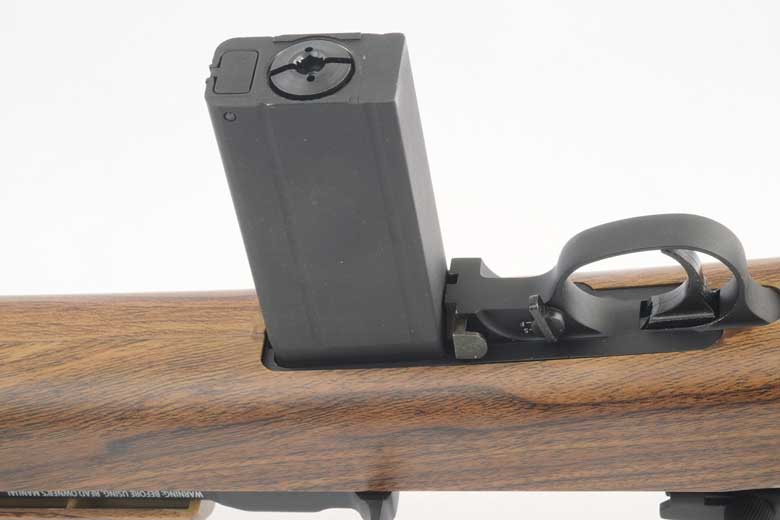 The magazine has a BB follower hold down slot. This is an obvious feature – but one which is so often omitted from other BB gun magazines. 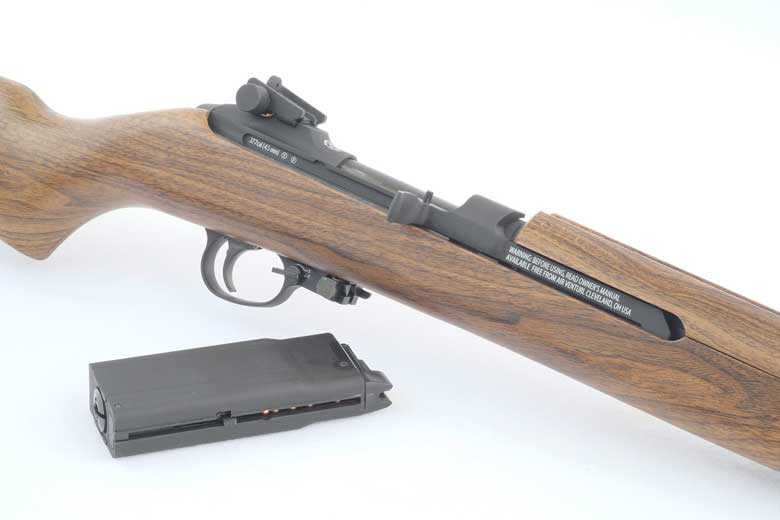 Air Venturi has gone to great lengths to ensure realism. Below we see the front stock band and sling of the Springfield Armory M1 Carbine BB Gun. That’s as realistic as you could possibly want! 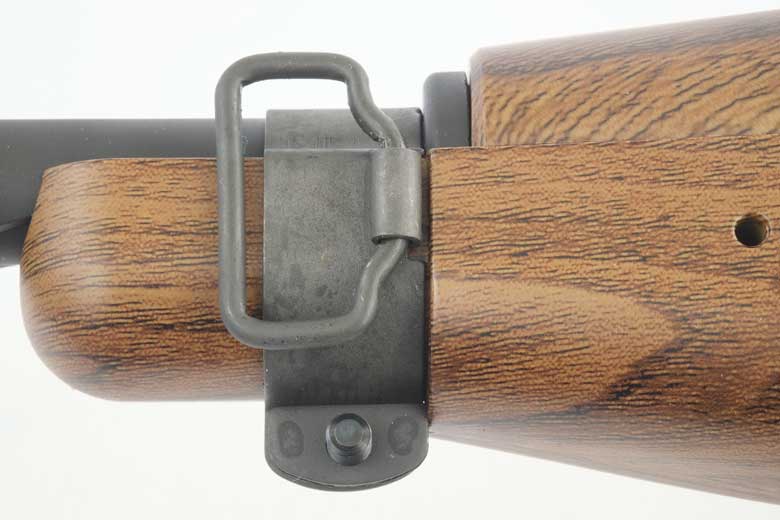 The bayonet lug is also included… 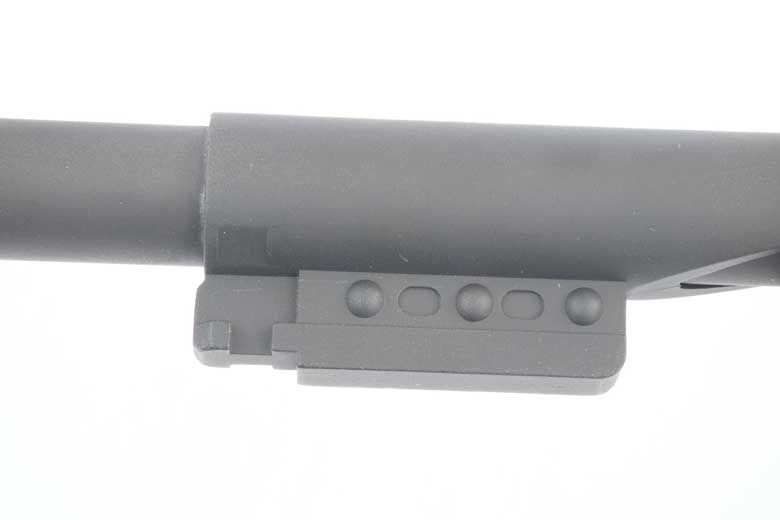 If this BB gun shoots as well as it looks, it’s clear that Air Venturi has a very popular product on its hands. Check back for the HAM test review in the near future…