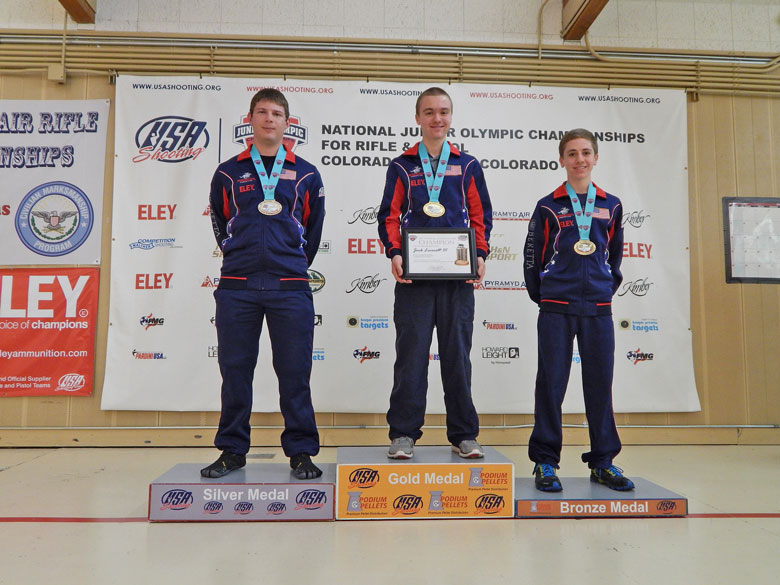 Leverett entered the Final just one point ahead of eventual silver medalist Charles Platt (Colorado Springs, Colorado). Though athletes in the Final only earned points based on placement in the Final (one point for eighth place, two for seventh and so on) to be added to their two days of Qualification, Leverett won the overall gold by two points, despite a dominating performance in a Final which he won by 4.3 points.

With their gold and silver finishes, Leverett and Platt earned themselves nominations to the USA Shooting Team for the International Shooting Sport Federation (ISSF) Junior World Championship for Rifle/Pistol in Suhl, Germany later this summer.

“It was just another match and another Final,” Leverett said nonchalantly. “I’m now excited though to go to somewhere I’ve never been before.”

Athletes invited to Colorado Springs comprise the top tier of athletes that competed in a state level events totaling 2,658 competitors.

The 2017 National Junior Olympic Shooting Championships National Junior Olympic Shooting Championships features the top 30 percent of all competitors in 2017 and will feature Invitees that either won their state championship or were selected based on a score they attained.  The competitors range in age from 10 to 20 years old, and are classified per age as J1 (ages 18-20), J2 (ages 15-17) or J3 (ages 14 and younger).