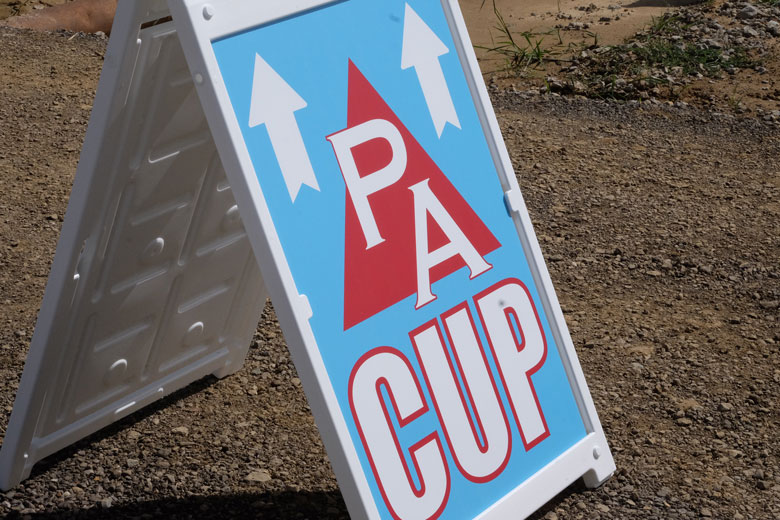 The 2019 Pyramyd Air Cup is enjoyed by all the competitors, spectators and exhibitors. But we shouldn’t overlook that it’s the result of many months of hard work by the organisers – Pyramyd Air.

Large numbers of the company’s staff are involved in running “The Cup“. However, the bulk of the organisation and logistics is organised by two people – Marketing Manager Kristen Coss and Product Manager Tyler Patner. Thanks, in particular, to them!

This year, for the sixth annual PA Cup, the location is the Cardinal Shooting Range at Marengo, Ohio. This is a huge facility. It’s so large, in fact, that getting to the different ranges requires a car – or golf carts, which were provided by the organisers. 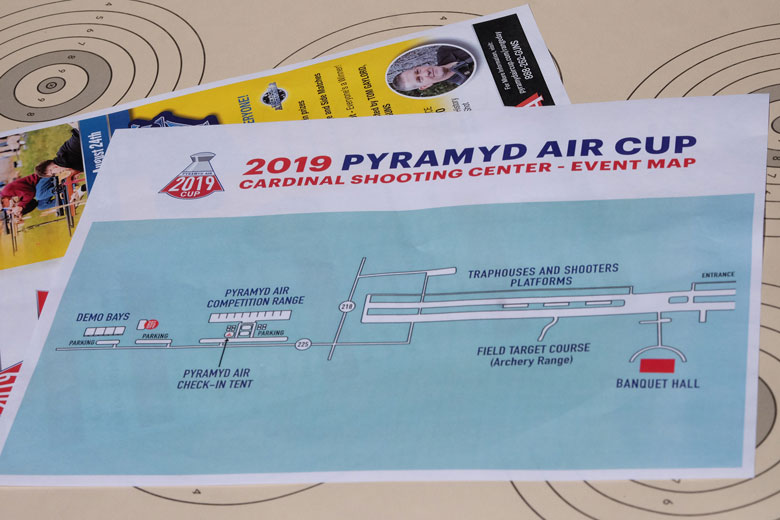 The focus of the event was the 100-Yard range. This covered range was close to Pyramyd’s check-in/logistics tent. There was also a tent “village” for the supporting trade vendors, rest seating areas etc. 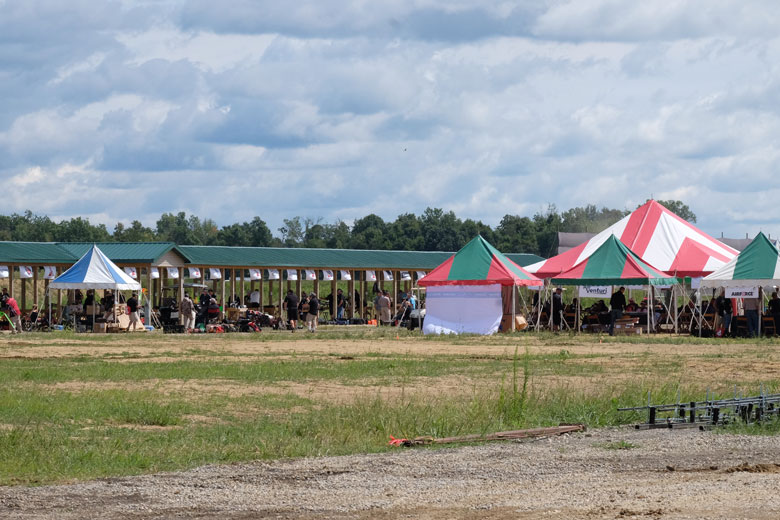 For example, the Air Venturi tent showcased a number of the company’s recent product introductions. These included the Steambow. It’s a HPA-powered crossbow.

What? Yes, a crossbow that uses High Pressure Air. But not in the way you might think…

In fact the air is used to cock the crossbow, with bolts being launched normally. 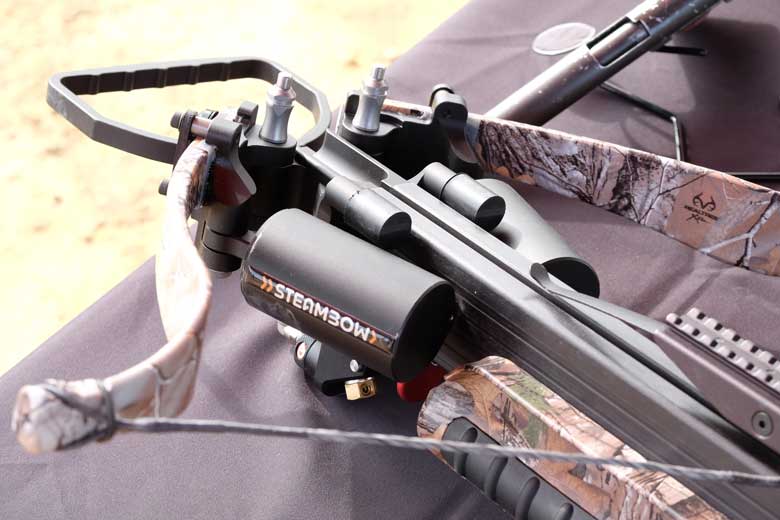 The HPA power makes it infinitaly easier to cock the crossbow, with benefits for disabled crossbow shooters and anyone who tires of cocking the unit multiple times during the day. 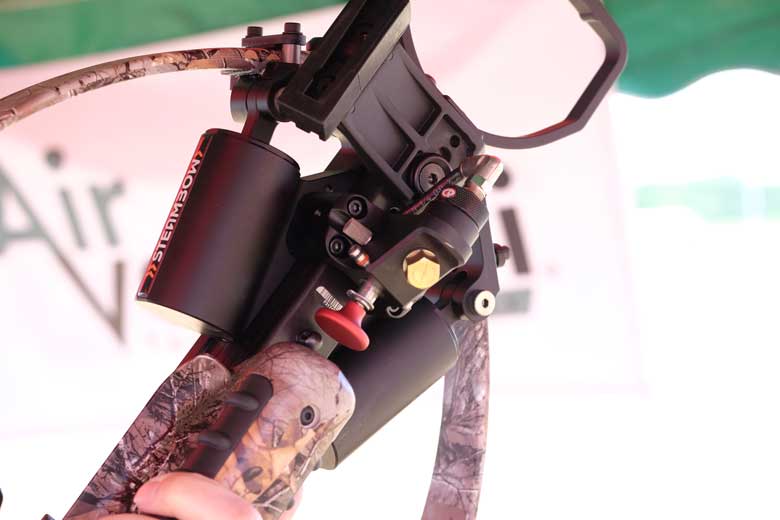 The Cardinal range has a great reputation for its facilities. These are continually being expanded and there’s lot of construction work in evidence. Some is recently completed – such as the 100-yard range – while others are obviously still in progress.

This large additional building below will be used in the 2020 Pyramyd Air Cup, for example… 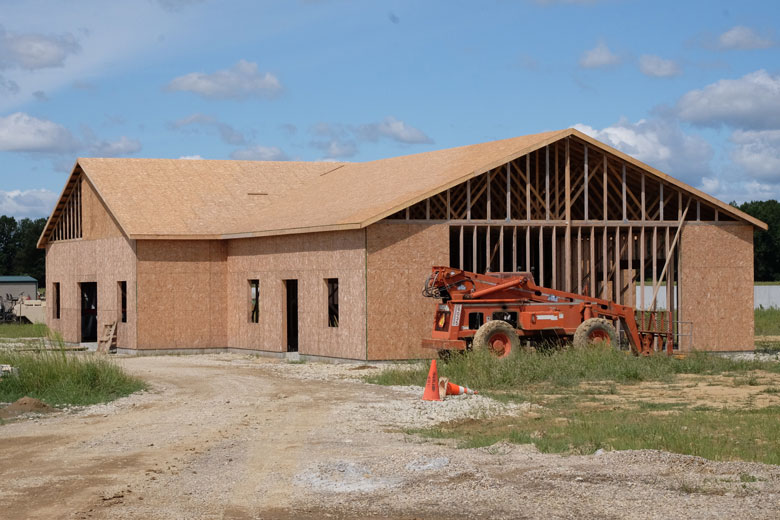 The new covered 100 Yard range and benches were well received by competitors,. These included Travis Cuppy from Airgun Source Canada, who had travelled down for the event. 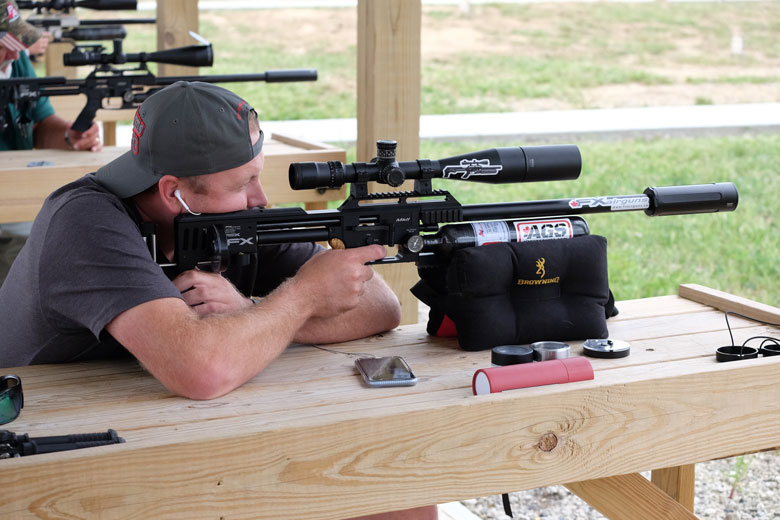 The Field Target competition was held in the Archery Range. This is a beautiful wooded range that allowed for some very creative target placement… 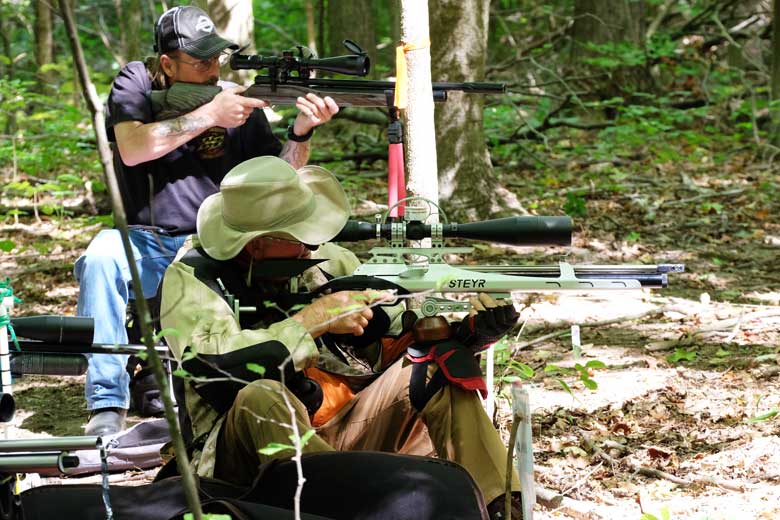 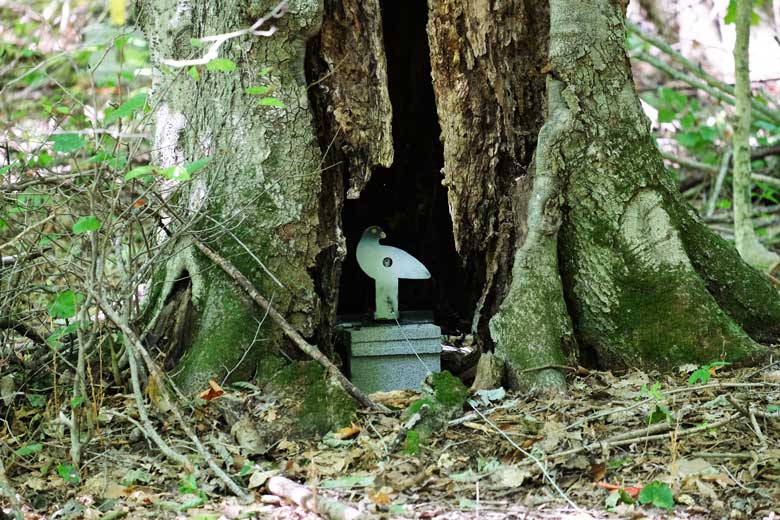 Some of the archery targets were to be seen. But there were no points to be gained for a hit on this lion in the 2019 Pyramyd Air Cup Field Target competition! 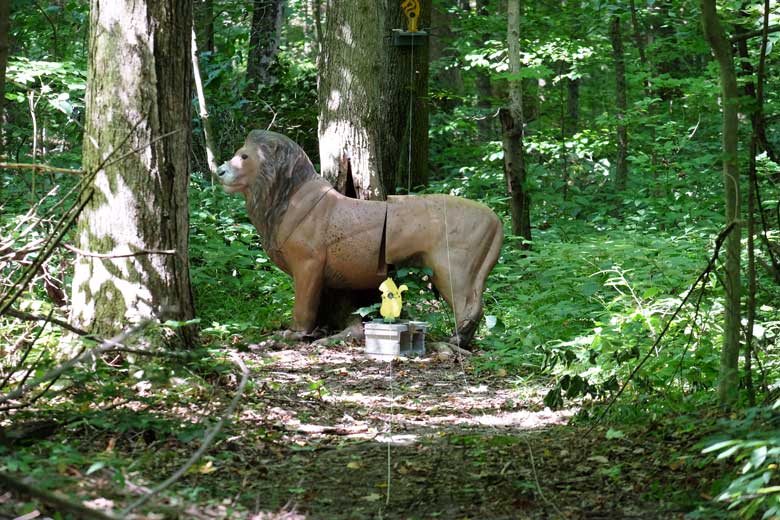 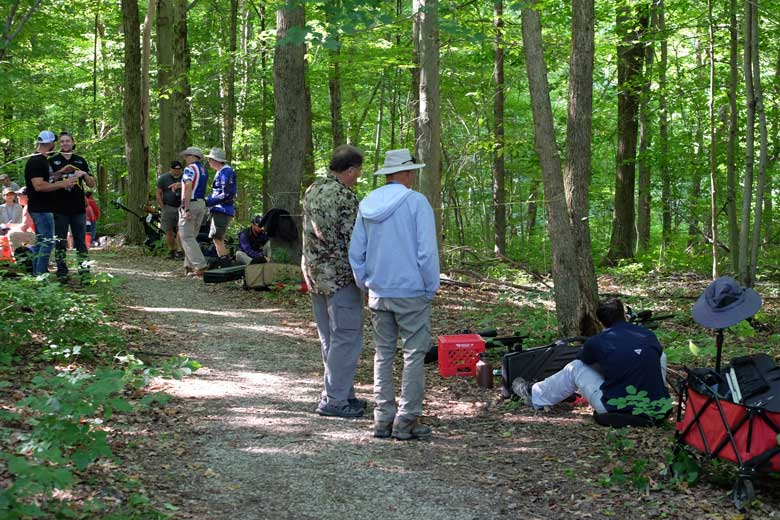 There’s also a large sight-in range with large numbers of targets for practise and scope adjustment. 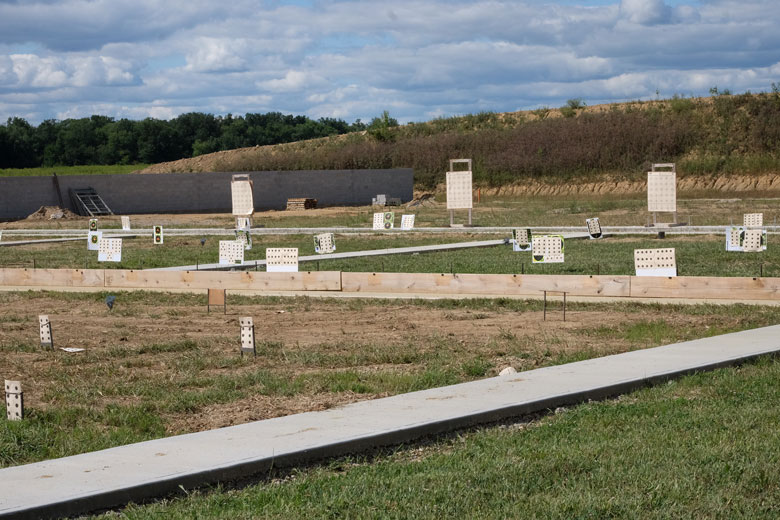 To cap it off, Pyramyd Air was offering 20% off on-site sales for the whole weekend. How could you go wrong?

Next, we’ll cover the Field Target competition at the 2019 Pyramyd Air Cup…