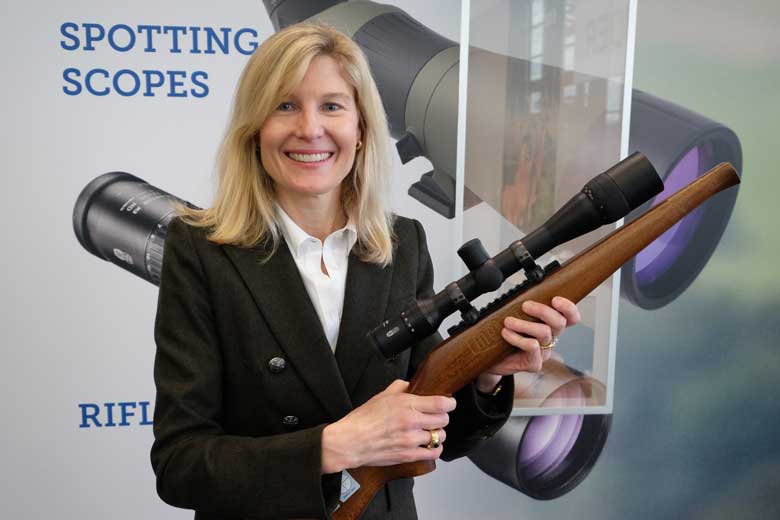 After our last few posts concentrating specifically on PCP air rifles, let’s explore some of the broader range of products being shown by IWA international exhibitors…

One example of such IWA international exhibitors is also a multi-national company. Meopta is based jointly in the USA and Czech Republic. It has a great reputation for quality optics. The company has been in existence since 1933 and produces high tech medical and scientific instruments in addition to shooting-related optics.

Meopta is not often considered by airgun shooters, however, due to the perception that the company does not offer a scope suitable for airgun use. This is not true, however, as Shannon Jackson shows us in our heading photograph above and below.

In fact, the Meopta Meostar R1 4-16 x 44 riflescope is definitely suitable for airgun use on PCP air rifles. It’s an interesting and unusual choice for those looking for a high-end optic for Field Target competition or hunting.

(Don’t try this one on a springer or gas ram gun, folks. It’s not intended for such use and, anyway, may be a little long for such air rifles).

The Meostar R1 4-16 x 44 scope focuses down to 10 Yards and has a very fine Mil Dot reticle. There’s a 30 mm tube and target turrets to complete the package. Maybe customer demand will induce Meopta to introduce more airgun-suitable scopes over time???

We all think of Velocity Outdoor – the company formerly known as Crosman Corporation – as a US domestic player. But don’t forget that the company is foreign from the German perspective! 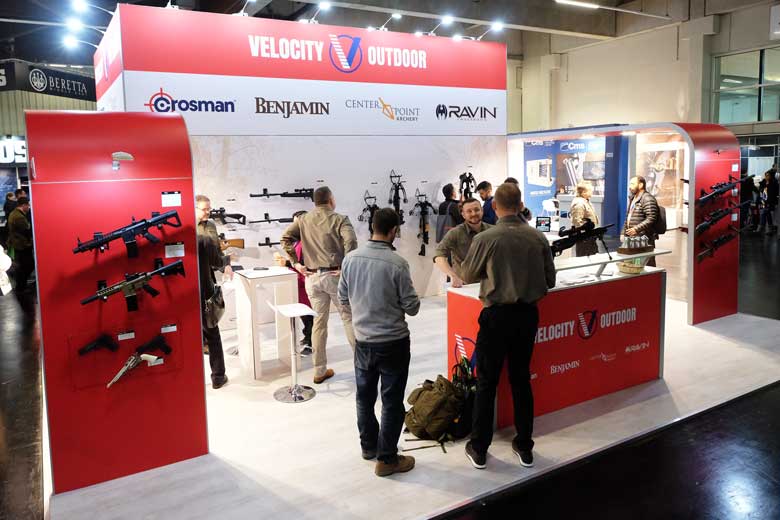 So although all the new 2019 Velocity Outdoor products had been revealed at the SHOT Show in January, they were still new to many of the attendees of the IWA Outdoor Classics show.

Among other IWA international exhibitors, Cometa is a long-established airgun manufacturer from the Basque country of northern Spain.

Below, Cometa Product Manager Iker Osa Ansorregui shows us the new Cometa Advance bullpup PCP that was being launched at the show. 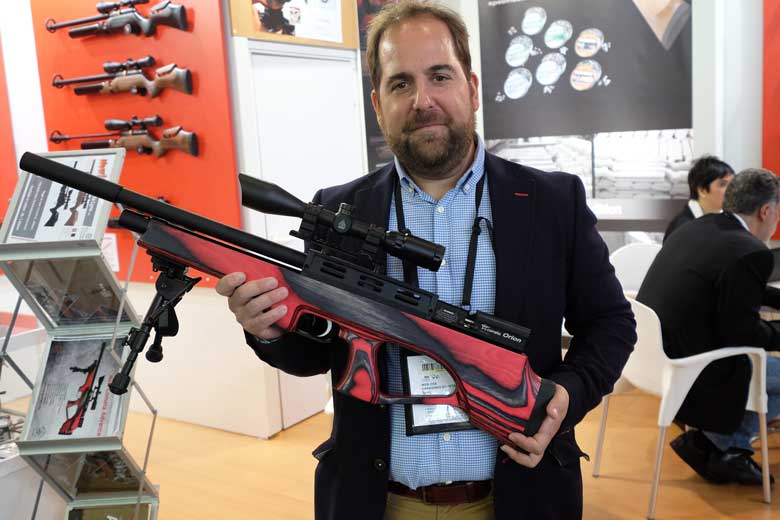 The Cometa Advance is available in calibers from .177 to .30 cal. Power levels are specified as being up to 75 Ft/Lbs in .30 caliber. There’s a regulator, of course, together with a sidelever action and rotary multi-shot magazine.

But what interested me most at the Cometa booth was a prototype of the company’s ZRS (Zero Recoil Springer) concept. Eiker explained all about this to me.

The intention of the ZRS system is to vastly reduce the felt recoil of powerful break barrel spring/piston and gas ram air rifles. True, there have been other approaches to this worthy cause over the years – the Diana 52 springs immediately to mind (if you’ll excuse the pun)… 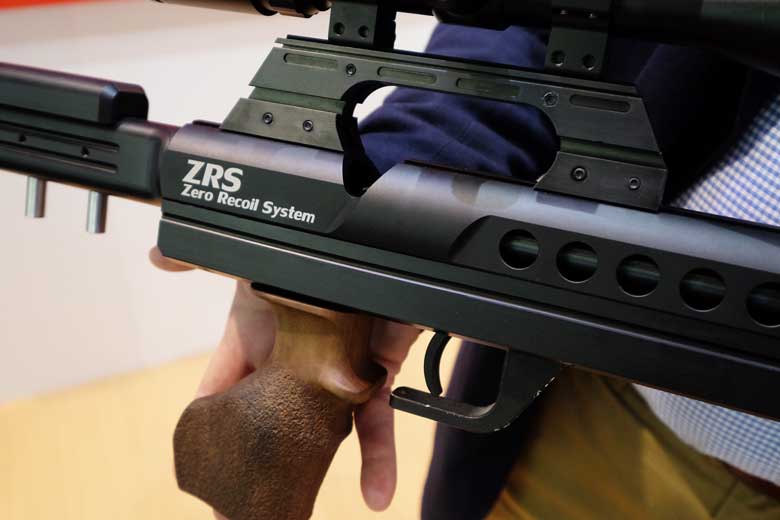 One difference of the ZRS system is that it’s a recoil-dampening system that can be adapted for  almost ANY break barrel air rifle. It’s effectively an exoskeleton which replaces the regular stock.

Eiker told me that a special Delrin recoil buffer absorbs the recoil as the action rolls back during firing. I tried it. It certainly seemed to work spectacularly well! 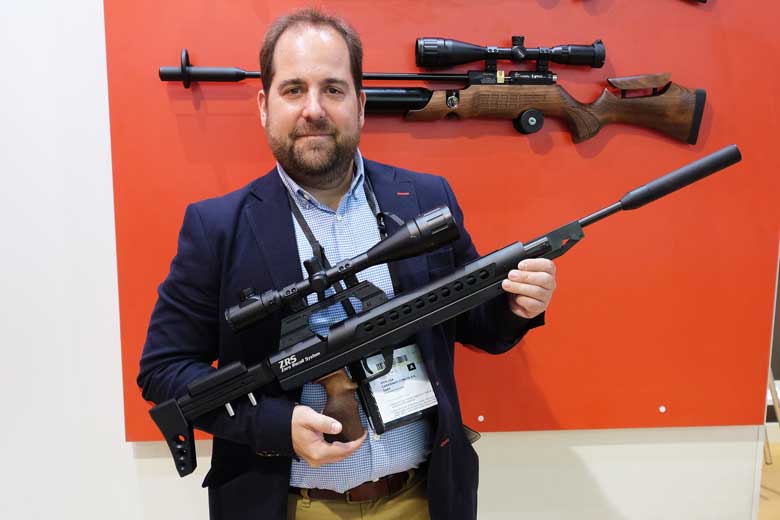 In principal, a customer would be able to buy a ZRS system from Cometa and install it at home on their own break barrel air rifle with just a screwdriver. Then both scope and shooter are isolated from the vast majority of the felt recoil. It could even be exchanged between different guns, should the owner require. That’s flexibility!

Eiker stressed to me that the ZRS system being shown was a first prototype. There’s still development work to be undertaken including reducing the weight of the system and manufacturing development for large volume production.

But here’s an example of IWA International Exhibitors showing product concepts that they feel could be of interest to industry customers and other suppliers.

Will we see Cometa’s Zero Recoil System in the market in future? I don’t know. But one thing’s for sure, showing at IWA is a very good way for the company to get feedback and gauge interest from experts in the industry. Good luck, Cometa! 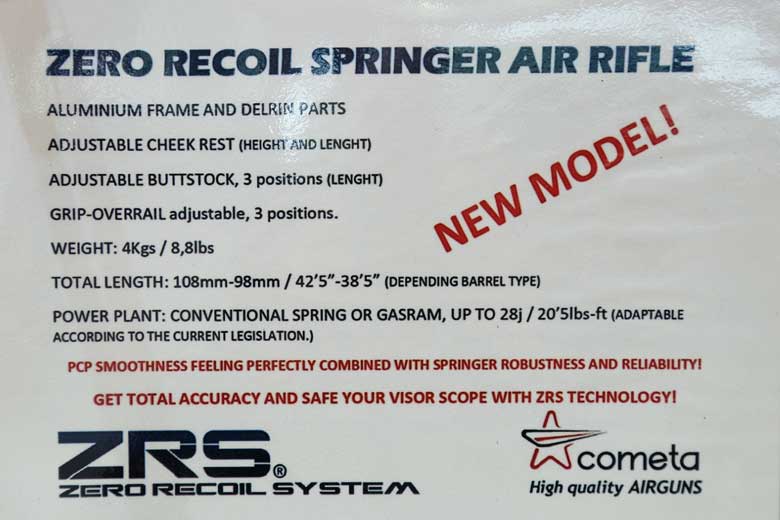 And then there’s High Pressure Air pumps – one of my favorite interests because they have the potential to completely change our sport as the price/performance equation continually improves!

New Warrior Compressor Co, Ltd, has been specializing in the development and manufacture of HPA compressors since 2010. It’s based in Guangdong, southern China.

Company owner James Luo told me that New Warrior Compressors has over 50 staff and has an output capacity of 40,000 compressors a year. 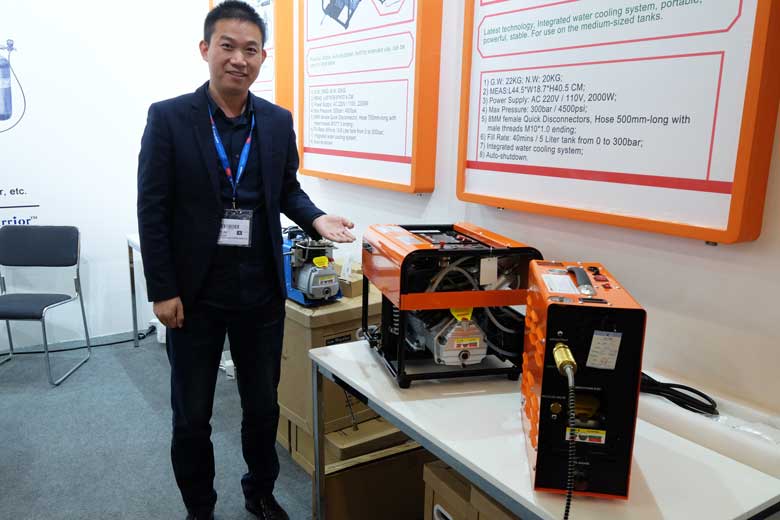 James also stressed that he’s an engineer. His company designs and manufactures HPA compressors, His business model is to work with partner companies that distribute, market and sell these products to users.

You’ll probably recognize several of these products in other colors and brand names. That’s how the OEM business (as it’s called) works. Contacts made at the IWA show are how manufacturing and marketing companies get together to bring us a whole range of new products. 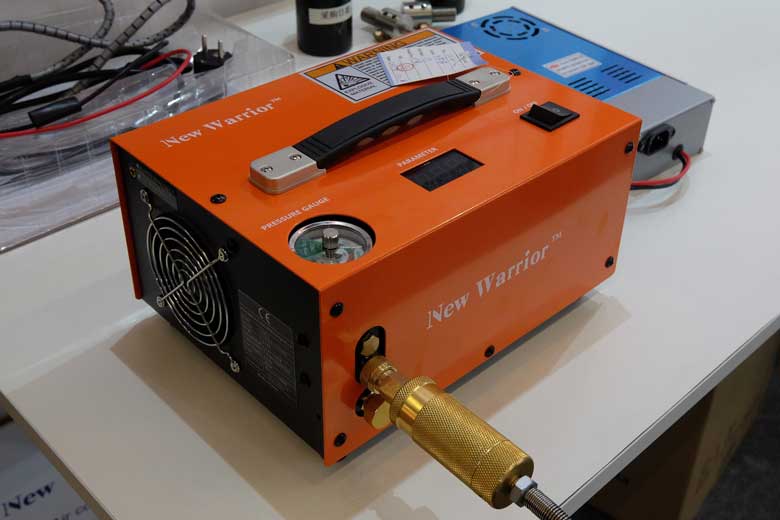 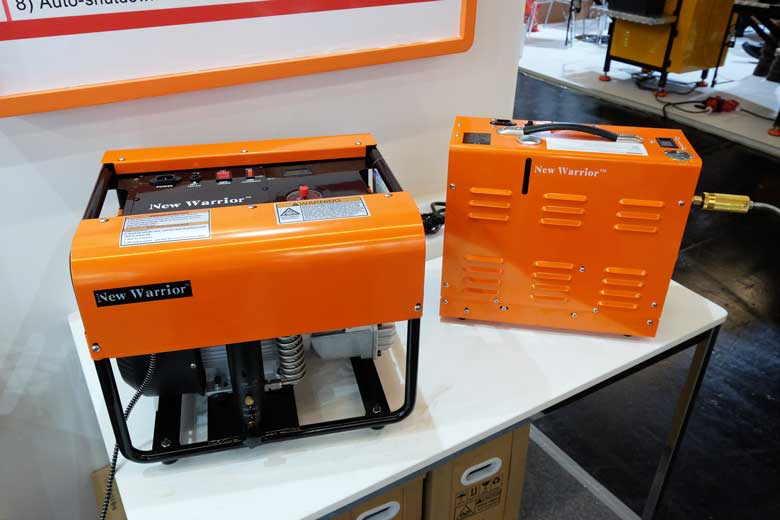 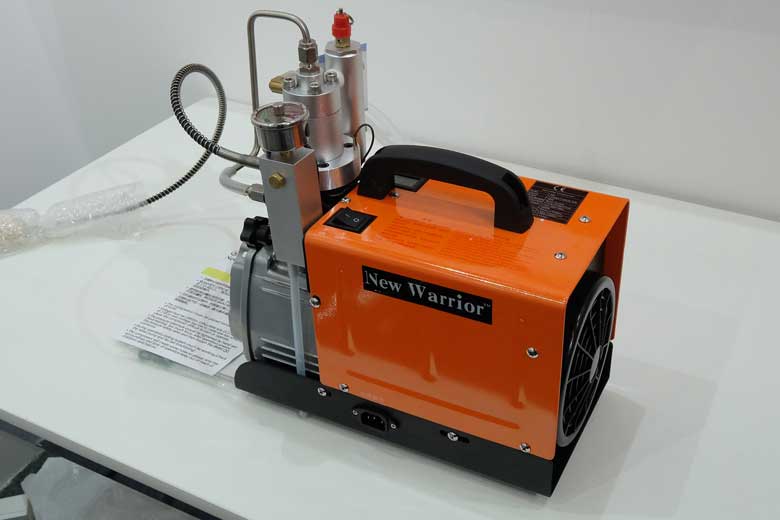 Amazingly, there’s still plenty more new airgun products to see from the 2019 IWA Show. Keep checking back with HAM for all the details! 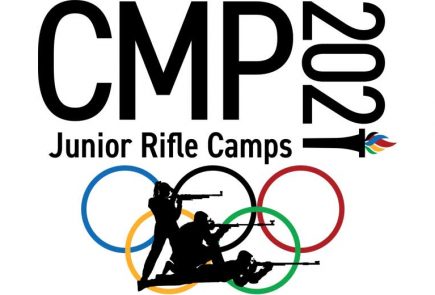