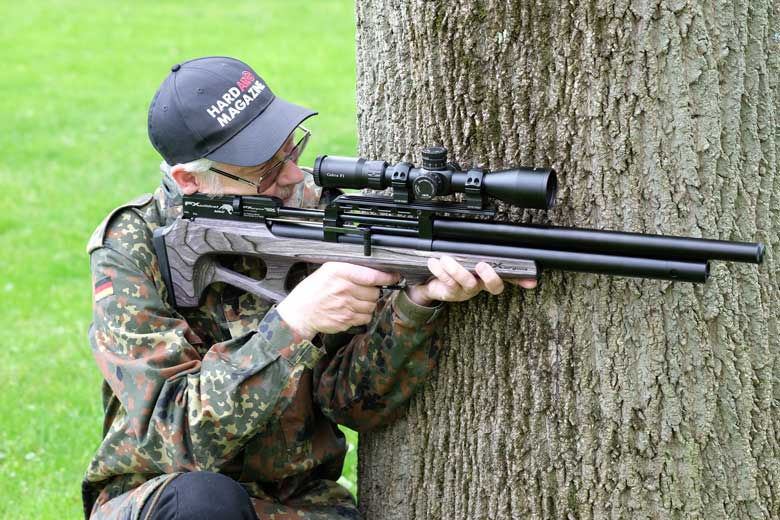 The FX Wildcat Mk II .30 Caliber was announced quite some time back. But strong customer demand has meant that HAM has just recently received a sample for testing. It was worth waiting for!

HAM tested the original Wildcat in .22 caliber back in 2016. We loved it and it earned a HAM Gold Award in the review with a very high 93% score.

Since then, FX has included some updates into the product, also introducing the new .30 caliber version we’re looking at today. The major one is that a regulator has been incorporated to provide a more consistent shot curve. Another change is the incorporation of the latest FX SmoothTwist X barrel, of course.

But there are some other changes, as we’ll see below. 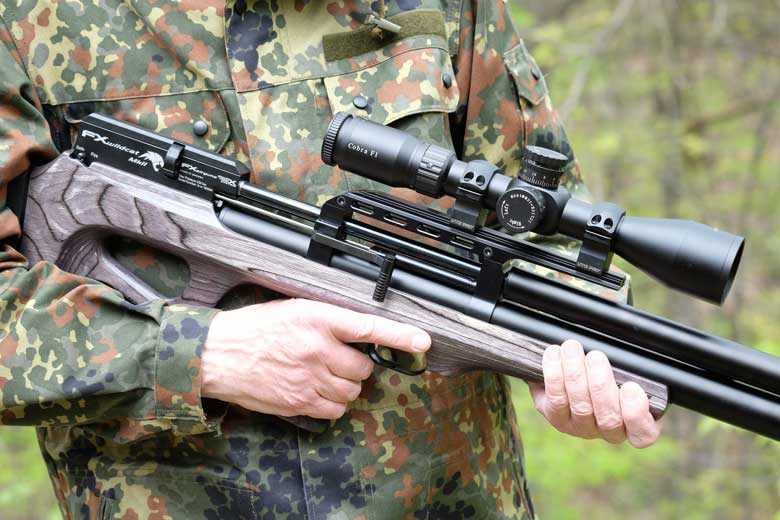 There’s also been some redesign of the sidelever cocking system. The HAM Team did not find any issues with cocking the original Wildcat. However there’s no doubt that the sidelever system of the FX Wildcat Mk II is extremely smooth. It’s a delight to use! 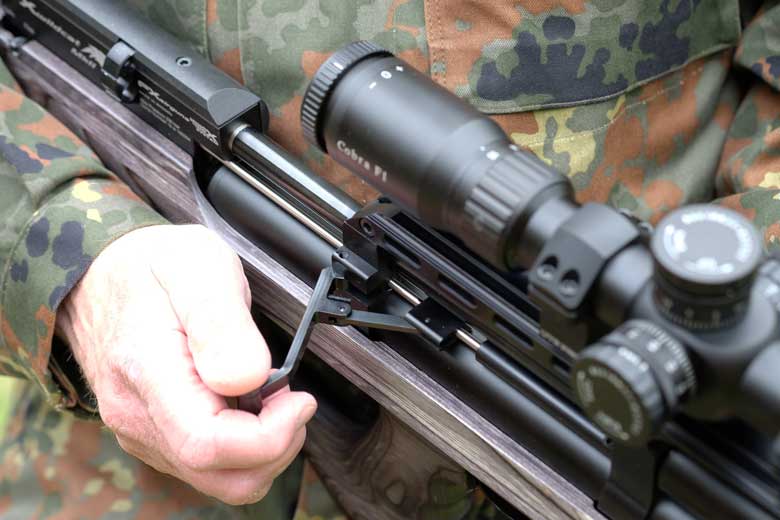 The FX Wildcat Mk II in .30 caliber has a longer HPA tank and barrel than smaller caliber versions. This does not compromise handling, however. Both balance and pointability both seemed extremely good, making the Wildcat  to bring onto target rapidly. This is primarily a hunting gun, after all… 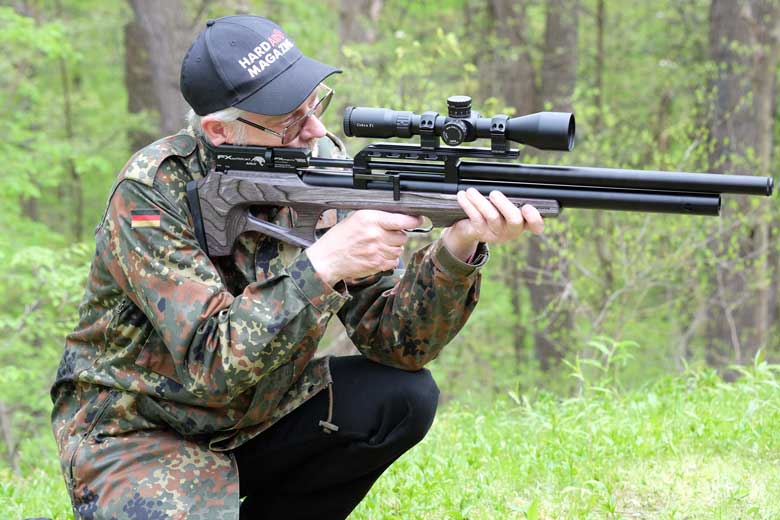 HAM Publisher Stephen Archer has a long neck and usually needs a riser mount with bullpups. However, he found the Wildcat comfortable to shoot without a riser, in spite of the bullpup’s fixed buttpad. 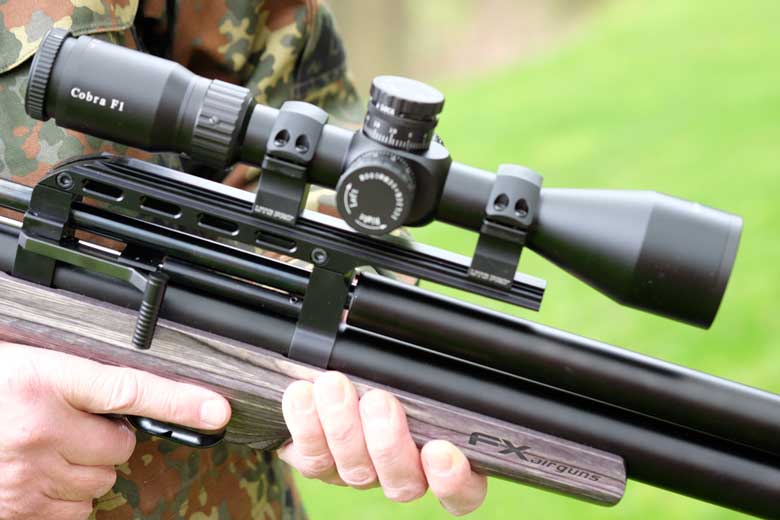 Among further improvements incorporated into the FX Wildcat Mk II is a new magazine which features spring-loaded ball bearings front and rear. The intention of these is to improve magazine loading. It looks like they work! Loading was very easy in the sample tested by HAM. 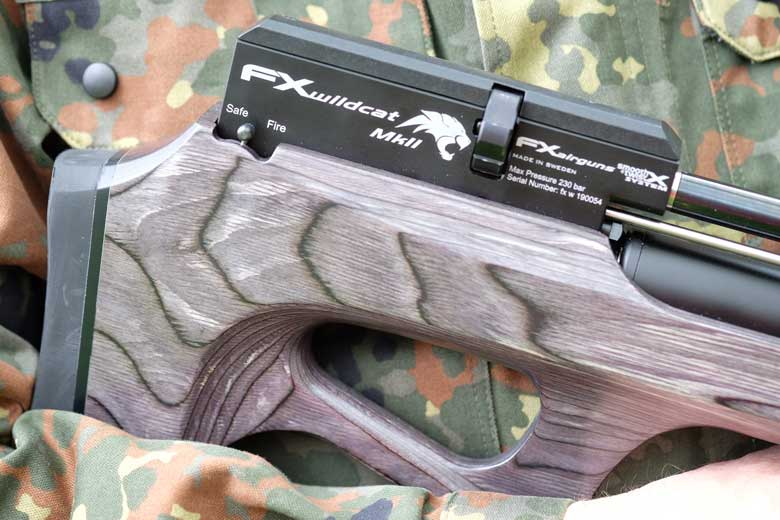 The finish of all wood and metal parts of this Wildcat were superlative – as is expected from any FX product. 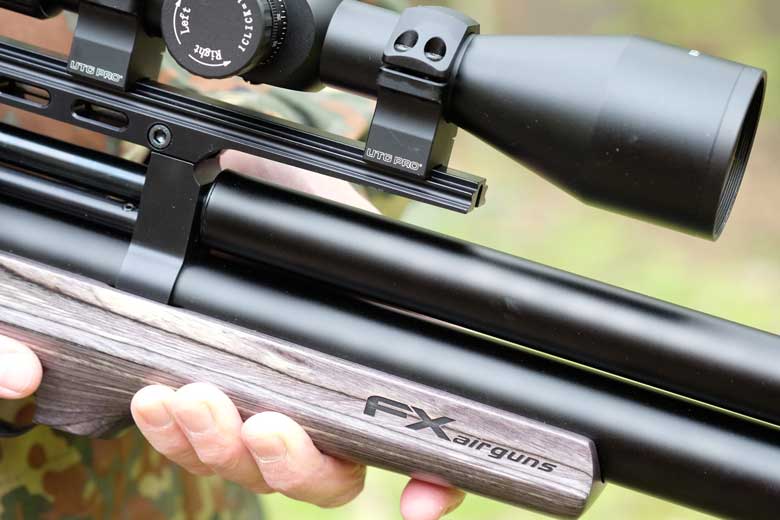 PS. For any of you who are confused about the “Mk II” designation, here’s a little history. The concept started with the British Army, where the second – hopefully improved – version of a rifle (or whatever) was called “Mark Two”.

Version three was known as “Mark Three”. And so on. The abbreviation for Mark Two was, and still is, Mk II. Simple… 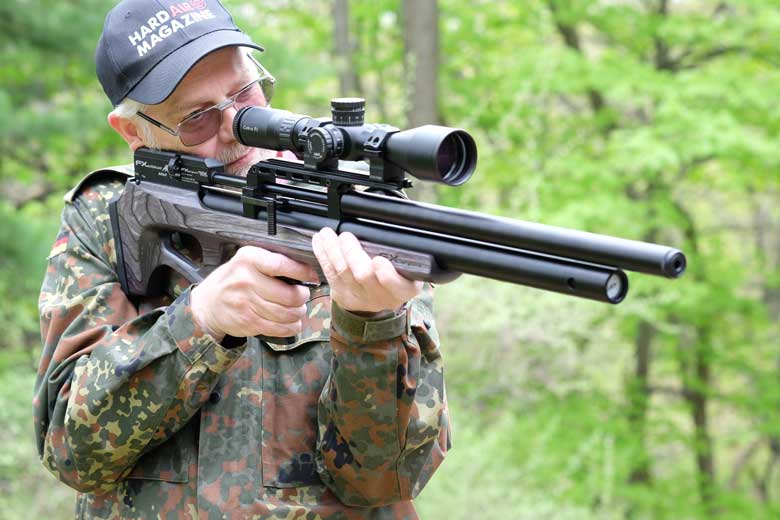