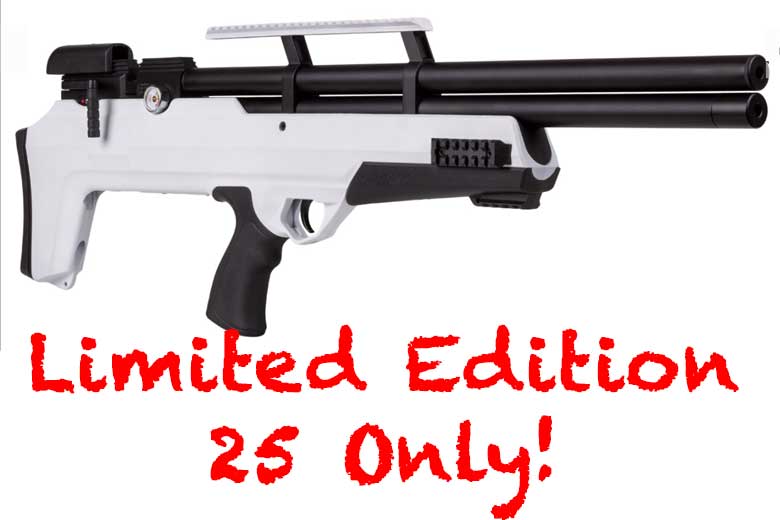 So what’s different about the ForcePup?

Well, it features a white Cerakote-finished stock and Picatinny optics rail. There’s also a certificate of authenticity from the Pyramyd Air Custom Shop.

Pyramyd Air explains that the ForcePup “is a special, exclusive limited edition of this successful and popular airgun that features a white Cerakote stock and optics rail, giving it a sci-fi look. It’s the air rifle to get if you want to feel like you’re in a series of famous TV shows and movies about people fighting wars among the stars.”

Probably .25 caliber would be the most appropriate for battle with inter-galactic forces. However, you can choose .22 or .177 caliber instead, if you prefer. 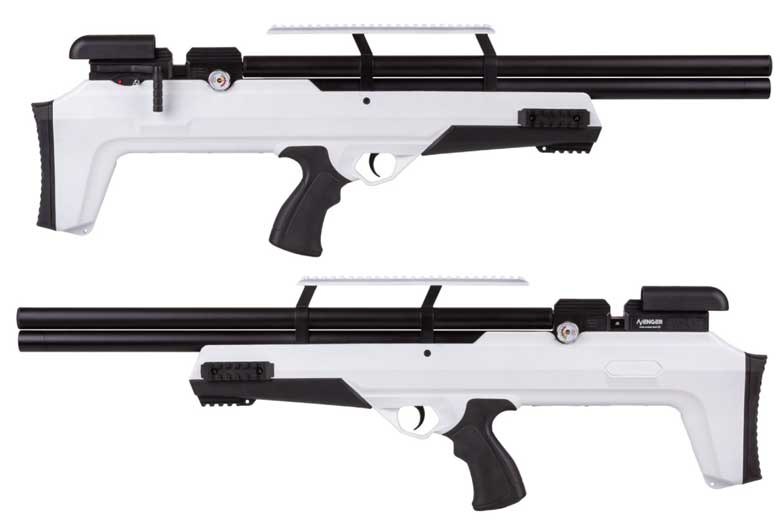 On a more down-to-earth plane, the ForcePup includes all the features of the regular Air Venturi Avenger Bullpup.

HAM reviewed the Avenger Bullpup in .25 caliber. On test it earned a HAM Gold Award with a strong score of 91% in our rigorous testing.

“For this price,” the review continued.  “You get power, accuracy and adjustabilty. The consistency of the test gun matched that we’ve found in the best PCPs at three or four times the price.”