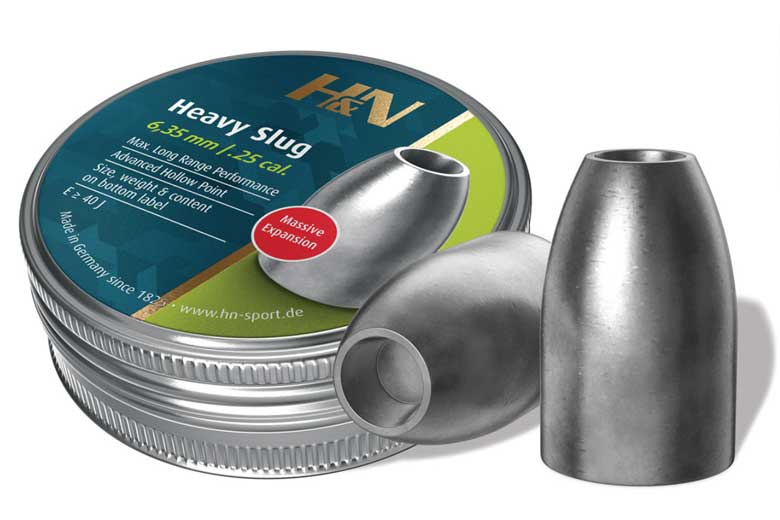 Coming soon to an airgun near you! .25 caliber H&N Heavy slugs are the latest announcement from the famous German ammunition maker.

H&N already has a range of .25 caliber slugs in a number of weights. These are 28, 30, 32 and 34 Grains. And we know that H&N slugs are of excellent quality based on the HAM test review of the 27 Grain, .217 Caliber versions, where they earned a Gold Award.

To add to the existing .25 caliber range, H&N has announced a range of heavier slugs. In addition, they will also be available in two versions: .249 and .250 calibers. The Ballistic Coefficients range between 0.114 and 0.133, as we’ll see in the table below.

These new introductions will give H&N a huge range of slugs in .25 to match the massive variety they are already producing in .22 caliber.

.25 caliber H&N Heavy slugs have a hollow point and dished base. The company says that they provide massive expansion in the target and – thus – the probability of a humane, one-shot kill for the hunter.

But with such a huge range of H&N .25 caliber slugs becoming available, what weight should you choose? 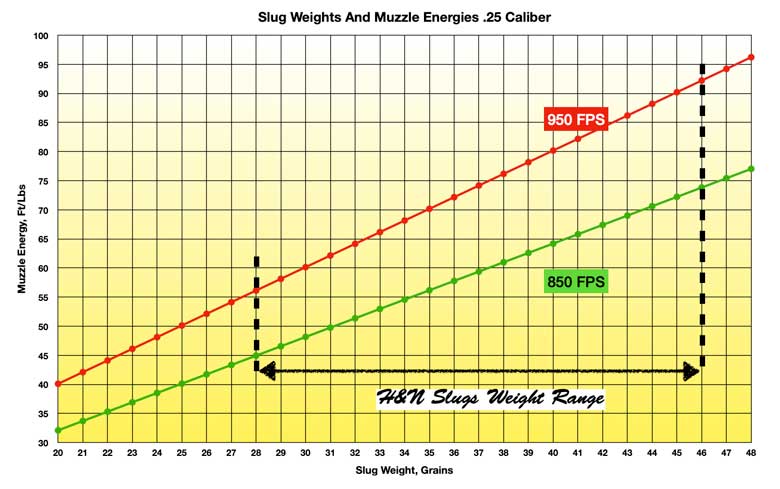 Like HAM, H&N generates its Ballistic Coefficient values using Labradar to measure velocities. The company is also aware of the importance of Muzzle Velocity in the determination of BCs and so the data here indicates both for each weight of the new .25 caliber slugs. Thanks for sharing, H&N!!!

H&N clearly is creating one of the widest ranges of slugs in the airgun world. So, if you’re interested in shooting slugs and your PCP is powerful enough – it makes sense to consider these new .25 caliber H&N Heavy slugs.